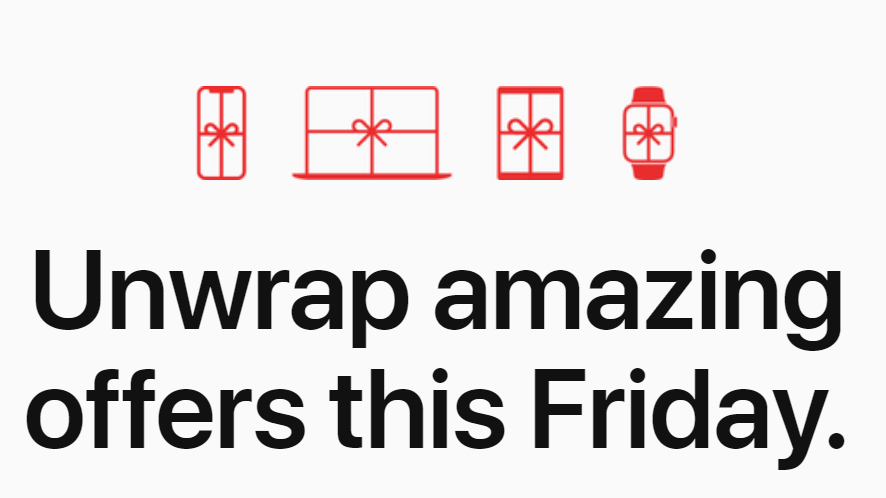 Apple has announced partial details for its 2019 Black Friday sale: At least some Apple products will net you an Apple gift card of up to $US200 ($295) when you buy online from Apple, at an Apple store location, or from Amazon and other third-party sellers. The offer will last from November 29th through December 2nd. But is that really a good deal?

This offer is similar to last year’s Black Friday deal, in which Apple gave out gift cards of varying value depending on which product you bought, paired with some modest price drops. Apple hasn’t listed which products are eligible for the 2019 gift card deal, nor what the specific gift card values will be, but we don’t expect to see anything too exciting since, frankly, the deal isn’t that great in the first place. Expect to have to plunk down for an expensive Mac if you want the $US200 ($295); you won’t get that for a meager Apple Watch, for example.

You can probably do better if you’re willing to wait and/or do some digging for better sales, since there are often tons of third-party offers around this time of year that yield greater savings. We’ve even covered a few that cropped up over the last few weeks—including this one for up to $US160 ($236) off the 16-inch MacBook Air and up to $US80 ($118) off the Apple Watch Series 5.

Sure, you could look at the gift card as an after-purchase rebate of sorts for the products themselves—and as long as Apple is offering a free trial of Apple TV Plus with the purchase of an Apple device, it’s an easy way to get in on the company’s new streaming service.

The gift card bundle is really more of an incentive to purchase more stuff from Apple: a few accessories or additional devices, for example. It’s a nice perk, but it’s limited in its use and doesn’t actually “save” you any money upfront. Also, other stores that sell a lot more than just Apple stuff might offer a similar deal, like Target’s “get a $US200 ($295) gift card with a new iPhone purchase” offer.

Historical evidence points to the potential for even better discounts between now and the end of the year that will undercut even Apple’s gift card bundles—if you’re willing to risk the last-minute holiday shopping blitz. We recommend spending some time checking out the latest offerings from an enthusiast site like MacRumors, which is cataloging each and every Black Friday deal it can get its hands on. Some, already, will save you even more cash up front than than the “discount” of a $US200 ($295) gift card.