If you’ve ever searched for flights extremely last-minute in a panic”and somehow stumble across a good deal”there’s almost always a catch. Chances are, the catch in question might involve two (or more) layovers and three flights just to get you to your final destination only a few hours away.

Over on a recent Reddit thread, users shared stories of having booked flights with multiple connections to save on airfare”and evidently, some people are willing to go to extremes. “Five flights, four stops, just under 29 hours total travelling time,” one user wrote. “Was brutal. Would not recommend.”

With the holidays around the corner, you might be forced into this situation by necessity. But what should you know before venturing on a 29-hour journey just to get from one coast to the other? Well, we should preface this by admitting that it generally depends how you booked; if you opted for one itinerary through a single airline, it’ll probably be easier than booking entirely separate itineraries. Below you’ll find several important factors you should consider before arranging the single longest travel day of your life.

Set aside enough time to make each connection

If you’re flying an itinerary with more than one layover, always check to make sure you have enough time to make each connection”especially if you intend to book each connection separately. Why? If your first flight is delayed and you miss your subsequent flight as a result, that airline won’t automatically re-book you on the next flight; in this instance, you might be forced to pay for a same-day flight change or buy a new flight entirely. (Here’s our guide to change fees by airlines.)

For this reason, it’s best to map out your connections in advance. Make sure to have all boarding passes printed, know your gate information, and anticipate any terminal changes in advance. If you’re flying internationally, you should allot more time than usual during a connection to re-enter security. (Washington Post recommends a standard buffer time of at least two hours to make most connections, but this depends on the airport and airline. If it’s a small, regional airport, for instance, maybe 45 minutes is fine.)

If, on the other hand, you’ve booked all connections on a single itinerary, that airline (or those partnered airlines) likely won’t allow you to book a connection unless you have sufficient time to make your flight, anyway. Still, it doesn’t hurt to double-check your gates’ proximity to one another and take a look at how dependable your connections may be. Using Google Flights, for example, you’ll usually see alerts that indicate the reliability of your connections, based on historical data; if it’s an especially tight connection, it’ll flag it, so you’re made aware before booking.

When you’re changing planes several times in one day, it’s important to ask an airline attendant at check-in about their policies on checked baggage and whether they will voluntarily transport your bag from one flight to the next. Alternatively, you might be responsible for picking it up at your arrival airport.

As we’ve written before, generally, if you’re flying connecting flights between different airlines, you will have to claim your bag and re-check it at a bag transfer station or the airline’s check-in counter. There are exceptions, though. United, for instance, will transfer bags between its partnered airlines.

This is why it’s best to ask an attendant to check your bag to your final destination, if possible. (If it isn’t, they’ll at least inform you of what to do at your connecting airports.) If you’re travelling internationally and connecting at a domestic airport, you’ll also likely be responsible for re-checking your bag, so pay attention to bag transfer stations when you arrive.

Of course, the single easiest way to avoid all of this trouble is to avoid checking a bag altogether. Just make sure to pack appropriately (ie. liquids less than 100ml for international flights) and avoid booking basic economy seats, which involves you boarding last, losing out on overhead compartment bin space, and potentially gate-checking your bag. 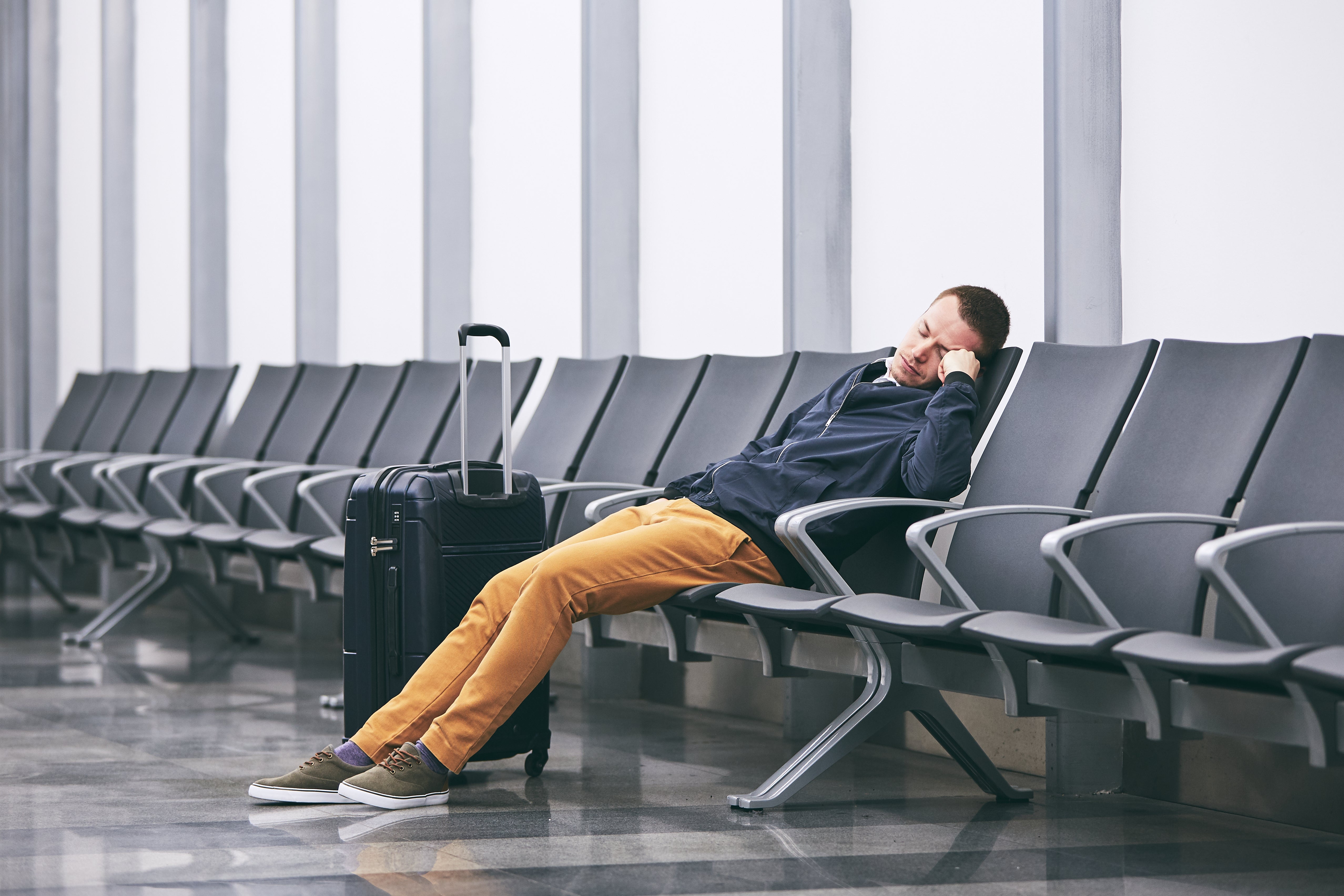 While a multi-stop itinerary may seem like the best deal, it’s best to understand when it’s just not worth the extra time and effort. If you’re flying separate itineraries, you’ll have to account for checked bag fees for each flight (if they do not automatically transfer your bag), whether you want to splurge on seat assignments for each flight, the costs of food and other amenities if a layover is especially long, and the very real possibility of missing a connection and paying for a same-day change fee if you booked separate itineraries.

In the end, saving $100 on airfare might not be worth it for your wallet (or personal sanity). Our advice would be to budget out each connection, anticipate your spending, and comparing the alternative travel options. And in case you need a little insight, here’s a guide on the most expensive airports in the country (and why you just might want to avoid Newark International Airport, in particular).