The Best Ways To Set Up Disney+ Before You Start Streaming 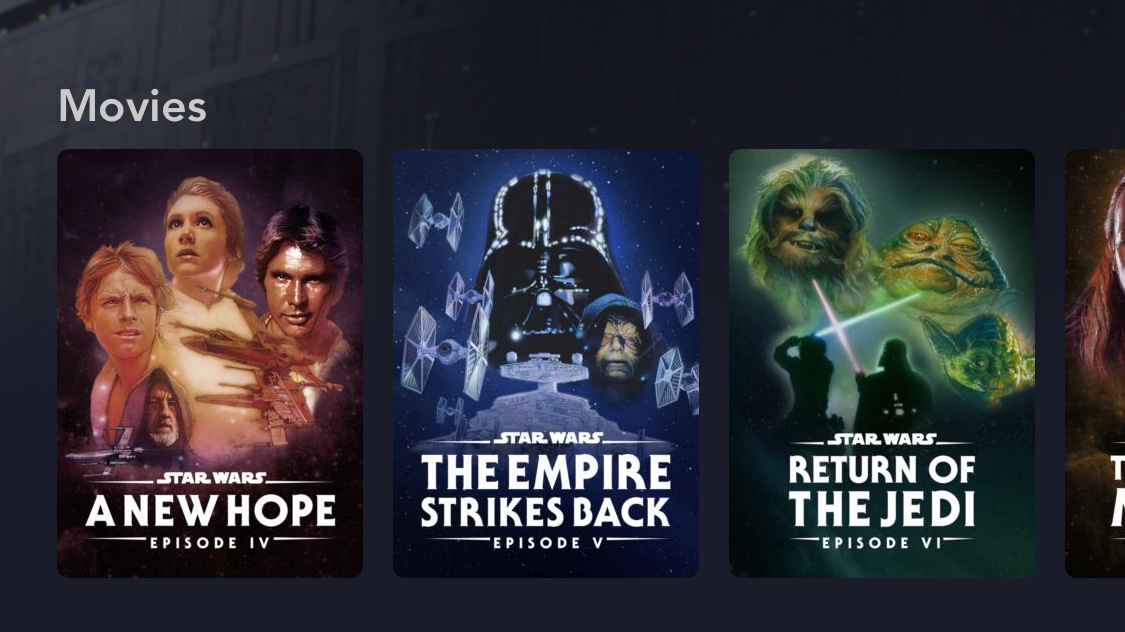 The day has nearly arrived for Australians — Disney+ launch day, that is. Here’s created a guide that will help get you started with Disney+ when launches on 19 November in Australia.

This includes how to quickly install the app on your various devices, activate your free service (if you’re eligible for certain promotions), and which Disney+ settings to adjust to get the best streaming experience possible.

Disney's new streaming service, Disney Plus, is coming to Australia next week and it's just announced some of its Australian lineup. Here are the titles you can look forward to watching on November 19.

Are there any great Disney+ deals right now?

As of when we published this article, not really. You can save a few bucks by opting for a 12-month subscription for $89, which works out to around $7.41 per month. That’s a damn sight cheaper than 4K streaming options from rivals like Netflix, but to get that price, you’ll need to commit to a whole year.

Where can I download Disney+ for my favourite device?

Disney+ is available on plenty of devices. Why bother fiddling with their UIs when you can just jump directly to installing the app, instead?

You can also download Disney+ for your Samsung and LG smart TVs.

What about the Nintendo Switch?

Sorry! I wouldn’t hold my breath for a Switch app for Disney+, but you never know. But, hey, at least you get a bunch of Zelda games to play.

What if I can’t get into Disney+? What’s happening?

A lot of people are facing troubles in the United States when trying to log into Disney+. Disney is sorry that you can’t watch Herbie Goes Bananas right now, but it probably should have known better.

The demand for #DisneyPlus has exceeded our highest expectations. We are so pleased you’re excited to watch all your favorites and are working quickly to resolve any current issues. We appreciate your patience.

Feel free to commiserate with others in the official Reddit thread for all technological issues. Hopefully Australians won’t face the same situation when it arrives on 19 November.

Are there any settings I should tweak once I’ve installed the Disney+ app?

Why, yes! In fact, the first thing you do once you slap Disney+ on your smartphone or tablet is hit up its Settings menu and make a few changes. (You can probably do this via the web / your TV apps as well, I’m just unable to log into either at the moment to show you. Ah, launch day.)

First, and most importantly, you should set up different user profiles for anyone who will be accessing your account—family members, of course. You can have up to seven, and each can have its own pretty little Disney-themed picture. Parents can mark accounts as belonging to “Kids” as well, which limits the content they can see on the service to family-friendly things. 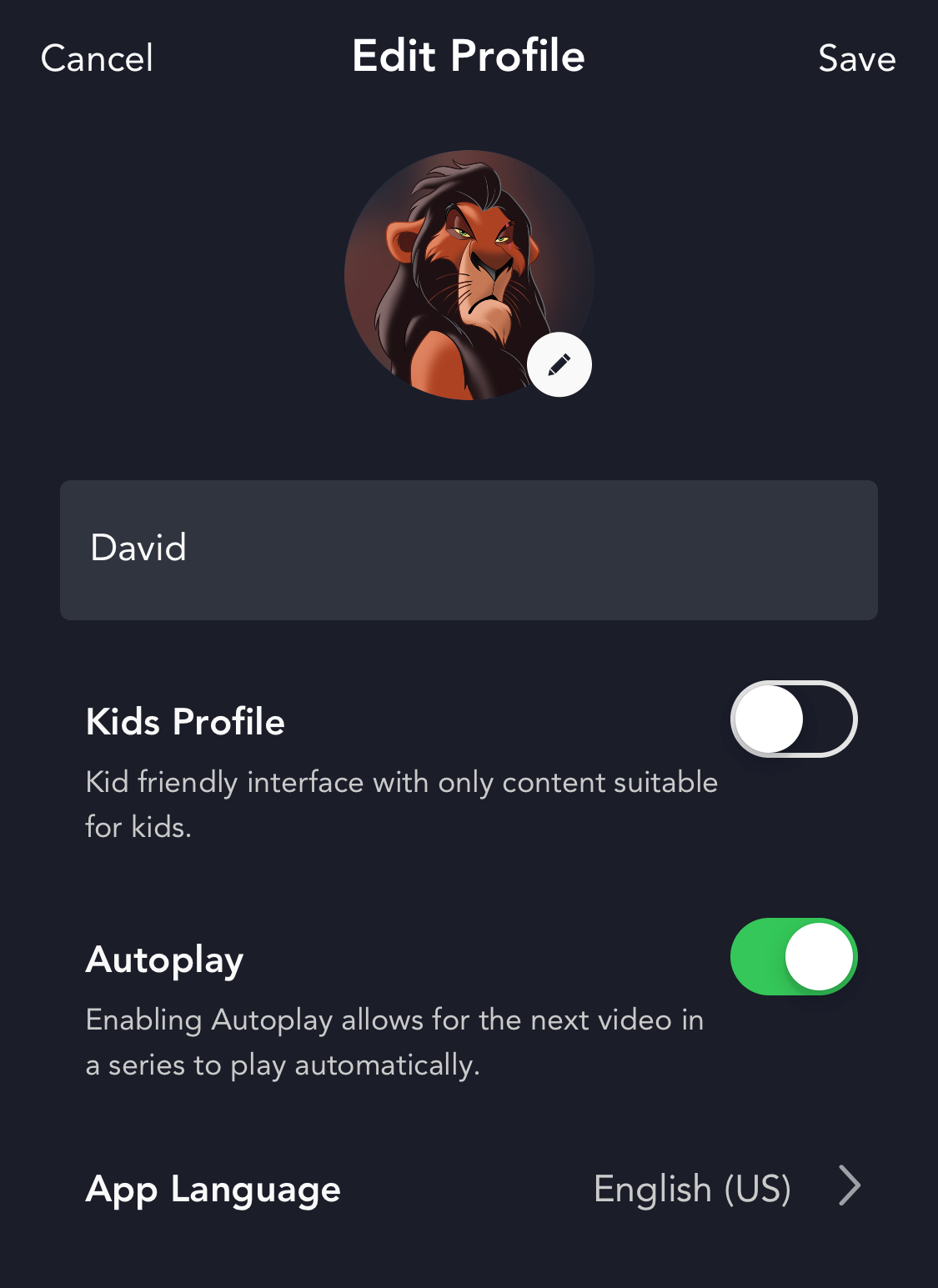 Back on the main Settings screen, I recommend tapping on App Settings, which will pull up this screen: 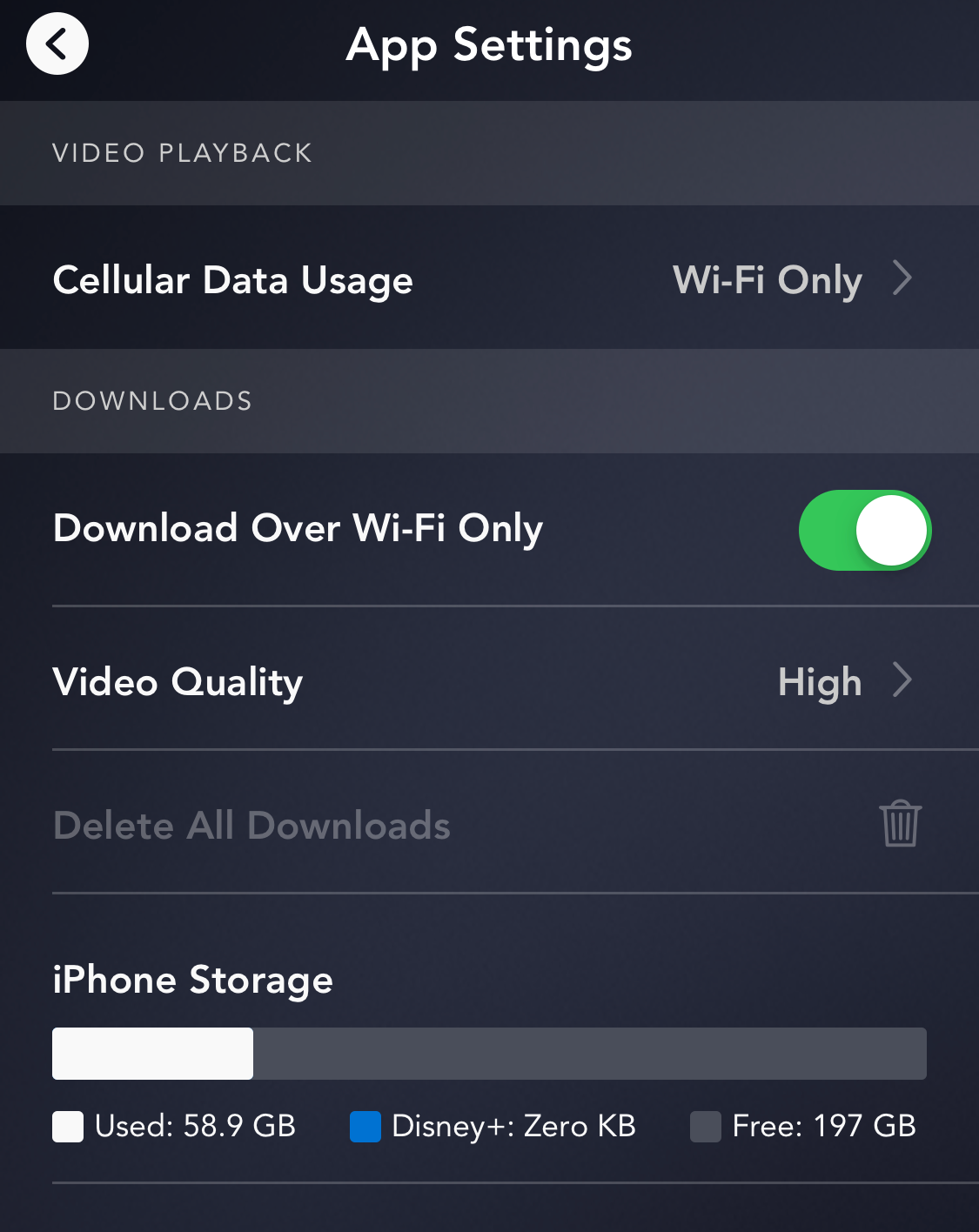 I’ve already set my preferences, so what you’re looking at aren’t the defaults for when you install the app and/or first start your Disney+ service. I’ve set my device to only stream Disney+ over wifi, because I don’t want to burn through my cellular data plan, but you can also pick from “Automatic” or “Save Data” modes if you’re a little nervous about how much you’ll be watching.

Similarly, I’m only downloading content from Disney+ over wifi, but I did adjust the app to grab high-quality videos—not its default setting. That will eat up a lot more space on my iPhone, but that’s how I roll. (You can check what formats are available for a specific movie or TV show on the “Details” tab of its information page.)

While you can download whatever you want from Disney+, you’ll have to log your device onto the internet at least once every 30 days to reauthenticate the licence. That shouldn’t be a problem for most people, but it’s a good FYI if you’re planning to take an extended vacation and can’t bear the thought of being away from your favourite animated classics.

We’ve covered this pretty extensively. Also, you can just pull up the guide in the app/website itself, but in case you need a little more assistance, we have resources.

And here’s a list of what’s coming up on Disney+ over the next few weeks:

Where is Black Panther?

I don’t know. No idea when that’s hitting Disney’s streaming service, and it’s an odd omission.

Yes, even though someone is going to jump into the comments of this article and tell you what an arsehole you are (or I am) for suggesting that. Disney is allowing up to four simultaneous streams per account—for you and your family, of course—and is going to have some background magic to ascertain whether you’re really sharing your account in a household or with a bunch of strangers on the internet.

Kudos to Disney, at least, for not launching Disney+ with more-expensive family plans with different streaming options (and video quality settings). Here’s hoping it isn’t inspired to make some modifications if, or when, people do too much account-sharing.

Not quite. One unannounced perk of Disney+ is that you can now watch every single Star Wars movie in 4K, with support for Dolby Vision and Dolby Atmos. Yes, please.

Unfortunately, to balance out the karma for that, Disney went ahead and fucked with the Greedo scene again. At this point, I’m waiting for the 4K re-release of the original trilogy, which will surely have Greedo donning sith robes next to an “EVIL” neon sign just to make it very, very clear that Han Solo did not, and never would, shoot first. Sigh.