Mock meats are slowly but surely infiltrating the fast food world from Hungry Jack’s to Beyond Burger to Domino’s new plant-based beef topping. We recently taste-tested one of the newest challengers to enter this burgeoning market: The Alternative Meat Co’s Lasagne Dog. Here is our verdict.

The Lasagne Dog is a fake-meat hot dog made by Alternative Meat Co in partnership with Deliveroo and vegan chef Shannon Martinez. The hero ingredient is the Alternative Meat Co sausage, which is 100% vegan. Unlike some meat substitutes, the “beef” contained in the sausage is formulated to look, cook and taste just like the real deal. (In reality, it’s made from soy, wheat, and pea protein.) 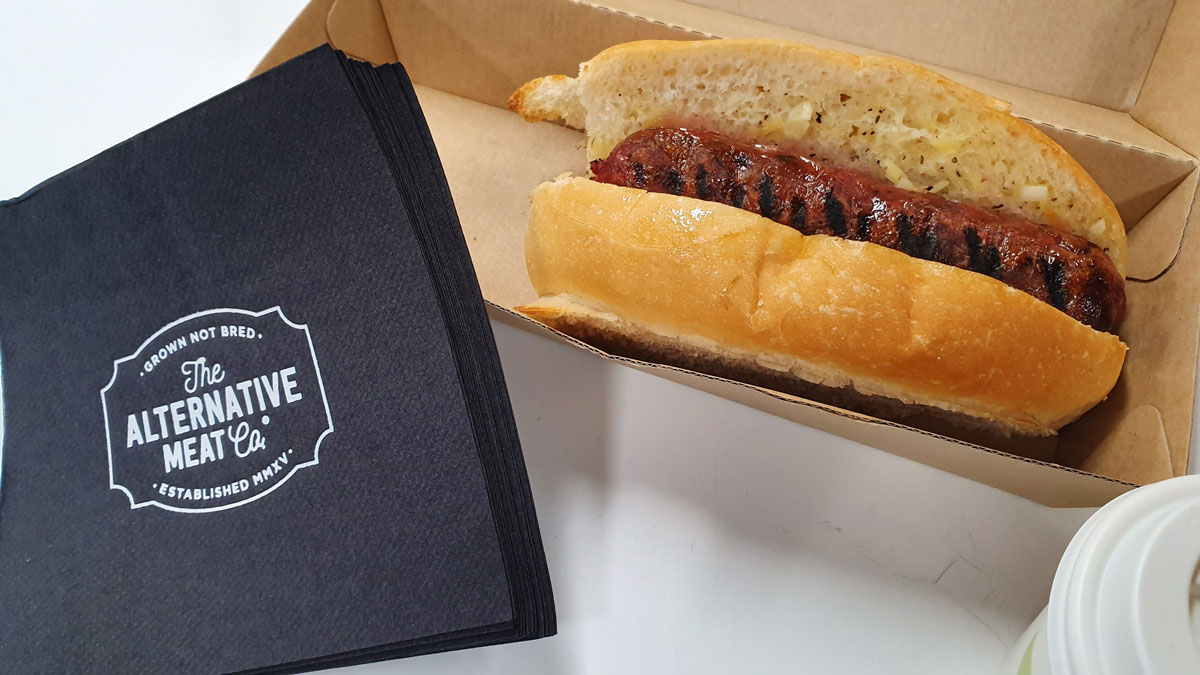 The Lasagne Dog is currently being offered exclusively through Deliveroo in Sydney and Melbourne for $12. It’s not too hard to make your own, however – we’ve included the full recipe at the bottom of the article.

But first, the obligatory Lifehacker taste test. Here’s what our team — which includes four carnivores and a vegetarian — thought of the hot dog.

The Lasagne Dog comes in a miniature kit that you need to assemble yourself. (The cheese, herbs and bolognese sauce are housed in small containers separately to the dog.) While this allows you to control the quantity of condiments, it also means you can’t tuck straight in. You’re also going to need a spoon — we tried pouring the bolognese onto our dog only for it to plop out in one huge, messy chunk.

The flavour profile is dominated by the garlic butter, which is no bad thing. The taste and texture of the sausage, meanwhile, is perfectly faithful. I was also a big fan of the bolognese sauce which lingers on the palate for hours. The cheese wasn’t anything special, but overall this was a very tasty hot dog. If I were to eat it again, I’d probably substitute the bread and cheese for non-vegan versions. But for die-hard vegans, this thing is great.

I’ve tried mock meats a few times on account of having a few vegan and vegetarian friends and they’ve been mostly impressive. Plant-based sausages, however, have never been high on my list to try. They arrived with the toppings separate (good call) and I piled them on like I was Salt Bae himself. The first few bites were filled with a pretty tasty combo of vegan Béchamel sauce, vegan cheese and a plant-based Bolognese mixture.

Eventually, I got to the plant-based sausage part of the hot dog and it was pretty nice. The texture was a bit softer than a regular beef sausage and it definitely didn’t taste the same but that’s also not what you want taste. It’s hard to tell whether I’d want one of these sausages by itself in a standard bangers and mash dish but in the Lasagne Dog, it was a treat.

I’m hesitant to call this a lasagne because it was more reminiscent of a plant based hot dog on a garlic bread roll.

Semantics aside, I was very into the bolognese sauce, which was rich and tasted meaty. While the ‘hot dog’ element was also tasty, it’s the fake meat sauce that really made it for me.

The sausage tasted great! The texture was a bit off-putting at first because it felt more like lentils than meat, but the flavour was great. It also felt super healthy, which was a nice change from the grease of the everyday sausage. I’m a full-time meat-eater, but I’d use this as a substitute when I want to be a bit healthier or reduce my meat intake.

As a vegetarian for more than 10 years, I am so excited that fake meats are making their way to the mainstream, however I haven’t enjoyed eating them myself as I find they taste like I’m eating a novelty food. The Lasagne Dog genuinely surprised me with it great flavor and texture and i am very excited to eat again. 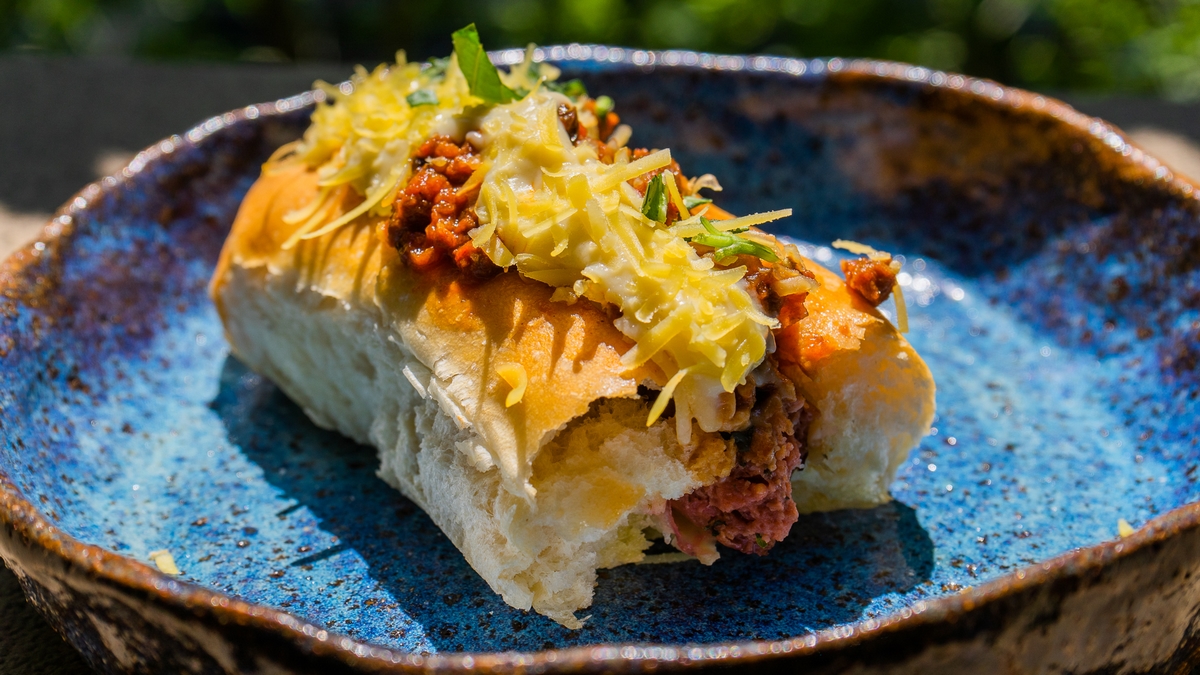 The The Lasagne Dog is available on Deliveroo for $12 until the end of the weekend (Sunday 3 November.) However, you can recreate the magic at home via Alternative Meat Co.’s online store. Here’s the recipe, courtesy of Shannon Martinez: