I just lost at chess to Bobby Fischer, three times in a row. Then for a change of pace, I lost to Magnus Carlsen, world champion since 2013. Then I lost to the lowest-ranked player I could choose, 15-year-old Abhishek K. Over 29,000 people can play chess better than Abhishek. I cannot.

Losing these five games took about twelve minutes. I played them on Chess DB, a site for studying and playing chess. On the site, you can play simulations of thousands of ranked players from around the world. You can also study your past games, and games others have played on the site and in real-world matches, move by move. 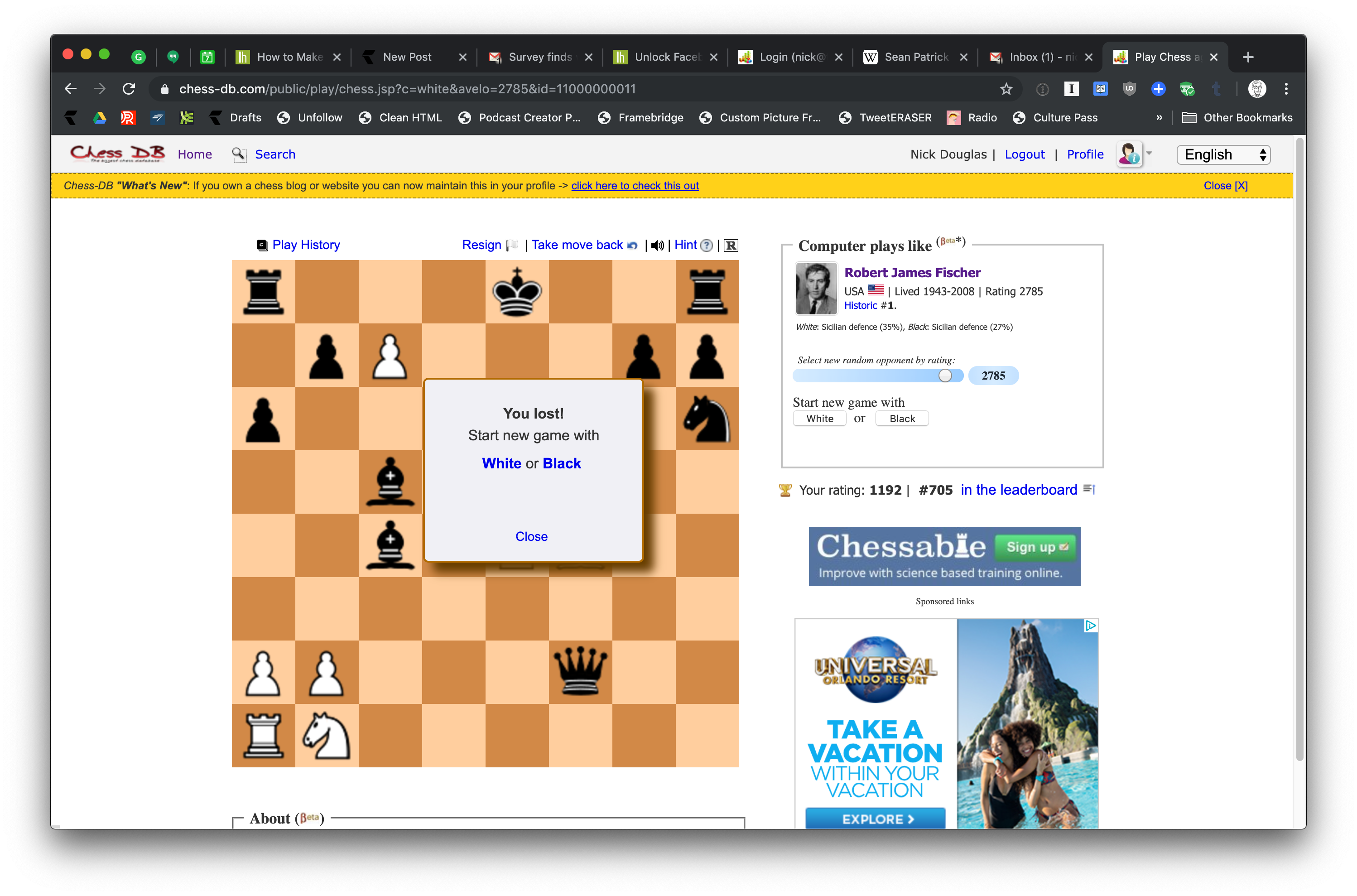 Chess DB can describe your “quality of play” and identify familiar patterns, like common openings or checkmates. It can even help you prepare for games against certain players, by analysing your past games and theirs. I’m not sure how well this works. My playing style is so maverick, so game-changing, that it remains unclassified. My quality of play is “N/A.”

The site has an unpolished, old-school interface, but it’s easy enough to dig into its many nerdy statistical tools from the front page, such as uploading and downloading game logs, analysing any given game position and the win chances for each player, several ratings calculators, and comparisons of the popularity of different game openings over 20 years of play.