Make Your Own Marshmallow Fluff For Better Yams 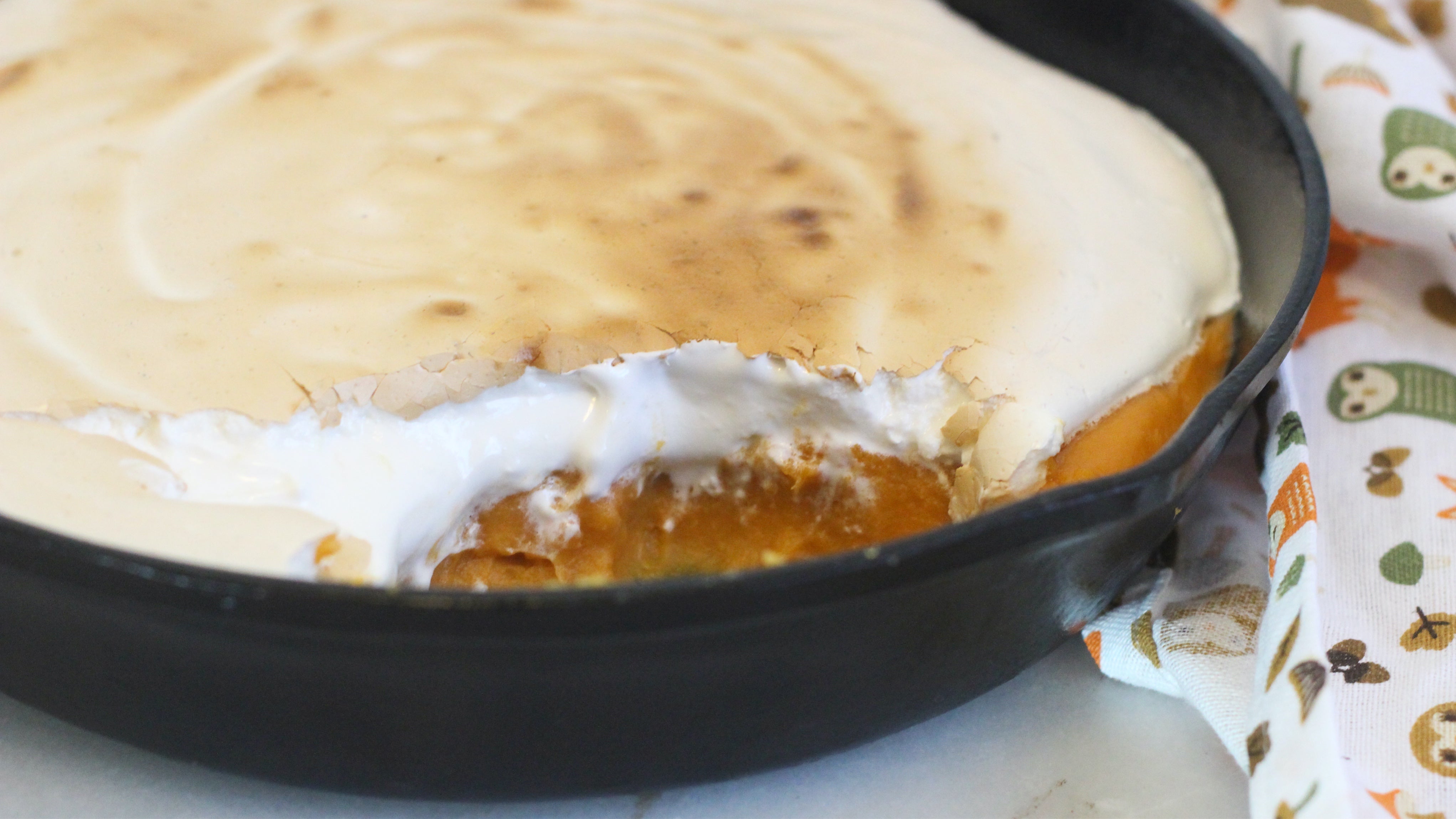 I have never needed marshmallows on my yams (or sweet potatoes, depending which tuber you grab). Sweet potatoes and the like are sweet enough—it’s in the name—and topping them with cloud of broiled sugar and gelatin has always seemed a little redundant (though not unwelcome).

But if you make your own marshmallow fluff—with is essentially a meringue with some boiled syrup added—two things change. For one, you can omit the gelatin, so your yams stay vegetarian-friendly. (I always feel bad when the vegetarians can’t eat the vegetables at Thanksgiving.) Also, you can add in other flavours. I use this recipe from Epicurious as a base, then tweak it with mix-ins. Freshly grated ginger, for example, adds a nice hit of spicy fresh flavour, offering a counterbalance to all that sweetness. I also like to add a little bourbon in place of vanilla extract, because I’m real sassy that way. If fresh ginger isn’t your thing, you can also add citrus zest, cinnamon, cardamom, or anything else you think would be nice with yams. (You can also combine any of the above, you absolute madperson.)

Making your own fluff isn’t hard, but some equipment is required. You’ll need a thermometer and a stand mixer, but that’s about it. Ingredients-wise, you will need:

Measure out all of your ingredients and set up a mise en place, as you don’t want to be separating egg whites with a pot of syrup boiling on the stove. (If you need a use for the yolks, try curing them.) Combine corn syrup, one cup of water, and sugar in a medium saucepan over medium-high heat and stir until the sugar dissolves. Stick a candy thermometer or digital thermometer down in the pan. Let the syrup come to a boil, and let it cook without stirring until the thermometer registers 114°C, occasionally brushing down the sides of the pan with a wet pastry brush to keep sugar crystals from sticking to the side.

While the syrup is boiling, add egg whites, cream of tartar, and bourbon to the bowl of your stand mixer fitted with a whisk attachment. When the thermometer in your syrup hits 110°C, beat whites at medium speed until stiff peaks form. When syrup hits 114°C, add the ginger to the egg whites, then carefully pour the syrup down the sides of the mixing bowl, beating until the marshmallow topping is shiny and thick, about five minutes. Spread it on top of your yams—I like to make mine in the Instant Pot—and pop the whole thing under the broiler for about a minute to brown. If you want a smooth, even topping, get the stuff on the yams immediately, as it becomes more difficult to spread with each passing minute. (You can pop it in the microwave to 10 seconds to soften it if you need to.)

You can make the fluff a day ahead, just store it in the fridge in a sealable container. (Plastic wrap will stick to it, so beware.) Microwave in 10-second intervals until spreadable, then spread it on those yams and broil as described above.