Liven Up Your Turkey Gravy With Nutritional Yeast 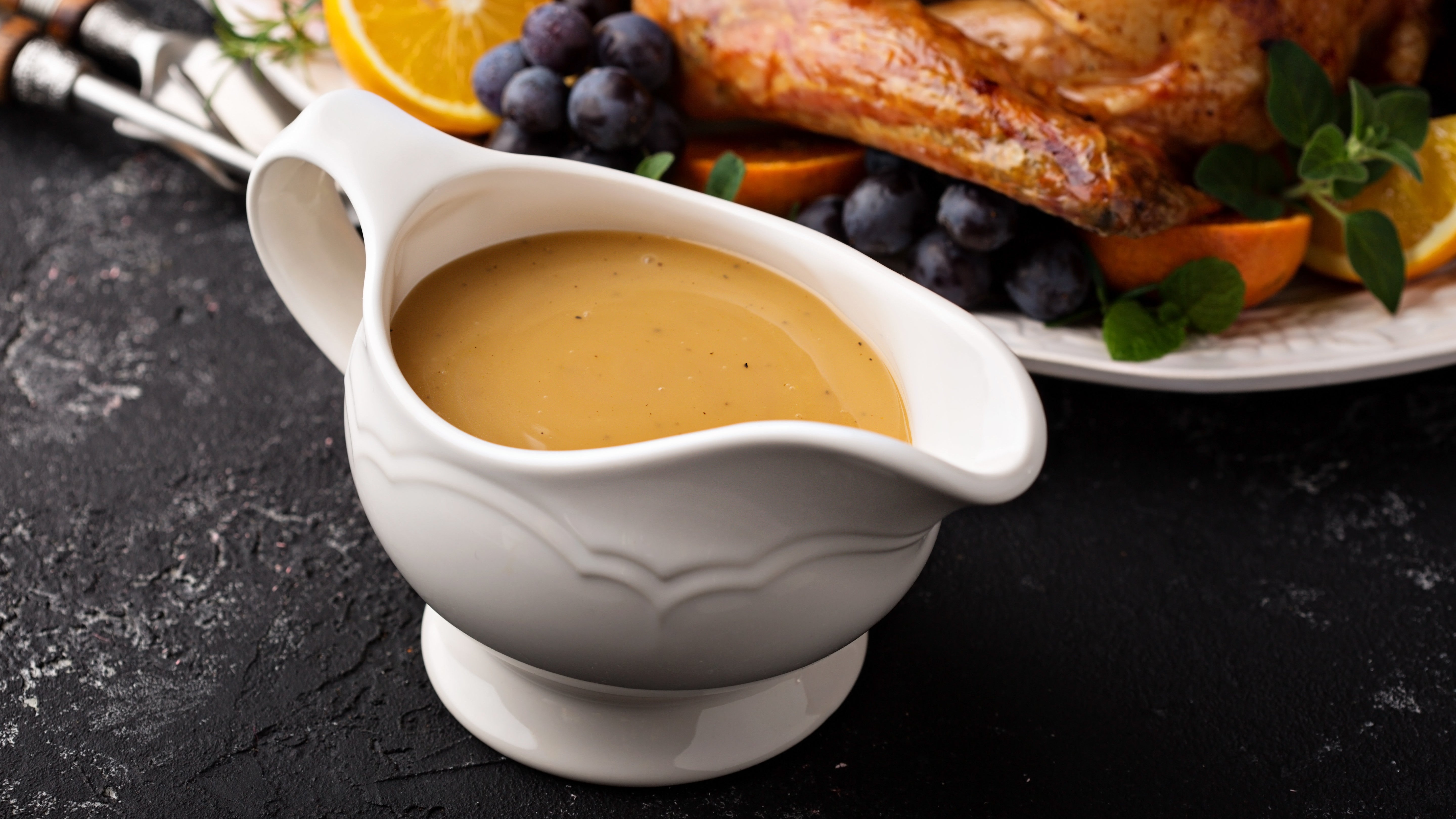 Nutritional yeast—known as “nooch” around my studio apartment—is best known for the savoury, cheese-adjacent flavour it brings to vegetarian and vegan dishes, as well as popcorn. But the yellow flakes have applications outside of their hippyish beginnings, particularly when dealing with sauces and gravies.

Gravy is basically “thick broth,” but it shouldn’t taste like that. Good turkey gravy is savoury, full-bodied, and silky, and nutritional yeast can help you hit those benchmarks. The key is restraint.

When used in large amounts the nooch’s cheesier qualities shine through. But when used in small quantities, that cheesiness reads as a subtle, tangy creaminess. It also thickens the gravy ever so slightly, which is nice if you don’t feel like making a cornstarch slurry or beurre mani.

One tablespoon of nutritional yeast per cup of gravy is plenty; any more and your gravy will taste like outright nooch. Crush any larger flakes with a mortar and pestle (or food processor) then sprinkle it into the hot gravy, teaspoons at a time, whisking to fully incorporate. Give the gravy a taste after a couple of teaspoons, and repeat until your gravy is as savoury as you please.