I’m Lee Pelton, President Of Emerson College, And This Is How I Work

Emerson College, founded in 1880 as the Boston Conservatory of Elocution, Oratory, and Dramatic Art, is one of the country’s most prestigious liberal arts colleges. We talked to its twelfth president, Lee Pelton, about his academic background, his personal work habits, and his excellent reading recommendations.

One word that best describes how you work: Endless

I am the 12th president of Emerson College in Boston. I began my academic career at Harvard University, where I earned a PhD in English literature with an academic focus on 19th-century British and American prose and poetry. I taught English and American literature at Harvard and served as senior tutor at Winthrop House. I later served on the Harvard Board of Overseers and as a vice-chair of its executive committee. After Harvard, I served as dean of the college at Colgate University and Dartmouth College and then president of Willamette University (OR).

Because I believe that the nation looks to colleges and universities to solve its most pressing problems, I have been locally and nationally engaged in the big issues that shape and influence human society. For example, these beliefs led me to write a letter, signed by more than 300 college presidents, to the President following the Sandy Hook school shootings asking for a focus on gun control; to become an organising member of the Presidents Alliance on Higher Education and Immigration, and to hold a recent summit of higher education leaders in Boston to discuss gender pay equity in our field. We created the Elma Lewis Centre for Civic Engagement and Research to honour her extraordinary legacy and support and create programs to help young people. 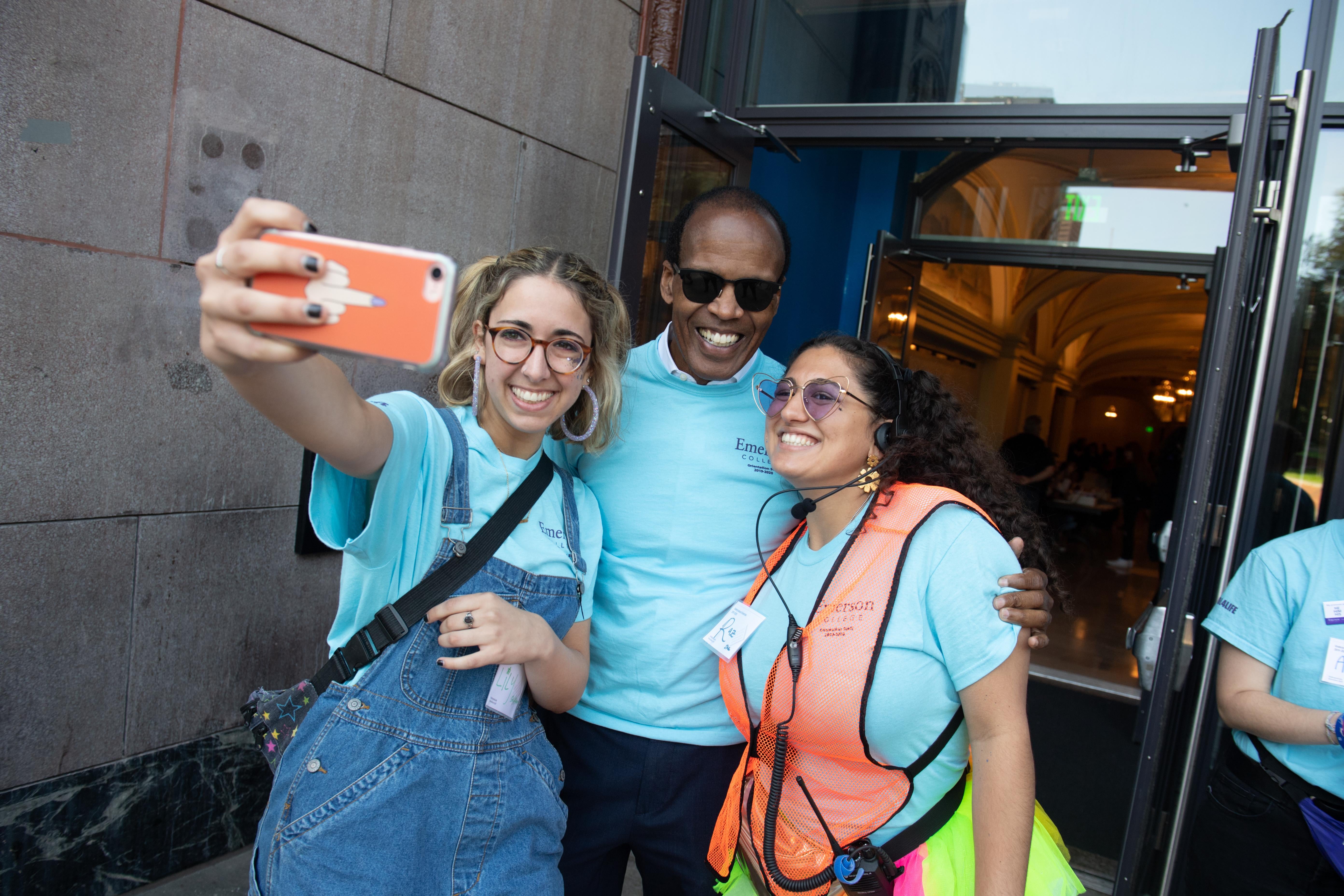 Pelton on Move in Day with student volunteers (Photo: Courtesy of Emerson College)

Bart Giamatti, former president of Yale University, once said that “being a college president is no way for an adult to make a living.” That’s a pretty good summary. It’s an exceedingly tough job.

My responsibilities vary each day and put into play the full range of my capacities, including academic life, student life, human resources, budgeting, strategic planning, fundraising, real estate development, legal matters, risk and crisis management and several civic leadership assignments. But mostly, the best description would be that I am in the people business.

Here in Boston, where Emerson is located in the historic theatre district on the corner of Boston Common, I feel a great responsibility to serve our students, faculty and staff as well as the community at large. For that reason, most of my decisions consider the impact or benefit on the community.

While every day is different, presiding over and attending meetings with people and groups on and off campus is the backbone of the day. People and ideas make the world go.

Someone once said: “If your dreams don’t keep you up at night, they aren’t big enough.”

That’s absolutely and irrevocably true. I don’t sleep a lot.

I also set aside time at lunch to work out at my fitness centre near my office. It’s my sanctum sanctorum. I don’t do lunch meetings (or try not to).

My road bicycle. Ride GPS, Strava, Runkeeper, a wok, chopsticks, a lettuce spinner, a good saucepan, a garlic press and Gates Barbecue Sauce (Kansas City). Favourite apps are the weather app Dark Sky (it’s fantastic), The Daily, The New Yorker Radio Hour, Fubo, Instagram, ESPN, Emerson, S-Town (the best ever) and every true crime [podcast] that I can get my hands on. I am the happiest when I am in a book store, kitchen store or gym. 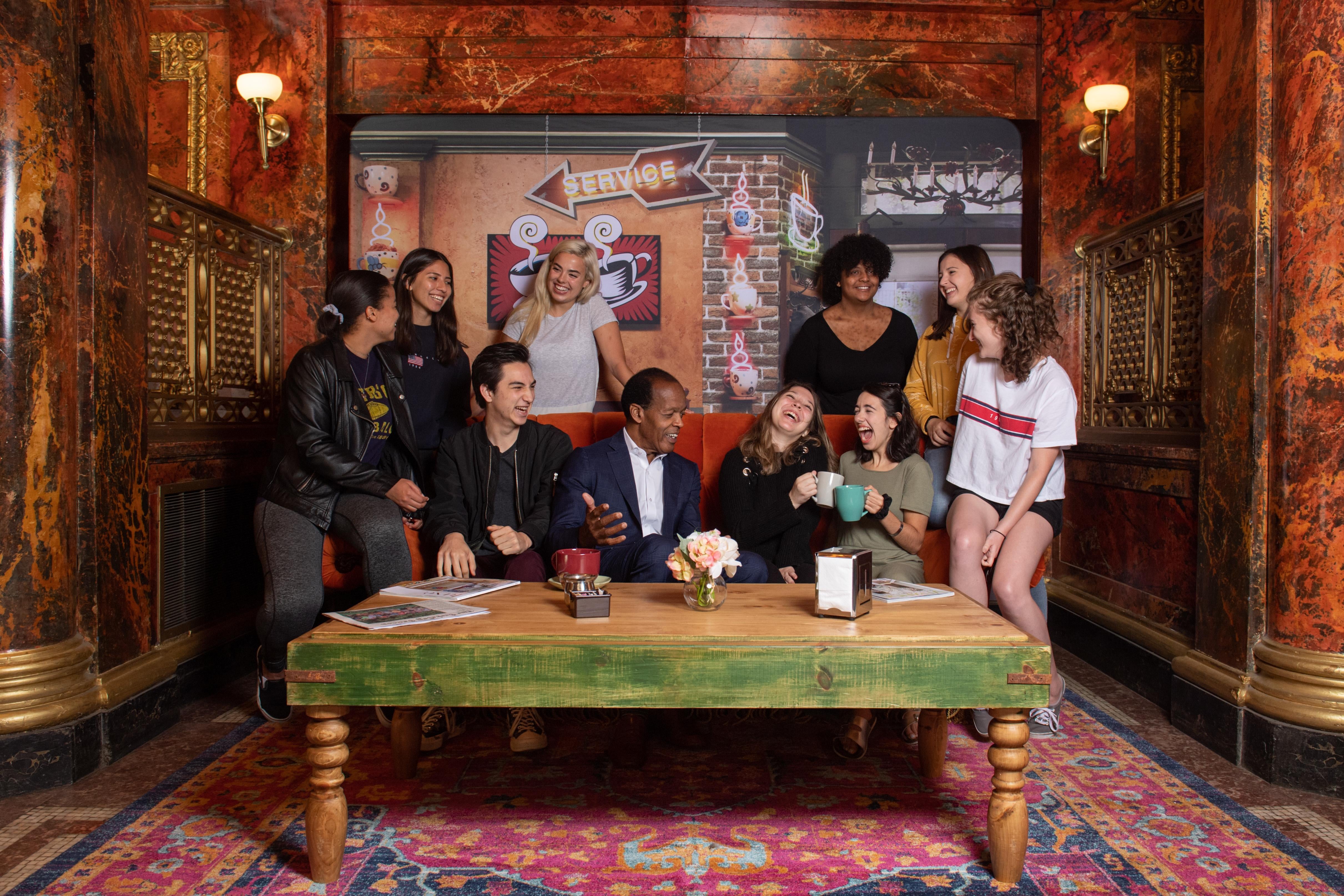 I live within walking distance to the school and my office. On my way, I catch up on the day’s news by listening to a few podcasts, such as The Daily. I read several newspapers and magazines in my bed at night and in the morning on my iPhone. I also have a few rules about my day to save time. One rule is: read emails only once. I get dozens and dozens of emails each day so I have to be efficient.

Take us through an interesting or unusual process you have in place at work.

Many of my one-to-one meetings used to be conducted while walking outside. It is very effective—and healthy. I haven’t done that in a while—but I’m thinking I need to revive it before the bitter cold sets in.

Luckily, I have a great team who keeps me on track. I also use Post-it notes. I text or email myself notes.

My children complain that I spend too much time on my iPhone. They are probably right to complain. But it keeps me on track and allows me to keep up with work during the day, the middle of the night and in the morning.

I wait for the school year to end and usually take a break in late July or early August. I much prefer mountains to the ocean.

I like solitude in the mountain, hiking trails and biking roads. I can breathe in those places.

I try to read two books per week in both print and audio. Does that count as a side project? 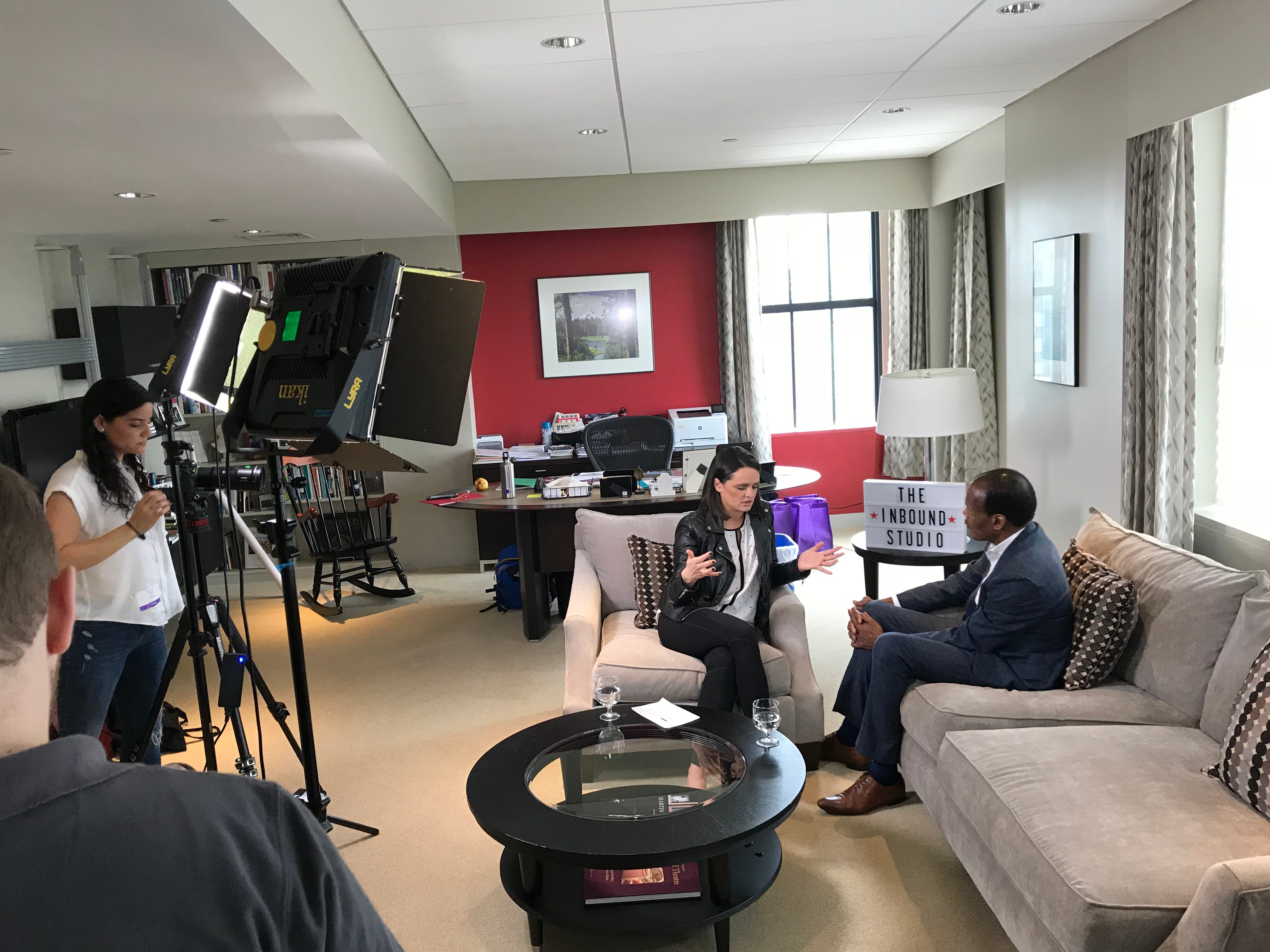 Pelton being interviewed for a student TV show on campus (Photo: Courtesy of Emerson College)

Like many people, I’ve run out of space for my books in my bookshelves, so dozens are stacked high on the floor and against three walls in my bedroom. My bed is on the fourth wall.

The two best books I read this summer and highly recommend:

I didn’t want either to end. But they did, sadly.

The best advice I’ve given: “Be authentic. There is no substitute for it.”

In one of my favourite films, one character asks another:

“I want a normal life,” he replies.

“There is no such thing as a normal life. There’s just life.”

That’s just about right, it seems to me.