Black Friday week is upon us. And while you shouldn’t feel like you have to purchase anything, there are certainly some great deals to be had. And among these great deals are a ton of clunkers that aren’t worth your attention at all, and plenty of lightning-fast deals that require you to be ready to pull the trigger at a moment’s notice.

How do you manage Black Friday shopping for geek gear without driving yourself crazy or, worse, buying crap that isn’t a deal at all? Easy. Make a game plan. Here’s mine.

Trying to scout each and every Black Friday deal across every major category in which you might want to buy something is a fool’s errand. You’re going to drive yourself crazy. Worse, you’ll never be satisfied; you’ll always wonder if there’s a slightly better deal that you maybe just didn’t find in time so perhaps you shouldn’t buy this decent, vetted deal that’s sitting right in front of you because I don’t know ahhh.

Don’t do that. Don’t be those people that go to the store, see deal! deal! deal! everywhere, and load up their shopping carts while pummelling everyone else trying to buy the exact same thing.

I find it helpful to limit yourself around times of shopping excess. In this case, I’m focusing on two categories this year: PC components, which is admittedly a fairly large category; and gaming, because I like video games. That means I’m not looking at board games, refrigerators, smart devices, televisions, boxed sets for TV shows I no longer care much about, or electric blankets—no matter how chilly my room gets. If I can’t plug it into my newly upgraded desktop, and I can’t play it on my PC or Nintendo Switch, I don’t care.

Take advantage of everyone else who is already tracking the deals

This one’s a no-brainer, but I’ll say it anyway. Unless there’s a specialty store that you know you always buy a specific item at—like where I get my favourite jeans, for example—don’t stick to a specific store (or stores) for your deals. You might find some decent offers, but you’ll never know if there are better deals than the store you’re currently browsing. And if you try to compare all the retailers yourself, you’ll either go mad or you run the risk of missing the one, true deal of them all.

Instead, find the places where teams of people—or gigantic communities—are all hunting around for deals and contributing to the greater good. Again, this should be a no-brainer, but I caution you: There are plenty of deal aggregator sites around the web that are little more than scams and mindless regurgitation of the same information you’ll see on every other aggregator site. Though perhaps slightly more inefficient, I like browsing community-curated resources for deals. And for my needs this year, that meant:

Slickdeals: Yes, good ol’ Slickdeals. The site is already a great deal aggregator on its own, but I’ve always loved the extra gems you can find in the forum posts associated with each front-page deal. It’s how I stumbled across setups like these, which allowed me to get a great deal for many, many months of an Xbox Game Pass subscription.

Since I’m only sticking with deals for PC components and gaming this holiday season—or at least, trying my hardest to—I also love that you can edit the specific types of deal categories you see on Slickdeals’ front page. Make a free account and then click on the “Preferences” button at the top of Slickdeals’ primary list of deals to set what deals you’d like to see: 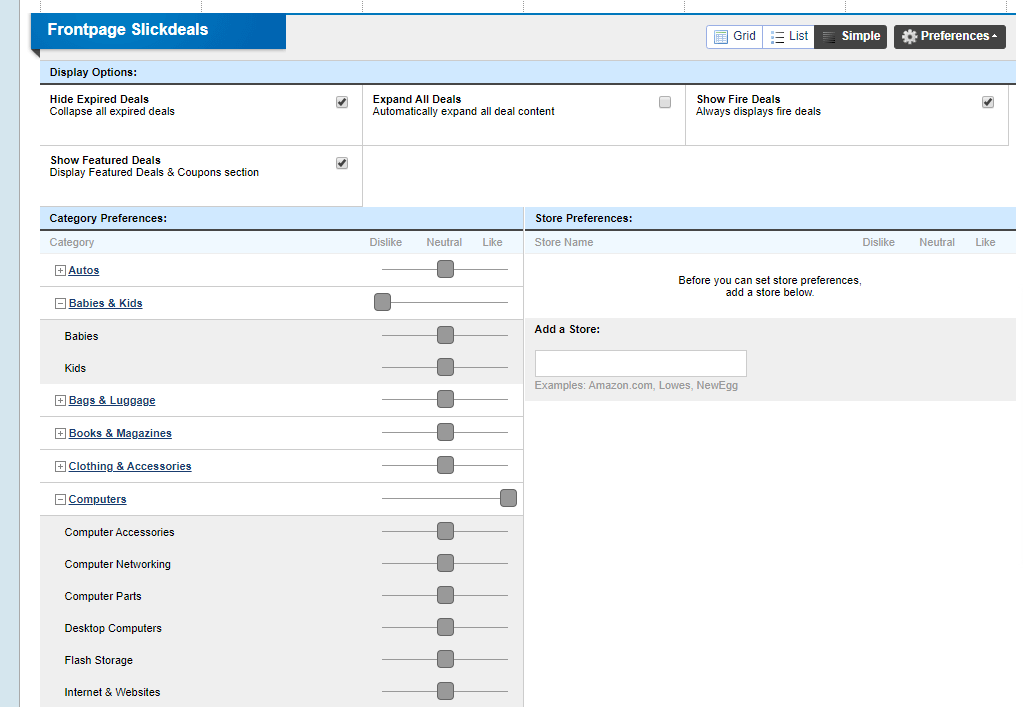 /r/buildapcsales: What more does a geek need? Not only do you get a bunch of posts each day about the latest and greatest community-sourced deals, but you can hop in the comments to see whether everyone else thinks you could do better—like a different product or a stronger deal. And if you need some help figuring out whether what you’re trying to buy even makes sense, hit up the sister subreddit /r/buildapc.

PCPartPicker: Build your PC digitally—and ensure everything is compatible before you buy it—with this oft-recommended website. Not only will PCPartPicker help you create a handy shopping list for when you go to a physical store to purchase something on Black Friday (ugh), but you can also sign up to be notified if parts you’re considering purchasing have a price drop at a particular retailer you’re eyeballing. You can also check out the price trends charts to discern whether now is a great, terrible, or so-so time to buy whatever components you’re looking to get.

Logical Increments: Though this site is more for figuring out which components you should buy when building or upgrading your desktop PC, it’s still an incredibly useful tool to use for planning your Black Friday shopping (or whenever). The site also covers some related deals in its blog, which ties back to its overall upgrade recommendations. If nothing else, at least you can get a general sense of how much various components costs, allowing you to get even more excited for anything you find that costs less than the published figures. 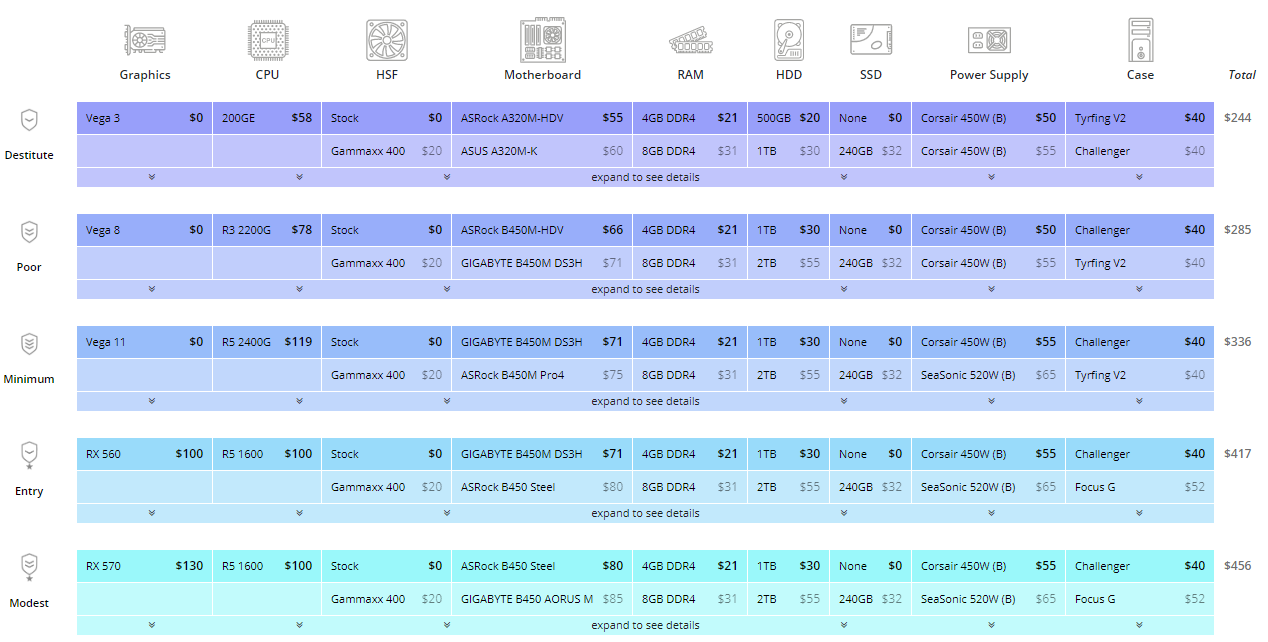 Not only did I continue to check Slickdeals for great gaming deals (of course), but I added a few gaming-specific sources to my deal-tracking list:

Cheapassgamer: Whether you’re visiting the website, Facebook page, or getting deals fed to you in real-time by Wario64, there’s no better site on the web for finding deals for all the games, gaming accessories, or gaming-related items you might want to purchase. Also, be sure to check out the site’s ample spreadsheets for tracking every deal ever. 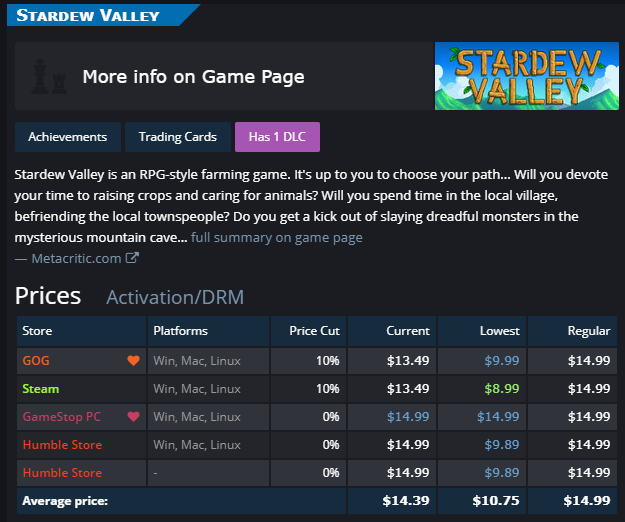 IsThereAnyDeal: The site’s name speaks for itself. Look up the games you want to purchase to see if, or where, any deals might exist. Make an account, and you can start keeping tabs on your wish list. Hopefully, you’ll save a little cash in the process.