How To Politely Exit A Conversation 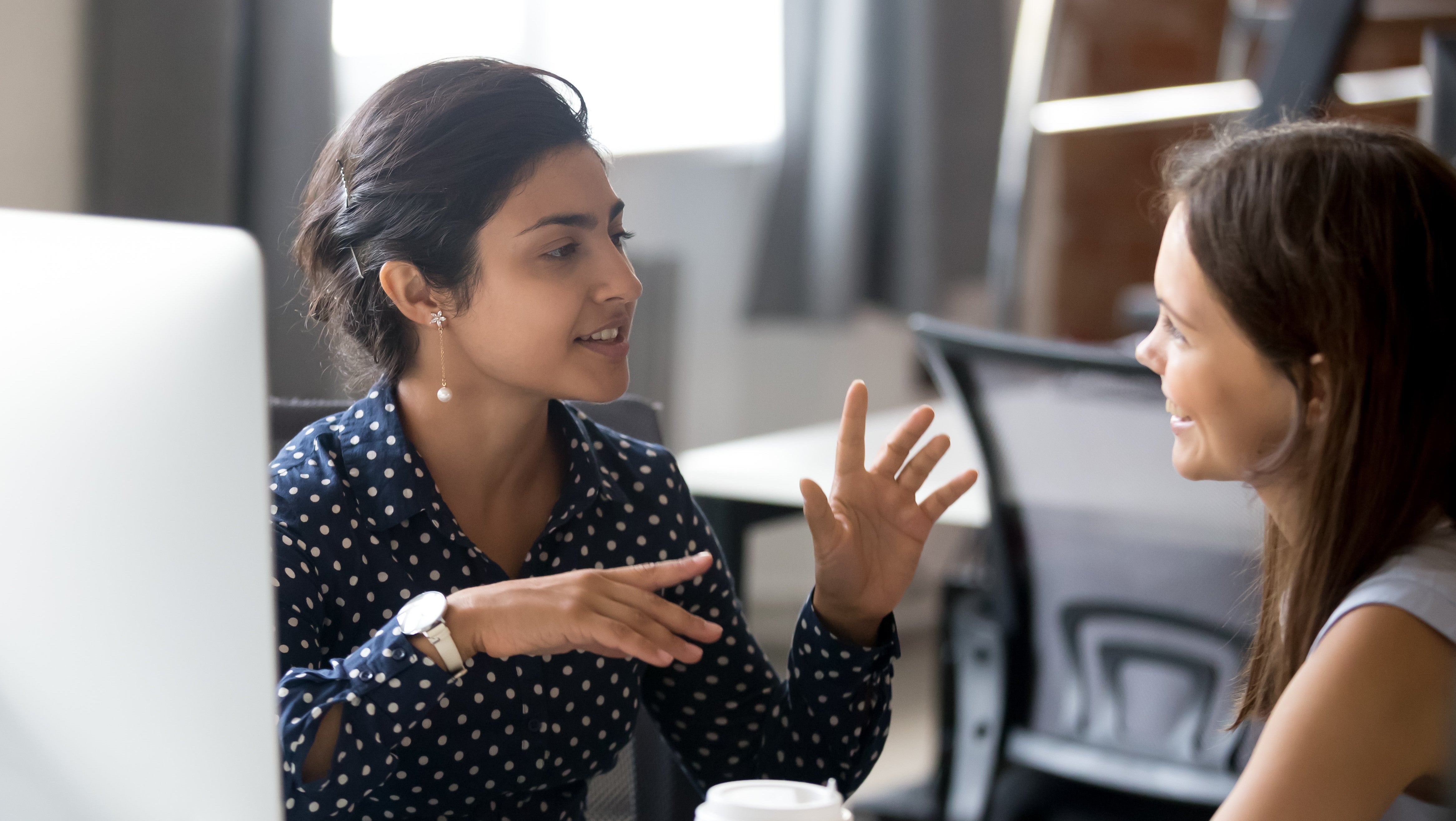 If you’re the kind of person that struggles with small talk, then you probably also struggle with how to end a conversation; after all, when a conversation reaches an awkward silence, there’s no single right way to tell someone “Let’s stop talking, now that we’ve run out of things to actually talk about.”

“Starting a conversation isn’t too hard for me and sometimes I can even be good at carrying a conversation, but when it gets to the point where I can sense the convo is winding down or I have to go somewhere soon, I never exactly know how to stop,” u/yellowsubmarine19 wrote on a recent Reddit thread, asking for advice. “I’ll just talk less and less and smile a lot, hoping that the other person will end it.”

While talking less and smiling a lot might work, how do you politely leave a conversation with someone who may not get the picture? If you’re in desperate need of an out—and don’t want to come across like an a-hole—here’s a tiny hack that might be a little more obvious, depending on how you choose to word it: Extend a lunch invitation.

To most people, it should politely imply that you’d like the current conversation to end, without being so obvious about your real intentions. (In its most basic form, it should sound as simple as “Let’s grab lunch sometime.”)

You can apply this advice to most social settings and people, assuming the other speaker is not a total stranger or someone you’ve just met; it doesn’t have to be lunch, either—maybe it’s just coffee. And as soon as they enthusiastically agree, politely bowing out of the conversation won’t seem so awkward or rude. You’ve already stated that you intend to see one another again, after all.

This advice does come with one caveat. If you extend an invite, you should assume they’ll accept it (though this doesn’t mean they’ll follow up. Maybe they were just being polite, too).

If, on the other hand, the other speaker is a jerk, maybe a lunch invitation isn’t the greatest idea. As we’ve written before, directness isn’t bad when dealing with certain kinds of people.

And to those with whom I’ve used this before, I apologise. Let’s grab lunch and talk it over.