How To Bake Pasta Without Boiling It First

When the weather outside is frightful, nothing is more delightful than a large amount of tomato-y, cheesy, baked pasta. You may think that this requires dirtying many dishes—a pot for boiling, a pot for making sauce, and then a baking dish—but this is untrue. All you need to do is slow roast your pasta (in a single dish) in a bath of milk. 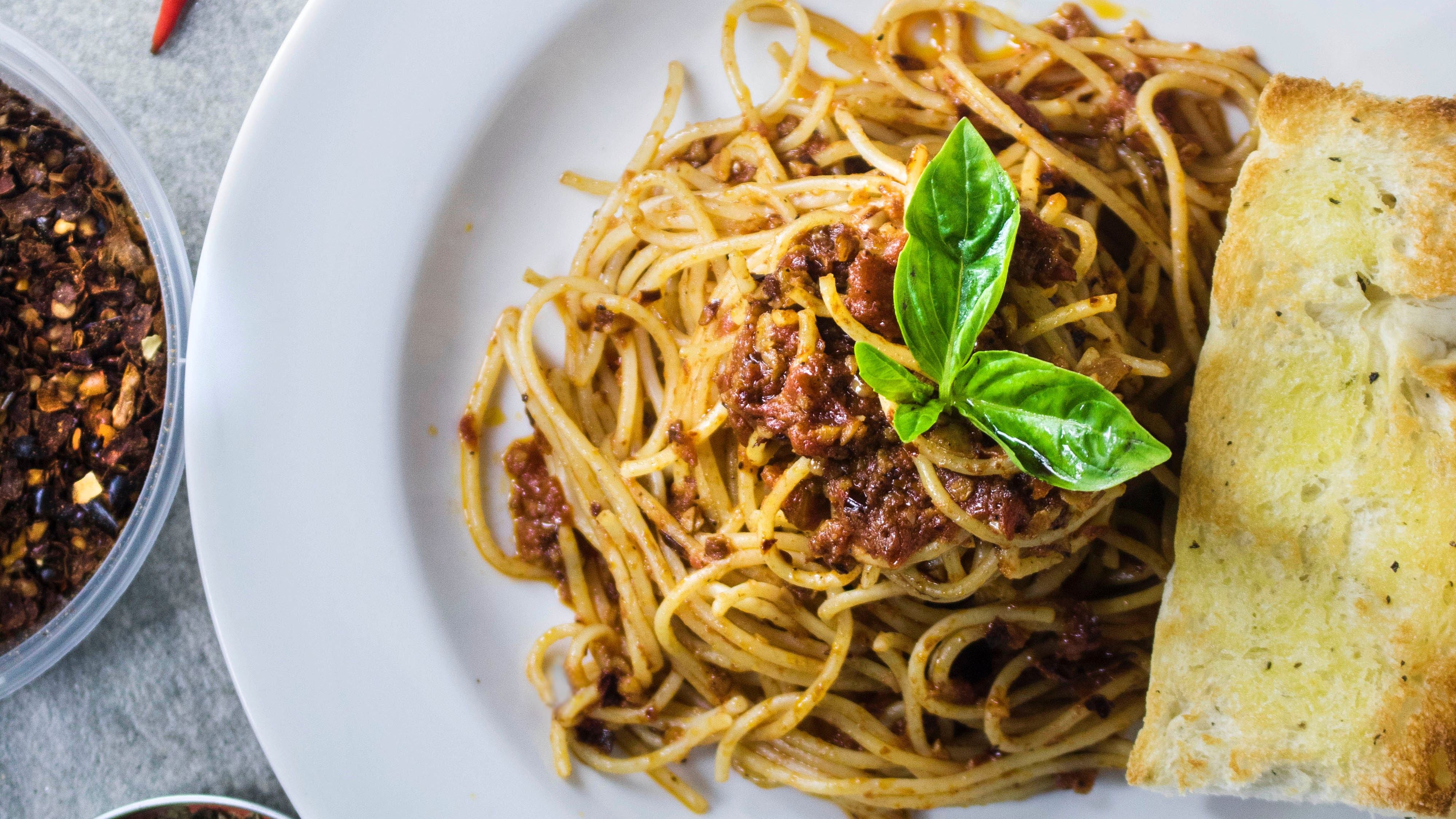 I rarely cook something the same way twice. This is especially true with pasta sauce, as it is adaptable by nature. The other night I was making a simple spaghetti dinner for myself and a friend, simply because I had found a can of tomatoes I didn’t know I had.

As I was tasting and tweaking, I remembered I had about half a cup of the spicy, nduja-like spread I'd made earlier in the week. I tossed it in the sauce and, after tasting, rejoiced.

Yes, I know what I said, and I know you have questions. Why not water? Because water does not add the richness that milk does. Will my sauce be all white and milky? It will not. Instead, the dry pasta will absorb the moisture, and the dairy will combine with the canned tomatoes and cheese (which, yes, is also dairy) to create a super rich, but still tomato-y sauce. Other than pasta and milk, you will need whole, peeled tomatoes, about 340.19g of cooked meat (you can even use this pepperoni spread, but things might get a little greasy), a bunch of cheese, and any seasonings you like. It’s not fancy, but it comforts as only a pile of cheesy carbs can.

Add the pasta to a large casserole pan (at least 9x9) and open up the can of tomatoes. Stick a pair of clean kitchen scissors directly down in can, and snip, snip, snip until you have a can of chopped tomatoes. Add the tomatoes and their juice to the pasta, and stir. Add the meat, cheese, milk, and seasonings and stir, making sure all the pasta is submerged under the milk. Cover tightly with two sheets of aluminium foil, and bake at 200 for an hour. Uncover, top with Parmesan, and return to the oven until the top is browned and the edges are bubbling. Let rest for at least 15 minutes, to let everything firm up a bit, then top with fresh basil, and warm yourself form the inside out.