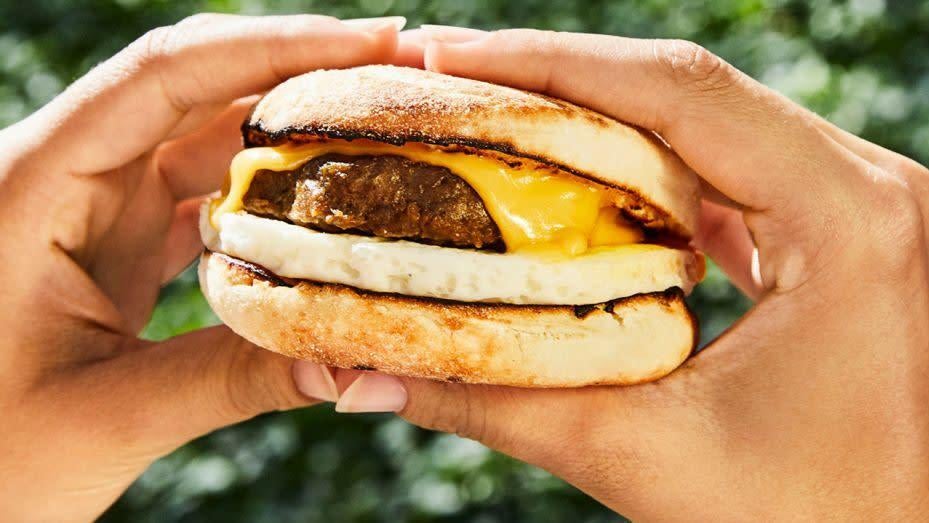 If you’ve wanted to try out Beyond Meat’s sausage, now’s your chance to take it for a test-drive.

The “Beyond Sausage Breakfast Sandwich” is rolling out to Dunkin’ locations nationwide starting today. If you hold off, this weekend the chain is offering the sandwich for free Friday and Saturday from 8am to 10am, while supplies last.

There will obviously probably been a bit of a line to give one a try, so you’ll likely want to get to your local Dunkin’ as close to that 8am start time as possible. Keep in mind on Friday you’re going to be battling both the free food crowd and the morning coffee crowd, so that line is potentially going to be a doozy.

Like the Beyond Meat burger, which is available tons of places now, Beyond Sausage is a planet-based meat alternative.

While the burger option is relatively similar health-wise to beef, the sausage version is actually a bit healthier. The sausage sandwich has fewer calories, total fat, saturated fat, cholesterol and sodium than its meat-sausage counterpart.

The sandwich, which is served on an English muffin with a slice of cheese and an egg, also contains 10g of protein. The chain says you can make it vegan by ordering it without cheese and egg.

And if you don’t get one for free this weekend, the Beyond Sausage sandwich is expected to be available at Dunkin’ locations regularly going forward, so you can buy one—and potentially avoid an epic line on free day in the process.