Airplane travel has opened up a number of important avenues in terms of scientific research, business and consumer travel but it hasn't stopped some of us being downright terrified of it. This fear has naturally led to a bunch of conspiracy theories, some more plausible than others. We asked an expert to clear up the confusion.

Being a very anxious flyer myself, these sorts of theories, as wild and improbable as they may seem, filter through my mind as the plane takes off and lands. To help better understand what's really going on, we spoke to the Australian Civil Aviation Safety Authority (CASA) about where some of these theories originated from and what the reality actually is. Here are five flying myths officially dispelled.

Myth: Oxygen masks are there to get passengers high

Thanks to a line uttered by Brad Pitt in the popular cult movie, Fight Club, a conspiracy regarding the true purpose of oxygen mask in planes has lingered. In the movie, Tyler Durden (Pitt) tells the main character the oxygen masks are provided to keep passengers calm in an emergency situation.

"Oxygen gets you high. In a catastrophic emergency, you're taking giant panicked breaths," Durden says. "Suddenly you become euphoric, docile. You accept your fate."

A CASA spokesperson told us this is (sadly for some) not the case and that the masks were provided to give passengers oxygen in emergency situations.

"An aircraft cabin is pressurised, meaning that less oxygen is available, gas within our body expands and there is a lower humidity," a CASA spokesperson confirmed.

"The aircraft cabin is kept pressurised to ensure there is sufficient oxygen present in the cabin for people to breathe. This is why large aircraft are fitted with oxygen masks in case the aircraft depressurises to provide the passengers with oxygen until the aircraft returns to a safe altitude."

Contrary to Durden's fictional assertion, when "the brain is starved of oxygen, you can get confused or pass out" so it's important to put it on as soon as they fall.

A casual reminder to never trust Tyler Durden, in case that wasn't obvious from the movie.

Myth: The 'brace' position is meant to ensure you die during a crash

Like any good conspiracy, the origins of the brace position theories are unknown but they are plentiful. Apologies for the violent imagery but I've heard some suggest the brace position was conjured up to ensure your neck breaks on impact so airlines didn't have to pay more compensation if you survive. Others have suggested it preserves your teeth so investigators can identify you easier when the wreckage is found.

The truth of it, according to CASA however, is that it's the safest position you can adopt when you're in an emergency landing.

"The best brace for impact position depends on a number of factors, including your size and physical limitations, the interior layout of the aircraft, the type and scale of the emergency, and the direction and sequence of the crash forces."

If you're still not convinced, Flight Safety Australia points to a number of incidences where those adopting the brace position were one of the few to survive plane crashes while others did not. It might not be enough to save your life in high-speed, high-impact crashes, but in cases where the crashes are less severe, it might be the difference between life and death.

Myth: Airplane toilets have enough pressure to suck you in

While it sounds ridiculous, some people believe airplane toilets have enough pressure to suck both your waste and yourself in if care is not taken. BBC's Earth Lab has debunked this theory explaining how airplane toilets work and why the suction isn't enough to disembowel you.

In the video, it explains how the vacuum toilet was introduced in 1982 and improved the general cleanliness of in-flight sewage systems. Instead of flushing your junk into a septic tank, which was sometimes prone to leaking, airplane toilets would now be able to force air pressure down, clearing out all your nasties and pushing it down tubes to the end of the aircraft so no funky smells would stick around.

They were unable to find a single verified instance of anyone being sucked into, partially or otherwise, on an airplane toilet. They did find a single report of it happening to someone on a cruise ship toilet but, look, given how many people fly planes around the world every day, it's quite safe to say you're not going to suctioned out a plane through its toilet.

Myth: A lightning strike will zap everyone on board

CASA directed us to a quick Qantas video explaining how a lightning strike on a plane is as common as it is harmless. A Qantas engineer explained when a plane is struck by lightning, it passes through the craft's structure and its energy dissipates as it leave through the static wicks, located on the rear rudders. Often it won't leave a mark but he admitted sometimes burn marks are left if it was a more severe strike.

A Qantas pilot also explained often there's a quick flash and little else so you feel free to sleep through thunderstorms the next time your plane is flying through them.

Myth: A passenger could just open the door mid-flight

Most of us have watched enough movies and shows to think we have an idea of what a plane disaster feels like. While I'm sure there are countless others, the opening scene of the 2000 movie, Charlie's Angels, shows one of the Angels taking a terrorist off a flight by simply opening the emergency door mid-flight and jumping out. It's ridiculous but it's also terrifying to think of if you're on a regular flight..

So, could this happen on an ordinary plane? CASA says definitely not.

"The cruise altitude of most aeroplanes is about 38,000 feet (11,600 metres.) Flying at this altitude the aircraft is pressurised to provide sufficient oxygen for people to enjoy a comfortable cabin environment, usually the equivalent of about 8000 feet (2,440 metres), At 8,000 feet the air pressure in the cabin is over three times the exterior pressure at cruise altitude," a CASA spokesperson said.

"Aircraft passenger doors are plug shaped and the high-pressure differential inside the aircraft pushes the door closed. Imagine a bathplug fixed in place from the water pressure above. In addition to the cabin pressure differential that would prevent the door from opening the doors are further held secure with electrical and or mechanical latches."

Of course, if you're a firm believer in any of the theories, then you're probably not going to believe an official authority but for others that weren't totally sure, the science doesn't match up with the theories. You can relax a little more on your next flight. 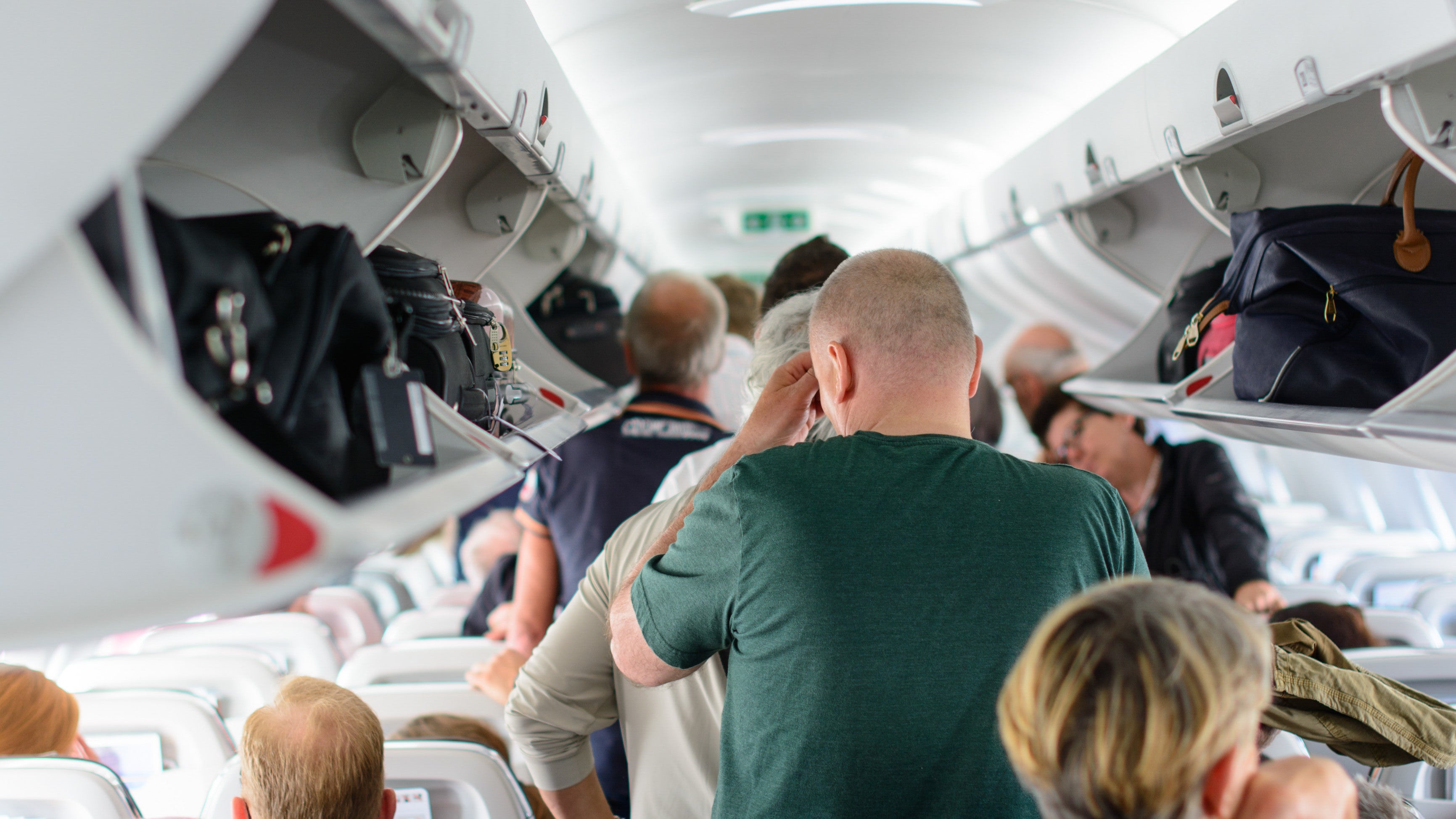 What's The Correct Etiquette For Getting Off A Plane?