Do Bay Leaves Even Do Anything?

Bay leaves are the dryer sheets of the kitchen. I know that they do something, I’m just not entirely sure what it is, and I don’t really miss them when I run out. Yet I keep buying them, because this is what humans that cook do. They buy bay leaves and put them in things.

I never questioned my ways, until I read Kelly Conaboy’s ground-breaking piece of food journalism, The Vast Bay Leaf Conspiracy. Within it, Conaboy asks (and answers) the tough questions:

Conaboy’s work caused me to look inward, and once I did I realised that I had no clue what a bay leaf tasted or smelled like, at least not in any real, visceral way. (I mean, I could just accept the word of the many chefs interviewed for the piece, but they’re far too involved in the conspiracy to be trusted.) According to propaganda printed on the jar of bay leaves I just purchased, they “have a bold, vibrant flavour with a hint of camphor and eucalyptus”.

In addition to being shrouded in mystery, these leaves also have a bit of a reputation as trouble makers. Not only do they cause severe mental distress to a certain subset of the population, but I have personally heard tell of at least two people who have been hurt by the plant part, including our very own editor-in-chief who, as a child, choked on a leaf that had been cleverly hiding in a bowl of chilli con carne.

To settle the matter — and my soul — I bought a whole bunch of bay leaves to sniff and taste. Obviously, the tasting portion of my investigation would be the most involved, as bay leaves cannot be eaten. (And yet we put them in food. Are you starting to wake up, sheeple? Nay — leafple?) 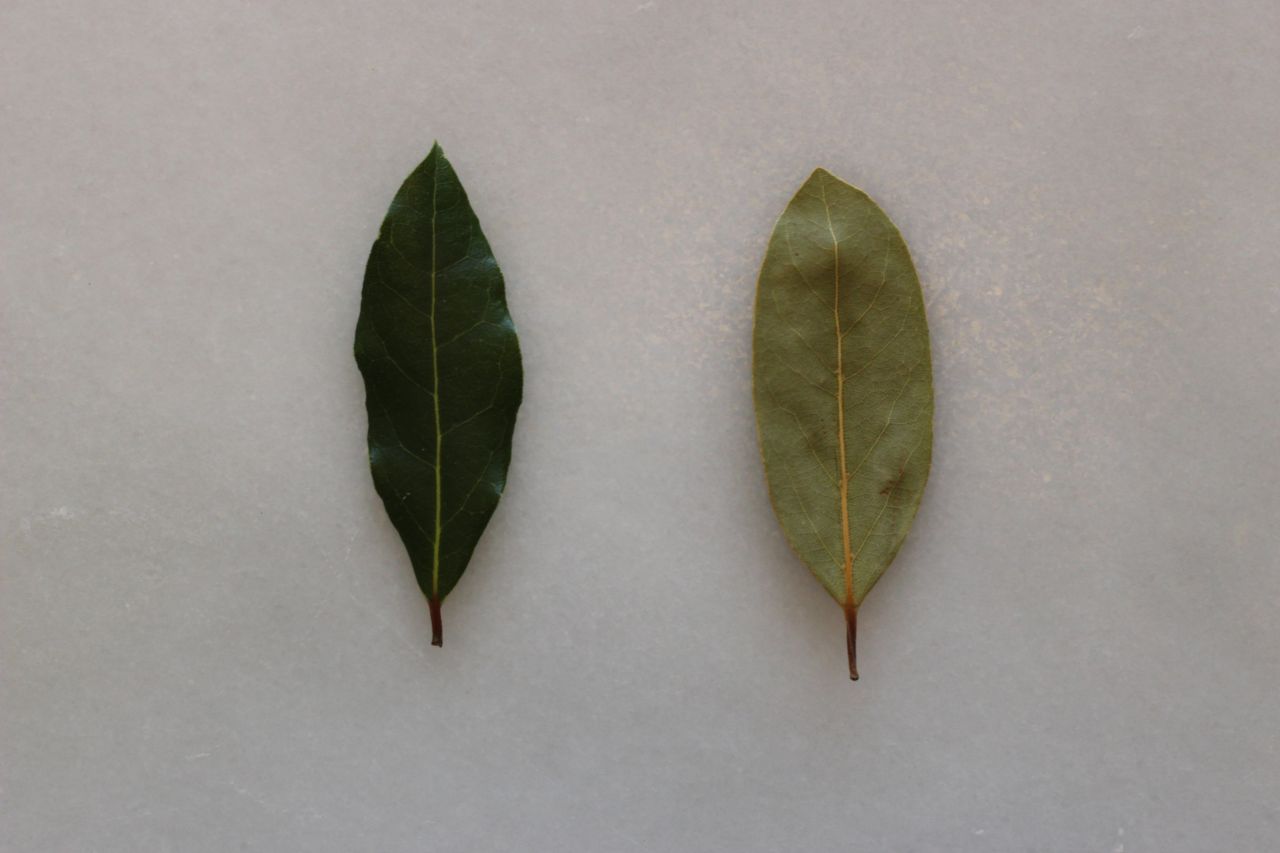 Maybe fresh is the answer?

Maybe fresh is the answer?

I acquired three types of bay leaves: Fresh, dried but brand new, and dried but very old, and I sniffed them all. To check for the existence of flavour, I cooked each type of leaf in the blandest food I had in my pantry: Plain white rice. (I also cooked some plain rice sans leaf, as a control.) Besides the change of leaf in each batch, all were cooked the exact same way (in my pressure cooker) and tasted side-by-side. Let’s explore each one, leaf by leaf. 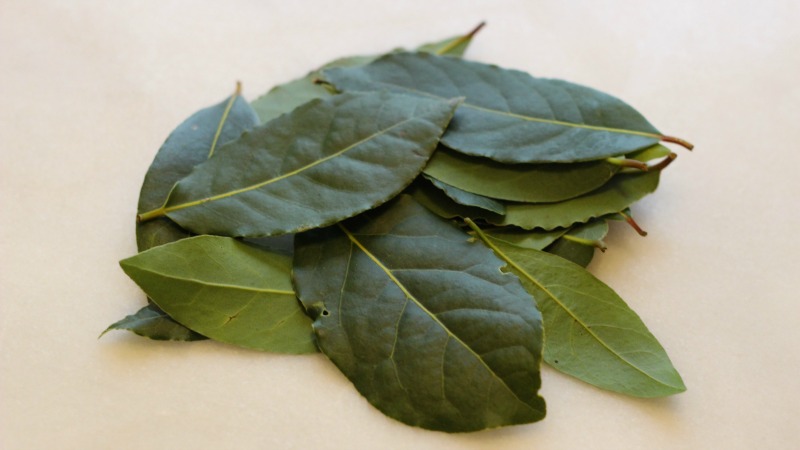 Legitimate leaves from a tree

Legitimate leaves from a tree

These actually didn’t have any real smell to speak of, which was surprising to me, as I expected them to smell the most strongly. This could be because they were whole, with their smell contained safely within their unbroken cellular walls, or it could be a damning piece of evidence in the developing case against Big Leaf. 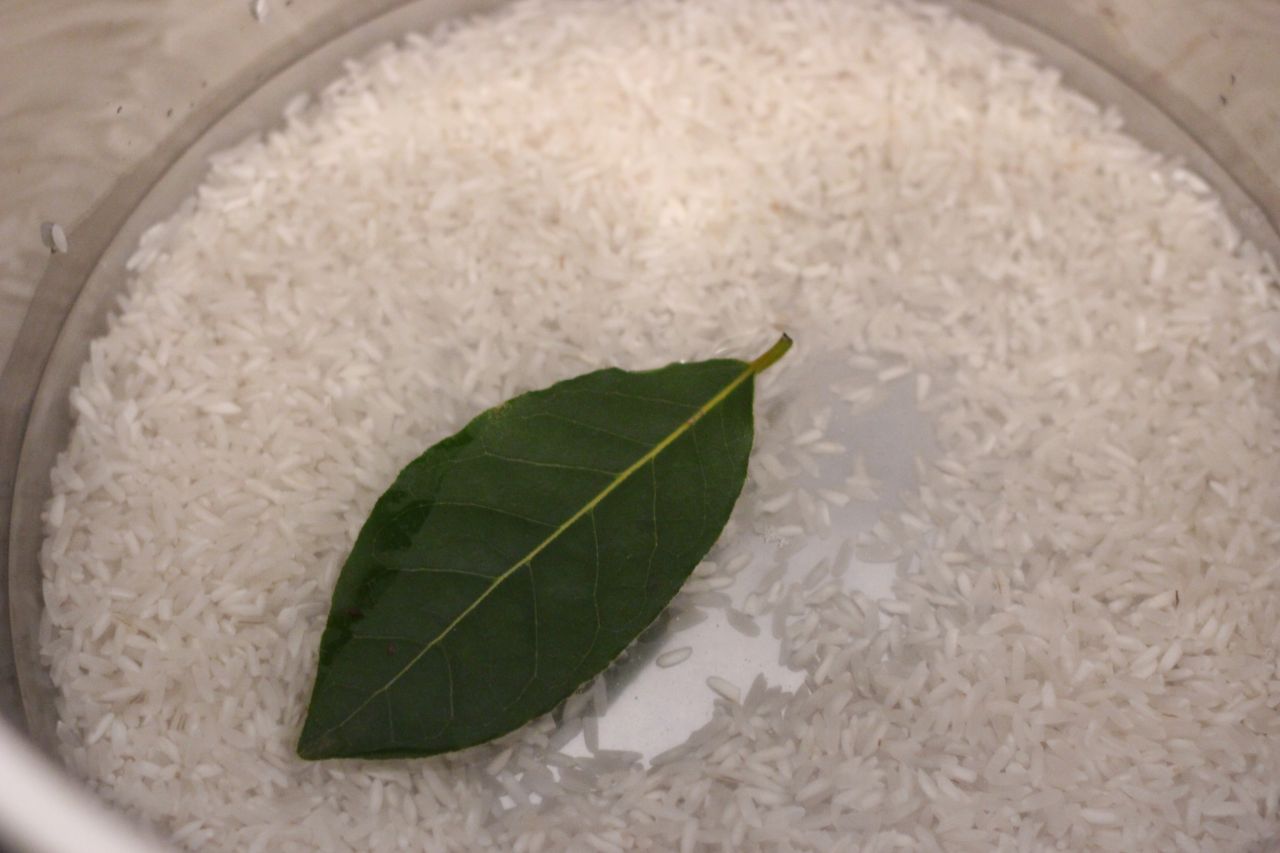 To see if any flavour could be coaxed from this scentless wonder, I threw one of the leaves into my pressure cooker with a cup of rice. Once the rice was done cooking, I opened the pressure cooker and was greeted with a tea-like, vaguely medicinal and slightly savoury smell. Colour me surprised. 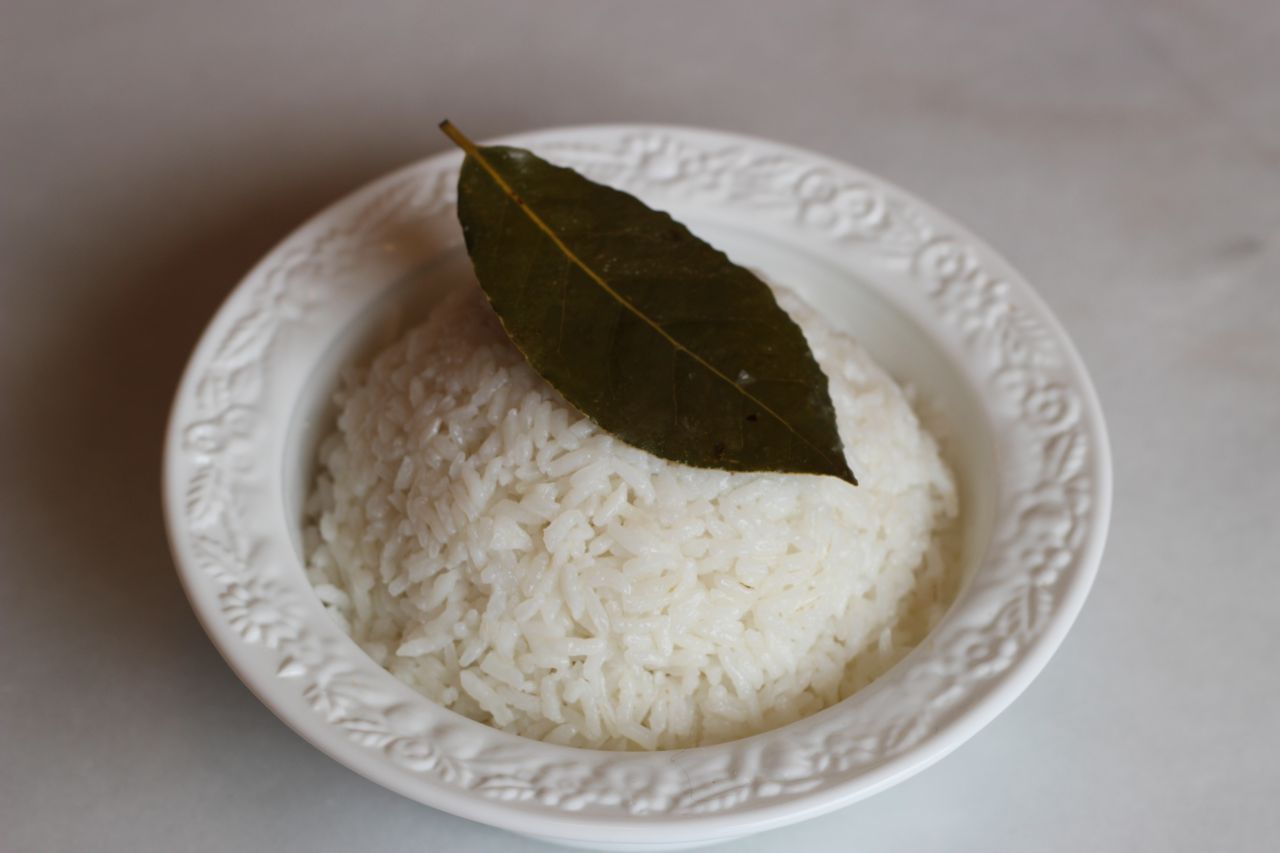 What a smug-looking mofo.

What a smug-looking mofo.

However, when I first took a bite of this batch of rice, I was underwhelmed. The rice tasted of rice, and it was fine, but I wasn’t like, “Oh hey, I am definitely tasting a thing that is not rice in here,” I was more like, “Uh, maybe this kind of tastes how it smells if you squint your tongue?”

But then I took a bite of leaf-less rice for comparison, and wouldn’t you know that rice tasted as flat as Tila Tequila thinks the Earth is. I went back to the leaf-ful rice, and noticed a distinct roundness of flavour that didn’t really call attention to itself, so much as it made the rice taste like better rice. This only made me more certain in my dryer sheet analogy; they make things better, but it’s hard to put your finger on exactly why. NEXT LEAF. 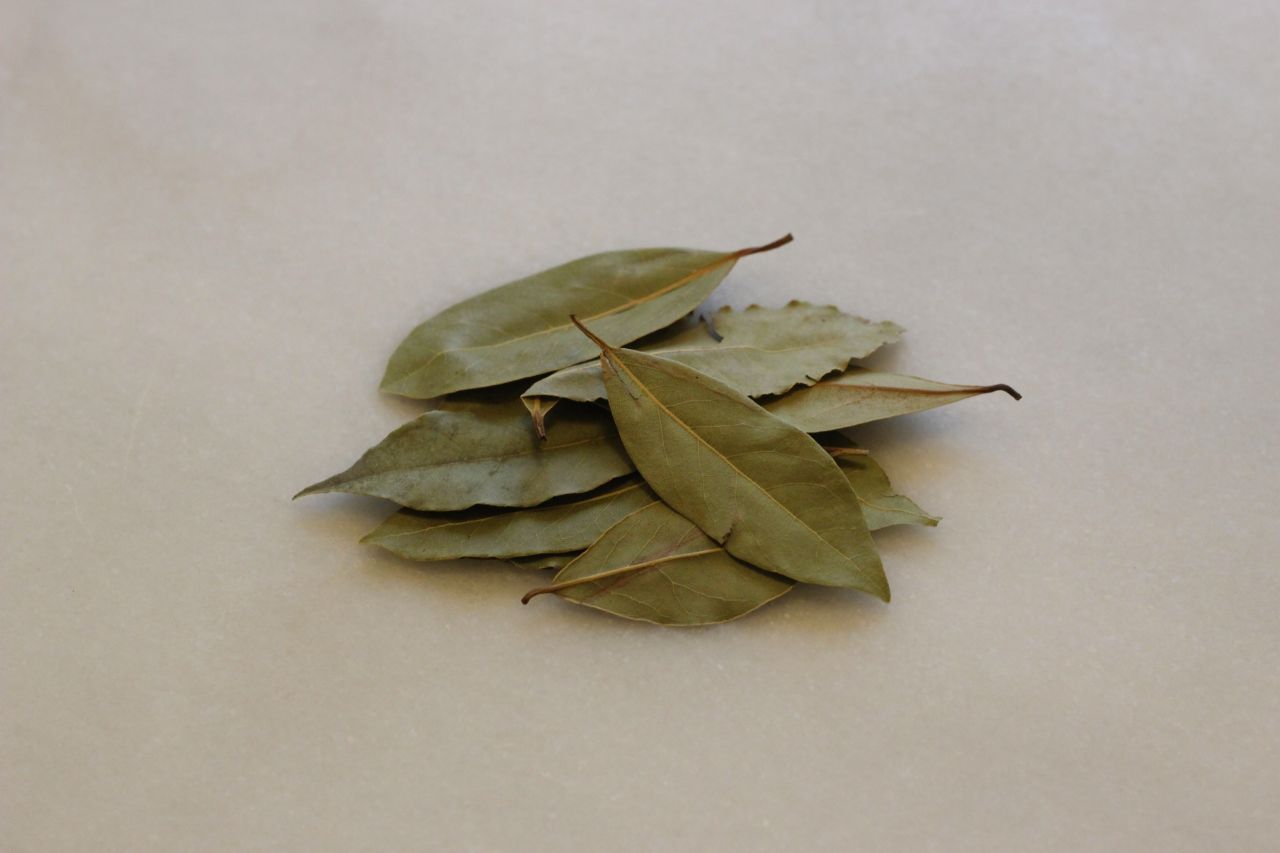 Makes you wanna reach for a rake.

Makes you wanna reach for a rake.

Unlike their fresh counterpart, these babies had an immediately detectable smell. I got a good whiff of that medicinal tea aroma, but there was a pungency that I hadn’t detected before. One of these leaves also got cooked into some rice. 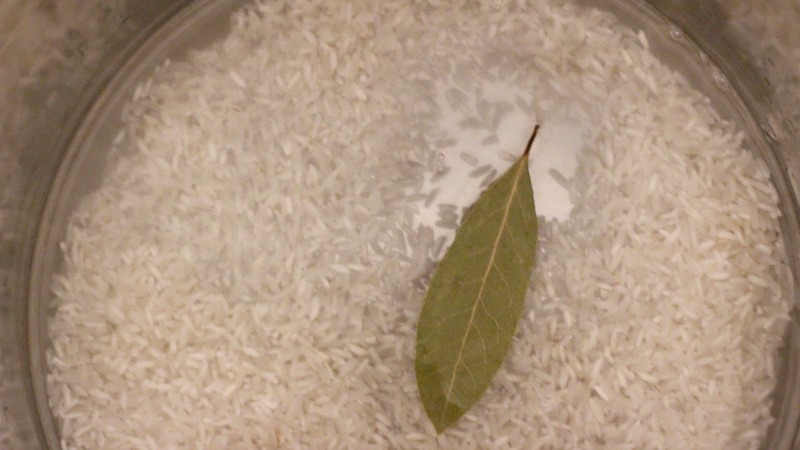 The aroma that wafted out my pressure cooker this time was very similar to the fresh leaf aroma except there was a good bit of pungent funk and vague hints of Vicks Vapour Rub. 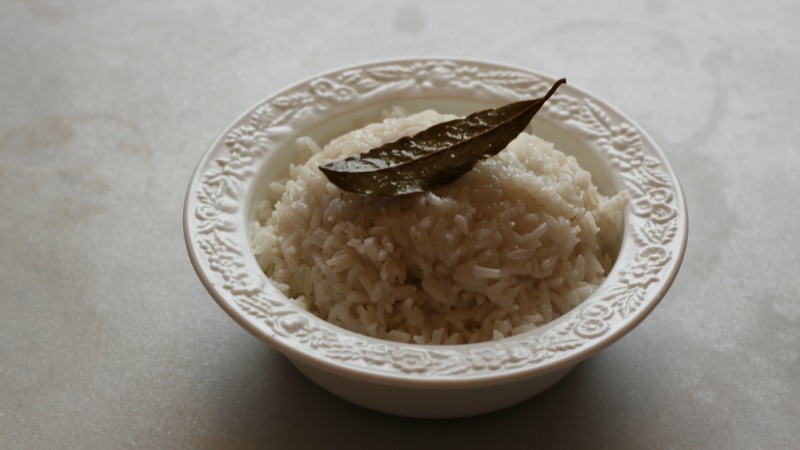 This leaf is a real drama queen with its sexy lighting.

This leaf is a real drama queen with its sexy lighting.

That slightly camphor-y funk carried over to the flavour of the rice, but it was a timid, soft, melodic funk, and I had to keep going back to the sad, plain rice for contrast. If I had a to sum up my impression of bay leaves thus far, I might use the word “subtle”, but that might be a tad bit aggressive.

Sad, Really Old Bay Leaves That Were Living in My Boyfriend’s Cabinet 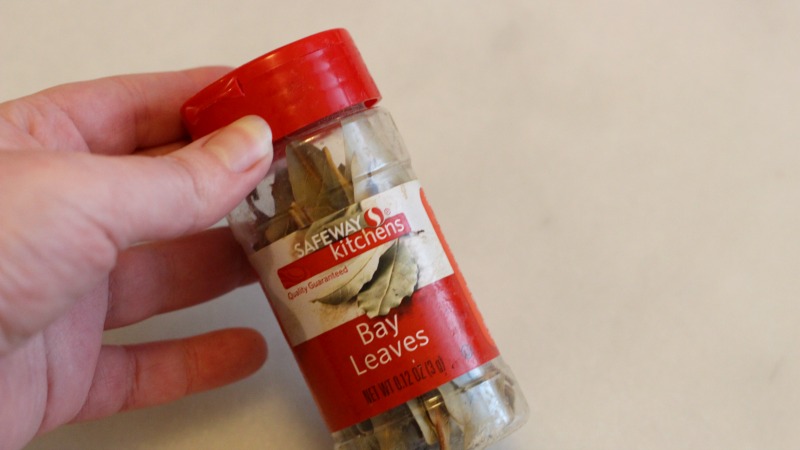 The jar is sticky for some reason.

The jar is sticky for some reason.

“Do you have any really old bay leaves?” I asked my man-friend, hoping that his spice cabinet was as poorly organised as I suspected it was. “Yes,” he confirmed, “I will bring them over tomorrow.” (Really, who needs flowers?) These sad, crumbly leaves smelled a lot like the slightly less-sad, less-crumbly dried leaves, only they were less pungent, and slightly musty. They also got the rice treatment. 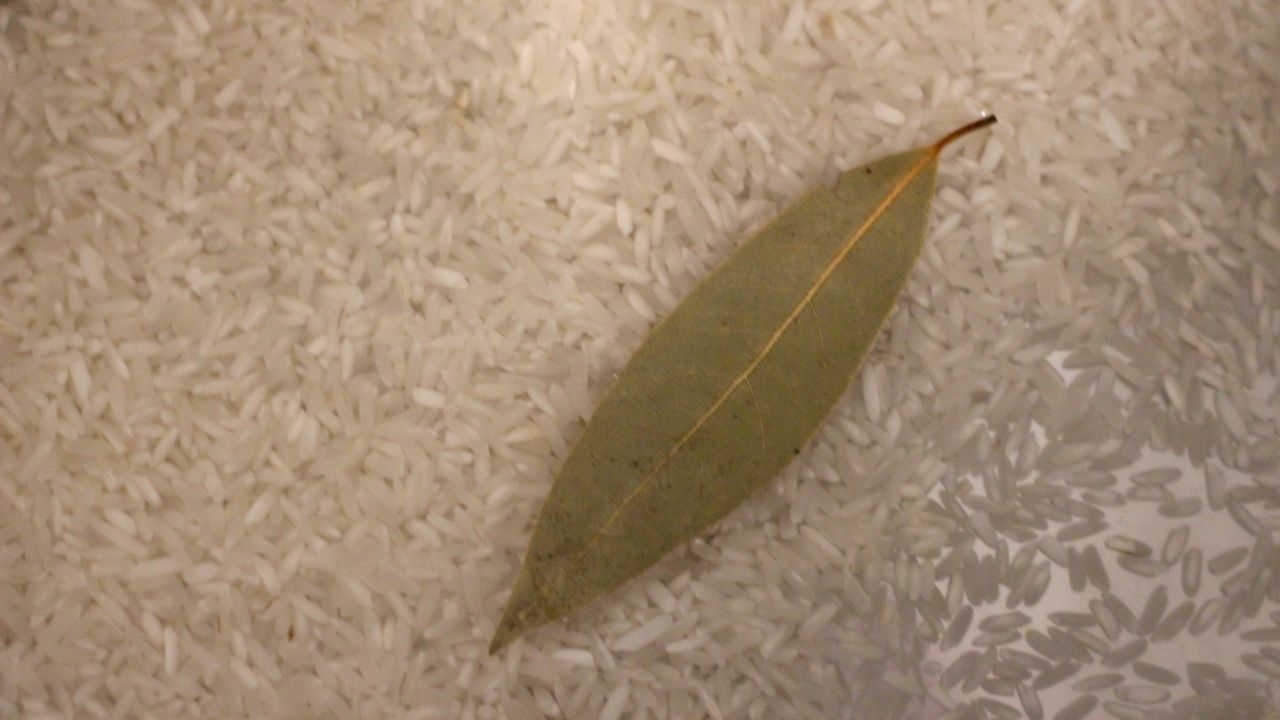 At this point I was pretty tired of eating rice, and rice with an old, surprisingly peel-y bay leaf wasn’t exactly getting me excited about consuming more. But I did it anyway. I did it for you. I did it for me. I did it because I had pitched this idea very hard a couple of days prior. 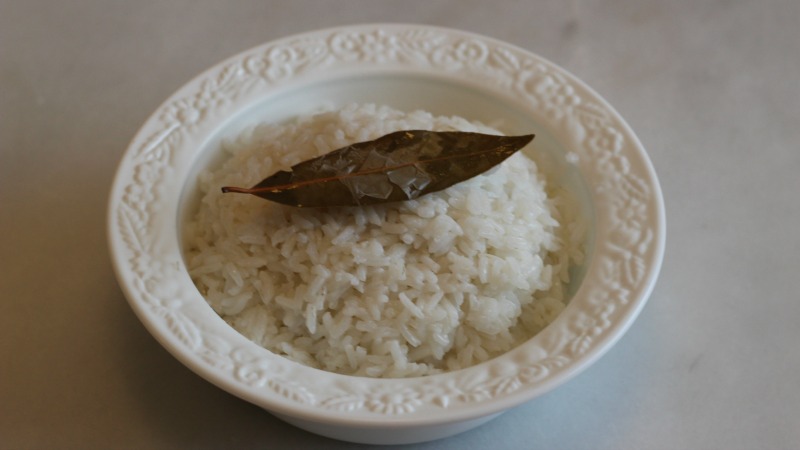 As you could probably guess — because you’re very smart — the old dried leaf smelled and tasted like the new dry leaf, only less so. (More like the memory of a bay leaf than an actual bay leaf.) Honestly though, it’s malignant appearance discouraged me from eating a ton of it. Also I didn’t want to eat more rice. (I wanted to eat pretzel chips dipped in sour cream.)

Eating all this rice however, taught me a lot. Though I still maintain my position on the whole dryer sheet analogy, I feel like I have more of a grasp on what it is the leaves “do”. Unlike showy cinnamon or that attention-grabbing star anise, bay leaves are all about complementing their surroundings. They round out the dish they’re in without hogging the spotlight, especially if there aren’t a whole lot of bold flavours in the mix. Will I continue buying and using them in my stocks and broths? Sure. But if I’m making a hearty beef stew or some other rich dish, I’m not going to panic if I run out of leaves. I’m also not going to panic if I run out of dryer sheets; my clothes will just be a little less well-rounded.