Australian Bushfires And Climate Change: The Links We Can’t Ignore

Australia is facing a catastrophic bushfire season. It’s not yet summer but bushfires have already ravaged parts of NSW, Queensland and Western Australia with the first catastrophic fire danger alert being recorded in Australian history. But a lot of the dialogue has turned to how it got this bad. Climate change is being touted as one of the major factors contributing to this crisis but with politicians playing down those claims and even censoring discussion of it, let’s take a look at the links between climate change and one of Australia’s most devastating bushfire seasons on record.

Bring me up to speed

Australia’s east coast faced its most catastrophic fire dangers in many years and its led a number of experts and pundits to conclude climate change is a major driver in creating the perfect recipe for disasters.

A number of federal and state politicians, however, have downplayed the link with Australia’s Deputy PM, Michael McCormack, telling the ABC bushfires, even of this scale, are a regular occurrence for Australia and that it was disgusting and disgraceful to link fires to climage change.

“We’ve had fires in Australia since time began, and what people need now is sympathy, understanding, help and shelter… They don’t need the ravings of some pure, enlightened and woke capital city greenies at this time,” he told ABC.

NSW Premier Gladys Berejiklian declined to comment when asked whether she shared any of McCormack’s sentiments but told reporters the discussion around climate change and the catastrophic bushfires burning the state were for another day.

“When you face people who are protesting I often say to them ‘Well, why don’t you help out people who have just lost everything?’ Let’s have these discussions another day,” Ms Berejiklian said.

The Guardian also released an exclusive report indicating public servants were directed not to discuss climate change during a climate change forum, AdaptNSW, designed to bring “climate change researchers and practitioners from government, industry and universities to showcase NSW’s leading research, tools and resources to help minimise the impacts of climate change in local communities.”

“For those attending AdaptNSW today, public affairs has issued advice not to discuss the link between climate change and bushfires,” The Guardian reports the email read. “Refer questions in session and plenaries to bushfire reps.”

What do the experts say?

Climate change itself doesn’t create bushfires but it can provide the perfect conditions for them. First, there’s global warming. Australia’s climate has gotten one degree warmer on average, as outlined in the Bureau of Meteorology (BOM) and CSIRO’s State of the Climate 2018 report.

Additionally, the country had its hottest summer ever over between 2018 and 2019 with BOM recording 2.1 degrees above the average. That makes the last nine out of ten summers going back to 2008 hotter than the average. Hotter weather, when paired with low rainfall, means bushland becomes dry and perfect for fire kindling. If you’ve ever had a camp fire, you’ll know the best foilage is the driest you can find. This is what’s happening in parts of Australia.

Scientists are not yet in agreement over whether climate change also contributes to heightened drought conditions but the State of the Climate 2018 did point out parts of Australia, like south-eastern Australia and south-western Australia, have faced years-long downward trends in rainfall. 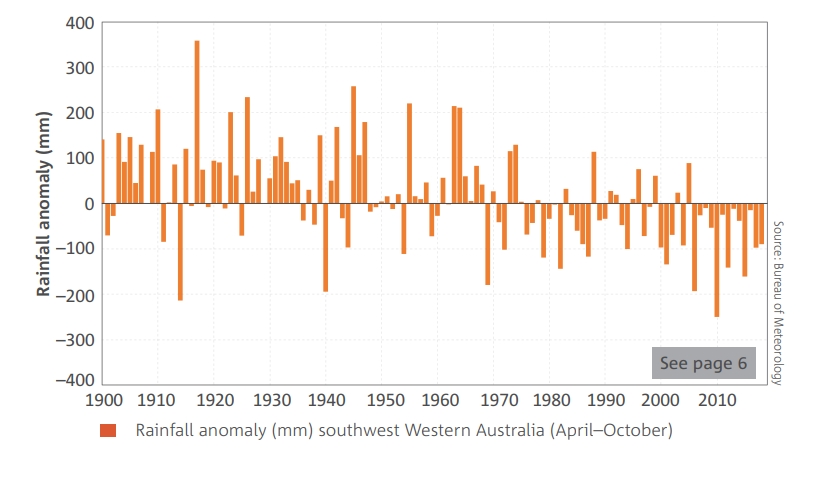 But whether changing rainfall habits can be blamed on climate change or not, the report showed the number of days with high Forest Fire Danger Index (FFDI) ratings is increasing to critical levels across the country with Victoria experiencing a notable increase in high danger days during spring, a season not usually associated with bushfires. The report directly links climate change as contributor to these conditions. 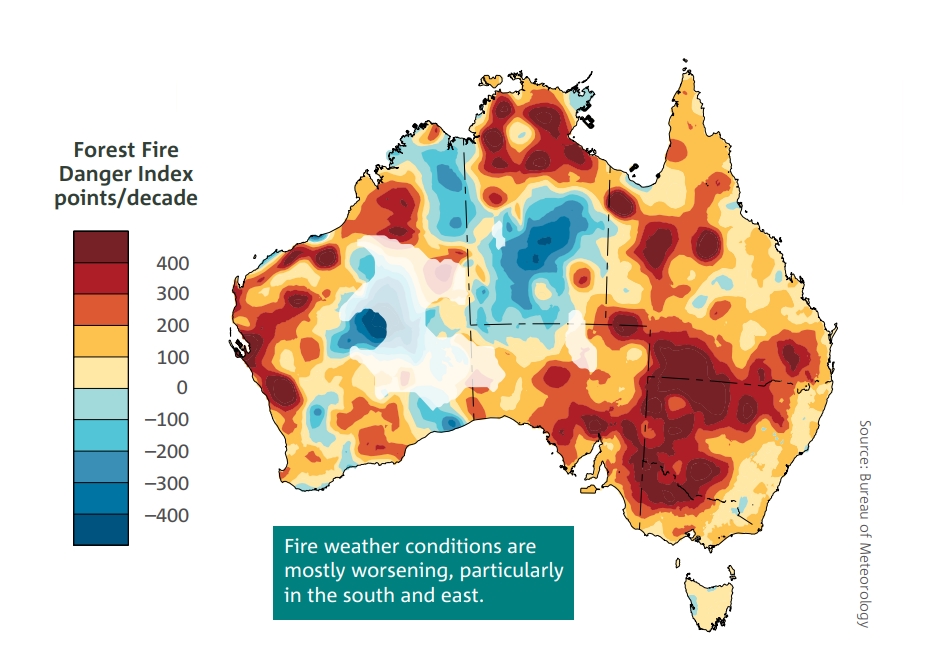 Global warming, accelerated by an increasing world population’s reliance on fossil fuel energies, is only going to make Australia’s fire season worse. Now, while parts of Australia remain on fire in the middle of November, is as good a time to talk about it as any.

Australian Bushfires Are Getting Worse. Here's Why

Summer might be more than six weeks away, but out-of-control bushfires have already torn across parts of eastern Australia in recent days, destroying homes and threatening lives. New research explains why.