It’s spring, which means the smell of sex is in the air. But while we’re happy to report it’s not actual sex you’re smelling (in most cases, anyway), the explanation is not any more pleasant.

How To Deal With The Fart Smell In Your Teenager's Room

Jolie Kerr is a cleaning expert, advice columnist and author of the New York Times bestselling book, My Boyfriend Barfed In My Handbag ... And Other Things You Can’t Ask Martha. Her flagship column, “Ask a Clean Person”, debuted in 2011. Here on Lifehacker, we’ve launched a new iteration of it, focusing on parenting and all the messes it brings.

I first got a whiff of this disturbing scent recently at a wedding in Tasmania. It infiltrated my nostrils and immediately, I assumed something was awry with the venue.

The groom later told me it was the beautiful dogwood trees that lined the entrance that made the place smell like a teenage boy’s bedroom. (Or if you want to be specific, a teenage boy’s tissue-filled wastepaper basket.)

Perhaps foolhardily, I decided to do some research online but I couldn’t find anything immediate about dogwoods smelling like dried human ejaculate; only that they smelt like wet dog. A more extensive google search (to at least page three) revealed another more likely suspect. 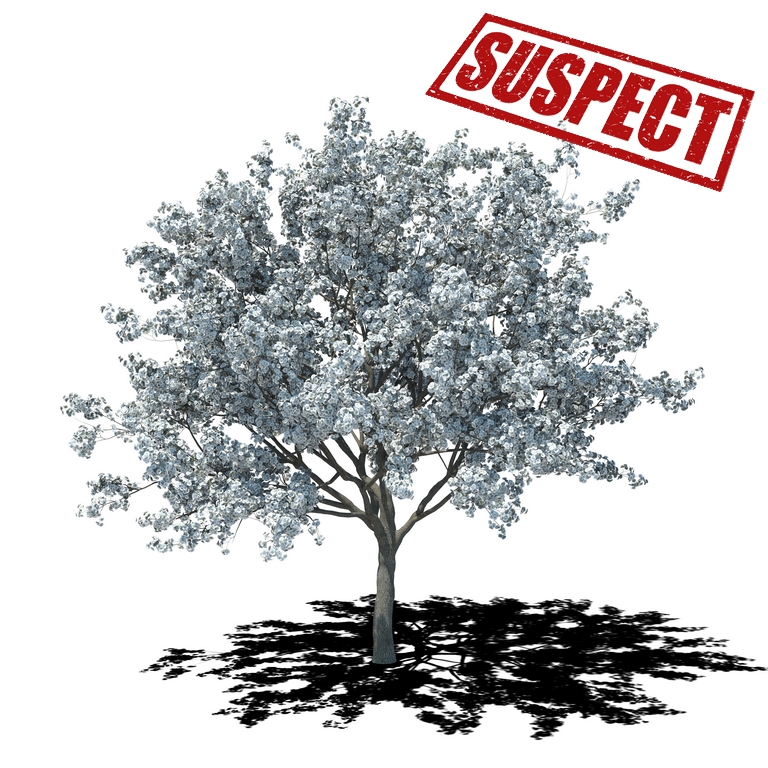 Urban Dictionary reliably has an entry, which refers to the tree as a “semen tree”.

If they smell so bad, why are they planted literally everywhere?

This is a good question because while they are beautiful trees during bloom, there are surely other trees equal in beauty without the lingering aroma of the crusty contents of a male’s bedroom bin.

The primary reason the trees were planted so widely across the world is they are sturdy, being able to withstand drought as well as a high rainfall areas. This is a pretty important aspect when you’re planning the design of a town or city and it’s one that US town planners in the 1960s had in mind when the tree experienced a new heightened popularity.

Now the streets of New York City and Washington DC are lined with the tree and with springtime comes the beautiful sight of the white flowers in bloom, shortly followed by a smell many would probably prefer not to remember.

We smell via receptors in our noses that intercept molecules released by objects, Cornell University professor, Dr. Eloy Rodriguez, told Business Insider. The smell from the ornamental pear is likely from amines, which are also found in other unpleasant bodily smells like arm pit body odour.

Trees, in particular, that produce disgusting smells do it in order to attract flies to spread their pollen and ward of pollen-stealing insects, Dr. Rodriguez told Business Insider.

If you’re not sure what all the fuss is about, you can experience the dread for yourself. Northcote Town Hall in Melbourne’s north has a generous gathering and in Sydney, you can find plenty around the North Shore. Because of their popularity in the 1960s, most cities and small towns in Australia will have a few scattered through an unsuspecting town. They’re easy to spot in spring because they’re absolutely gorgeous, as long as you don’t mind it’s paired with the imposing aroma of ejaculation.

But just like every season, the trees cum’eth and go’eth so you’ll need to be quick.

How To Tell Someone They Smell Bad, Anonymously

How can you break the news to someone who smells bad? You could be honest and compassionate, sitting down with your stinky loved one to broach the topic. But if you just want to drop a truth bomb and run away, we have a few suggestions.