Schedule Every To-Do Item On Your List — Or Trash It 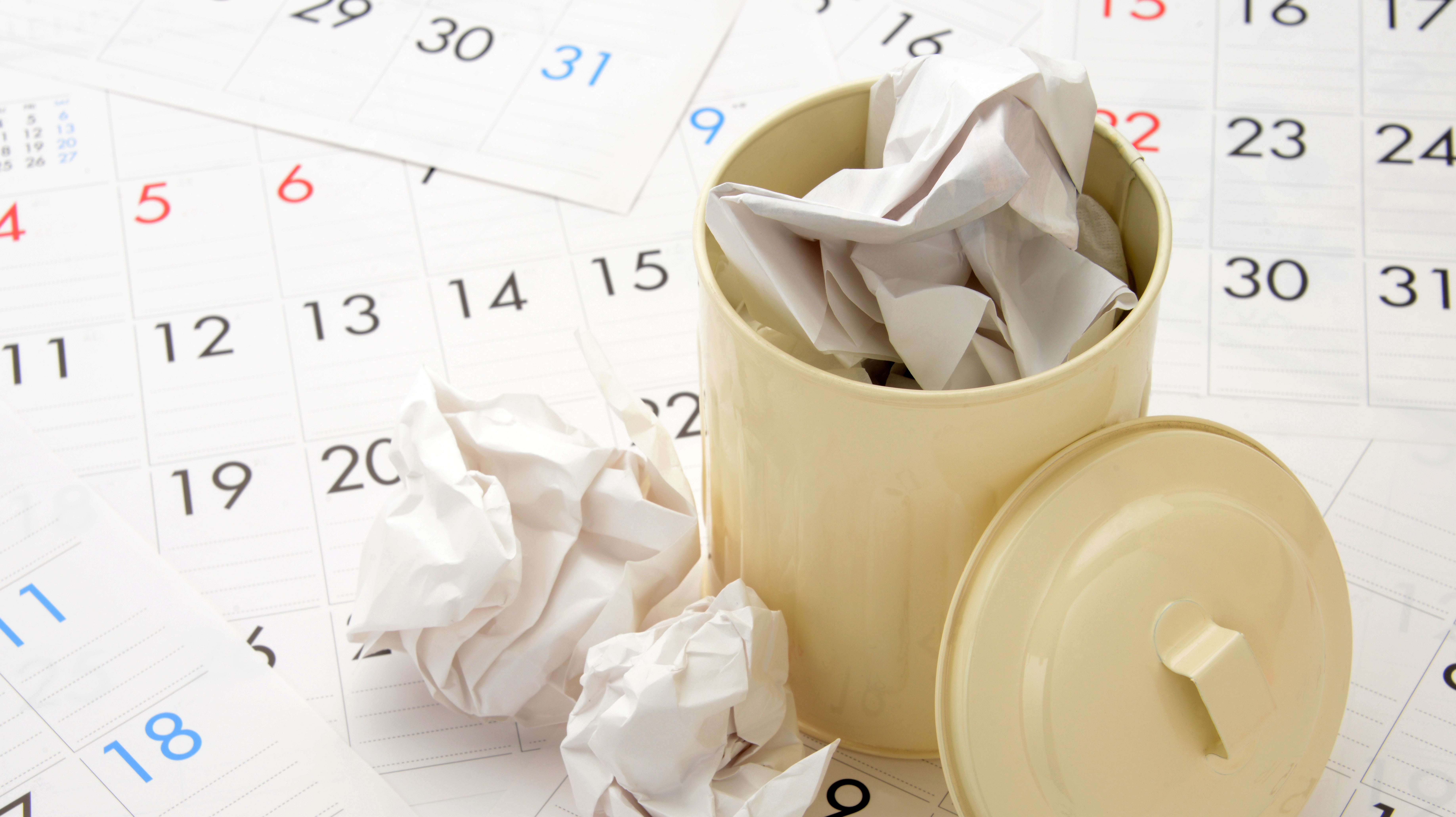 If you’ve got a to-do list filled with items you need to get done “someday,” it’s time to put those items on the calendar — or take them off the list.

I practice David Allen’s Getting Things Done system, which suggests developing a “someday/maybe” list of action items that you hope to do someday. (Maybe.)

This system also suggests that you review all of your outstanding to-do lists every week, including your someday/maybe list—which means that every week, I’d review items like “renew passport” and “look up how to speak at FinCon” and decide once again that these tasks would happen “someday” (renewing my passport, which doesn’t expire until June 2020) and “maybe” (figuring out how to speak at FinCon).

Then I gave myself a new rule. Everything on my someday/maybe list had to be either scheduled or trashed. In other words: “someday/maybe” would turn into “this specific day” or “never.”

I will complete the DS-82 Passport Renewal Application on November 1, for example. I’ll check the FinCon website for speaker application info on November 4. These items are now on my calendar, ready to complete as scheduled.

On the other hand, I’m no longer going to sort through my books and decide whether I want to sell any of them. That item has been on my someday/maybe list for nearly a year, and now it’s gone. I don’t have to ask myself every week whether I still want to do this “someday,” because I’ve already decided it isn’t something I want to prioritise right now.

Which brings me to the obvious question: What if November 1 arrives and I don’t complete that passport renewal application? I’ve been using a calendared to-do list for over four years (by which I mean “a to-do list in which every task is given a specific date and time slot”), so I already have a system in place for rescheduling something that doesn’t get done on its originally scheduled day.

I find the next available open time slot on my to-do list, and I move it there.

Or, in some cases, I decide that this item is no longer a priority, and I remove it from the list completely.

I know this kind of task management system won’t work for everybody. That said, here’s one more tip that might help you if you want to implement a similar system: schedule some of your someday/maybes for a specific month, not a specific day. Since I don’t know what my workload will be like a few months from now, putting some items on the list for “December” instead of “December 8″ makes more sense. This is how I handle long-term planning in general, not just someday/maybe planning; I already have a bunch of stuff that I know will need to happen in December, and in the second half of November I’ll take an hour or two to give each individual task its own date and time slot.

However you set up your own calendar and your own to-do lists, the important thing is to get as many tasks off the “someday” list as soon as possible. Deciding to do something that’s been stuck to your list for months feels great; deciding that you’re never going to do it feels even better.

Plus, getting items off your to-do list (whether you do them or not) opens you up to new possibilities — and a whole new list of stuff you’d like to do someday.