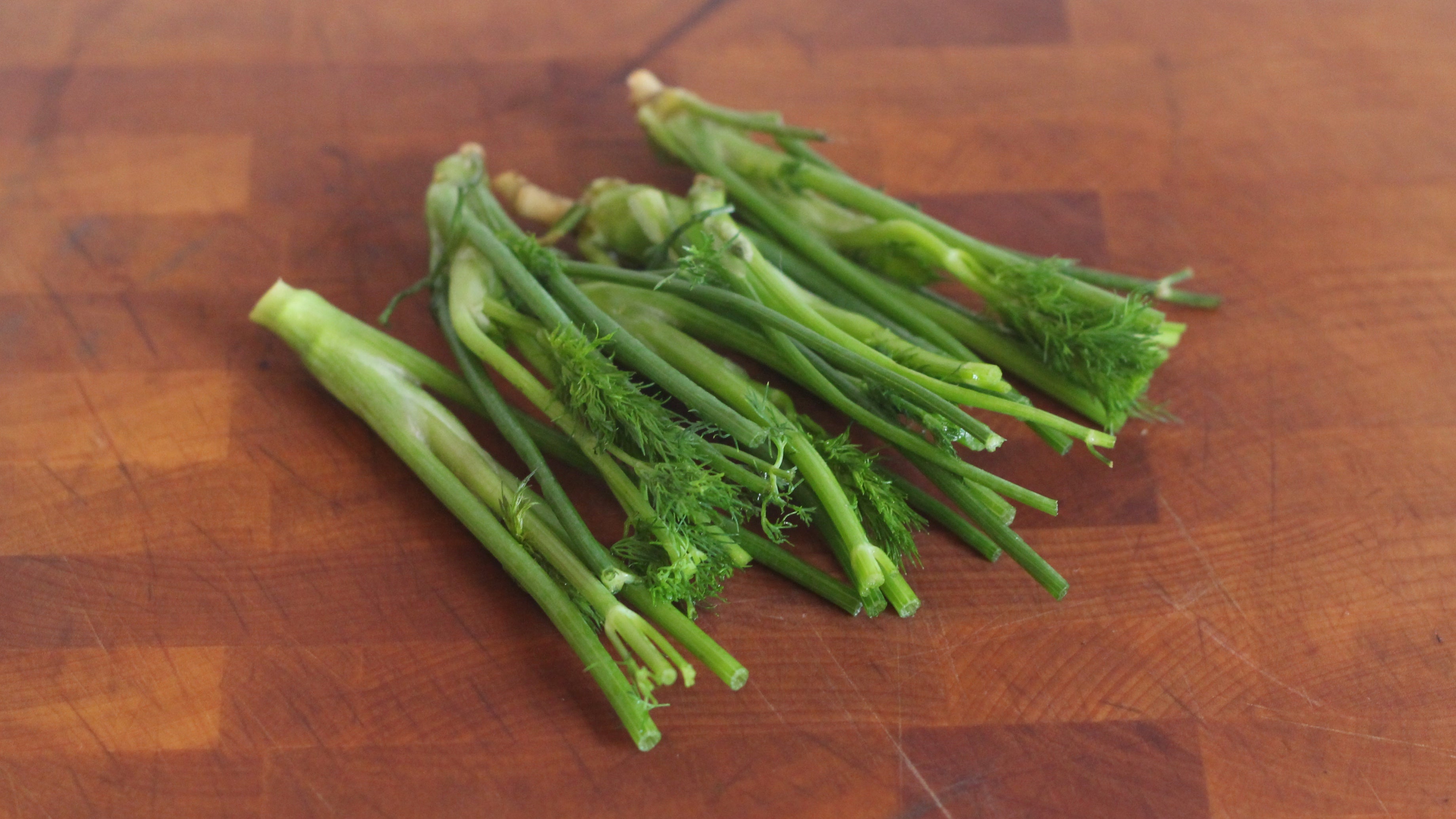 People seek out dill for its feathery, fragrant leaves, while the crunchy stems are largely ignored. They don’t have as much flavour as their leafy counterparts but, when pulverised and mixed with salt, you get a green, vegetal, pleasantly dill-scented salt. Combine that with a little powdered vinegar (sodium acetate), and you have a tangy, salty seasoning with a dill pickle sensibility.

This pickle salt is a little kinder and gentler than what you usually find on commercially produced pickle flavoured snacks. Instead of being mouth-puckeringly sour, it’s tangy and slightly sweet.

It adds a whisper of dill pickle flavour, rather than hitting you over the head with it. You can also leave the sodium acetate out for a purely dill-flavored salt, and that would be quite good on egg dishes, particularly Benedicts. To make this tart dill salt, you will need:

For the dill salt:

For the sodium acetate:

Weigh the stems, note the mass and chop them finely. Add them to the bowl of a food processor, along with an equal amount of salt by mass, and pulse to mix the herb stems and salt together. Spread the mixture on a parchment-lined baking sheet, and dehydrate in a 120 degrees Celsius oven until it is dry and crispy (about an hour). Return to the (washed and dried) food processor and pulverise into a fine powder. If all you seek is dill salt, stop here.

If you wish to add tang to your dill salt, add a heaping tablespoon of baking soda to a large measuring cup or medium mixing bowl. Add vinegar, small splashes at a time, stirring after each addition, until the mixture no longer fizzes when additional vinegar is added, even after stirring.

This means the acid-base reaction is complete, and you now have sodium acetate dissolved in water. To turn it into a powder, pour it into a sauce pan and boil it down. This will smell pretty bad, especially if you don’t like the smell of vinegar, so open a window. Once the liquid level starts to get low, keep a close eye on the pot, as crystals will rapidly form. 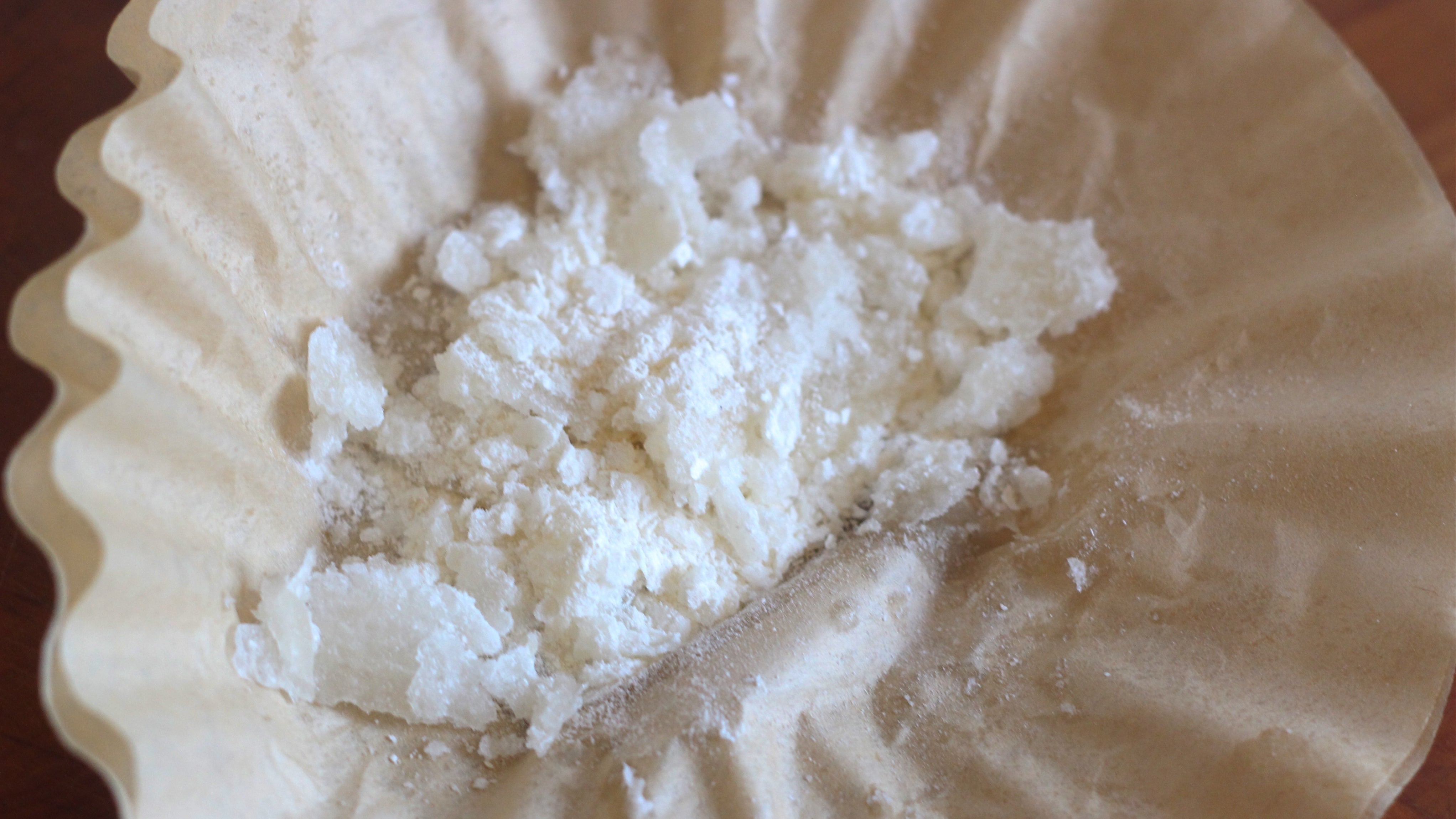 It will look a little gummy at first. (Photo: Claire Lower)

Scrape the wet crystals out of the pot, and place them on a coffee filter to absorb excess moisture before transferring the crystals to a parchment lined baking sheet. Dry in a 120 degrees Celsius oven until completely dry. 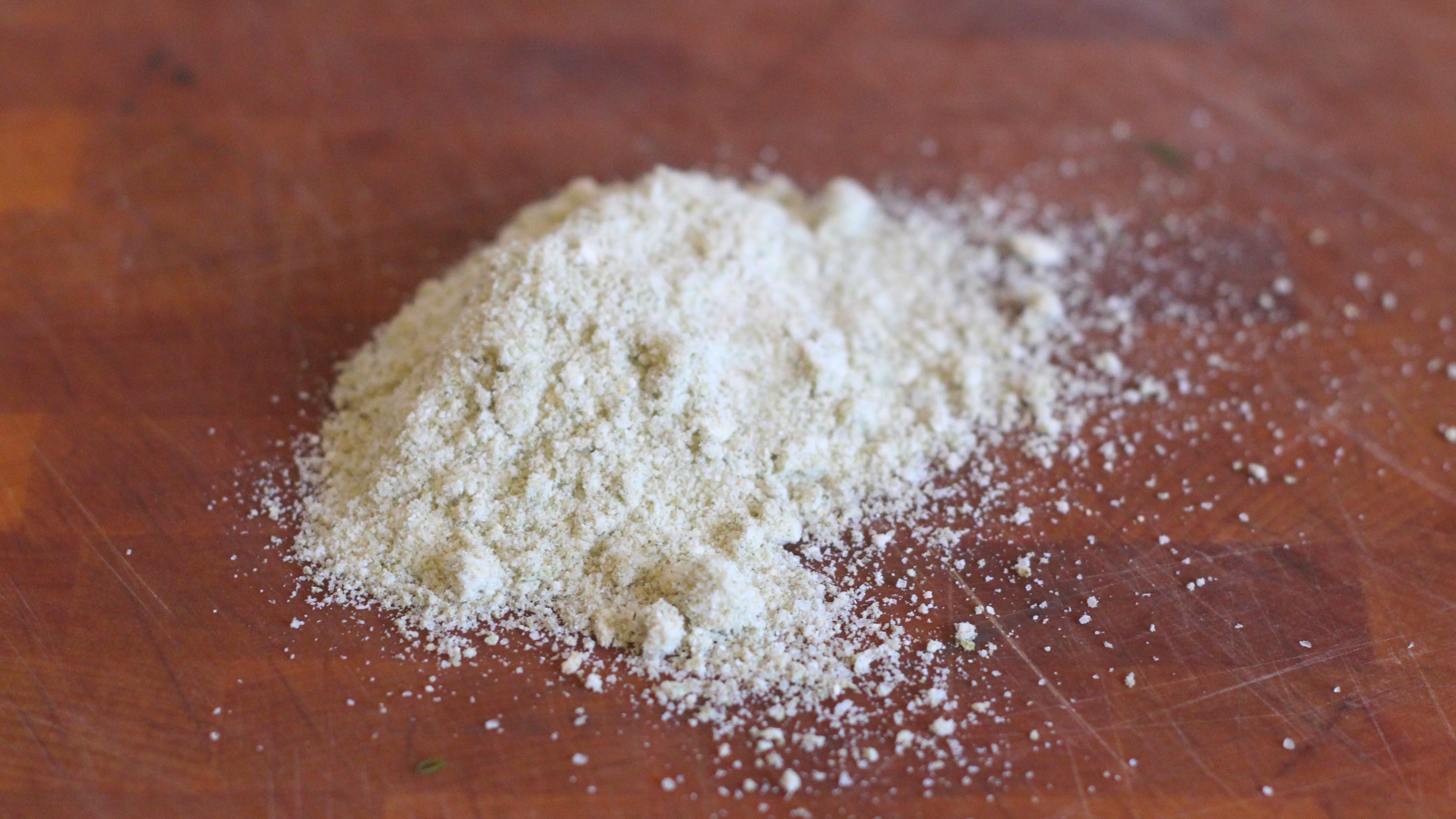 To make pickle salt, combine the sodium acetate with equal amounts of dill salt by volume. Sprinkle on popcorn (duh), unsalted chips, hard boiled eggs, or anything else you think would be improved with a whisper of pickle flavour.