KFC’s New ‘Secret Menu’ Burger Has Landed: Here’s How To Get It

If you weren’t already privy to KFC’s secret menu, you can access it through the fast food chain’s app through some careful manoeuvring. Its latest secret burger has just been released and it’s the perfect choice for ultra carnivores who don’t care about carbs. Here’s how to sink your teeth into it.

KFC has announced the ‘Hot Or Not’ burger is now available through its shadowy secret menu. As with all previous secret menu items, it’s only available for for a short time.

Essentially, the burger will come with both an Original Recipe fillet and a Zinger fillet. Also slapped on is a sorta spicy sauce with the standard fare of mayo, cheese, bacon and lettuce.

“We know how much our fans love a Zinger Burger, but not everyone’s tastebuds can commit to its spiciness,” KFC’s CMO Kristi Woolrych said in a media release. “We want everyone to be able to enjoy the delicious and original taste of our famous Zinger flavouring. [It’s the] perfect burger for anyone who’s keen to maybe spice things up… but only by a little bit.” 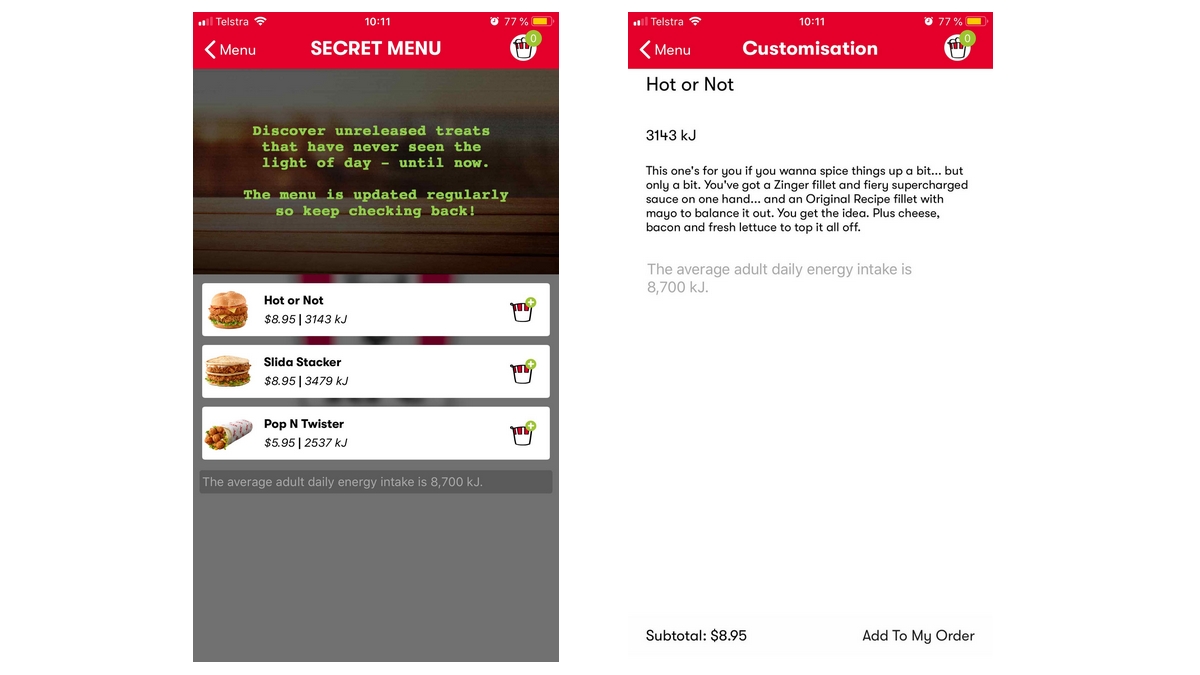 How To Get The KFC Colonel Sanders Dating App

Have you ever stared at the jovial face of Colonel Sanders and found yourself having impure thoughts? Us neither. Nevertheless, KFC reckons a lot of customers are 'DTF' with the white-whiskered mascot - and it's created a new dating app for them to sate their desires with. No, really. Here are the details.