How To Make Facebook Show The Friends You Actually Care About

If you’re a Facebook user, then you’re likely pretty familiar with Facebook’s Timeline, where you can see status updates from all your friends. You’ve also probably been annoyed more than once by the fact that you had to scroll through a bunch of posts from people you knew a decade ago before you actually see the posts from your current friends or family.

Facebook’s algorithm and who you follow and don’t follow on the site can come into play when it comes to that order and making it less crappy. One thing you might not realise is you can actually dictate whose posts show up first every time through a hidden Facebook setting.

Facebook Messenger has swiftly become the world's #1 messaging app with more than 1.3 billion monthly active users. While you probably know how to make video calls and send animated GIFs, the app has a bunch of additional features and functionality beneath the hood. Here are 11 tools you might not know about - and how to use them.

From there, select “News Feed Preferences” from the drop-down menu. A Preferences menu will appear where the first option is “Prioritise who to see first.” Click on that one. 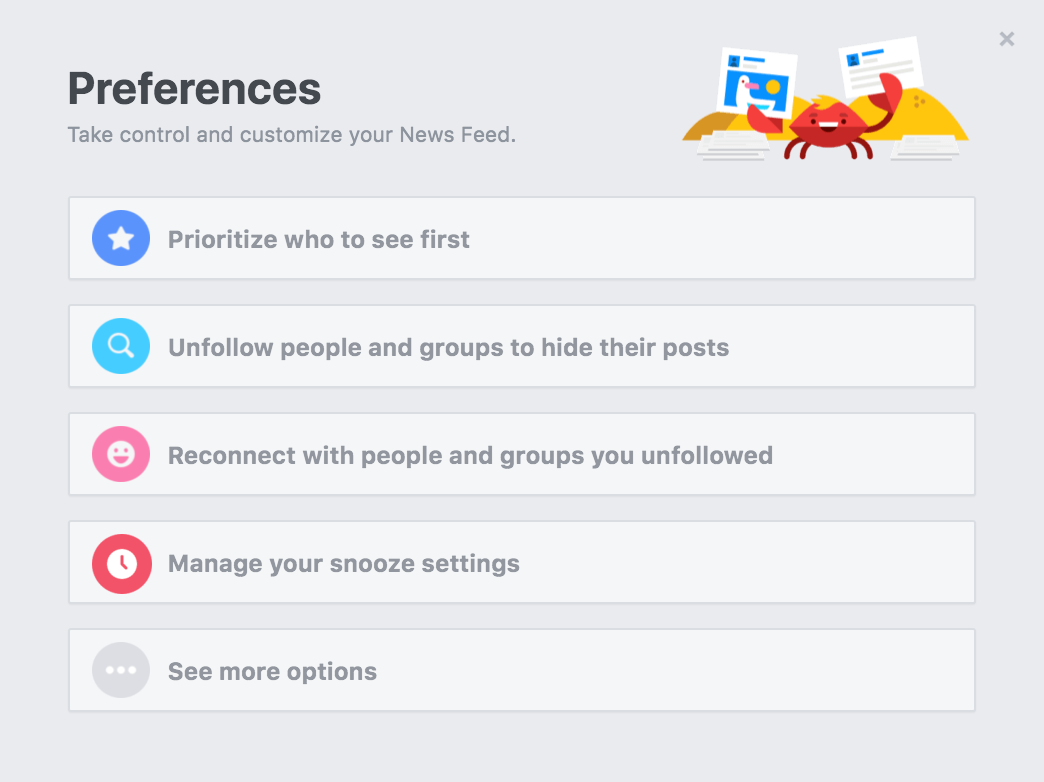 Afterward, you’ll see your full friends list. Click on the folks you definitely want to see posts from to have those specific friend’s posts show up first in your feed.

After you do, each time you log into Facebook going forward you’ll see those friend’s latest posts at the top of your feed, ensuring you don’t miss a thing (and don’t fall down the rabbit hole of looking at posts from people you don’t talk to regularly anymore).

There's A Way To Find Out Who Blocked You On Facebook

Have you ever had a friend go suspiciously AWOL on Facebook? All of a sudden they're not liking or commenting on any of your posts and their own statuses have stopped appearing in your feed. Have you been blocked? Turns our there's a way to find out.