How To Make Highlighter Look Like Your Own Beautiful Skin

Most people who wear makeup do so to look like a better version of themselves; “better” translates roughly to “prettier,” which is almost invariably code for “younger.” A fresh, youthful glow has long been the desired outcome of makeup application, and the recent explosion of highlighting means it’s easier to achieve than ever.

Well, sort of – the vast majority of highlighters on the market are developed with smooth, young, perfectly lit skin in mind. If you’re older than 25, experimenting with highlighter can be frustrating. Fine lines and wrinkles are so thoroughly stigmatised that even people who aren’t self-conscious about theirs are unlikely to intentionally emphasise them with something shiny – which is exactly what super-intense highlighters marketed towards The Youths will do.

I’m only 29, but I apply highlighter very differently than I did even two years ago. It’s not impossible to make heavy highlighter look great – even up close in natural lighting! – but it does take a bit of finesse.

Choose the Best Formula for You

The difference between “Wow, your skin is amazing” and “Is there eyeshadow on your cheek?” is in the formula. Ideally, a shimmery highlighter is invisible until it catches the light – and then it beams.Â

This is much easier to find in liquid or cream formulas. Liquid highlighters evenly suspend shimmery pigment particles in a translucent base that evaporates as it’s blended out, leaving behind nothing but a beautiful sheen. If you need your highlighter to smooth over textured skin, go for a cream or liquid. I’ve swatched my favourites heavily on the backs of my fingers because I think it illustrates how a highlighter behaves over uneven skin texture: 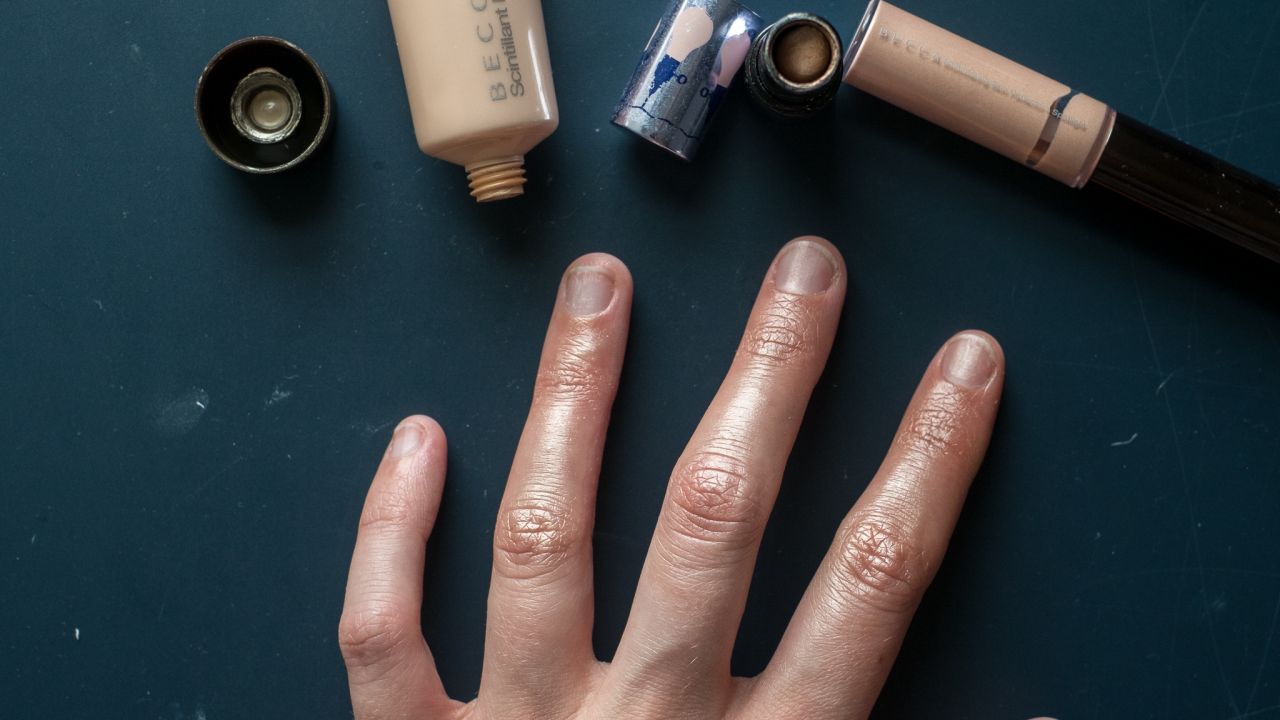 Powder highlighters tend to be much more opaque, and thus less forgiving. Sheer, harder-pressed formulas work best; these all look pretty unimpressive in swatches, but dynamite on my face: 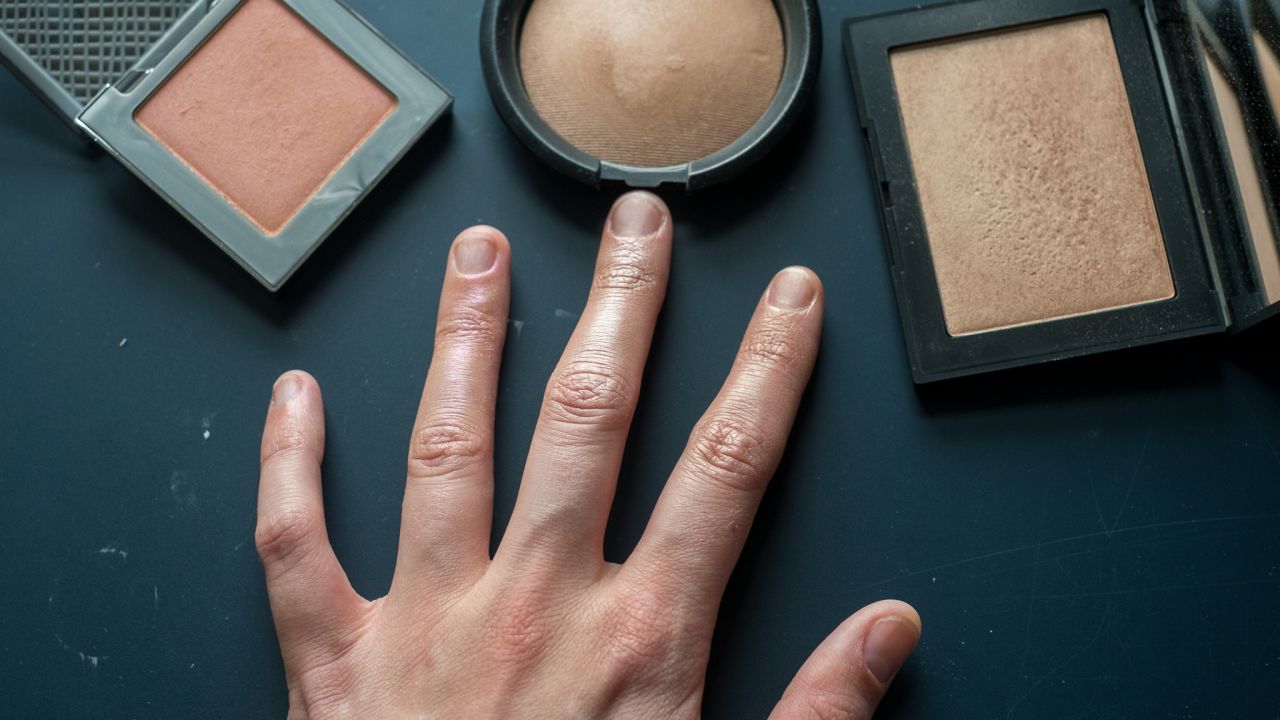 Reflective eyeshadows with translucent base pigments make great highlighters too: 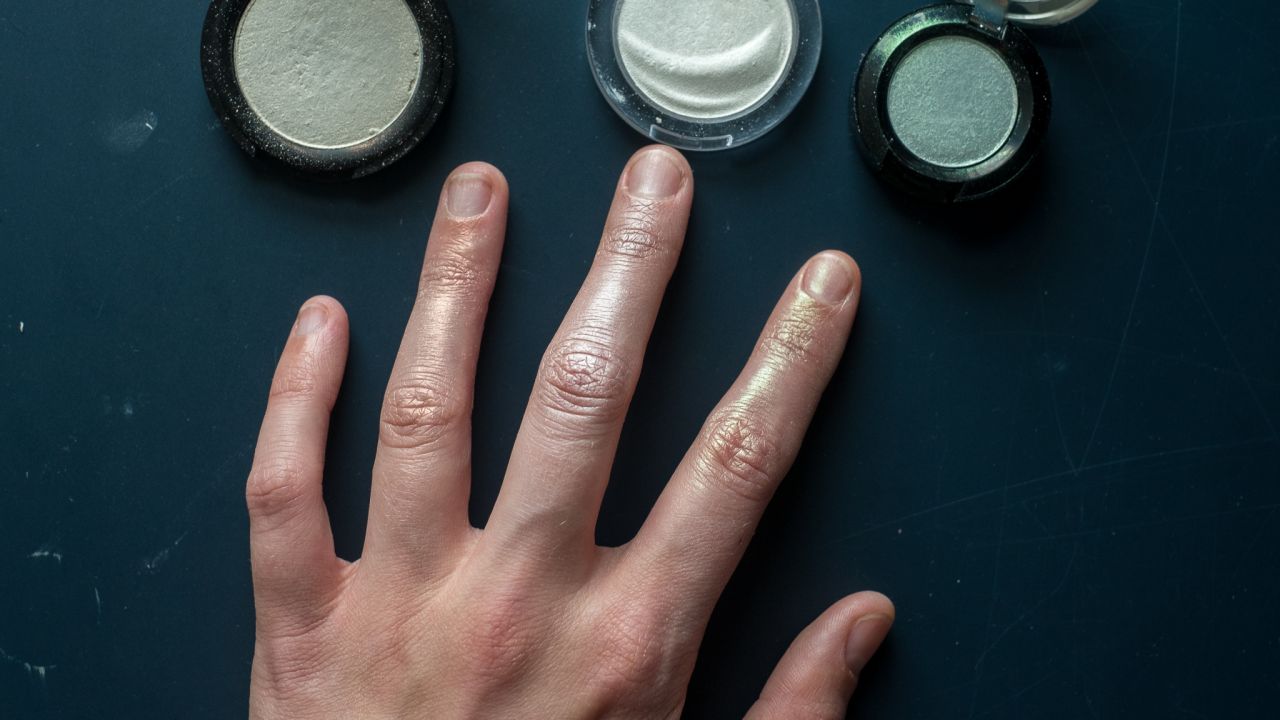 Soft, dense powders look beautiful when swatched, but can emphasise skin texture like crazy. Check out how much more Tin Man-esque my fingers look here! 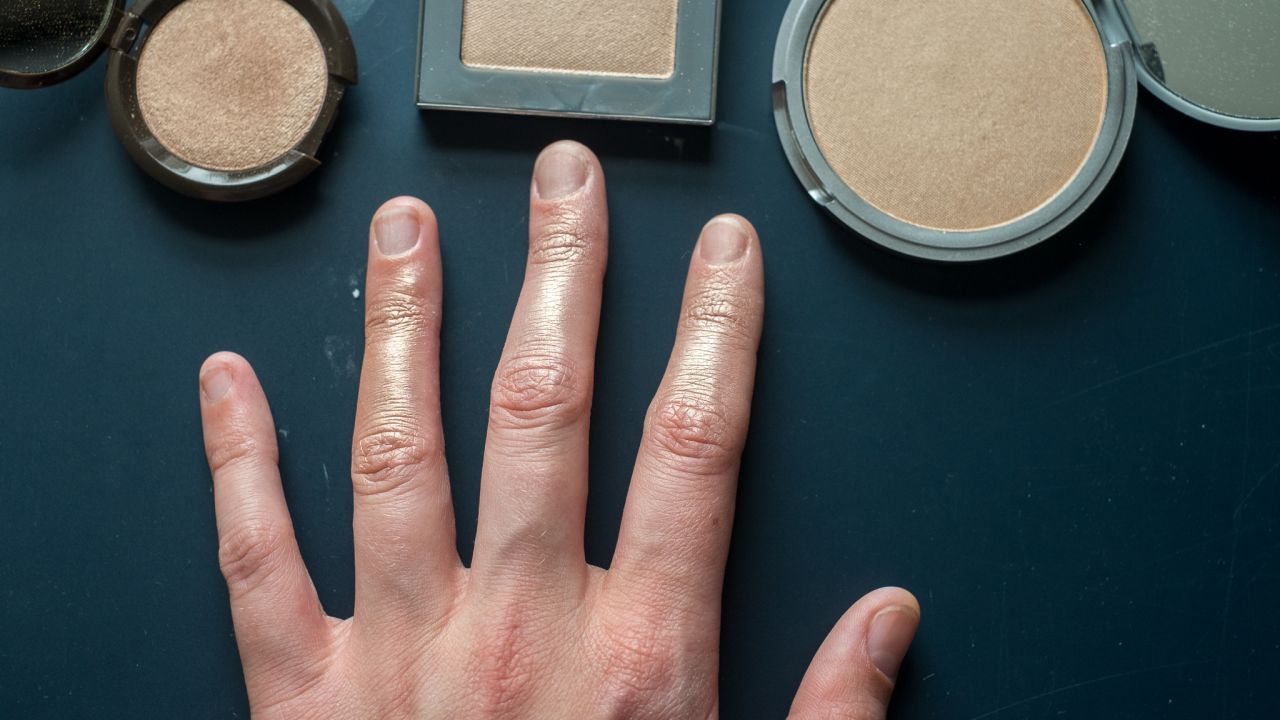 You might be wondering why I haven’t discussed colour. To be honest, colour matters nowhere near as much as texture: huge shade mismatches aside (too-light highlighters look ashy on dark skin, and too-dark highlighters look muddy on light skin), subtle colour variations in highlighters are imperceptible once applied. As long as the non-reflective parts of the formula are translucent, any highlighter colour — from champagne to bronze to green to icy pink — can look surprisingly natural.

Use the Right Brush for Powders

I applied and blended powder highlighters with my fingers for years. Fingers are the perfect tool for liquid and cream highlighter, but if you’re working with an opaque powder, they can make for a really harsh application – especially on skin with any trace of uneven texture. 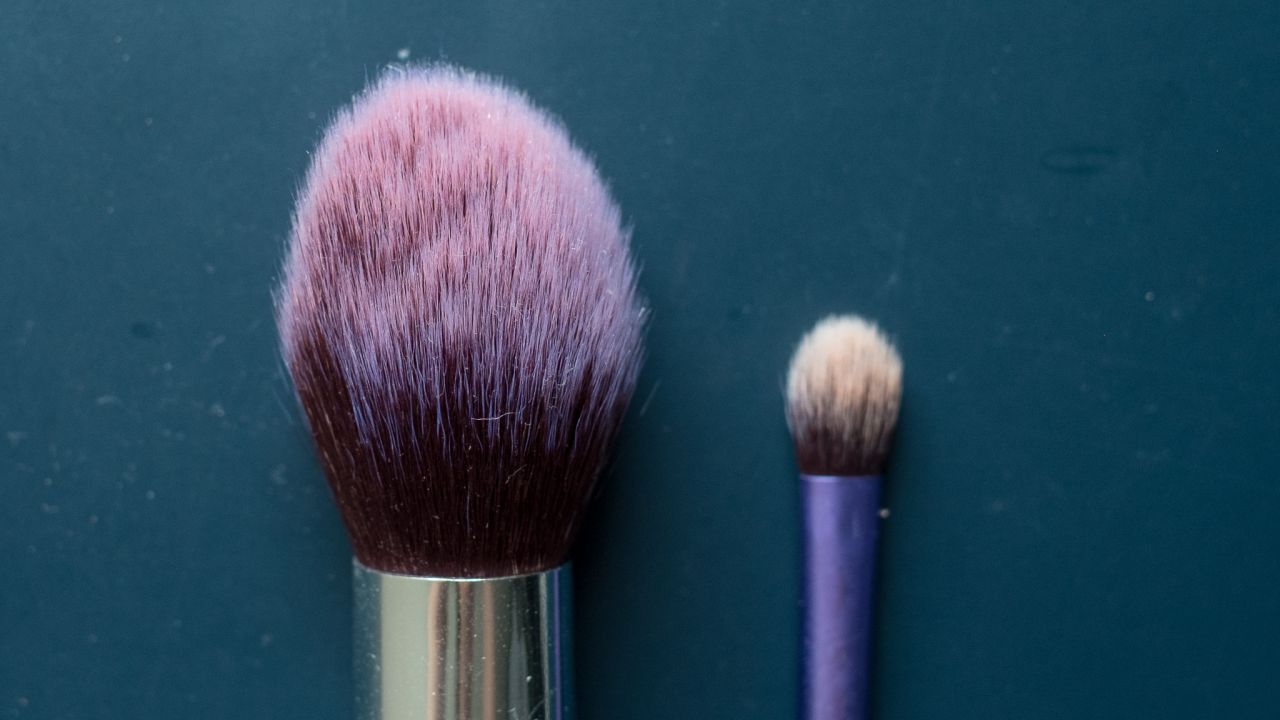 These days, I apply powder highlighter with a brush. The right highlighter brush should be dense enough to pick up powder and stiff enough to buff it in, but anything too dense and too stiff runs the risk of depositing too much at once. I use the bigger brush pictured above for broad, diffuse applications of sheerer formulas, and the smaller one when I want more intensity and/or precision.

If none of your brushes do a great job with powder highlighter, I wholeheartedly endorse buying a cheap set of synthetic-fibre brushes. Always do your research, but thanks to private labelling, many of those sets are shockingly good: soft, easy-to-use, and plenty durable to stand up to regular washing.

Think Outside the Cheekbone 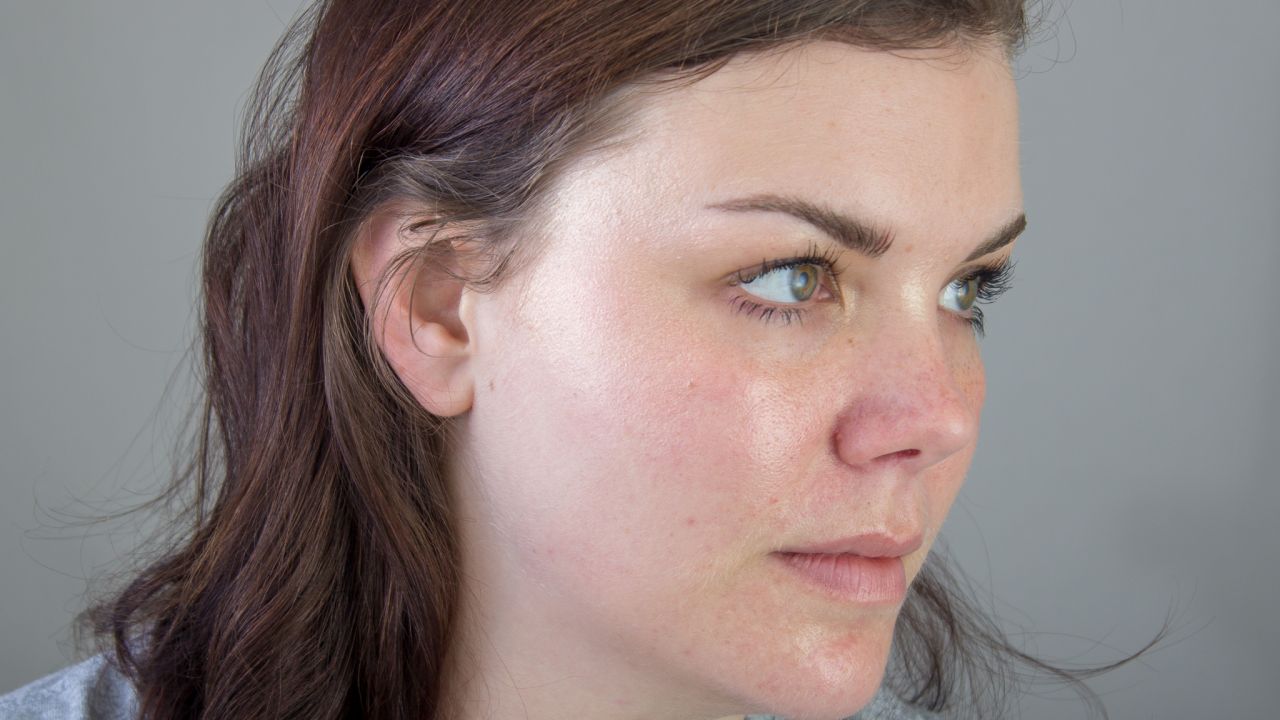 Reflective makeup emphasises the area it’s applied to, which can dramatically alter bone structure — in well-lit, heavily edited photos. In real life, packing shimmery pigment on an area that recedes into shadow results in nothing but a very fancy, sparkly shadow. If you don’t have naturally prominent cheekbones, highlighting them aggressively can quickly veer into “fancy shadow” territory, but there are plenty of other options.

The easiest way to figure out where to apply highlighter is to look at your bare face head-on in a mirror, a few steps back from a window that receives indirect sunlight. Smile a few times, tilt your head — basically, pull some faces. Where – and when – do you see the darkest shadows? Highlighter will look the most natural when applied directly above those shadows, so choose spots that emphasise your favourite feature(s) and go from there.

My cheeks are my favourite feature; they’re cute, chubby, and provide some truly primo blush real estate. They also cast a serious shadow when I smile, and I’ve found that blending a bit of highlighter directly on the apples of my cheeks catches the light whenever they move – so a smile literally lights up my face. I also like my eyes, which are deep-set and fairly close together. Highlighting my brow bone emphasises my deep crease rather than fighting it, and adding a bit to the bridge of my nose draws attention to my eyes in a flattering way. 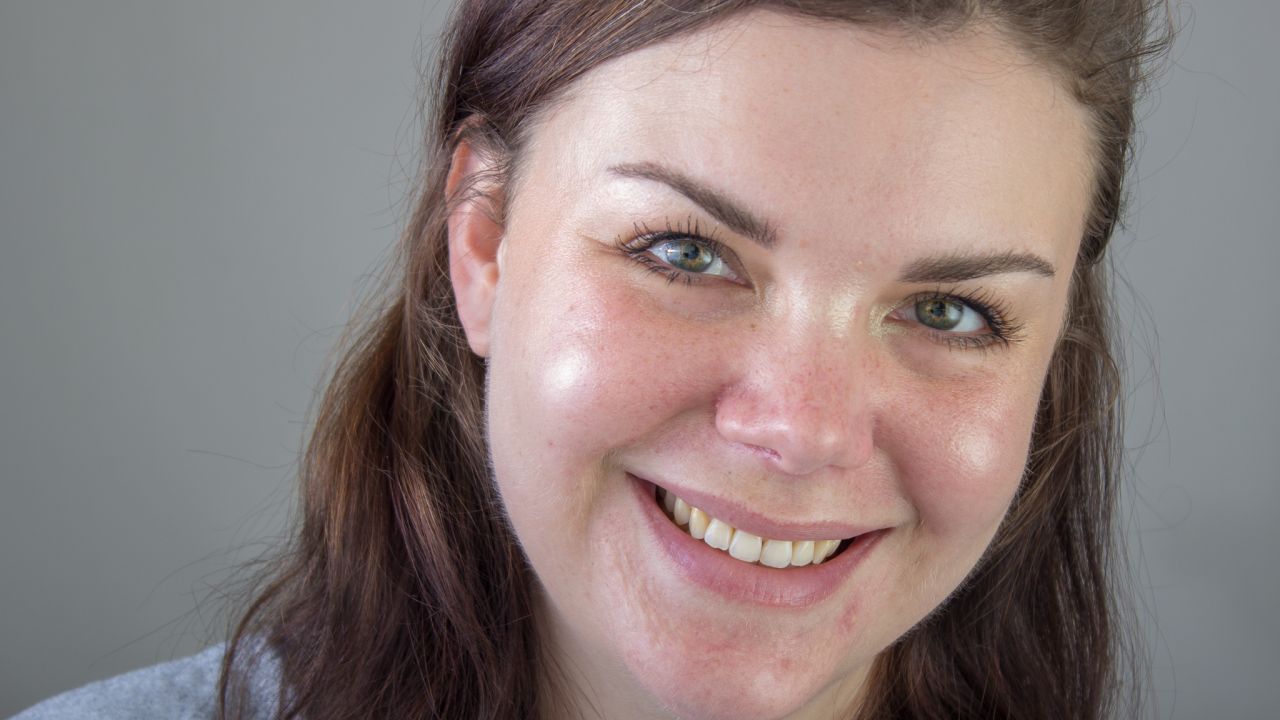 Everyone’s face is different, so these specific suggestions may or may not work for you. The important thing to keep in mind is that even if you love a shiny cheekbone – I certainly do – highlighting a few additional features makes for a more diffuse glow, which always looks more realistic. (Have you ever seen someone sweat only from their cheekbones? Me neither.) Oily-skinned folks are cautioned against taking a more-is-more approach to highlighter, but I’m constantly surprised at how great I look when I recklessly dust it all over my face. It’s counterintuitive, but it really works.

When it comes to highlighter, and makeup in general, there’s one final thing to keep in mind: Instagram is an endless pit of lies. Photos of beautiful people with shiny cheekbones are the product of expensive continuous-source lights, even more expensive cameras, careful posing, heavy post-processing, and (usually) an undisclosed sum of sponsorship cash from at least one cosmetic brand. This is what the highlighter looked like in natural lighting, but I still had to mess with the highlights/shadows and whites/blacks in Lightroom for it to really show up: 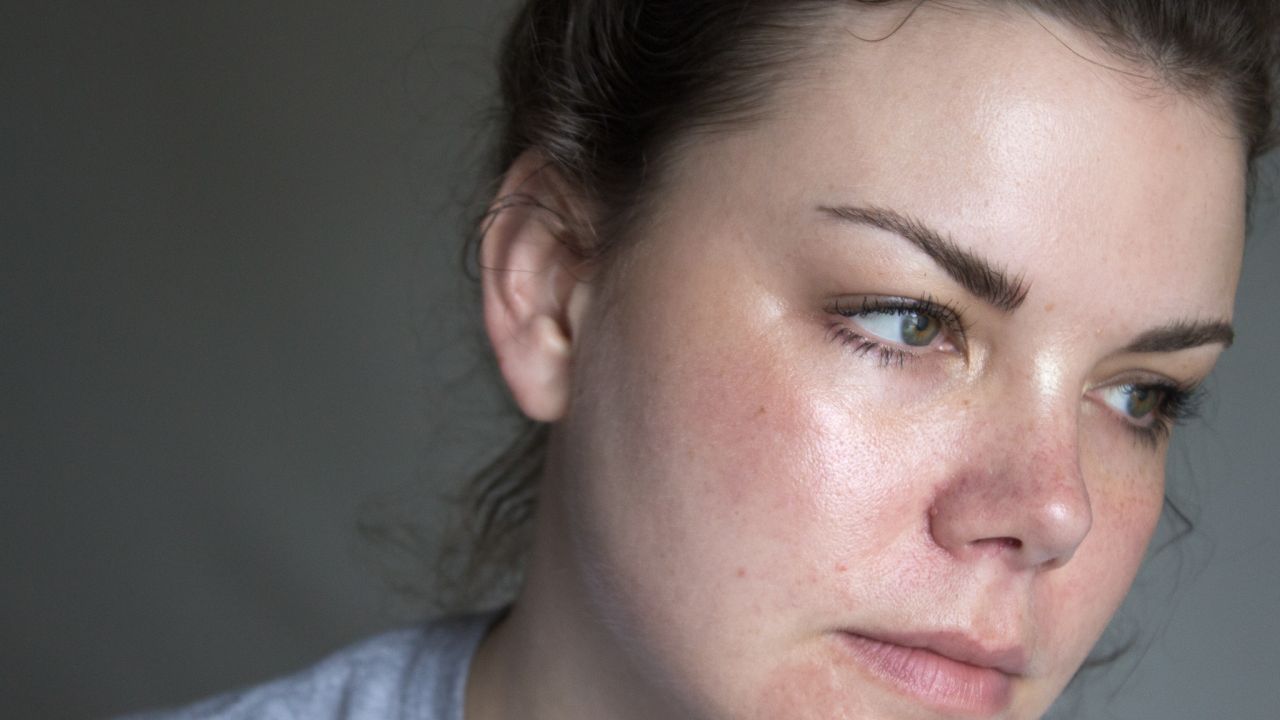 What looks good on camera usually looks pretty wacky in daylight. Apply your makeup as close to a window as possible, and give yourself a break if you don’t look airbrushed. In natural light, nobody does – not even the beautiful people on Instagram.