Windows: If you built your PC, odds are good that you know what’s in it. Or, at least, you have a general idea — and might only need a refresher about specific model numbers from time to time. If you bought a prebuilt desktop or laptop, you’ve probably long since forgotten what’s inside. Don’t worry, though; it’s not hard to figure out your system’s components in either scenario.

Why would you care about this information, though? Perhaps you need to know the specific motherboard you have so you can find the correct BIOS update online. Or maybe you’re looking to upgrade your memory (or add on to what you already have), and you need to know your memory’s specs. You might have even read about some new CPU exploit and want to know whether you’re affected (or whether a fix for that will affect your processor’s performance).

So, how do you tell what’s inside your system? You have a few options.

Find the invoice (or read some boxes)

The simplest way to figure out what’s in your system is to make sure you save the specifications when you purchase it, assuming you’ve plunked down for a ready-made laptop or desktop. But whether you’ve pieced it together yourself or simply purchased a standard configuration, you should be able to save your specs — or find them on your invoice — when you’re purchasing your PC. Save these in a handy place, like your Google Drive or Dropbox, and you’ll always know what’s in your system. It’s as easy as that.

If you build your PC yourself, it never hurts to write down this information in a simple .TXT file. Otherwise, you could always go check the boxes for your components — you did save the boxes, right? If these are easy to access, it’s a simple way to see what’s in your system. However, if you’ve hidden these boxes away in your garage or crawlspace somewhere, you might want to explore other, faster options.

Device Manager is (mostly) your friend

The next easiest option to get a good idea of most of the key components of your system is to pull up Windows’ Device Manager. First, though, navigate to it through the System window, which you’ll be able to find by typing that word after you click the Start button. Under the (appropriately named) System heading in the System window, you’ll see what kind of processor your system is using and how much RAM you have. (The former is more useful than the latter).

From there, click on Device Manager in the left sidebar. You’ll now be able to look up components like: 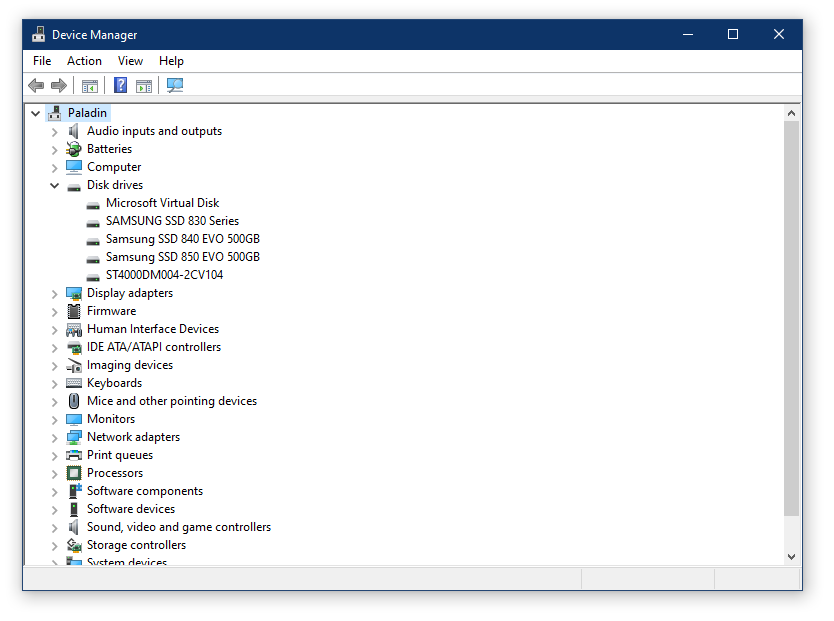 The information you get from Device Manager, plus a quick web search, should be all you need for most of your system’s components. But there’s still a bit more information you might need to know about what’s inside your computer, so we’re not done quite yet.

Try some third-party utilities if you need to keep digging

You learned a bit from device manager, but some specs probably still elude you — for example, the specifics of your RAM that you’d need to know if you were looking to buy more of the same sticks, or which motherboard you’re actually using so you can figure out BIOS updates, future upgrades and troubleshooting. And if you weren’t able to learn anything critical from System or Device Manager, you might need some extra firepower.

I absolutely love this free utility, because it gives you a wealth of information about — you guessed it — your system’s processor, RAM configuration and motherboard. Download and run CPU-Z, and you’ll see: 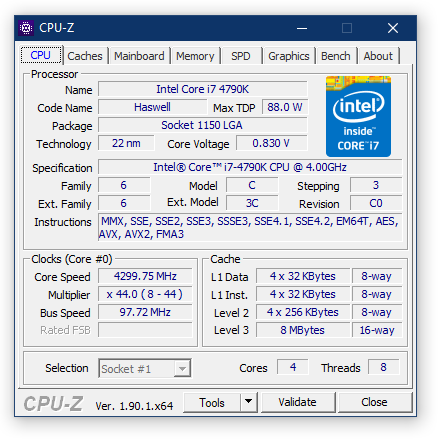 While there are certainly more things you might want to know about, say, your motherboard’s exact configuration before you start doing some upgrades — what SATA version it supports on its various connections, for example, which might help you decide whether it’s even worth it to stuff another SSD in your system — CPU-Z will at least give you the final pieces of the puzzle you might need in order to look this information up manually.

Other utilities worth exploring

If you want a prettier-looking way to see all of your system’s specs in one place, I also recommend freeware version of Speccy — you can’t go wrong.

HWiNFO is also a great, free utility that provides similar information about your system: