While we like to imagine our fancy new phone cameras will be exclusively used for wholesome pursuits, the truth is, many use it for the more salacious moments of their life.

The iPhone 11, iPhone 11 Pro and iPhone 11 Pro Max are now available to buy in Australia. If you're keen to get one on a plan, there are a lot of offers to choose from. Here are all the options from Vodafone, Optus and Telstra!

YouTuber Jeremy Judkins pointed out the iPhone 11’s ultra wide lens has the ability to make things appear bigger than they actually are. He used a banana to illustrate exactly what he meant. Feel free to use your imagination, or not.

We tested it out with a suspicious-looking drink bottle and it really did stretch the truth of its size. 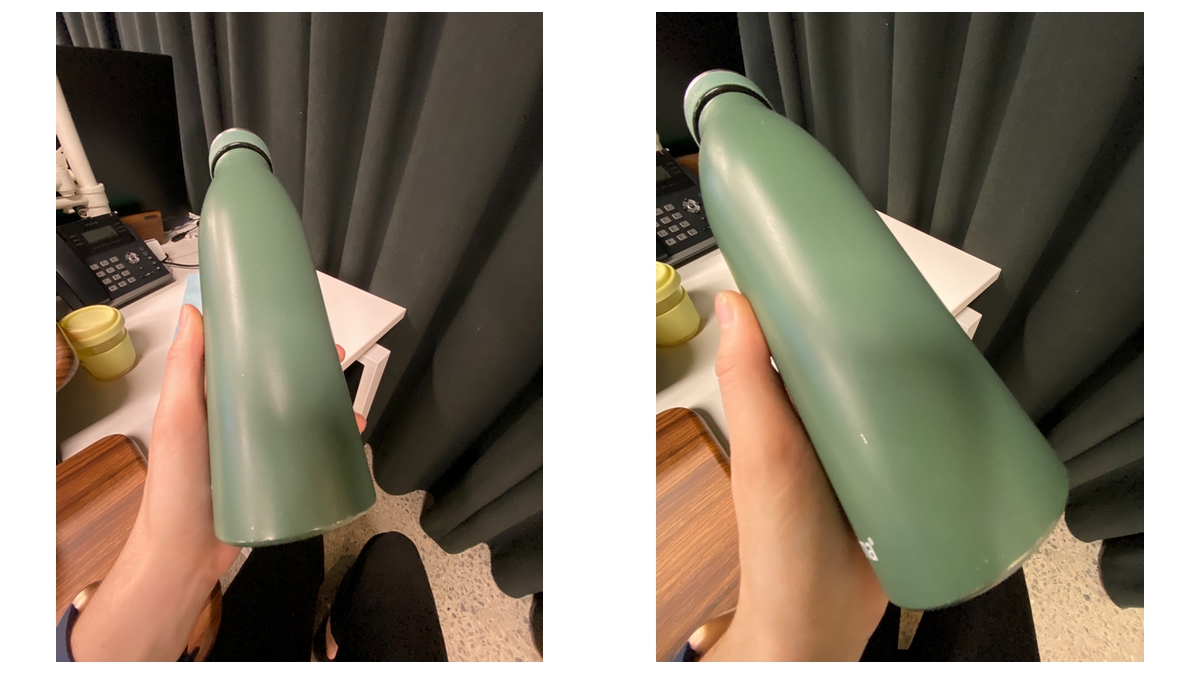 This distortion happens because the lens’ focal length is much smaller than the regular lens. It allows more to be included in the shot, which is perfect for landscape images with nearby subjects (AKA all your travel pics). But this effect also makes nearby subjects appear much bigger relative to objects in the foreground distorting the image.

Asking for a friend, but how would one enable it?

Very simply, actually. If say your friend wanted to show you just how big the cucumber they grew in their yard was, they could take a snap on the phone’s regular photo setting. But if they wanted to exaggerate the reality a little further, they could slide the setting over to ultra wide (the ‘0.5’ option) to up the ante.

The closer they put the cucumber, or chosen object, to the lens, the bigger it’ll likely appear. Your friend is welcome.

Avoid Strangers' Dick Pics By Turning Off Airdrop On Your Phone