How To Address Being Overqualified For A Job You Want

Last week, we discussed how to deal with tricky job interviews and the right way to answer “why exactly do you want to work here?“ (Spoiler: it’s a lot easier than you think.) In our comments section, one reader mentioned another potential scenario you might run into during the job hunt: How do you explain wanting a job you’re overqualified for?

“That’s the reality a lot of us are facing,” proudhamerican writes. “”˜Why would you want to go from working at “˜XXXX’ to working for little ol’ me?’ is one that I’ve fielded … but I had to do some gentle lying.”

It’s complicated because you might look like a liability in the eyes of a hiring manager; they don’t exactly want to hire an employee who’ll leave them in six months because you’re bored with the job or actively looking for another gig with a better salary. “As an employer,” u/johnnymotion wrote on a Reddit thread, “it’s better to have stability over the long haul than volatility with a brief spurt of talent.”

And it’s not uncommon for hiring managers to overlook especially qualified candidates, according to Brianna Rooney, CEO of the Millionaire Recruiter and Techees.com, a recruiting firm. “Really senior candidates get labelled and put in a “˜bucket’ by hiring managers,” she said on email. “… It’s definitely up to the candidate and/or recruiter to sell themselves properly.”

I once had a hiring manager tell me point-blank that I was overqualified for a role I applied for, which was a surprising hurdle to overcome. Fortunately, if you’ve gotten as far as the initial job interview, your answer shouldn’t be complicated ” and honesty is often your best option. 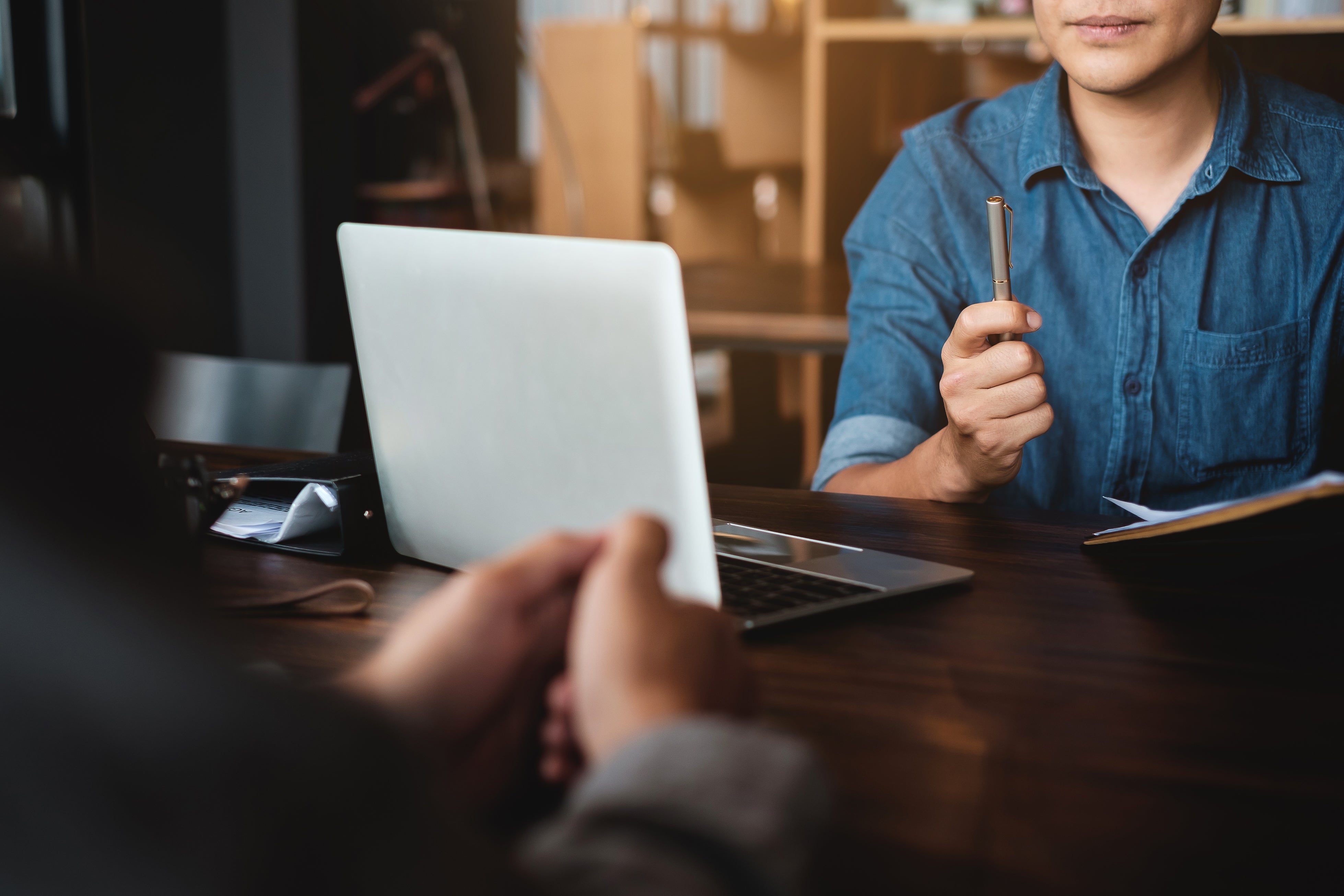 To start, if asked in a job interview why you want the job in question, don’t assume that you’re overqualified, despite all signs. Why? There may be dozens of other overqualified candidates they’ve interviewed and your résumé may not seem as impressive in context. And perhaps you’re not as overqualified as you think; after all, some job listings may only provide minimum requirements to apply.

Over on Harvard Business Review, Berrin Erdogan, a professor of management at Portland State University, reiterates the point that you shouldn’t state that you’ve overqualified unless the hiring manager addresses it. “If someone else says it about you, it’s flattering,” she tells HBR. “When you say it, it’s off-putting.”

Instead, as we’ve written before, just express that you want the job. You should describe why the exact responsibilities appeal to you to convince them that you’re well aware of the duties associated with the role. If an interviewer pushes further and asks why you’d take on the job as a candidate with substantial experience, you should then explain why you’re willing to take the role.

“The real way to do that is through the passion for the company,” Brianna Rooney said. “Remind the company they are the exception, not the rule.” Maybe it’s a company you admire, or you’re looking to change industries, or it’s a role that better aligns with your interests. During the job interview that I was “overqualified” for, I explained that I was interested in the direction the company was headed in and did eventually receive a job offer.

It’s also important to express your long-term commitment to the job. As Fast Company writes, you’re building a constructive case for your hire, which means convincing them that you’ll thrive in the job ” and not make a quick exit. You could, for instance, explain why you could see yourself in the role long-term or a particular responsibility associated with the job you’re generally passionate about. Just be specific and call back to things you may have already discussed during the interview.

If you want the job for other reasons

On the other hand, maybe you’re looking at an entry-role gig because you feel burned out from your last job or no longer want to manage others. That’s ok, tooâ  ” and honesty works, up to a certain point. Again, you should explain your reason for wanting to leave your current role (without bad-mouthing your employer) and focus on the prospective employer’s needs, as Fast Company writes. And if it’s burnout or another circumstance that’s trickier to explain, succinctness might be your best option.

On our last post, user lalieg explained how honesty worked to their advantage while attempting to exit a budget managerial role in favour of an entry-role gig. “I just said, “˜If I never have to see another budget spreadsheet again, it’ll be too soon,'” they said. “They laughed and I got the job.”

Another commenter, MJT, was even more honest while interviewing for their job. “It’s a brutal economy and I’m looking for a place where I can serve people and make some money to pay bills,” they explained to a hiring manager. “… If you’re concerned that I’ll do this while looking for another job, my question would be, what is the current average length of stay for this job? I’m guessing it’s a year, maybe two? In the meantime, I’m willing to work hard, do a good job, and hope that a position here opens up so I can move into it.”

And if questions of your willingness to take a smaller salary come up ” which they likely will ” over on Ask A Manager, Allison Green suggests a simple answer: “At this stage in my career, having a job I enjoy is more important to me than salary. I have no problem with earning less than I have in the past.” A pay cut might even help you up the career ladder, as we’ve written before.

If you’re having trouble even getting to the interview stage, Green recommends addressing all of these issues in a cover letter. You might even consider editing down your résumé, too, to reflect the particular needs of the employer.