How The Razzle-Dazzle Game Takes All Your Money 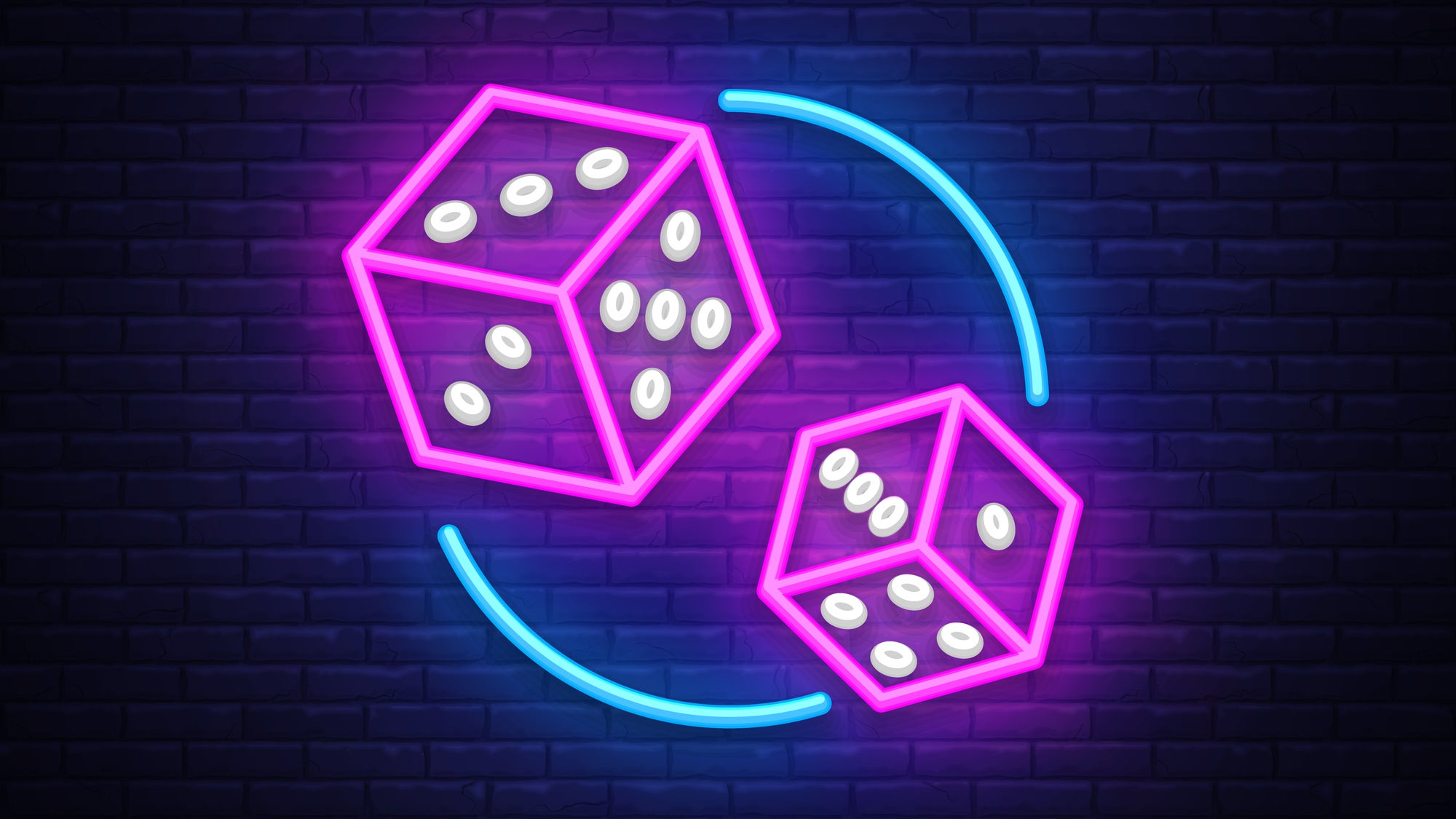 This game is illegal. Razzle, aka Razzle-Dazzle, is a scam posing as a carnival or street game, where you roll marbles in a box collecting points. Popping up in Havana, New York, New Orleans, and curbs and parking lots across the U.S., it’s like Three-Card Monte, but more complicated, and better disguised as a real game.

That’s part of the appeal, and that’s why a good scammer can keep suckers playing it, paying a couple of bucks a turn until they’ve lost thousands of dollars. Here’s a beautiful demonstration by mathematician James Grime of Numberphile, and magician Brian Brushwood of Scam Nation.

How it supposedly works

The scammer calls you over to his stand, and shows you his wooden tray full of little holes, each marked with a number from 1 to 6. You get to roll marbles into the holes, add up those numbers, then consult a chart to see how many points you get. And if you hit ten points, you’ll win a big prize: a Switch, or an iPhone, or a TV, or all your money back. Let’s look at that chart! 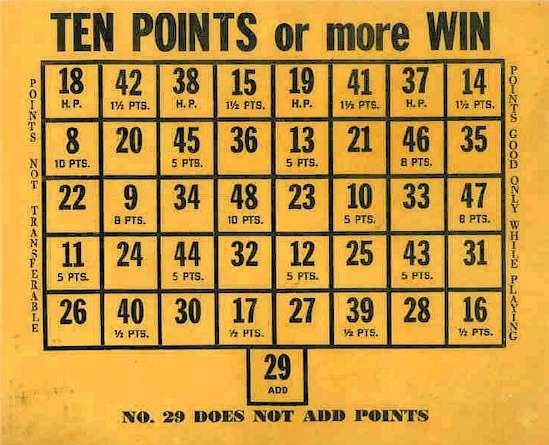 Say you roll the marbles, and the numbers add up to 45. Well then: you’ve won 5 points, and you’re halfway to winning! (The “H.P.” on this chart is less clear, but one magic trick seller believes the scammer promises to give your money back if you win on the next roll.)

It’s a bit dizzying, but so are most games when you start out. You don’t have to learn any strategy, just play the odds. So you pay a buck to play the first round. Just to see how quickly the points add up. And wow, yeah, you got some points right away! You’ll win that TV with like five bucks!

At one point you make a roll that doesn’t add points, but it does add a new potential prize to the pool. It also doubles the cost per turn. Sure, fine, as soon as you win you’ll make all your money back. So you keep playing.

Until you’re out of money. No prize. How did your luck turn so fast?

To feel the energy of the game, watch a demonstration that’s a little more razzle-dazzle than above, from the scam-busting TV show The Real Hustle.

How it actually works

How did you earn points so fast, then not at all? Because you never actually earned those points. The scammer lied and pretended you’d rolled the right scores. But your odds of actually rolling those scores are very low.

Razzle boards basically work like rolling a bunch of six-sided dice. (Some versions do use dice.) If you’ve played enough craps or Monopoly, you know that rolling really high or low totals is less likely than rolling middle totals. Your odds of rolling a 7 are 1/6, but your odds of rolling a 2 are 1/36.

Guess which kind of total gives you points.

That crazy yellow chart hides the odds, because it puts the totals out of order. Here’s how it would look laid out in order: 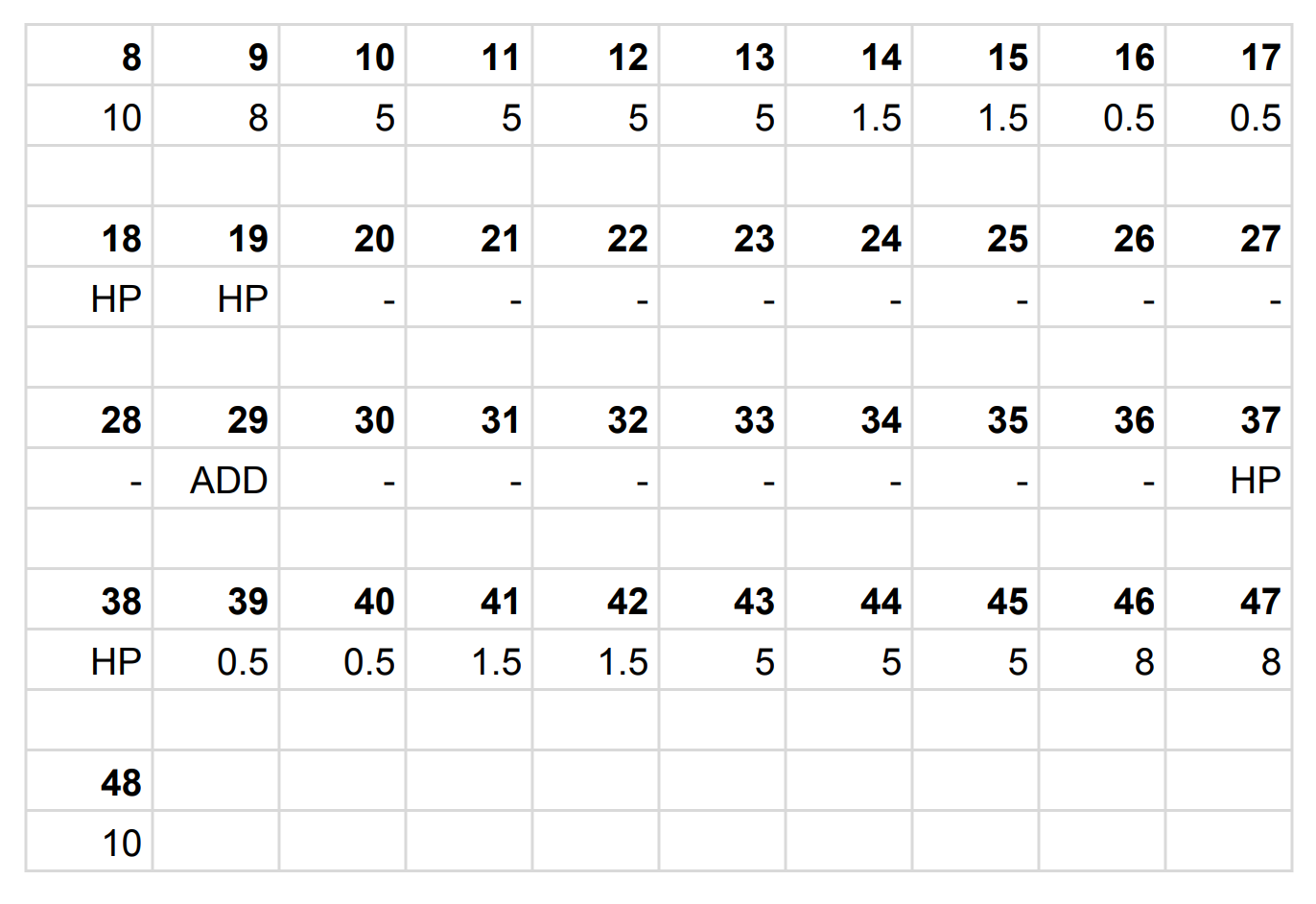 Now it’s easy to see that all the points come from the numbers at the end. And as this graph illustrates, the numbers at the end are very rare. The most likely point-getting rolls, 17 and 39, are a 1 in 160 chance each. The least likely, 8 and 48, are a 1 in 1.6 million chance. The odds of winning any points on a roll are 1 in 36, and of course most of those rolls get you just half a point.

You’d have to roll hundreds or thousands of times to rack up enough points. The scammer doesn’t have to weight the marbles, or even sneakily arrange the numbers on the holes. As long as things on the board are pretty random, you’ll never hit your total before you run out of money.

Play for a very long time, and you would eventually win. But there’s also a 1 in 12 chance of hitting that special 29, which doubles your prize, but also doubles the cost to play. So about every 12 rolls, you start losing money twice as fast. By the time you caught up, you’d spend way more than the cost of a TV.

No no no wait wait but I scored those points early on!

The scammer told you that you scored points. He’s been running this game for a while, and he’s learned how to add up numbers really fast. He’s also learned how to add them up wrong, quicker than you notice. And if you do notice, you notice that he “accidentally” gave you points you didn’t earn. So you don’t call it out. You hope he makes the same mistake again. And you make sure he never makes a mistake in his favour.

But the scammer doesn’t have to make a mistake in his favour. He can honestly tell you when you win points, because you barely ever win points. You can’t catch him in the scam, because the only lie he ever has to tell is that you had any chance of winning.

If you avoid rolling 29 for a long time, and you seem to be easily fooled by his fake totals, the scammer could fake a 29 to start you doubling your money faster. But he could also just wait, and let the odds take control.

All he has to do is keep you interested by handing you fake points now and then.

How cool it is

Razzle games have been around for generations, run by carnies, streetside scammers, casinos, nightclubs, and the mafia. Cops went on the take for it.

Mob families fought for territory rights. Magic shops show off Razzle sets, though they’re cagey about whether they actually sell this tool designed specifically for fraud. The game has a lot of…razzle dazzle.

Like most gambling, it’s less glamorous in person. Here’s a news report of some poor schmuck who wouldn’t let reporters show his face, so they just pointed a camera at his crappy sneakers:

Not so much razzle there. Just stealing a guy’s sneaker money in a parking lot.

A 1981 U.S. Department of Justice report on Razzle-Dazzle says the game can fool “affluent, intelligent marks.” It offers several options for shutting operators down:

While the basic criminal charge against a Razzle Dazzle operator would be gambling, it may be possible to press others including fraud, false pretense, larceny, or theft by deception. Law enforcement officers making related arrests should look for records indicating substantial losses by players as well as other items used by the operator which could be analysed by the Gambling Subunit of the FBI’s crime laboratory.﻿

So if you were eyeing the Razzle-Dazzle model in that magic store, maybe keep your money.