How Much Is Your Kid’s Allowance? 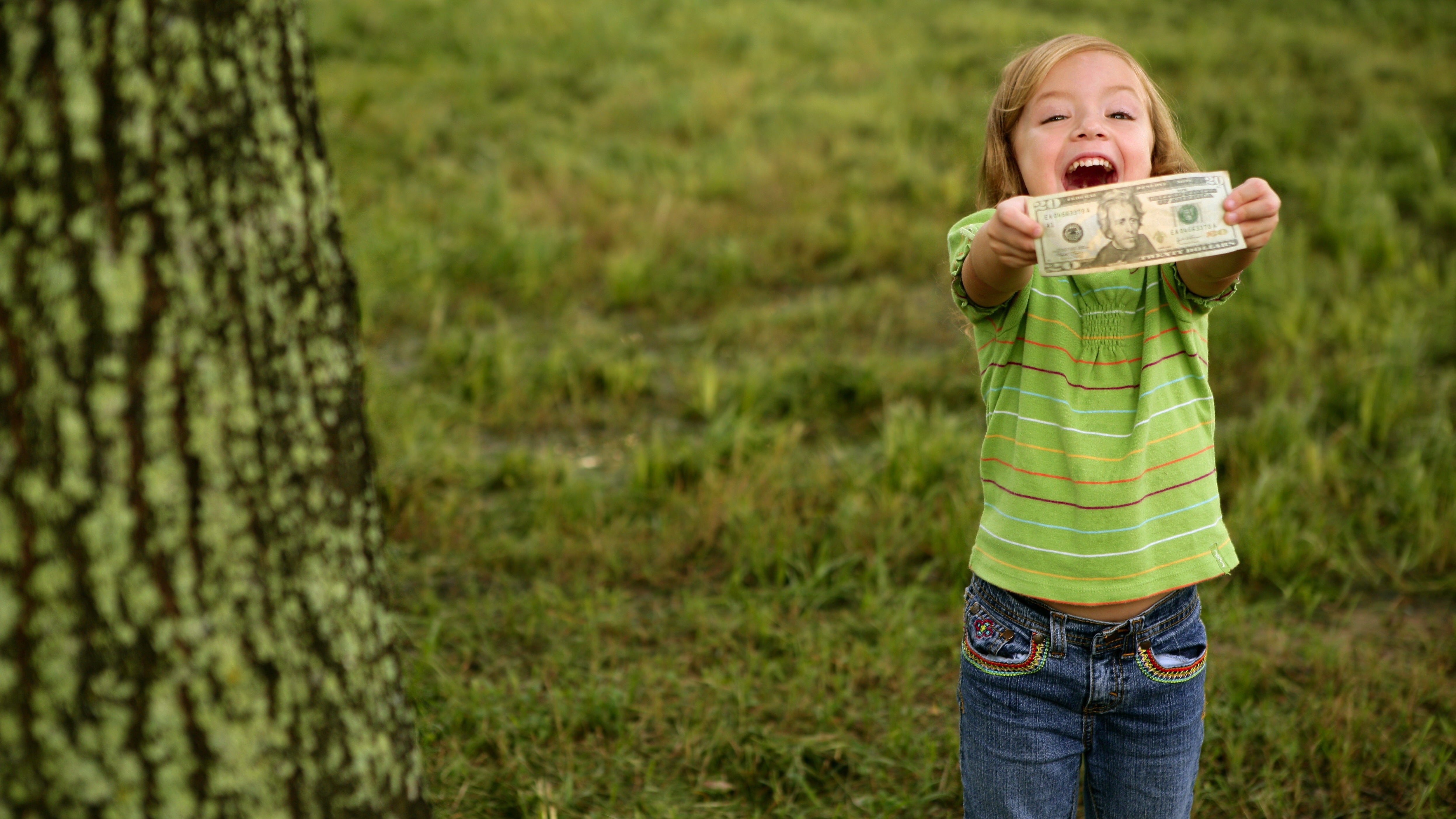 If you’re like me, you can remember getting a couple of bucks each week as an allowance when you were a kid. You’d use it for an ice cream from the corner store or you’d save it up until you had enough to buy a new book from the mall. Fast-forward to today, and it seems our kids are getting a whole lot more than ice cream and book money, to the tune of a whopping $40 per week on average.

A new survey published by the American Institute of Certified Public Accountants found that two-thirds of parents in the U.S. give their kids an allowance with an average weekly amount of $40. Four out of five parents who give an allowance said part of the deal is that the kids must complete chores — at least an hour of chores per week, with an average of about 5 hours of chore-time.

Does $40 seem incredibly high to anyone else? The New York Times reported that the average age of a child receiving an allowance in the survey was 14 years old — and some “children” were as old as 25 — so maybe age has skewed that rate up.

In contrast, an allowance and chore-tracking app, Rooster Money, conducted a poll of 10,000 users in 2017 and concluded that kids ages 4-14 earned an average of around $13 per week. (Knowing that younger kids usually earn less than older kids, they also tracked the numbers by age; 14-year-olds earned more like $18.)

I’ll tell you if you tell me

My son gets $5 per week. He does have a handful of chores he’s responsible for, but we do not specifically pay him for those chores — he has to do them regardless. (I have been known, though, to reduce his allowance $1 at a time if he excessively complains about doing them. Feeding the dog, in particular, is not his favourite use of time.)

Once in a while, if he’s saving up for something special, he’ll ask to do extra chores to earn money, and I’m ok with that. He’s really good at folding towels, and two loads for a buck is a good deal, as far as we’re both concerned.

We don’t have any hard and fast rules about how he spends his money (or any extra money he gets for birthdays or holidays), but we’ve always encouraged him to spend some, save some and give some. Larger amounts that he is gifted typically go right into his savings account, which he considers to be his car fund. He divides up smaller amounts for himself (usually Lego sets or Pokémon cards) and others (gifts for family members, toys drives around the holidays, etc).

Maybe at $5, I’m erring on the low side, though. John Lanza, author of the book The Art of Allowance, told the New York Times that a good rule of thumb is the child’s age in dollars, per week. Under that guideline, my son would get $9 dollars instead of $5.

Your turn: If you give your kids an allowance, how much do they get? Is the allowance tied specifically to their household chores? Do you have guidelines for how the money can be spent? And how do you decide when it’s time to give them a “raise”?