Why I’m Not OK With RUOK Day

I wasn’t long into my tenure at Kotaku Australia; a few months, perhaps. It was the job I’d been working towards since primary school. And yet after the pieces had finally begun to fall into place, I found myself standing on a median strip, in the middle of a six-lane highway, one of the busiest in New South Wales.

I found myself standing there, wondering what would happen if I took a step forward into the path of the semi trailer passing by.

Obviously, RUOK Day is meant for people like me. Thing is, it’s become the one day of the year I hate more than most.

If you didn’t know already, suicide has rapidly become one of Australia’s biggest killers. More than 2800 Australians were officially listed as having died from “intentional self-harm”, the polite way of killing yourself.

And that’s the amount of people who succeed. The Black Dog Institute estimates that around 21,000 in New South Wales alone try to kill themselves.

Just imagine how big the figure is for the whole country. 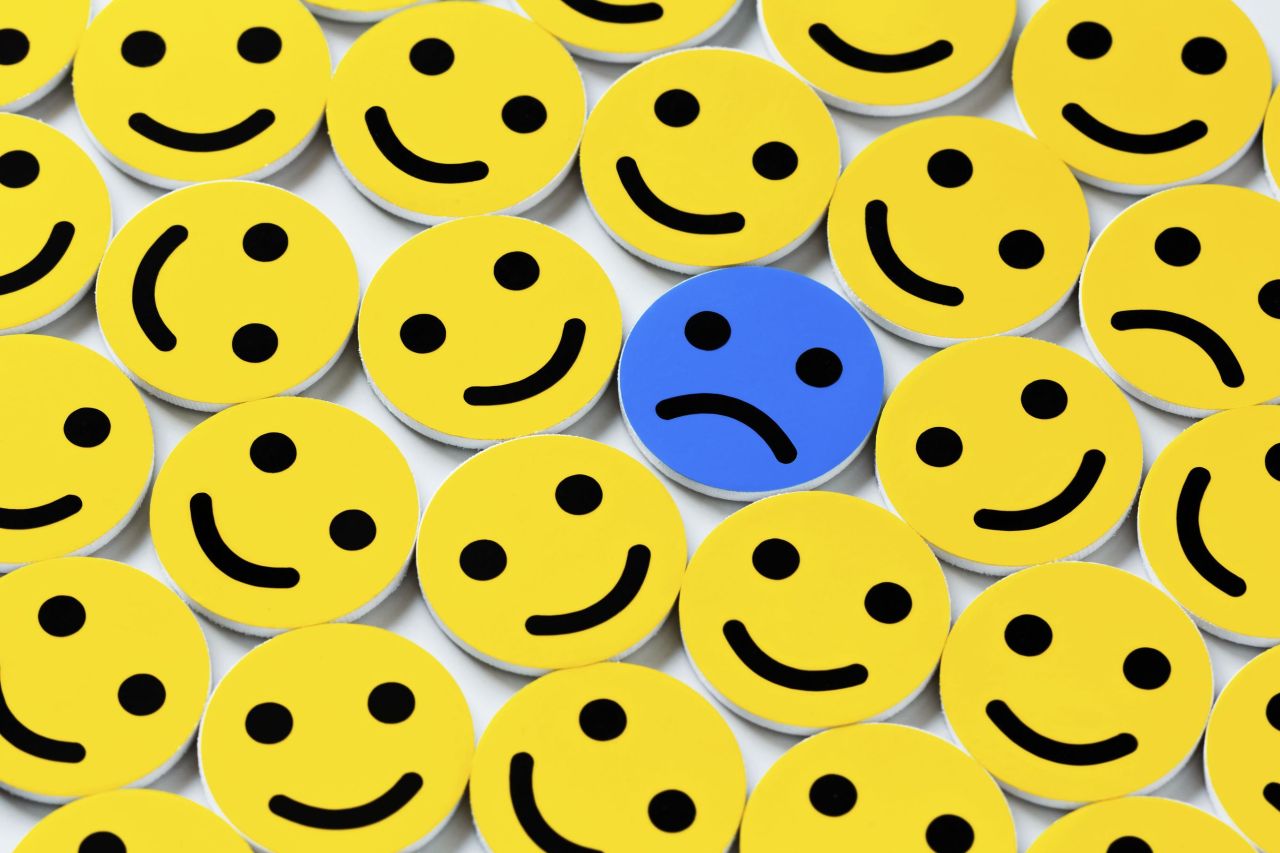 The principle behind RUOK Day is perfectly sound. In 1995, a son found himself growing up without a father. The son: Gavin Larkin, who became the founder of RUOK Day after being diagnosed with lymphoma.

Larkin’s father, Barry, recorded some of his thoughts on audio tapes that Australian Story aired a few years ago. Anyone who’s thought about suicide will be pretty familiar with willingness and ease at which your own mind sabotages itself.

“It’s so easy to just slip into sadness and despair, and a chain of depressing or angry thoughts,” Barry can be heard saying.

One of Barry’s surviving sons later said “he ended up being isolated, and taking his life”. And that’s the point. If people aren’t isolated, they’re less likely to kill themselves.

And that’s the main problem with RUOK Day.

A few years ago, in a previous office, someone wandered up to me in the kitchen and without thought, rhyme or reason, asked me if I was OK.

Rather than simply saying, “Sure, I’m fine”, as office etiquette so often demands, I answered the question honestly.

I really didn’t know if I was OK. Life wasn’t terminal at that very second. But not that long ago, I wandered out to the balcony to hang up the washing and peered over the edge. What would it feel like if I hit the ground, I thought. I was completely fine only seconds before then — completely happy, in fact.

But that didn’t stop my mind from being sabotaged. Because that’s what it feels like: whenever things feel good, your brain tries to weigh the scales. Maybe that colleague really doesn’t like you. Maybe someone is being deliberately incompetent to ruin your life. Maybe you should step into traffic.

There’s no rhyme or reason to it all. So maybe I wasn’t OK. I really didn’t know. And I said as much.

Which is precisely the opposite thing you’re supposed to do. You’re not supposed to answer the question, because that’s not socially acceptable. When RUOK Day rolls around and someone asks you if you’re OK, it’s not to start up a conversation about your mental health.

How do you even start a conversation about your own mental health in the middle of an office? And when someone starts, what the hell do you say? What can you say? 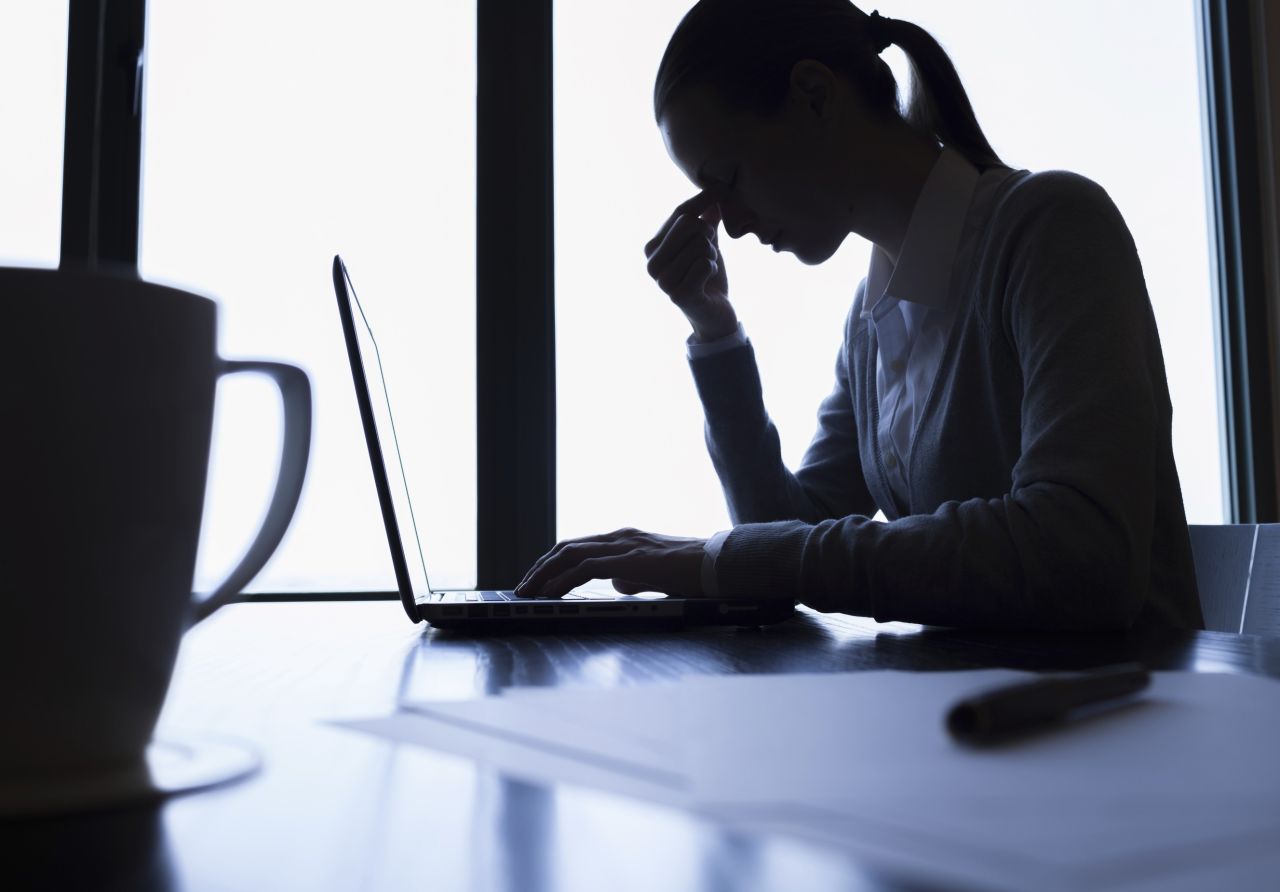 What RUOK Day has become is an opportunity for people to ask a question. Being reminded of your connections, your friendships, what you have in this world, reduces the impulsion to leave it.

But the trick is to make an environment where people feel comfortable talking. The focus should be on getting the story told, not convincing someone to ask a question they’re not prepared to hear the answer for.

This isn’t to say that the day, and the foundation behind it, hasn’t been of immense use. A friend on Facebook recently told a story about how they helped a close mate stop himself from “doing something stupid” after they asked if he was OK.

You can’t put a price on time.

But the problem lies in what comes after the question. What happens after you get the response. That’s why the question itself is so painful, almost offensive: because when you answer honestly, the questioner often has no answers.

And they’re not supposed to. That’s what psychologists, doctors, specialist services are for. But these days, even their capacity to help is diminished.

Jennie Hill recently pointed out how the increased awareness around suicide can actually be detrimental. If support services don’t have the necessary resources to deal with the bottleneck of cases, it ends up feeding into the isolation and loneliness that so often becomes a precursor to suicide.

“Imagine if we had a day each year when we all went around asking cancer patients if they were “okay”, yet didn’t fund practical medical help for them or give them any hope,” Hill wrote. “The idea is laughable, yet the analogy is real.”

And as someone who feels like they’ve struggled, perhaps not as much as others — and that’s another problem in and of itself — that’s the irony of it all.

“Those of us who aren’t sick can pat ourselves on the back that we’ve done something good today, and go on with our lives.”

I don’t say this to be glib, or to shame or ostracise those who genuinely want to help. You can’t fix something you don’t understand.

But if you’re going to ask someone, particularly without context, whether they’re feeling alright, take it from me. Think about what the reply might be before asking the question.

And there’s always the chance that someone — a colleague, a close friend, or a loved one — will end up telling you anyway, whether you’re prepared or not.

There’s a word for people in certain jobs and positions most likely to notice when people are at risk of suicide. They’re called gatekeepers. They’re typically people who are on the frontlines, such as nurses, paramedics, outreach workers, but they’re also mothers, fathers, partners, teachers, sporting coaches.

According to the Breaking The Silence suicide prevention report, training and informing people in these sorts of roles is one of the best strategies for lowering suicide rates.

But it’s not enough on its own. It’s best applied when included as part of a community-wide initiative, something that increases availability of healthcare, while also reducing the stigma within that community and increasing the capacity for early intervention.

Of course, most of these options are dependent on knowing that someone is struggling in the first place. If they don’t talk, if they continue to struggle in silence, then all the services in the world won’t help.

And more often than not, healthcare services aren’t helping either. The Black Dog Institute found 40 percent of people who attempted suicide and were admitted to hospital received no medical support afterwards.

Internationally, up to 83 percent of individuals who suicide have had contact with a primary care physician within a year of their death and between 50 and 66 percent within a month (Owens et al, 2009; Mann et al., 2005; Luoma, Martin, & Pearson, 2002; Andersen, Andersen, Rosholm, & Gram, 2000).
As Goldney (2008) points out … a common theme among a number of studies maintains that mood disorders have often not been diagnosed in many of the individuals who have died by suicide. In instances where they had been, those people had often not received “adequate treatment for their depressive conditions” (Goldney, 2008, p.28).

Preventing suicide, clearly, takes a collective effort. It’s a community wide approach; it involves your mother, your father, your friends, your colleagues, your workplace, your doctor, your hospital, your hobbies.

What RUOK represents and what it symbolises is nothing short of pure goodwill. But the question needs to change. It’s not about whether I’m OK, or whether your friends are OK.

So often, they aren’t. So often, services can’t. That’s why I’m no longer OK with RUOK Day, because it represents a problem that Australia wants to say it’s solving, without fully putting in the measures necessary to fix it.

So stop asking if I’m OK. Just encourage me, and others who are struggling, to tell our story.

That’s when we’ll be OK, when we feel comfortable enough to speak, to reach out in our own way.