Which Period Tracker Is Best For You?

There are so many different period tracking apps because there are so many different reasons to use one: maybe you want to watch out for fertile days so you can get pregnant, or maybe you want to track your moods and symptoms every day so you can figure out if you get headaches or feel cranky in sync with your cycle. So we’re not going to declare a winner today, but instead tell you about the pros and cons of what are, in our opinion, three of the best period trackers. 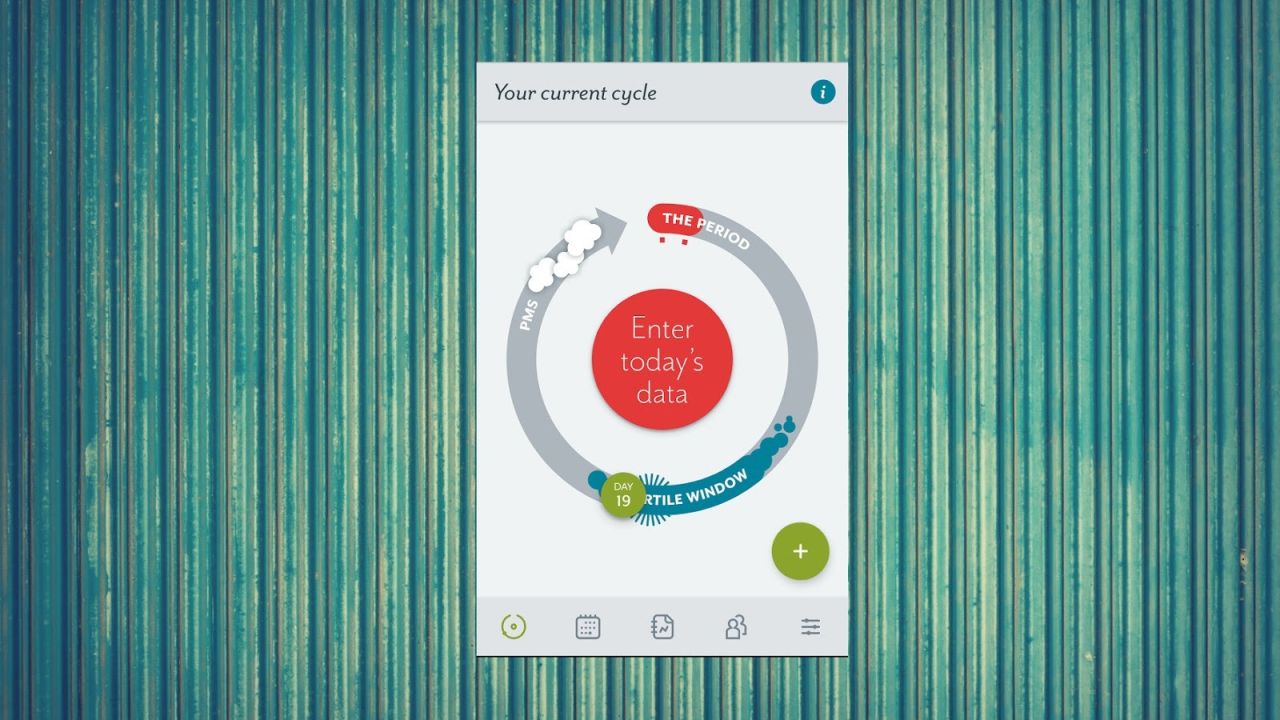 Clue is free on iOS and Android.

Clue is free on iOS (Apple Watch) and Android.

Pro: Definitely not pink. Wherever women get together to discuss period trackers — which happens more often than you might think — Clue is usually the one with the loudest cheering section. Its most popular feature: it’s not pink.

The Clue team includes transgender men, so they were well aware that not everybody who needs to track their period cares to get in touch with their stereotypically feminine side. The icon for sex is a picture of a muscular dude, though, so there are still some heteronormative assumptions built in.

Pro: Quick visual of where you are in your cycle. Tap the centre button to enter the day’s data (are you bleeding? do you have any symptoms or sex you’d like to log?) or just glance at the circular image that shows where you stand relative to your last period, your next period, and your “fertile window,” the time of the month where sex is most likely to result in pregnancy. If you prefer a traditional calendar view, that’s just a tap away.

Con: Few options to describe what else is going on. You can log things in several categories, from whether you’re in pain to whether you’re exercising or having sex. So that’s handy. But the Clue users I spoke to said they wished there were more options in each section.

For example, under “pain,” you can choose cramps, headache, ovulation, or tender breasts. But the app doesn’t give you a way to distinguish mild cramps from the kind that leave you curled up on the couch all day.

Little known feature: Since Clue predicts your next period and your fertile window from your past data, an unusually long cycle (for example a pregnancy, or just forgetting to log for a few months) can throw off the predictions. Go to the analysis screen, tap the extra-long cycle, and tap “Exclude this cycle data from Clue’s calculations.” SpotOn is free on iOS and Android.

SpotOn is free on iOS and Android.

Pro: Extremely helpful. This app is so gosh darn friendly and educational, it feels like a big body-positive hug. There’s a section of handy FAQs, answering questions about periods, birth control, and more. And you can find a Planned Parenthood health centre right from the app, in case you have a concern that needs professional expertise.

Pro: Tracks your birth control. If you take birth control pills, SpotOn will ask every day if you’ve taken your pill. The smartest feature of this app is what happens when you screw up. It tells you what to do if you’ve forgotten a pill, and if you missed enough pills that you may be ovulating again, it will warn you that today is potentially a fertile day. (The app will also prompt you to set up daily reminders so you don’t forget again.)

Pro: Only shows fertility predictions if they make sense for you. If you use an IUD, you won’t see fertile days. And no matter what method you’re using, you’ll only see fertility information if you opt in for it.

Con: Doesn’t track condom use. Condoms aren’t an option in the birth control section (which is part of your profile) or in the “action” section where you can mark that you had sex today. SpotOn also has even fewer options for daily symptoms and activities than Clue, and no way to add extras. P Tracker is free on iOS and Android; $US1.99 ($3) for the Deluxe version with extra themes and fertility features.

P Tracker is free on iOS and Android and $15.49 for an annual subscription that gives you extra themes and fertility features.

Pro: Tracks a ton of stuff. There’s a huge list of symptoms to choose from (acne, bloating, salty cravings, and more) and you can add your own. Each one gives you three options, roughly translating to mild, moderate, and severe. You can also enter free-form notes, and track medications and moods. If you want to geek out about your fertility — tracking your daily body temperature, for example — P Tracker has those features built in, too. (You’ll need the Deluxe version for most of those.)

Pro: Understands pregnancy. If you get pregnant, the Deluxe version has an option to switch from tracking periods to tracking how many weeks pregnant you are.

Con: Goofy visuals. Hope you like hot pink and aqua! The app’s design isn’t bad, exactly, but it doesn’t have a sleek look or simple interface like Clue and SpotOn. The home screen icon is a cartoonish pink flower, although it aims to keep things discreet by calling itself “P Tracker”.

There’s no way we could do every period tracker justice in one post, so feel free to chime in: which app do you love, and why?