What Happens After A President Is Removed From Office?

Right now, everyone and anyone interested in the state of American politics is diving head-first into a series of hypothetical scenarios. If impeachment proceedings continue as planned by House Democrats, then it would open up an investigation by the House Judiciary Committee, followed by a vote by that committee on articles of impeachment, another vote by the House, and finally, a trial and vote by the Senate. To date, there have only been two US presidents who have faced impeachment, though neither trial led to that president’s removal from office.

But what happens after impeachment and a president is removed from office? Let’s play a quick game of “what if,” shall we?

Who takes over for the president?

You’re right to assume that the vice president (Mike Pence, in our hypothetical example) takes over in a president’s absence. This is in accordance with the presidential succession line, which also applies if a president were to die while serving or resign from office. During impeachment proceedings, the Senate would also decide as to whether the president could serve in another “office of public trust under the United States” or another capacity within government.

If the vice president were to step down or choose not to accept the job for whatever reason, then House Speaker Pelosi would step in, followed by Secretary of State Mike Pompeo, then Treasury Secretary Steven Mnuchin, and a long line of other cabinet members until the very last person that remains in line: the Homeland Security Secretary — which would mean current acting Secretary Kevin McAleenan.

According to the 25th amendment, the acting president would then select a vice president of their choosing and upon confirmation by Congress, though there isn’t a timeline as to how soon this must happen. 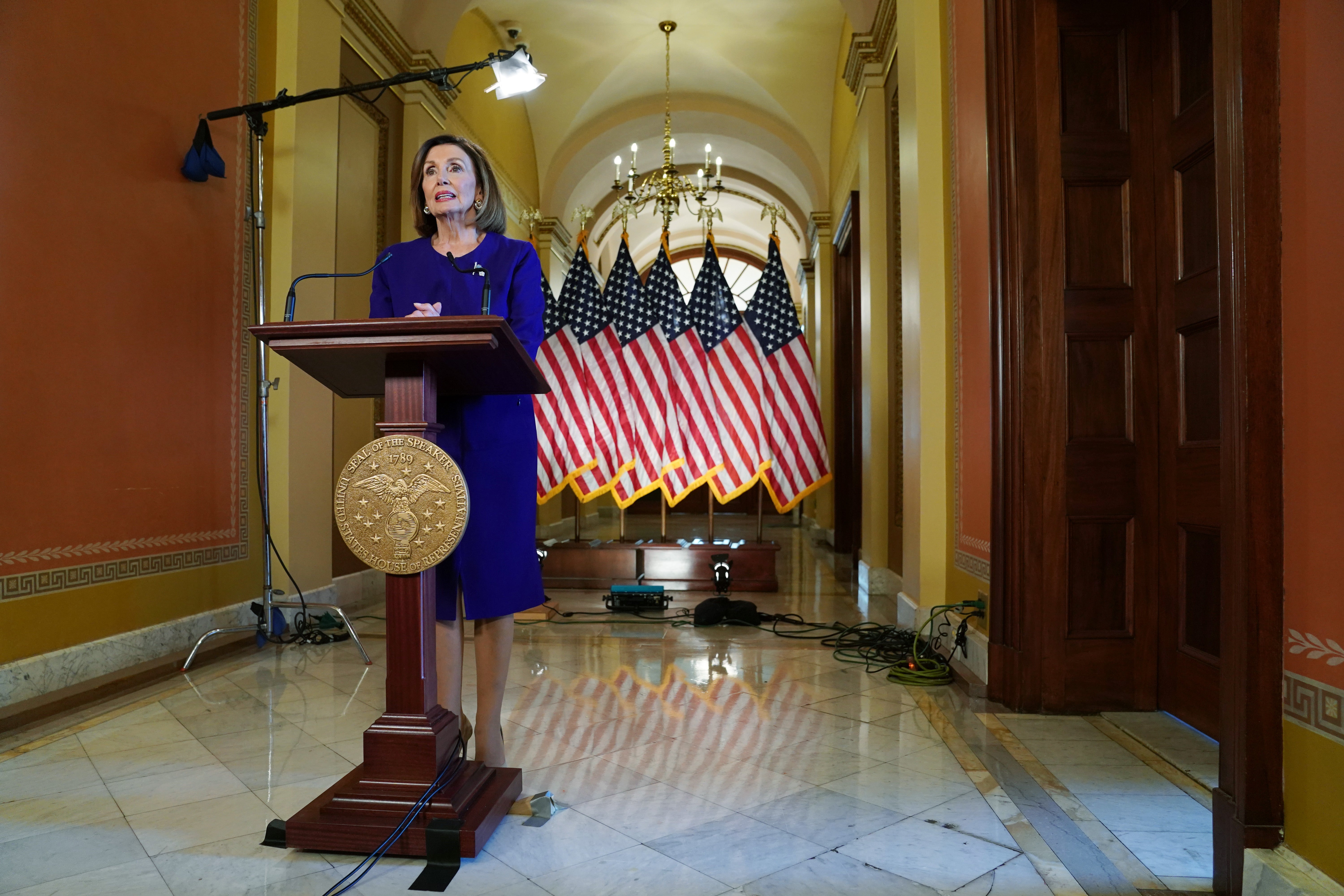 How long would the vice president serve?

A vice president would likely finish out that president’s term with the option of running for presidential re-election. According to the 22nd amendment, however, if a vice president assumes the presidency with fewer than two years left of that term to complete, they are eligible to run for two additional presidential terms. If a VP assumes the presidency with more than two years left of the original president’s term, then they are only eligible for one additional term.

Has a vice president stepped in before?

Again, an impeachment that resulted in the removal of a president from office has not happened, but a vice president has stepped in to assume the presidency on multiple occasions (many of them at the result of the death of the president at that time). When Nixon resigned in 1974, he was immediately replaced by then Vice President Gerald Ford.

More recently, Vice President Dick Cheney served as acting president twice while Bush had medical procedures (and only for a few hours). As for impeachment cases, only presidents Andrew Jackson and Bill Clinton faced impeachment and both were acquitted.

Can a vice president be impeached?

According to the US Constitution, a vice president can be impeached by the same standards that incriminate a president — high crimes and misdemeanours — and theoretically, an acting president could be impeached if they were found guilty of these crimes, too. But that’s not all; the Constitution also dictates that “all civil officers” are also eligible for impeachment.

The definition of “civil officer,” however, is not so clearly defined, though it’s been invoked several times to impeach federal judges. The next few weeks could be very interesting.