Use This Hack To Create ‘Dark Mode’ Timers In Android 10

I enable dark themes on any OS, app, or website that lets me, and upgrading to Android 10 means I can now set dark themes as the default look for all supported apps and menus at the system level.

While I’m perfectly content to just turn on dark mode and never look back, you might prefer to swap between dark and light modes depending on the time of day or your environment. Unfortunately, not even Android 10 includes an easy way to do this, and you’re forced to manually change themes from the system settings or in each app unless you seek outside help.

Ideally, Android would have a built-in scheduler that swaps between light and dark modes automatically at set times, but there happens to be a third-party app called Automatic Dark Theme that does this very thing. Setting up this app is a bit more complicated than usual, but it’s absolutely worth trying. 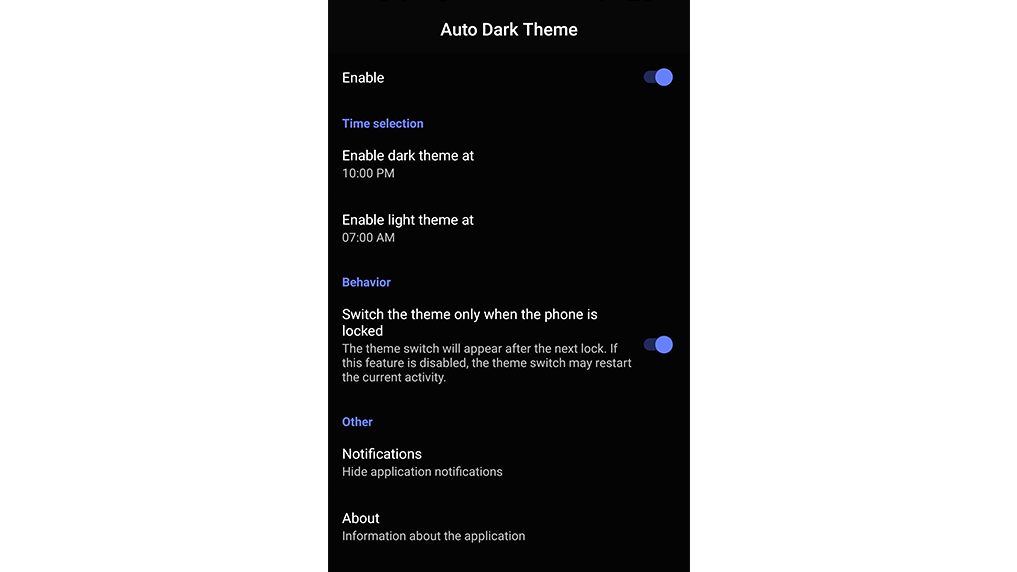 With the app installed, here’s how to set a timer in Automatic Dark Theme:

You can also change whether the app applies the change at the exact specified moment, or only while the screen is locked. Switching while the phone screen is locked is the preferred option. Otherwise, any open apps or menus will have to be re-loaded when the theme is changed, which can cause visual bugs or performance issues.