Use Minecraft To Teach Your Kids Pretty Much Anything

There’s a reason the New York Times calls them “The Minecraft Generation.” Today’s kids and teens have been raised on the game, cutting their teeth on survival mode and moving on to creating complex, multiplayer worlds within Minecraft. But Minecraft’s vast community (112 million people log on per month!) are doing more than playing a game. They are occupied in a deeply engaging educational experience that encourages problem solving, creativity, planning and execution — and can even teach older kids coding and electrical engineering.

Here’s how to use your child’s Minecraft obsession for educational gain.

Get their school involved 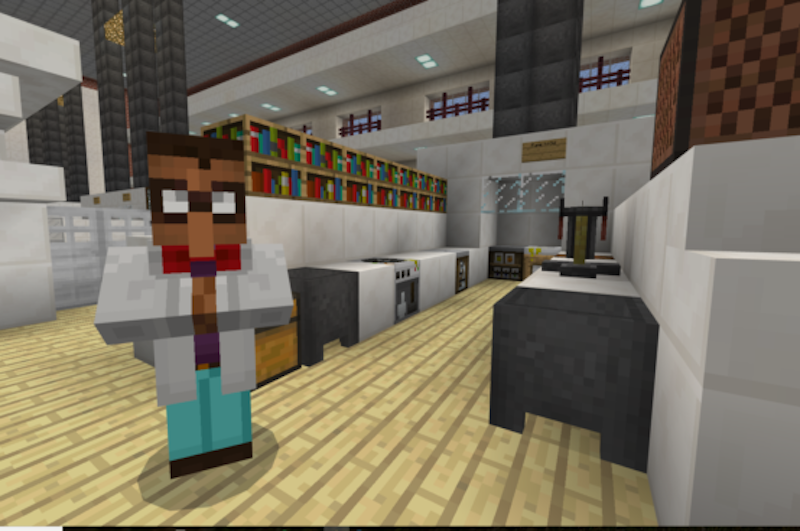 Released in 2016, Minecraft: Education Edition is a version of Minecraft designed specifically for use in the classroom. Educators from around the world are using the game to teach grades K-12 everything from maths to history, literature, chemistry and more.

The quality varies from project to project, but some are truly impressive. Like this faithful recreation of Treasure Island for kids who love books and/or pirates, or this NASA-approved trip to a virtual version of the International Space Station.

Although you can check it out for free, there sadly isn’t a version of Education Edition for parents. The full release is only available through qualified education institutions, so you’ll have to convince your kid’s school to pick up a licence for their students if you want to go beyond the trial version. 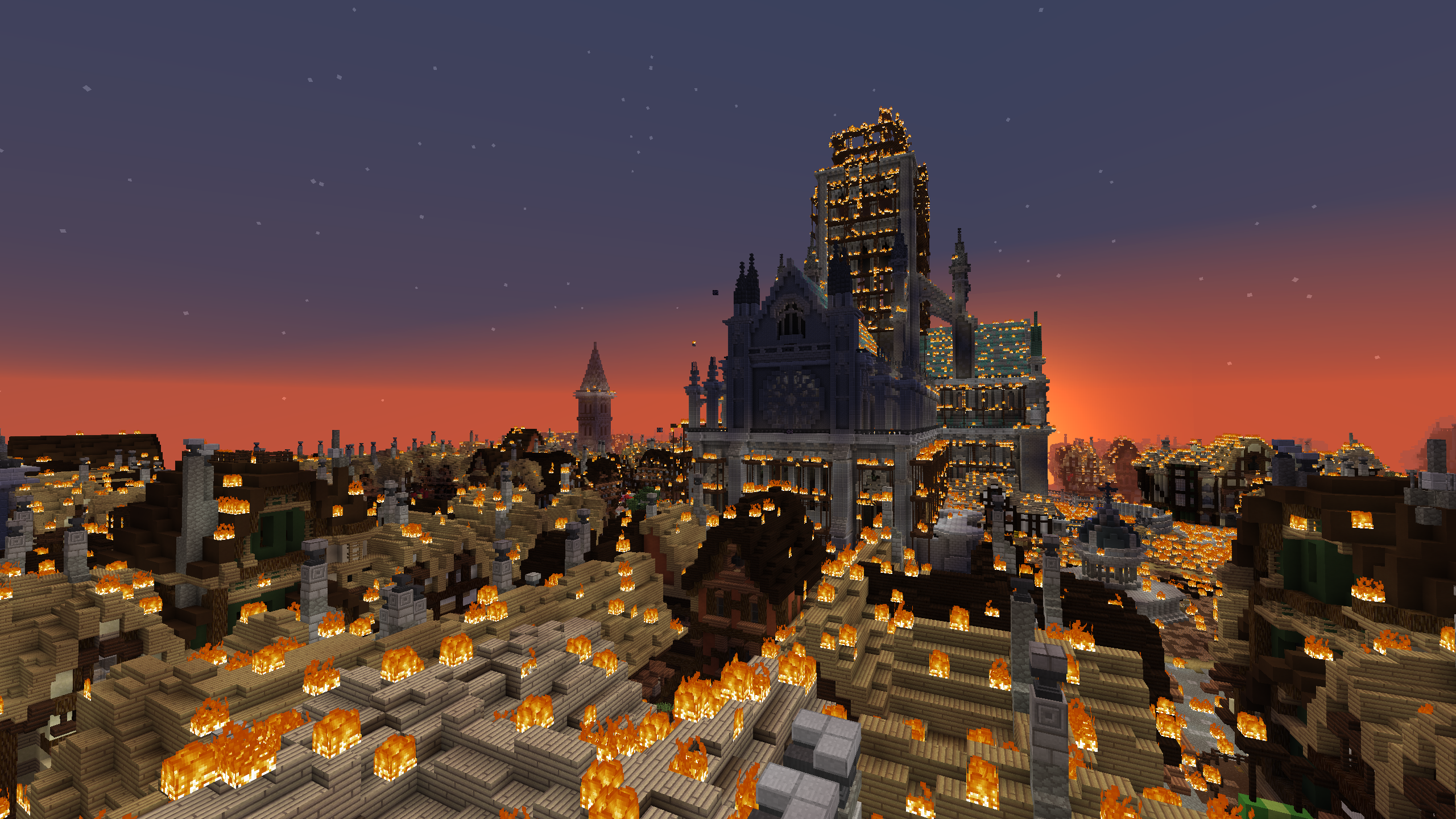 If your kid’s school isn’t forward-thinking (or well-funded) enough to devote time and money to teaching through Minecraft, there’s plenty of home-brewed educational content available.

PC or Mac users can download a ton of maps designed for education. These are user-created maps so they won’t necessarily be as accurate as the “establishment-approved” maps and projects of the Education Edition, but there’s still a lot of cool, learn-y content for young scholars.

Check out these adventure maps from the Museum of London that put you in London in 1666 to experience the great fire that destroyed the city. Destruction and education in one place!

Just play the game with your kid 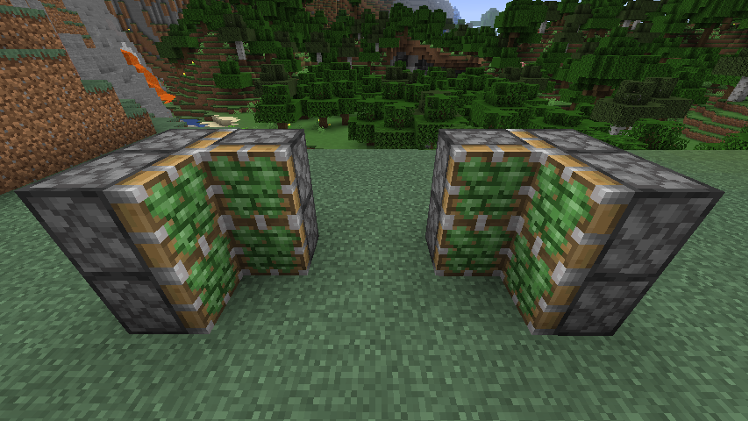 If convincing your school to try out Minecraft or downloading and installing special maps seems a little much for your level of interest, available free time, or technical prowess, don’t worry about it. Just playing vanilla Minecraft with your kid is an educational and enriching experience, plus it’s crazy fun.

If you’re unfamiliar with the game, in survival mode, you begin as a hapless, homeless noob wandering around a trackless wilderness in constant fear of death from falling off cliffs or being attacked by skeletons. Eventually, you progress to a diamond-armour-wearing tough guy with a larder full of golden apples, a luxurious mansion, and triple-enchanted sword. You do this by carefully managing resources and time, understanding and using your environment, and by putting in tons of hard work. It’s like earning success in real life, but with way more zombies.

Progressing through Minecraft will provide you any number of opportunities to gently steer your kid toward good decision-making and preparation skills, as well as teaching patience and perseverance.

When my son was seven, he and I had played Minecraft together for about a year, and we decided to take on the game’s ultimate challenge: Defeating the Enderdragon. The process of researching the beast’s weaknesses online, exploring and exploiting the Minecraft world for the gear we’d need, and creating and executing a plan for his downfall took an entire summer of after-dinner game-playing. It was fun for both of us, and I tried (very gently) to apply lessons from the game to life. I don’t know if it worked, but it sure didn’t hurt, and we had a ton of fun.

When you’ve moved on from survival mode, and you want to really test out the power of Minecraft, you can move on to Creative Mode and make specific maps for your kid’s school lessons. When my child was learning basic reading skills, I designed a series of Minecraft dungeons to quiz him on the words he needed to learn.

I made a series of mine cart tracks that blew past signs with his “sight words” written on them. Eventually, I sped up the tracks so that he had to read the words faster, building in-game rewards for successfully reading them, and drops into lava pits for mistakes.

Before long, he became much more interested in helping me construct dungeons than he was in using them. By the time we’d finished building a section of the sprawling “Sight Word Dungeon,” he’d know all the words backward and forward anyway.

The great thing about Minecraft is it expands with your kid’s mind and maturity. Simple builds for little kids become more complex, as more complicated concepts like architectural design and automation of processes takes over.

To encourage my son, I often gave him suggestions for projects designed to expand his understanding of the game. “I bet you couldn’t make a machine that automatically harvests grain,” I’d say, and he’d figure out how to arrange Minecraft’s redstone wires, circuits and switches into an automatic-harvesting machine.

More than just a problem-solving exercise, the higher levels of Minecraft mastery provide a basic education in how machinery, electronics and circuitry work. If your kid is a budding engineer, the possibilities are limitless. Like check out this 32-bit calculator or this incredibly meta build: A Minecraft computer that lets you play Minecraft in Minecraft!

The educational potential of Pee and Poo Man

Now that my kid is 12, he mainly uses Minecraft as a way to virtually hang out with his friends from school. They think they’re just blowing off steam after school, but judging from their elaborate and complicated group constructions, they’re learning to collaborate on complicated projects, how to delegate responsibility and how to get along with each other.

They’ve built sky-scraping towers, recreations of their school and factories that produce cobblestone blocks; but my favourite builds by far are Pee and Poo Man and the Brown Cannon.

Pee and Poo Man is a towering statue that stands proudly above their land, peeing and pooing everywhere. His companion, The Brown Blaster, continually shoots brown dye out at tremendous velocity. It’s not just the hilarious 12-year-old potty humour I like, it’s the design.

Pee and Poo Man looks amazing, and the brown cannon is powered through a complicated system of redstone wires, circuits and switches that could have been only built by smart people who really understand the deeper levels of Minecraft, and are fully committed to making a gun that shoots doody.

The Minecraft Generation is going to make the world a better place, people.