Remember NBN’s address checker tool? Despite a series of upgrades, the site never did a great job of providing an accurate answer on when you were getting connected. Thankfully, NBN Co has rolled out yet another tweak to the search engine that actually makes it useful.

The “Check Your Address” tool on the NBN’s website is supposed to give you an estimated connectivity date when you type in your address. However, as countless confused Australians can attest, the search function wasn’t very clear with its information. The common response “ready for service” didn’t actually mean you could connect yet.

NBN has since added extra clarification via the acronym “RTC”, which stands for “ready to connect”. This is in addition to “RFS” (AKA “ready for service”.) The new acronym will help to give you a much better indication of when you can actually sign up. So why the initial confusion?

“While internet providers often start advertising and encouraging residents to connect in advance of an area being declared ‘ready for service’, there is also some confusion when individual addresses within those declared areas still require further work before they can connect,” NBN explained in a statement.

“By introducing the new RTC status, we want to make it easier for people to know whether they can connect to the NBN network, or if further work is required. This will remove some of the confusion experienced to date when NBN declares an area ready for service but some people are unable to connect until further work is complete.” 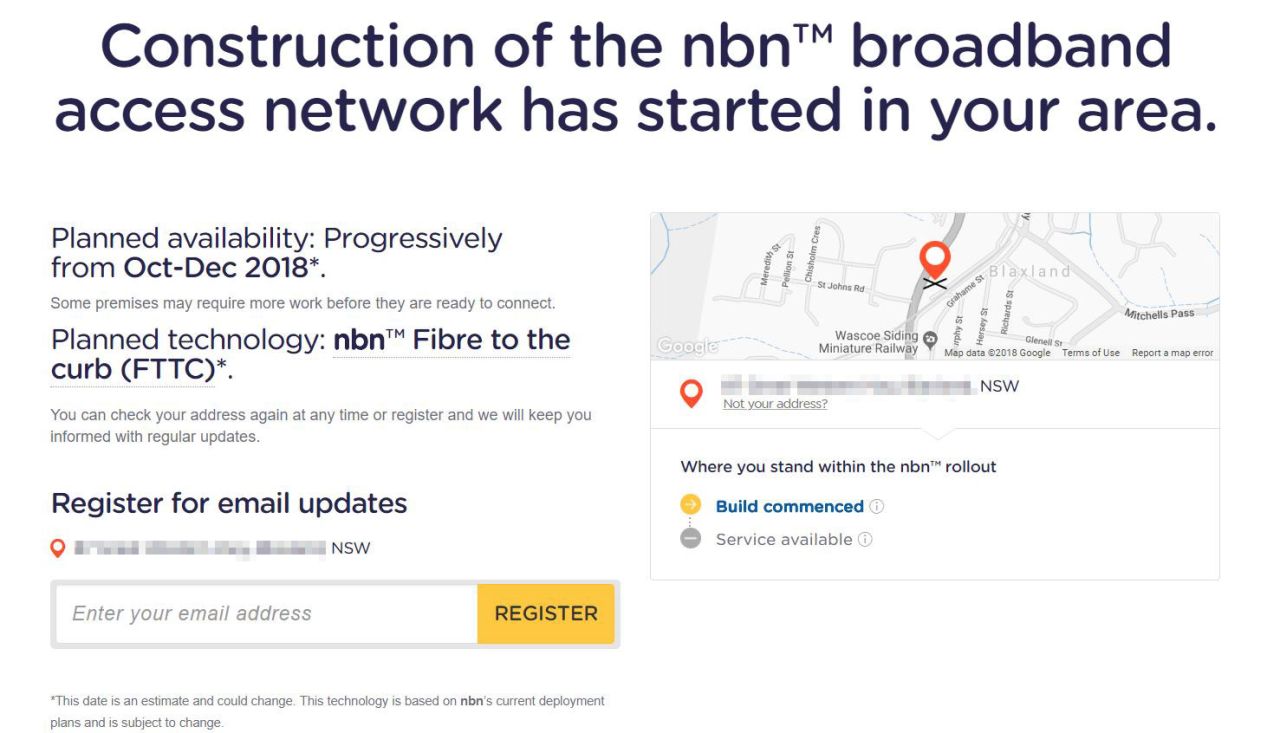 Areas will only be declared RTC once NBN construction work has been completed. In other words, when you check your address on the NBN website, you now have a much better estimated timeframe for connection. For RFS, you can expect a wait of up to six months. For RTC, you can start shopping with ISPs right away. (Unless you’e in a black spot, of course.)

Incidentally, here’s what you can expect to pay for an unlimited NBN 100 plan in Australia. (Click on plans below to see full inclusions and average speeds via each telco’s website.)

These Are The Most Popular NBN Plans

Choosing an NBN plan is a bit like playing Russian roulette - while the odds are generally stacked in your favour, there's a pretty big chance something horrible will happen. It therefore pays to look at what other customers are buying to get an idea of what's popular. With that in mind, here are the top five NBN plans according to around a million WhistleOut users.