Stop Pretending Your Trash Is Recyclable

If you’ve ever stood in front of your recycling bin — unsure if the trash in your hands is recyclable — and threw it in anyway, this article is for you.

Over on Mother Jones, writer Jackie Flynn Mogensen followed the effects of “wishcycling,” when a consumer commits this trash faux-pas in the hopes that somewhere down the line, their garbage will find its rightful place whether it be with other, similar recyclables or in a landfill.

But when you add potential non-recyclables to your bin, you’re directly contaminating your real recyclables and presenting several issues for recycling facilities (and especially for areas that rely on single-stream recycling, when all recyclables are collected in a single bin, versus separated by material into different bins).

Waste Management, America’s largest waste disposal company, told Mother Jones that for every ton of recyclables they receive, 230kg will be sent to a landfill because of issues like soiled recyclables or garbage that just shouldn’t be there — a process which requires extra time and money ($146 million annually, Waste Management claims).

Worse, and with China’s ongoing ban on the import of our garbage, single-stream recycling is becoming increasingly common because it encourages consumers to recycle more often (and it’s cheaper for waste-haulers, in the end). Single-stream recycling can often give consumers the impression that their one yellow bin will solve their problems, but that’s far from the case.

As Five Thirty Eight writes, in a single-sorting system, a recycling truck may also compact and smash materials together. If you put a non-recyclable in your bin, scanners at your local materials recovery facility might have difficulty sorting these items out.

And when you combine things in one bin as part of a single-stream system, soiled items might impact other recyclables; a wet tin can might soak paper and render it non-recyclable, as Mother Jones writes. (Let’s emphasise one point, however: Throwing non-recyclables in a recycling bin within a dual-stream recycling system is still bad; it’s that single-stream already has existing contamination issues.) 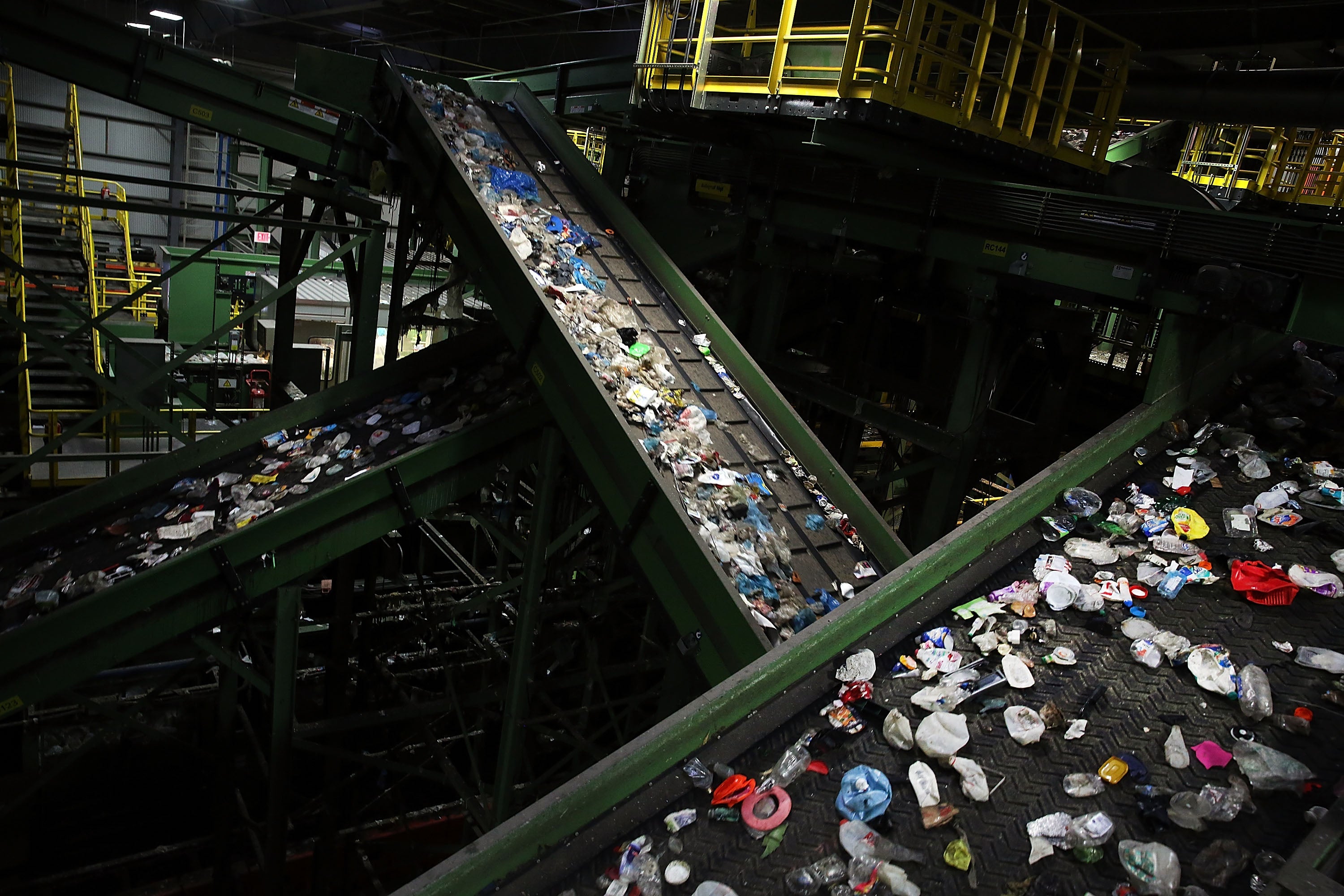 When in doubt, throw it out

What can you do to avoid this altogether? Simple — do an online search for your suburb’s recycling program’s rules and look for any recent headlines; recycling programs are changing rapidly in response to China’s ban and fluctuating demand for recyclables. “Residents should seek out recycling information when they are confused or when in doubt, throw it out,” Carle said.

There are a few universal rules you should keep in mind, however. You probably can’t recycle any heavily soiled items, for instance. As Mother Jones writes, items like plastic bags and electronics usually can’t be recycled as part of your council program, either, and might require you to visit a drop-off location.

And if you’re still having trouble, find a local Facebook group in your area devoted to sustainability; they can likely steer you in the right direction so you can make the best possible decision for the environment.