See How Climate Change Has Affected Your Area With ‘Warming Stripes’ 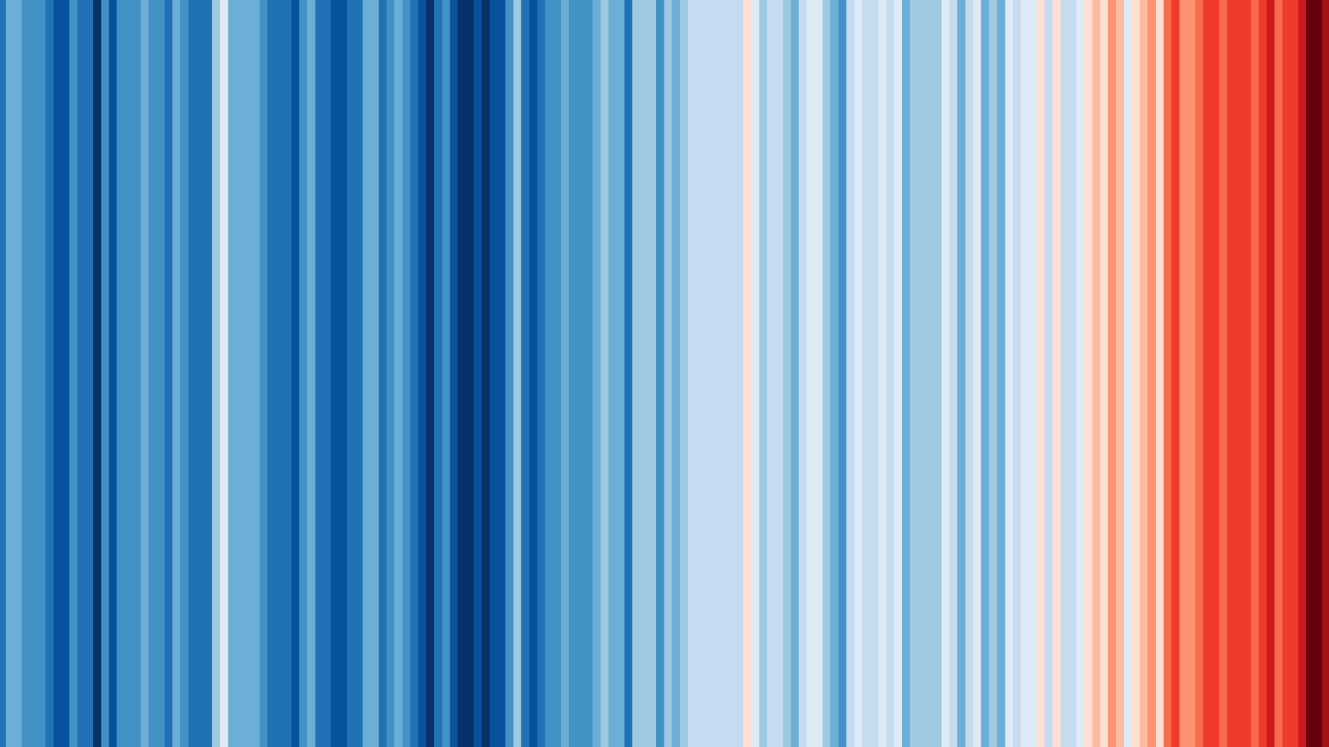 The earth has been warming for decades, but year-to-year changes are hard to watch in real time. Was this winter really less snowy than usual? Now there’s a handy way to see how your area’s average yearly temperature has varied over time. 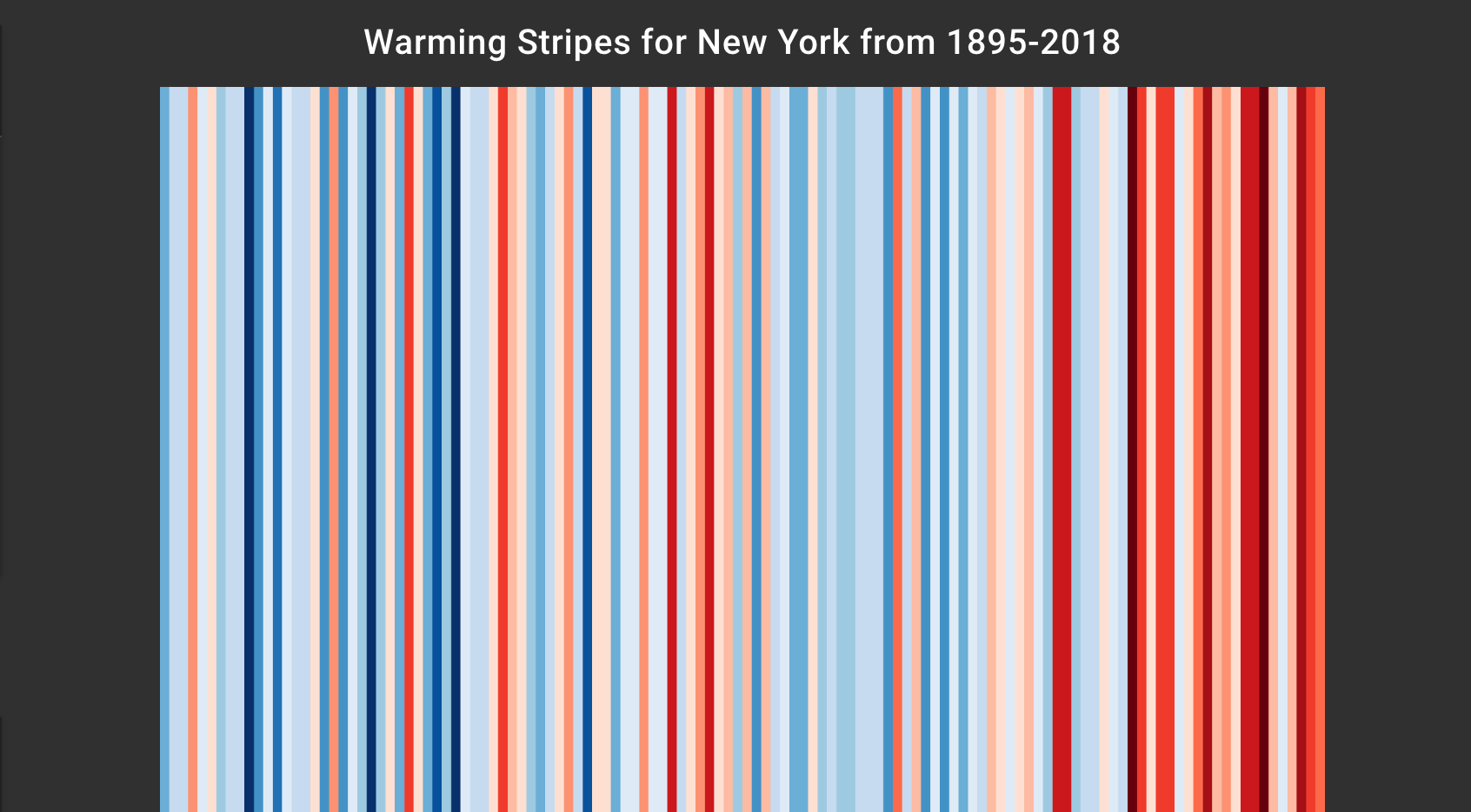 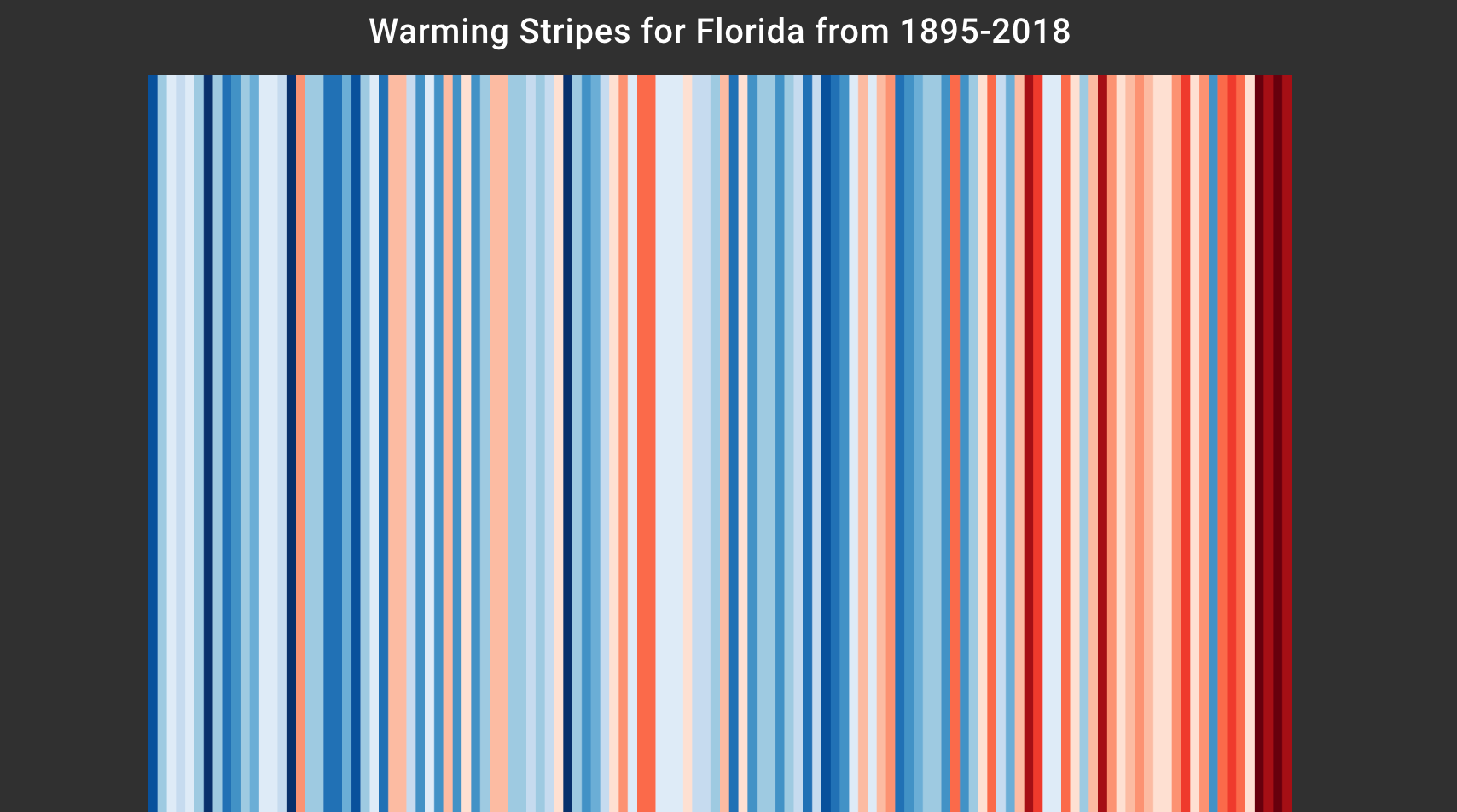 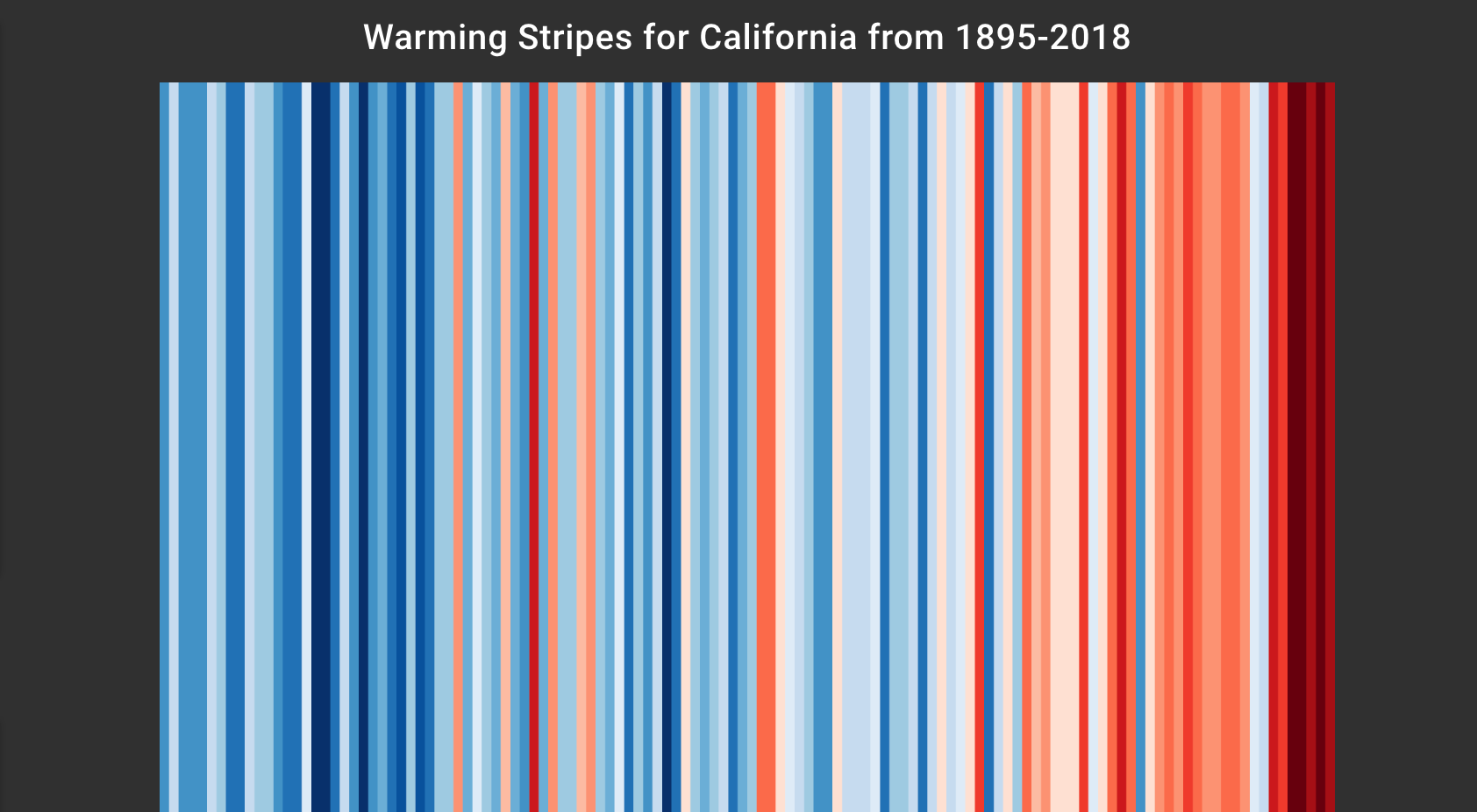 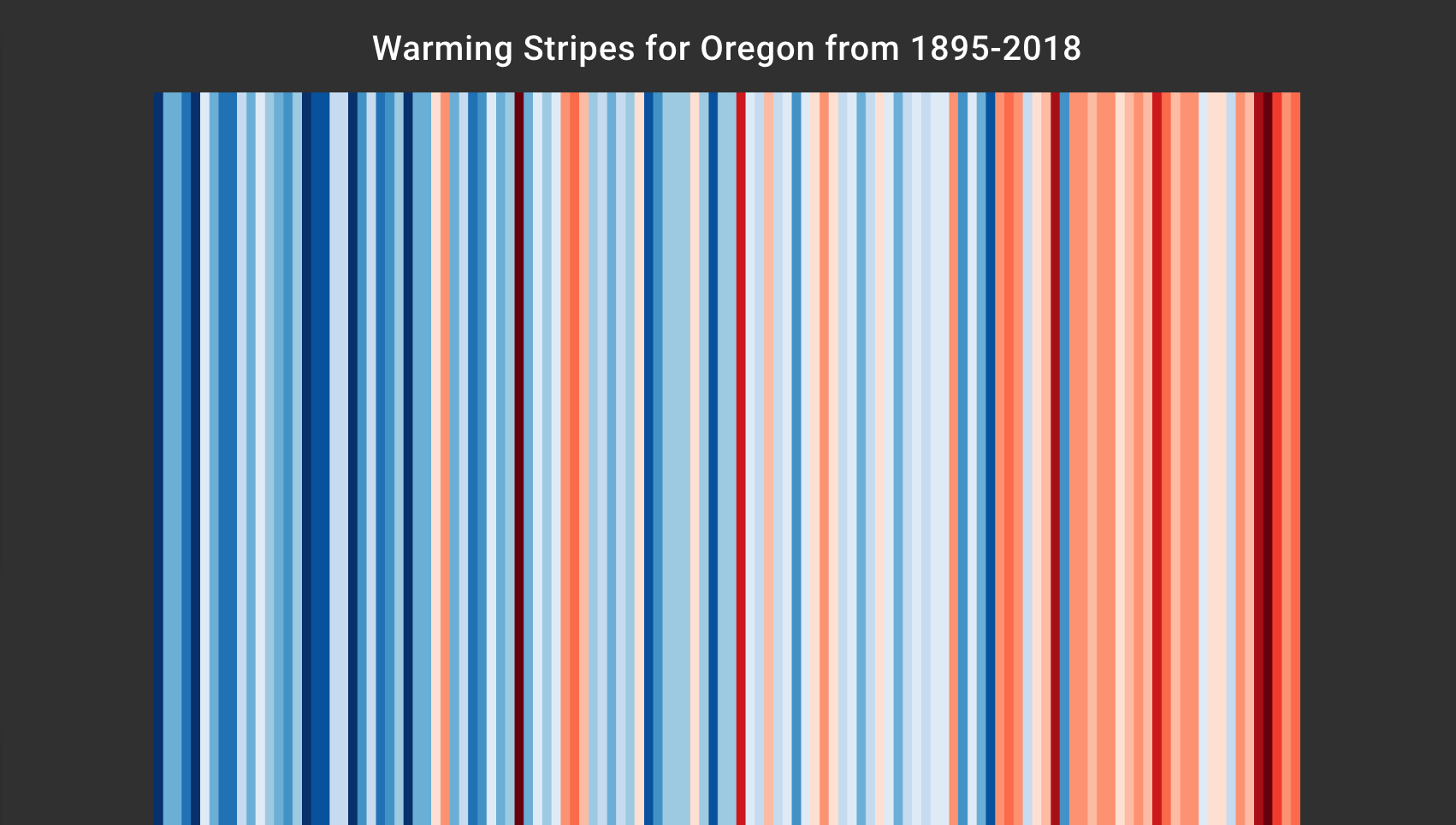 The tool is called Show Your Stripes, and it depicts each year’s average temperature as a colour coded stripe. (Most countries’ data covers the years 1901 to 2018.) You can pull up the stripes for a country, or in some places also for regions. In the United States, you can get a stripe graphic for each state. 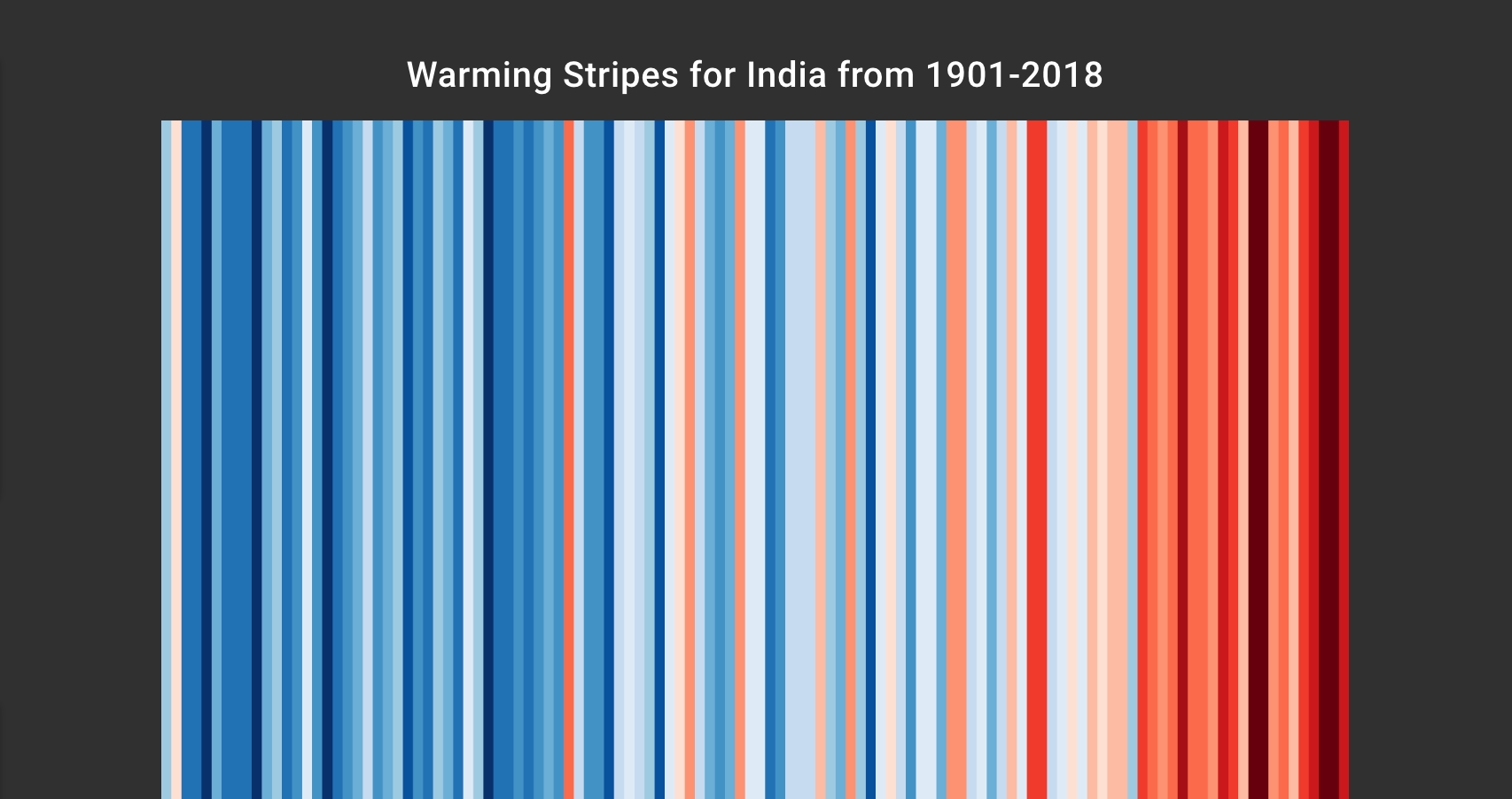 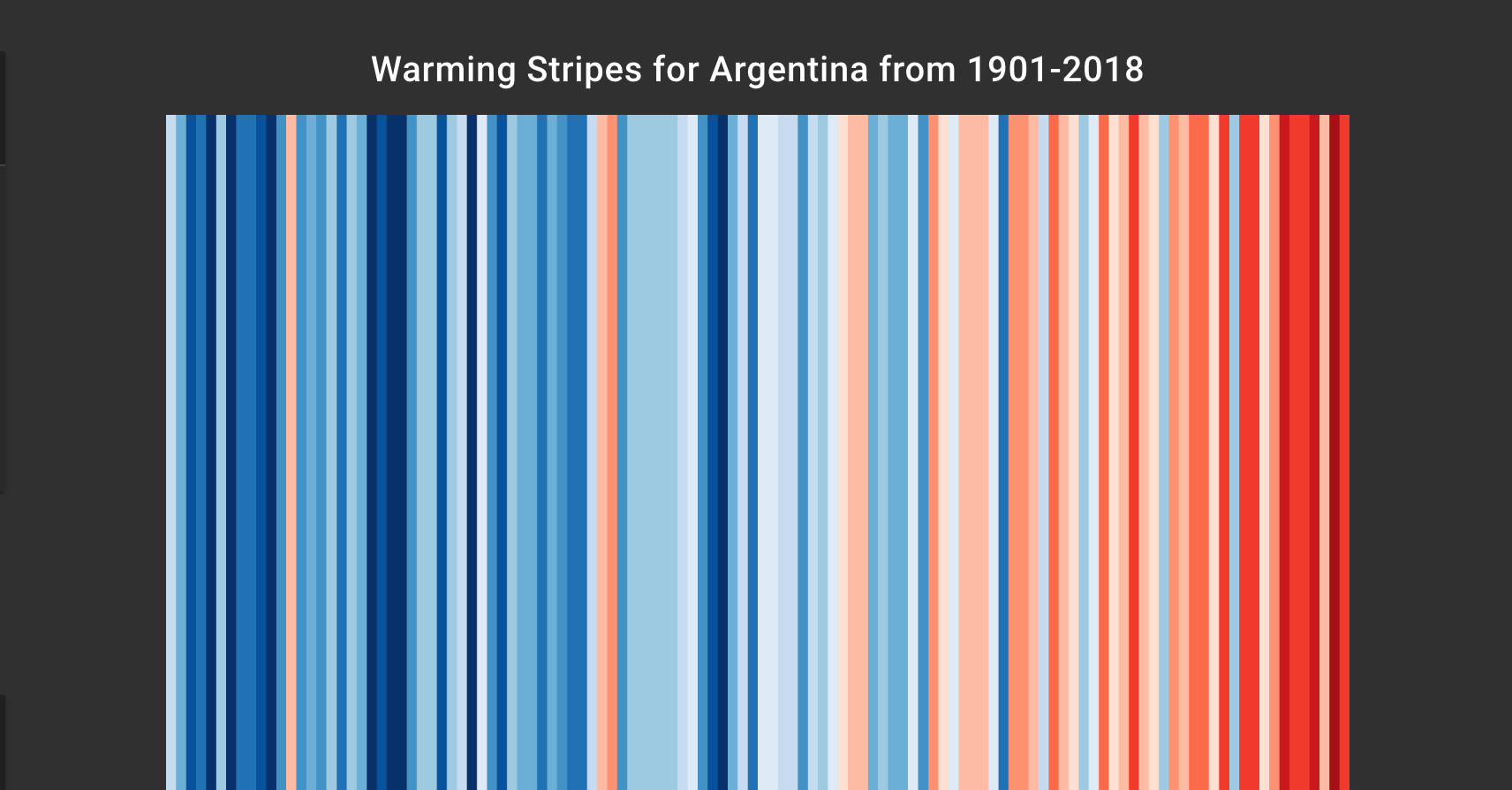 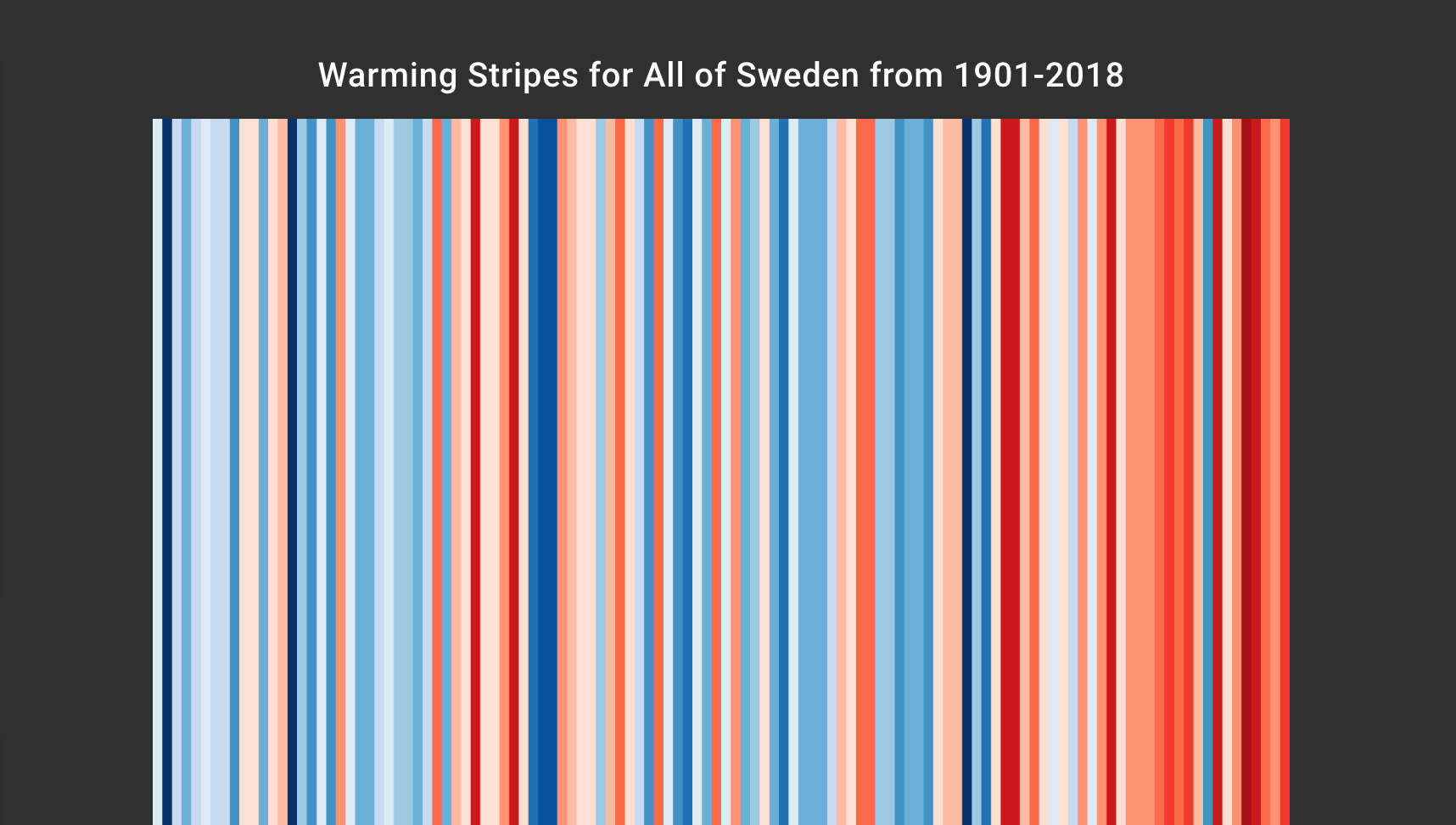 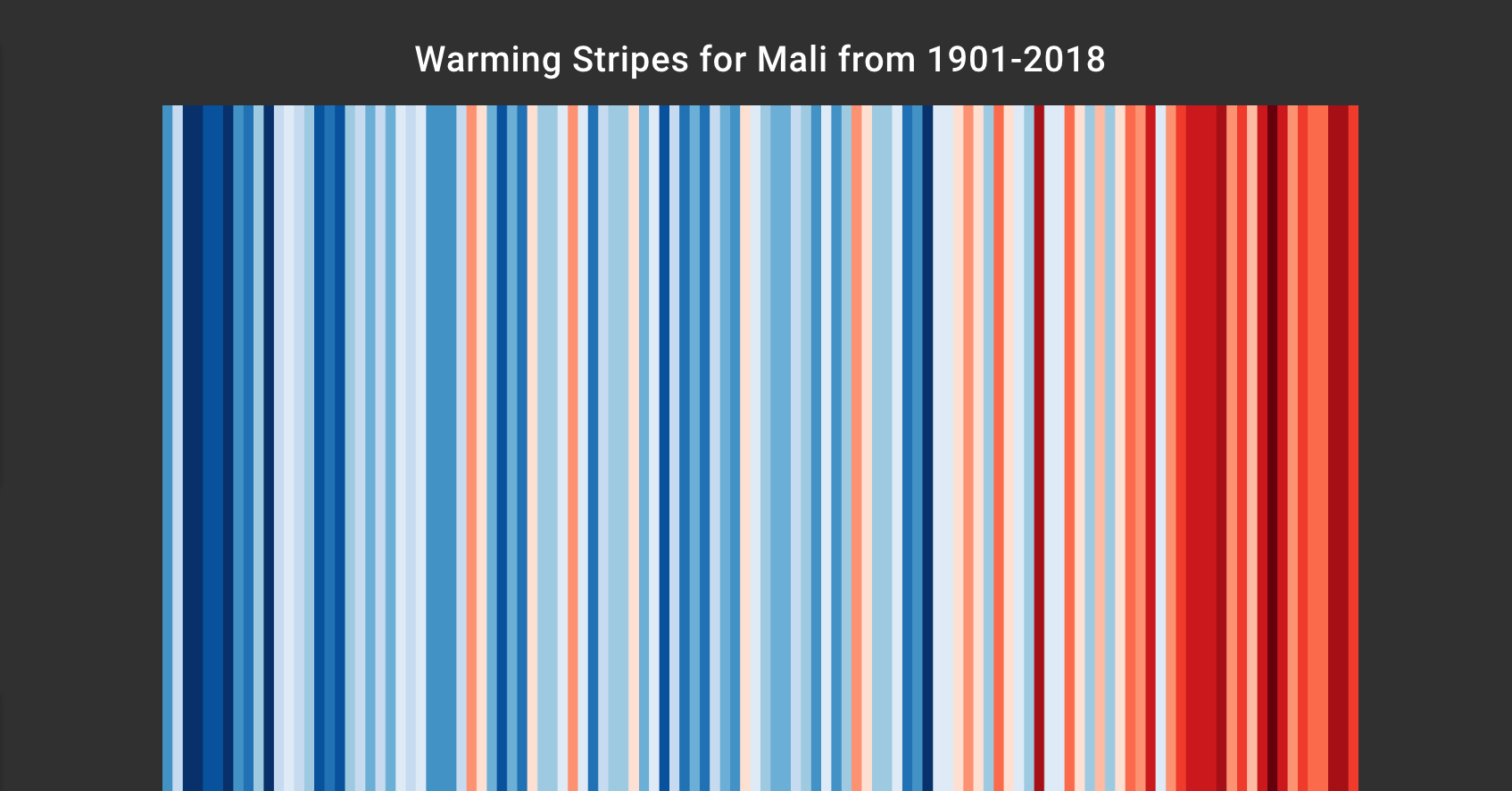 They all show a similar story: cooler temperatures at the beginning of the century (represented by white or blue stripes) with occasional reds. Closer to the present, there are a lot more red stripes. The image at the top of this post is for the earth as a whole; some regions are warming more dramatically than others.

The data comes from the Berkeley Earth temperature dataset, and the tool was created by UK climate scientist Ed Hawkins.

People are sharing the graphics online, tagged #ShowYourStripes, to discuss how the climate crisis has affected their area.