Make This Syrian Kibbeh Casserole When Your Budget Is Tight

Whenever I meet someone who, like me, is of Middle Eastern heritage, it’s guaranteed that within five minutes of learning this fact, I will turn the conversation to kibbeh. From there, we will inevitably take a detour into misty-eyed recollections. We will also likely argue over the “proper” way to make this staple of Middle Eastern cooking which are normally torpedoes of ground meat (usually lamb or beef) bound together with bulgur wheat and seasoning.

Roughly translated as “ball,” kibbeh has as many variations as it has Arabic transliterations (which include, but aren’t limited to, kibbe, kubbeh, kubbi, cubba, and cubbeh). You can wrap meat paste in more meat paste or you can wrap the meat paste in a bulgur-y coat of dough.

Like its cousin meatloaf, kibbeh recipes aren’t merely region-specific. They’re mother-specific. I long for the day Samin Nosrat breaks down the various spices that are used, many of which are family secrets that are kept guarded like Fort Knox.

But ultimately, the dish serves as a grand unifying principle of the Middle East and North Africa, equally loved in Egypt, Syria, Turkey, and Iraq. Variations of the dish that are served in Greece speak to the travelling nature of culture in this region around the Mediterranean.

Kibbeh can be an intensive process, but my Syrian grandmother, who came to settle in the working-class town of Pawtucket, Rhode Island after being born in the town of Saidnaya (20 minutes north of Damascus), brought with her a recipe that makes for a perfect weeknight dinner. Its ingredients are simple (even simpler now that bulgur wheat is readily available in most grocery stores) and — if you use beef instead of lamb — inexpensive.

Adapting the dish as a casserole (as many Middle Eastern cooks have done) also makes the prep time a cool 30 minutes at most. The real work is done in the oven at a low, slow temperature that allows the nuttiness of the bulgur and the earthiness of the allspice to, much like a multi-generational family of Syrian refugees, give back to their new home over time. If you can manage to make this last for more than one meal, the flavours only deepen once it sits in the fridge overnight. 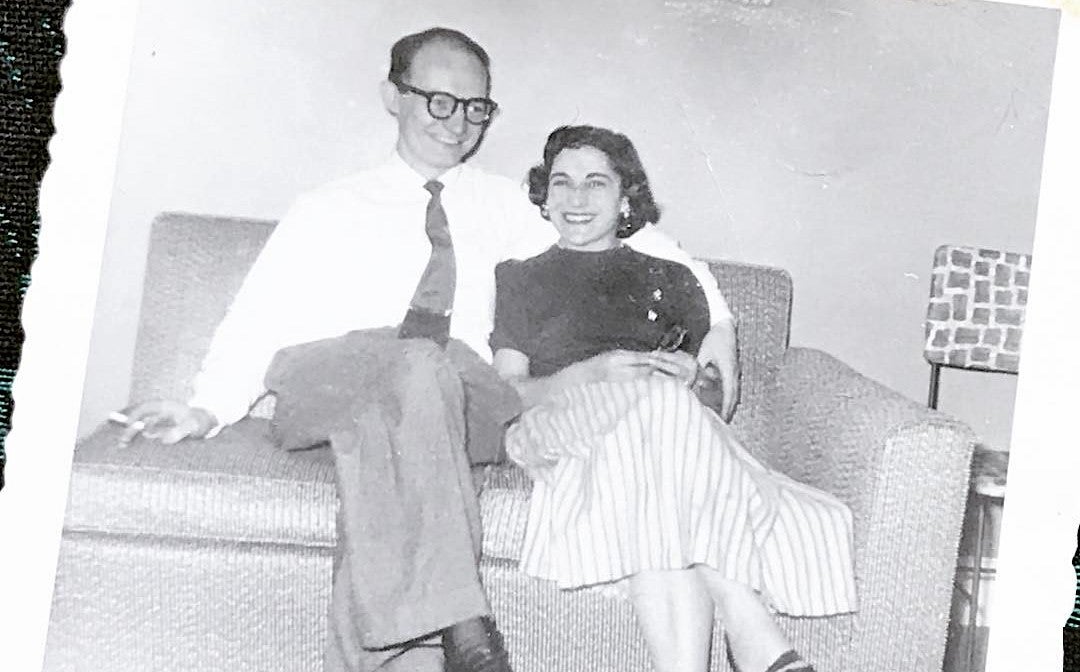 My Syrian grandmother (and French-Canadian-but-kibbeh-loving grandfather), 1953

My grandmother’s memory has since lapsed due to dementia. She is happy, but unable to remember most of her family. As such, making kibbeh for me isn’t just about the meal itself, it’s also a chance for me to converse with my grandmother across time and space, which brings comfort food to a new level.

Preheat your oven to 180 degrees Celsius.

Combine the bulgur wheat with ½ cup of water in a small bowl. Stir gently to make sure all of the wheat is covered, and let sit for 15 minutes. Squeeze out the excess water using a cheesecloth or extra-fine sieve.

Mix the onion and the bulgur wheat together. Add the ground meat, allspice, salt and pepper. Knead the mixture by hand, adding a tablespoon or two of ice water if needed to get a consistent paste with even distribution of onion and bulgur. Add in the pine nuts and knead gently to distribute.

Spread mixture in a lightly greased 20 x 30cm baking dish. Use your hands or a spatula to smooth down the top into a flat, consistent surface. Using a small knife (steak or paring is great), cut the raw mixture into diamond shapes using straight, diagonal cuts. (For an easy cheat on this, cut the mixture into even squares and then cut each square in half diagonally.) Take your butter and add a small dab to the top of each diamond or triangle. 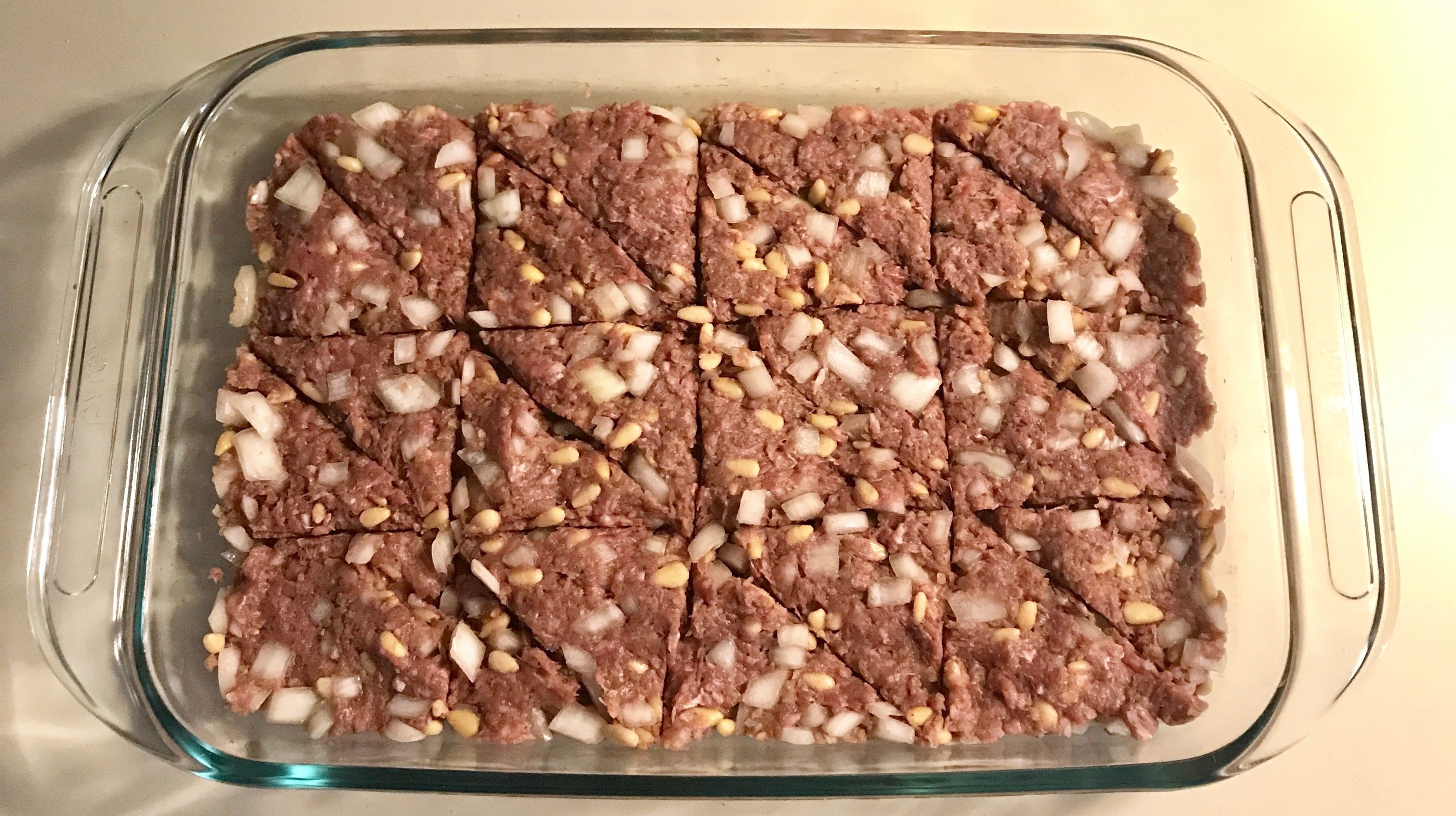 Cook for approximately 60 minutes, or until the centre of the meat reaches a temperature of 65 degrees Celsius. Cover with foil if it needs more time but begins to brown too quickly. Let stand for 10 minutes before serving (or longer — kibbeh, much like pizza, has its own magic when served cold).

Traditionally, Kibbeh can be eaten with a simple salad, pita bread, and/or labneh (which you can fake by mixing plain Greek yogurt with a teaspoon of olive oil and a squeeze of lemon juice). If you’re an Arab mother, you’ll likely serve it with a dozen other dishes and then insist that it’s not enough food for two people. If you’re my Southern Californian husband, you can also spread some hummus on a corn tortilla, add on a slice of kibbeh, and a touch of Cholula.