I grew up in the 1990s, an XTREMEly lawless time for food. My beverages of choice were Sunny D and Capri Sun, but I often drank water from a hose. Though we never had 30 kids over when mum trotted out the Bagel Bites or pizza rolls, my sister and I often fought over the last can of RavioliO’s for lunch. And I have the scars to prove it.

School cafeterias were like the UN of food back then, and we traded one delicious bit for another. Pudding for Cheetos, Mondo juice bottles for Kool-Aid Bursts. With the exception of the Reese’s cup that came in a Lunchables, nothing held more value in the world of String Things and Fruit by the Foot than the one and only, the legendary Dunkaroos.

Editor’s Note: While some of these lunchtime snacks might be unfamiliar to our Australian readers, I’m sure many of us remember the halcyon days of Dunkaroos and Lunchables. 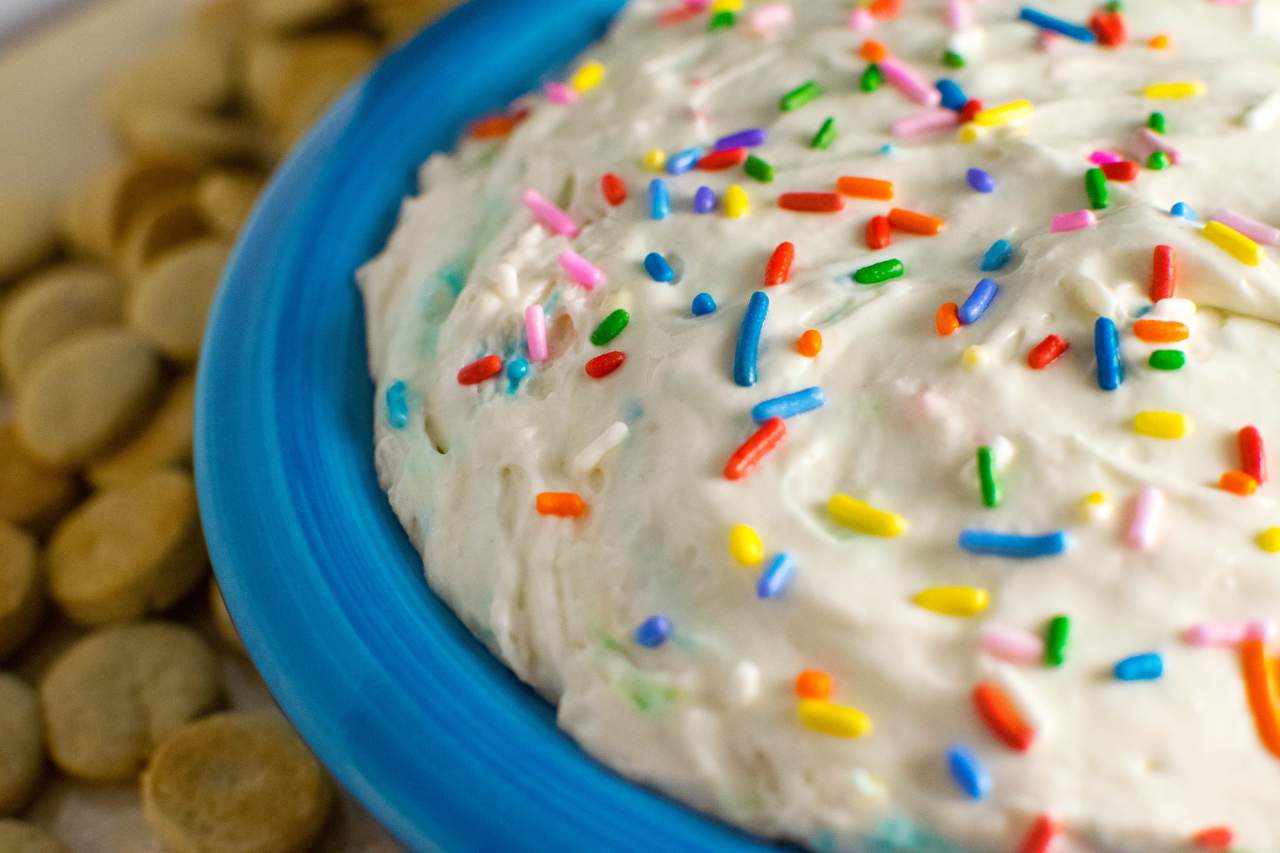 Dunkaroos were little more than a dessert version of cracks and cheese. Everyone loved biscuits, but it wasn’t until the folks at Dunkaroo HQ decided to pair them with dippable frosting in a portable container that we really stepped back and considered the possibilities of combining things that aren’t usually paired together.

My first Dunkaroo may have been the eureka moment that spurred me into a culinary career and obsession.

This is the easiest dip you’ll ever make, and I want you to keep it a secret. Talk it up like it’s some big effort thing that takes a while. Because all you need to do is:

Combine the ingredients in a bowl, and stir until smooth. Chill for 4 hours before liberally garnishing with sprinkles.

Yep. That’s it. While there are those who would wax poetic about the dip, the key here is the cookie. You need a good crunch without being too puffy, as well as a secret ingredient.

I suppose it isn’t much of a secret, considering that it’s documented on Dunkaroos’ Wikipedia page, but cinnamon is what is going to keep these from being boring. That, and a pile of sugar dip.

Sift the flour, powder, soda, cinnamon and salt in a small bowl and set it aside. Cream the butter and brown sugar until fluffy, which should take about 3 minutes. Add the egg and vanilla and mixed until combined. 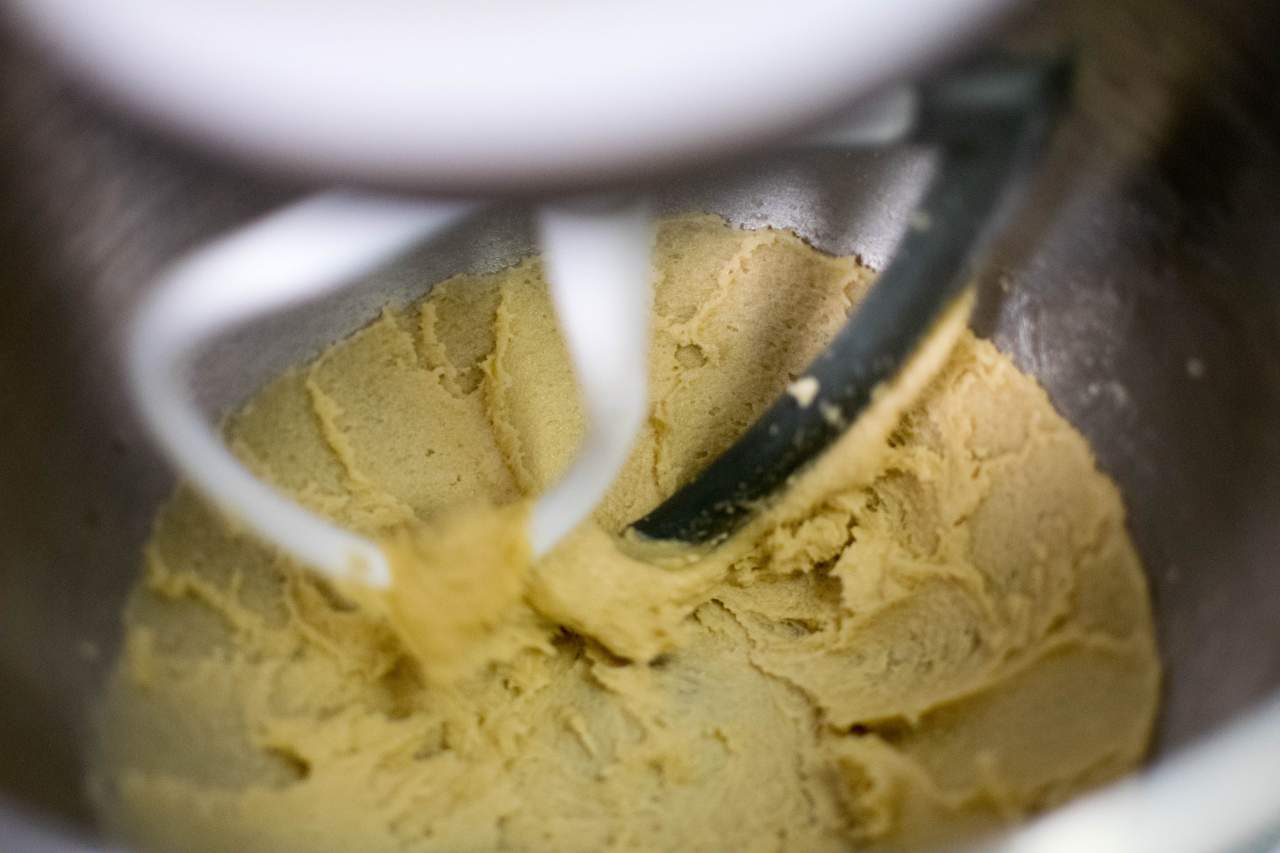 Biscuits Rule Everything Around Me

On a low speed, add the flour mix in batches, waiting until incorporated to add more. Once all the flour is added and combined, form your cookie dough into a disc, wrap it tightly in plastic wrap and refrigerate for at least 2 hours. Like most doughs, it can keep a day or two in the refrigerator or be frozen. 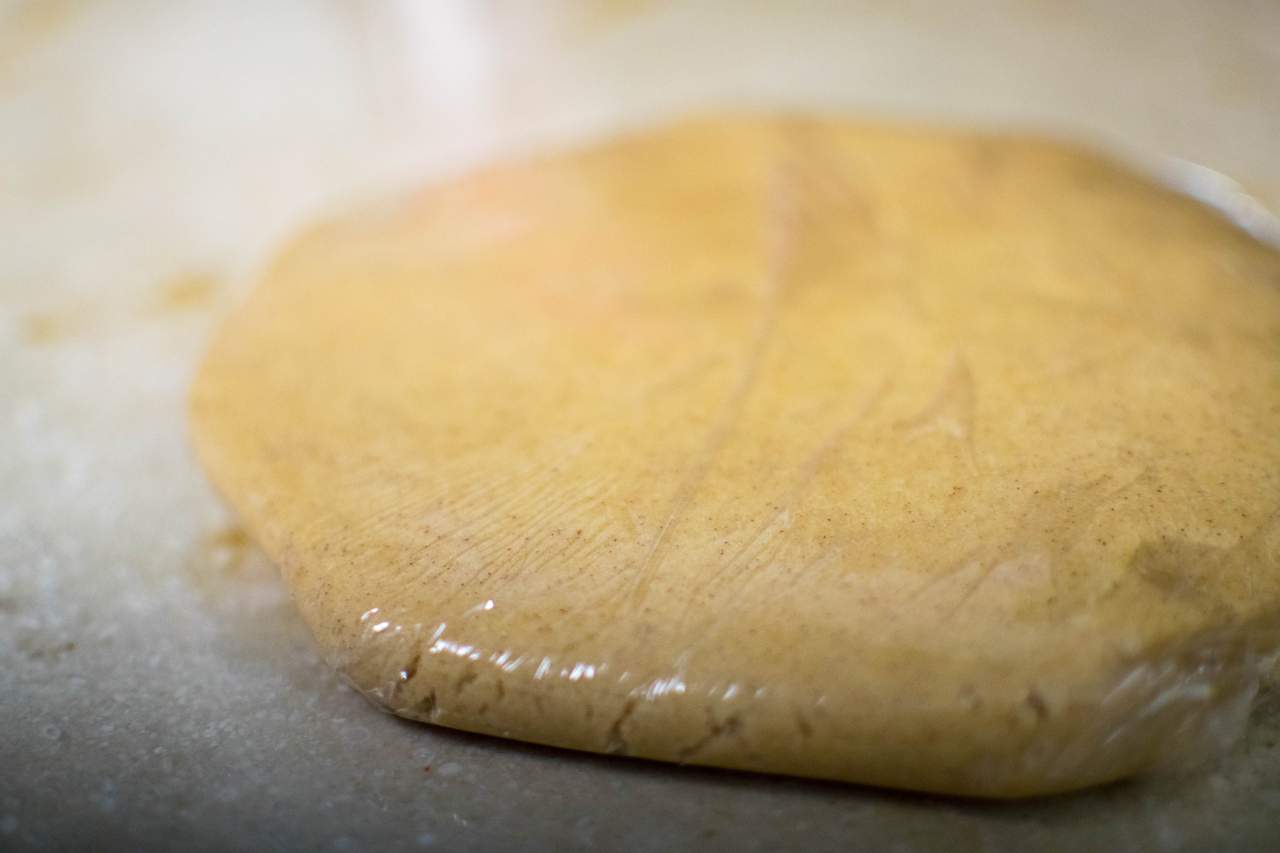 Please do not throw the discus.

Please do not throw the discus.

Time’s up! Preheat your oven to 180 degrees Celsius and line a cookie sheet with parchment paper. Flour a flat dry surface and roll the dough out to 3mm thick.

Use a tiny biscuit cutter – ideally in the shape of a kangaroo – and cut out biscuits until there’s nothing left. I lost count of how many I got from this dough using a round cutter. 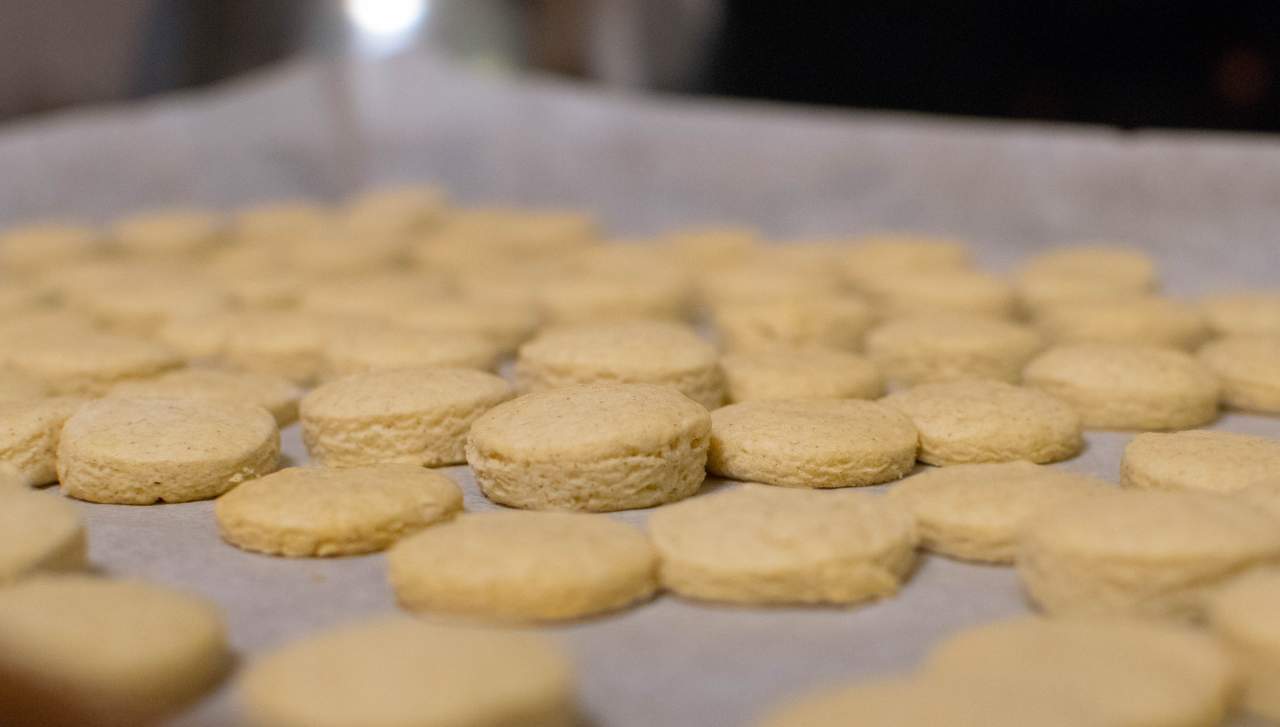 OK, I got a little impatient and made some thicker ones. They’re just as good.

OK, I got a little impatient and made some thicker ones. They’re just as good.

Bake the biscuits until the edges are golden brown, about 5-7 minutes. Once they’re done, transfer them to a rack to cool.

If you have to use more than one sheet, don’t use the same sheet that you just took out of the oven. The biscuits will begin to bake immediately upon touching the hot pan, and that will throw off your timing completely.

What comes next is pretty obvious. Savour the first one, and then scarf down another 30 or so.

For an even sweeter variation on the biscuits, you could glaze them once they have cooled. Whisk Â¾ cup sugar with Â¼ cup water in a saucepan and boil until the sugar is dissolved and the glaze is clear. Allow the glaze to cool to slightly above room temperature before lightly brushing over the biscuits.

Allow to dry for an hour. And if you’re absolutely lusting after chocolate (and who isn’t?), you could sub brownie mix for the sprinkle cake mix.

Get creative. There is no bad variation on this trip down Memory Lane.