Is It Illegal For An American President To Make Money From Outside Businesses While In Office?

Last week, U.S. Vice President Mike Pence visited Dublin, Ireland to attend several meetings — but confusingly, stayed at a Trump hotel nearly 320 kilometres away. Just yesterday, the U.S. Air Force came under scrutiny for overnight stays at a Trump hotel in Scotland while refuelling. And Trump himself recently proposed hosting the next G-7 summit at his hotel in Doral, Florida.

“I have a lot of hotels all over the place and people use them because they’re the best,” Trump said in response to questions about Pence’s recent stay.

Cases like these have now opened up a larger investigation by U.S. Democrats into Trump personally profiting from his presidency by using his office to steer customers towards his businesses.

According to a New York Times story published over the weekend, Trump properties have hosted thousands of visits by foreign leaders, Republican members of Congress, lobbyists and political candidates, among others. As determined in an analysis by the Centre for Responsive Politics, they’ve spent just under $28 million on use of Trump properties, most of which came after Trump already became president.

But is there any underlying rule that would stop an American president from profiting during their time in office? And what are U.S. Congressional Democrats doing to stop it?

As the Times writes, since Trump became president, spending by foreign leaders, lobbyists, and other Republican leaders at Trump properties has grown immensely; one consumer advocacy group, Public Citizen, estimates that political candidates and party organisations alone have spent at least $8 million on Trump properties since January 2017, as compared to just $173,440 in the four years before his run for presidency.

Much of the controversy is directed at spending by foreign parties. In an obscure set of provisions under the U.S. Constitution, known as the Emoluments Clause, a sitting U.S. president cannot accept any “present” from any foreign party, like, say, payment in the form of leaders booking out several hotel rooms or hosting a convention at Trump properties.

Also, the Emoluments Clause does not allow the American president to accept more or less than his salary, including from federal or state governments, which brings up serious issues like Pence’s stay in Ireland (paid for by U.S. tax-dollars, which were then funnelled directly into the pockets of the Trump Organisation).

It is not technically illegal, however, for a U.S. president to continue to run a business while serving, and in the past, presidents have acted on an honour system of sorts (or a “blind trust”; a president gives up the ability to act on or manage their own trust in an effort to avoid any conflict of interest). Trump has not adhered to this honour system.

“He’s gotten at least a million dollars a year from foreign governments staying at his properties,” Washington Post reporter, David Fahrenthold, told NPR. “And the mechanism to enforce that turns out to be the federal courts, which have moved very, very slowly as they try to sort of process this whole new area of law that they really hadn’t dealt with before. The practical effect is that Trump gets away with it.”

Of course, this is separate but very much related to Trump’s own spending when staying at his properties. But at the moment, and without public tax returns, we don’t really know how much he’s spending American taxpayers’ money to enrich his own businesses. 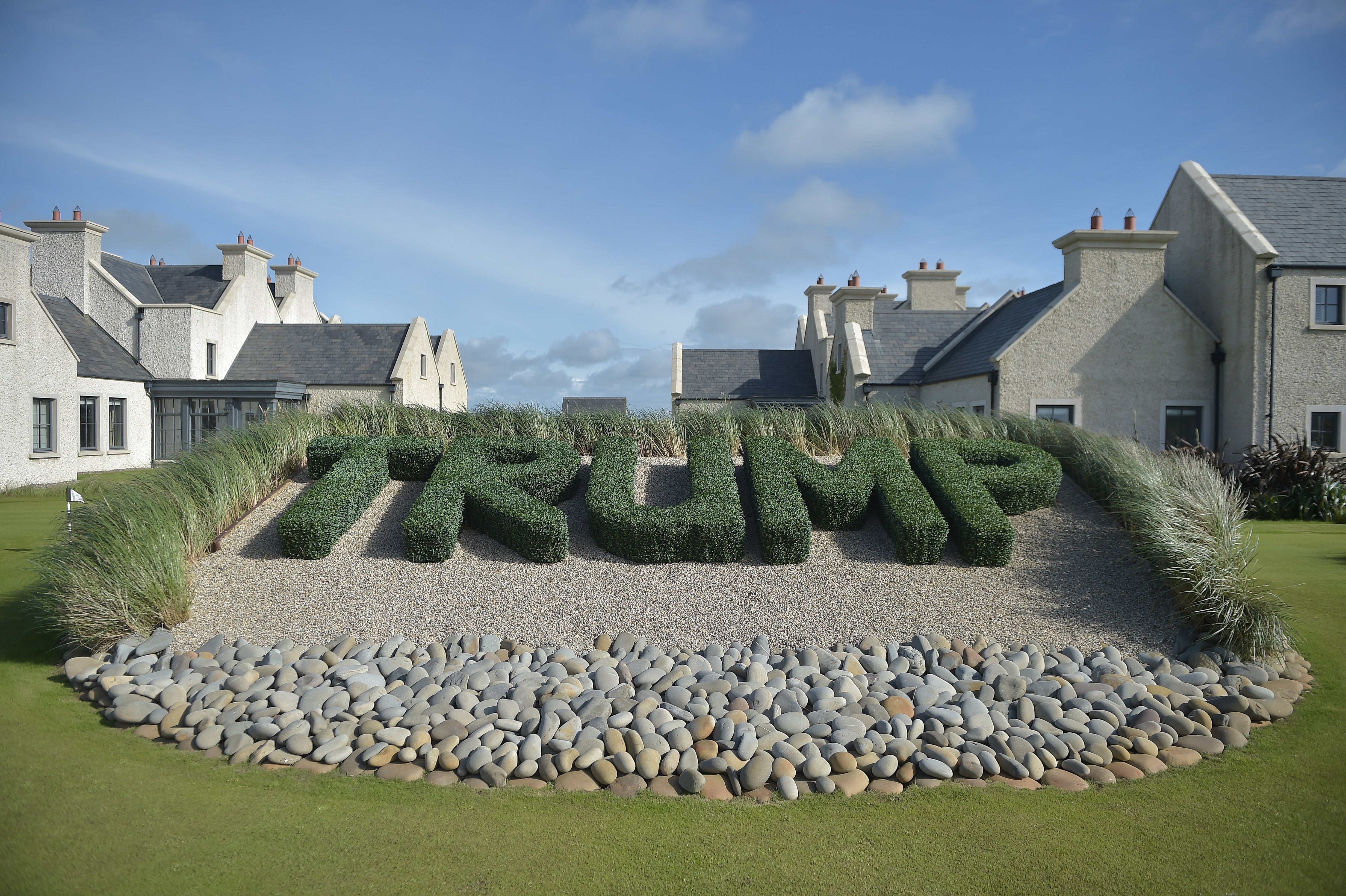 Three lawsuits have been filed against Trump that invoke the Emoluments Clause; two have been dropped and one by Congressional Democrats remains active.

Spurred by Pence’s stay and the proposed location of the G-7 summit, however, U.S. Democrats said they are now investigating both cases as violations of the clause.

“The committee does not believe that U.S. taxpayer funds should be used to personally enrich President Trump, his family, and his companies,” Elijah E. Cummings, chairman of the Oversight and House Reform Committee wrote in a letter to the White House. Meanwhile, in a statement, House Speaker Nancy Pelosi has referred to Trump properties as a “cesspool of corruption.”

If you want to take a deeper dive into spending by U.S. Republican committees at Trump properties, OpenSecrets, is tracking many of these payments; they also have an extensive list of foreign leaders who have business ties with Trump and his properties.