I’m Nick Douglas, Lifehacker Staff Writer, And This Is How I Work

Every week, we share the shortcuts, workspaces and productivity tips of our favourite experts. This week, we’re going behind the scenes at Lifehacker. I’m Nick Douglas, and this is how I work.

Current computer: MacBook Pros at home and work, and an old Air for coffeeshops

One word that best describes how you work: Idiosyncrasy

I answered most of these questions last year, so I’ll skip to what’s new.

I write two or three posts a day for Lifehacker, some dashed out in response to news, many planned ahead of time. I have no official beat, but I specialise in entertainment and culture: tabletop RPGs.

I run a few recurring features like the featured playlist, Hack Your City and How I Work. Once a year, I edit “How I Work” posts by the rest of the Lifehacker staff.

I occasionally guest on our podcast, the Upgrade. I appear in a lot of Lifehacker videos, like “How to Win Over a Cat.” 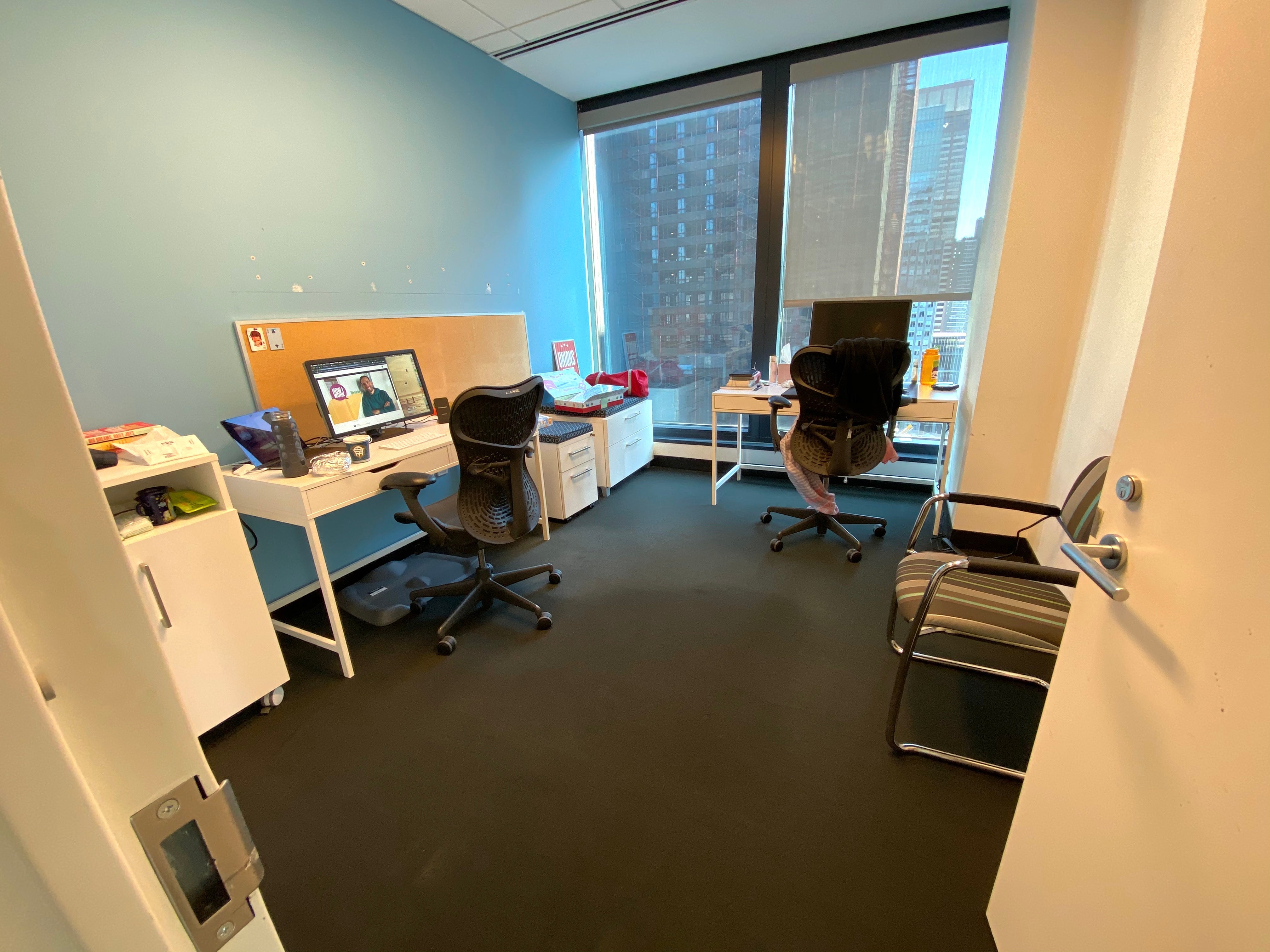 I get up at 7 unless the baby wakes me and my wife first. We hand her back and forth for an hour until the nanny comes and we can both head out to work. I get the B or the Q to work. I read an ebook, or listen to podcasts and play a game. Every day I get a coffee for $2 from the “Bagel Boss” cart, where the lady knows everyone’s order.

I get to the office a bit before 9, catch up on Slack and email, and pitch any new story ideas on Slack. Sometimes I already know what posts I’m working on that day, but often a news item pops up.

The company moved to Times Square this spring, so we’ve only been up here in good weather so far. I usually get lunch from a cart or stand, and eat it in Bryant Park while listening to an audio drama. Listening to a story, as opposed to a chat show, feels like a brief retreat. Occasionally I do a little writing for my own audio drama.

This Tuesday we had a team brainstorm for our annual Evil Week. Each year we try to thread the needle of “evil enough, but not too evil.” Whatever we publish on Evil Week has to hold up year-round.

I head out around 5:15 to relieve the nanny. My wife and I spend a couple of hours with the baby before we put her to bed, then hang out and watch TV til bedtime ” unless one of us has an event that evening and the other is on solo baby duty.

I don’t know how I did any internet work before Workona. It’s a Chrome extension that organises your tabs and automatically saves sessions, so you can close a bunch of tabs and bring them back later. It’s much slicker than managing Chrome’s bookmarks, and it makes it very easy to move between computers. The app is still in development, so it’s free, but I know I’ll end up paying for a pro account when it comes out.

I started using Tinycards to learn things like the NATO phonetic alphabet, and how to point to every country on a map, and times tables up to 25×25. I’m training myself to check Tinycards instead of Twitter.

To jot down ideas, I use Wunderlist instead of a notes app, because it’s better suited to lists. I keep a list of Lifehacker pitches, which I raid once a month when it’s time to pitch evergreen stories.

I like reading books on my phone. My library has lots of ebooks, but the wait can be up to half a year. So I use Libby, which lets me make library holds, then manage them so they become available when I’m ready. This produces a steady stream of free reading. I finish roughly one book a week.

I still use almost everything I listed last year. But when Overcast recently became sluggish, I switched to Pocket Casts. I have a couple hundred episodes in my queue at any given moment (probably how it got sluggish!), so porting them over was kind of a project. Pocket Casts has some quirky behaviours, but it’s slicker than Overcast. The new G/O office is a lot more private than Union Square, where eight of us shared one mega-desk. I share an office with our managing editor Virginia, and we frequently turn around to each other ” usually with a comment or question about something we both saw on Slack.

We haven’t properly moved in and put things on the walls. I should probably have a picture of my kid up, but I just look at the ones on my phone.

I’m constantly trying to fix the ergonomics of my desk. The only thing that consistently works is to get up and move around every few minutes. When the Stretchly app pops up, I stand and stare out the window like I’m pondering a hostile takeover on Succession.

I have a giant Apple Music playlist of instrumental albums ” 160 hours long so far. When I’m working on something and lyrical music is too distracting, I shuffle the instrumental playlist until I find the vibe I need to hear, and then I play that album straight through.

I sometimes ask the art department for a custom illustration, and they always give me something clever. Jim Cooke whipped up the podcast drama masks above from two stock images. In the drawing of RPG players below, Chelsea Beck included one of her own D&D characters.

In 2007 I was freelancing for the Huffington Post when they offered me a full-time position. But I’d been talking to the vlogger Ze Frank and I wanted to vlog for a living. I learned a lot about shooting video that I used in later jobs, but I don’t think I ever made a dollar from that vlog.

We use Airtable to manage the schedule for Lifehacker posts. I have a bad habit of spreading my to-dos across multiple platforms and losing a lot between the cracks, but because Airtable is one shared platform, it locks me in better. I can still shuffle tasks around, but because I’m doing it in a shared space, I’m less likely to completely drop something.

For my wife and me, what used to be free time is now baby time. She’s a delightful handful. On warm weekends we take neighbourhood walks or hang out in Prospect Park on a bedsheet and a Chillbo Shwaggins.

On weekdays and any solo time, I’m constantly listening to podcasts and reading books. I can only squeeze in one episode of TV most nights, so I’m picky about what I watch. I’m not a snob but I hate wasting time on trashy TV. 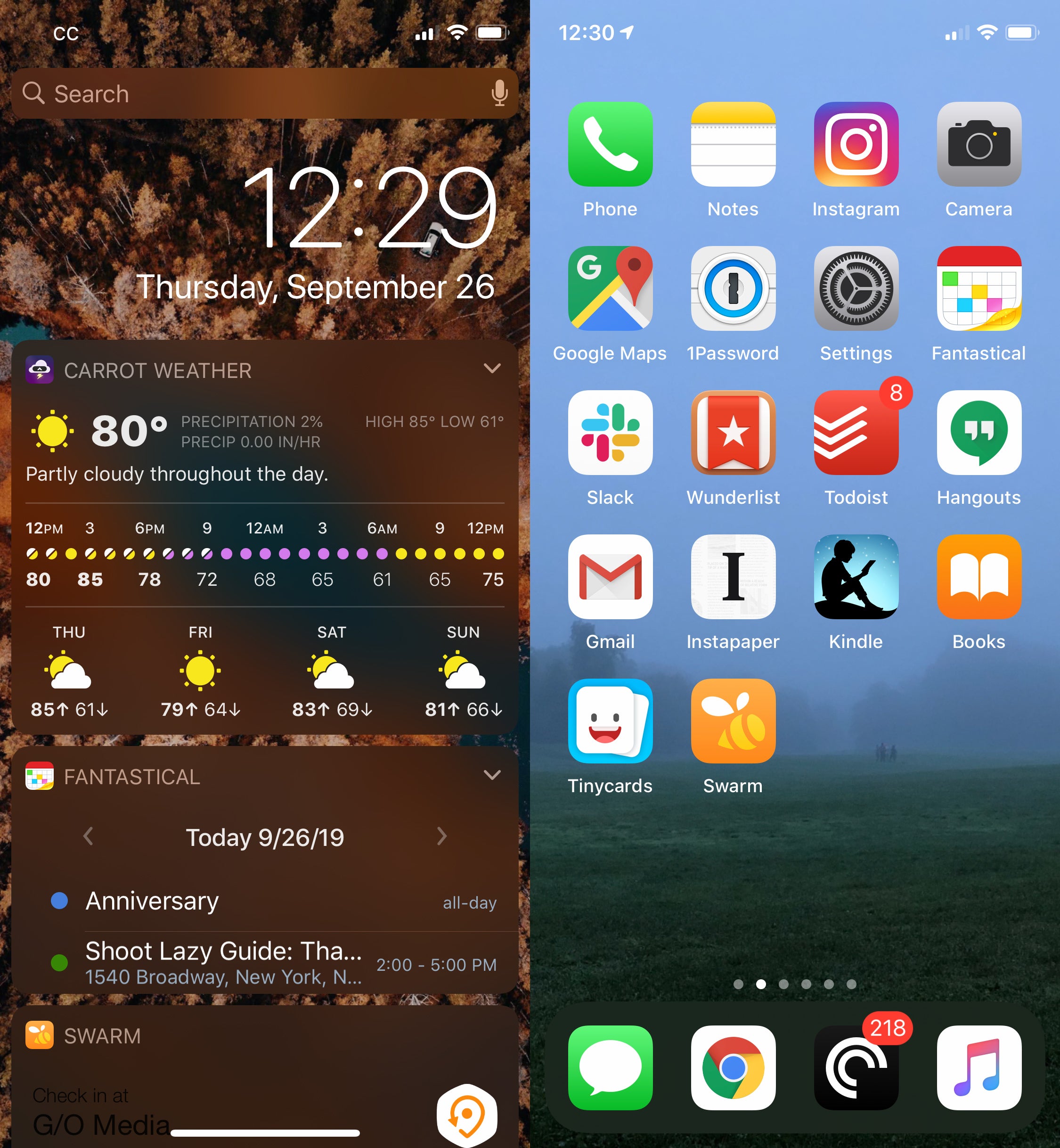 I bring up my scripted comedy podcast Roommate From Hell every time anyone will let me. I used to write a lot of spec scripts and make short videos, but now this is the one creative writing project I have time for. Four of us are writing season 2 together, and we have some ambitious plans for the story, including a Murder on the Orient Express mystery and a lot of bad Christian parody songs.

I want to write a spec pilot about retired Power Rangers who have to juggle work, family, and saving the world again, but where would I find the time?

I loved Foucault’s Pendulum so now I’m reading The Name of the Rose ” which is free on Kindle with a Prime membership.

It’s slow going because I keep looking things up on Wikipedia ” I even read the TV Tropes page about Catholic heresies. Eco is a lot more rewarding when you research what the hell he’s referencing.

When I don’t have the energy for Eco, I read something simpler. Right now it’s Taffy Brodesser-Akner’s Fleishman Is in Trouble, a solid Franzen-like modern novel.

Thanks to our jobs, my wife and I get a lot of pre-publication books. I’m loving Daniel Mallory Ortberg’s upcoming essay collection Something That May Shock and Discredit You.

I grew up wacky fundamentalist Christian and now I’m an atheist, but I’m fascinated by church history. So far I’m two books into the extensive works of secular religious scholar Bart Ehrman: Jesus Before the Gospels and The Triumph of Christianity. His clear historical analysis doubles as research for my Hell podcast.

I’ve made a lot of playlists for Lifehacker, like a list of great cover songs. Years ago I made two playlists based on the best music my mum and dad exposed me to growing up: Dad Music and Mum Music.

Any representative from the Squad.

I have trouble finding time for my creative writing, and I’m trying to squeeze it into smaller pockets of time, but it’s very challenging to make any real headway without sitting down at a laptop for an hour. I want to reduce the time it takes me to get into the right headspace. I also can’t find a writing app that’s easy to collaborate over and doesn’t suck on mobile.