I’m Joel Kahn, Lifehacker Senior Video Producer, And This Is How I Work

Every week, we share the shortcuts, workspaces and productivity tips of our favourite experts. This week, we’re going behind the scenes at Lifehacker. I’m Joel Kahn, and this is how I work.

One word that best describes how you work: Controlled

I started working in branded content at Viacom. I started there as a post-production assistant, but by the time I left was a producer/editor. Then I was the senior producer at a branded content agency, where I made all sorts of videos for huge corporate clients, ranging from cooking to fashion to tech, and that eclecticism brought me here to run the video team at Lifehacker. I run everything having to do with video you see on this website. I come up with video ideas along with our other producers, write and edit scripts, schedule shoots, direct shoots, sometimes work the camera, put together our post-production and video publishing calendars, edit videos as needed, provide feedback on video edits, write posts with videos in them, and keep track of all video analytics on the site and on our social channels.

We’ll have a shoot 1-2 times per week (often in the studio in our office). So I will come in, check the recent videos on the site and YouTube and see if anything has a big spike in views. Then spend the morning working on scripts and scheduling and emails. If we shoot in the office, I try to schedule it for the afternoon so I can pick up props in the morning. Then we’ll set up for the shoot, film for about 2-3 hours, clean up and upload all the footage to our server.

Obviously Adobe Creative Suite, since we use Premiere to make all of our videos. We also have all the current projects on Airtable, which is a great way to keep track of what’s in pre-production, and what’s ready to be published. Then Google Docs to collaborate on editing scripts, and of course Slack, which our entire company is run on. 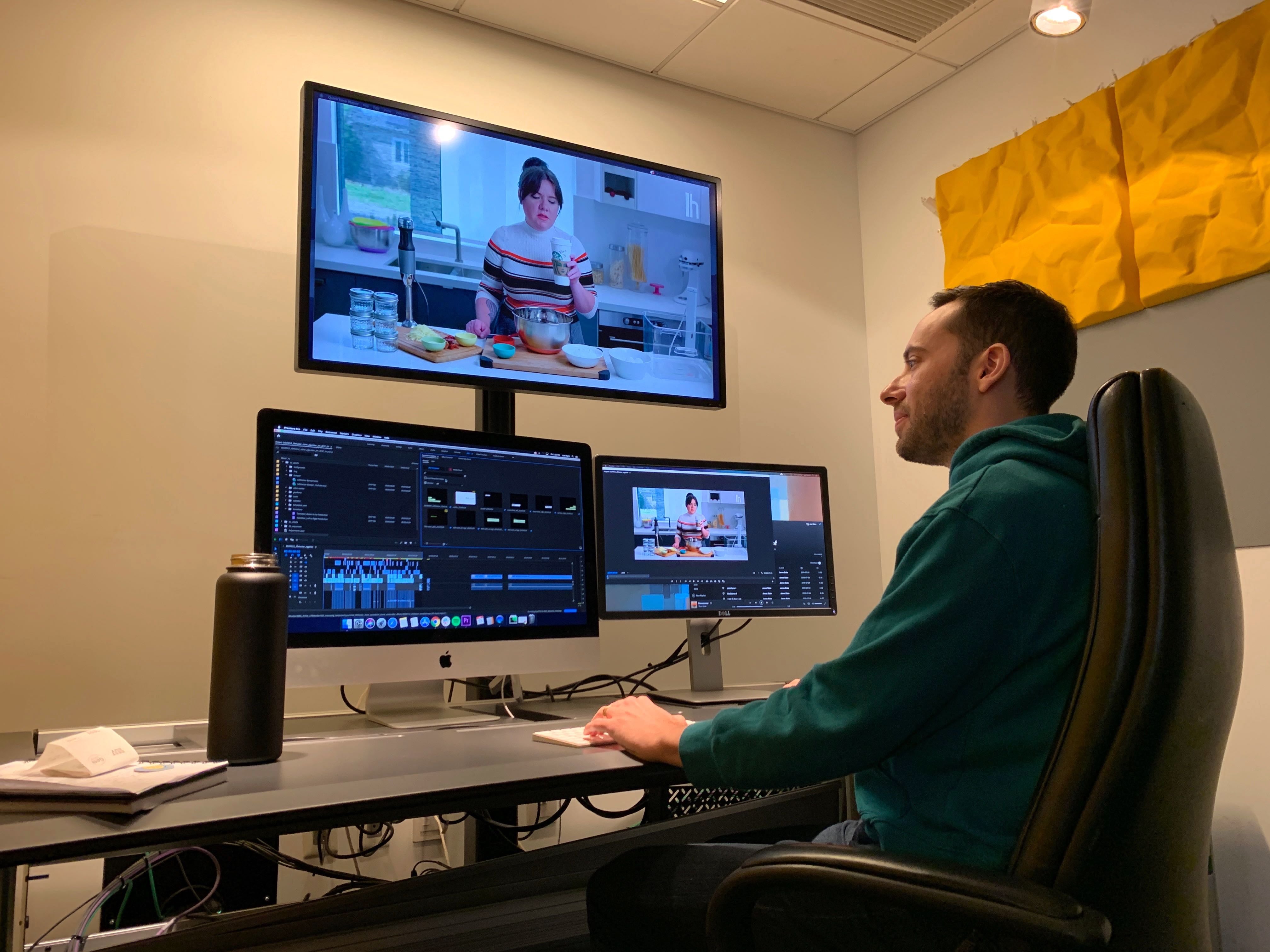 I have two (count ‘em two!) desks here. One is next to a window where I have a laptop set up with a monitor, for when I just need to review scripts and want to be near natural light/humans.

My other setup is in a windowless video editing cave that I share with a pile of t-shirts and prop skull we refer to as the “Death Hacker.” That has my desktop and two other monitors, a desk behind it, and a couch that is currently covered in props. This is what I use to edit videos, have meetings, take calls, and watch cuts.

On my desktop, I always have Slack, Spotify and Chrome (with our Airtable) open. And my Premiere window configuration is the result of years of tweaking.

This is very specific to the location of our office (and “How I Navigate Through Times Square” could be its own series), but I recently had an evening flight after work, and would have needed to leave for the airport right at rush hour. Instead of dealing with hours of traffic, I took the subway 3 stops, right into Queens, and then a $15 rideshare from the subway to the airport. Saved so much time and money! Definitely the ideal way to get out of Manhattan when you don’t have too much luggage. Our producers in New York are Heather and Abu, who handle editing and shooting projects, and Tahsin is our west coast producer, who writes scripts and oversees all those wonderful cooking videos with Claire.

I use a three-pronged approach. First, Airtable has all of our active projects on it. Just by running down the list, I can keep track of what each project needs to get done.

Then I have a notebook with me at all times that has a running to-do list.

Finally, if something is important (or needs to be done at a specific time) and I know I will forget, I’ll set a reminder on my phone. 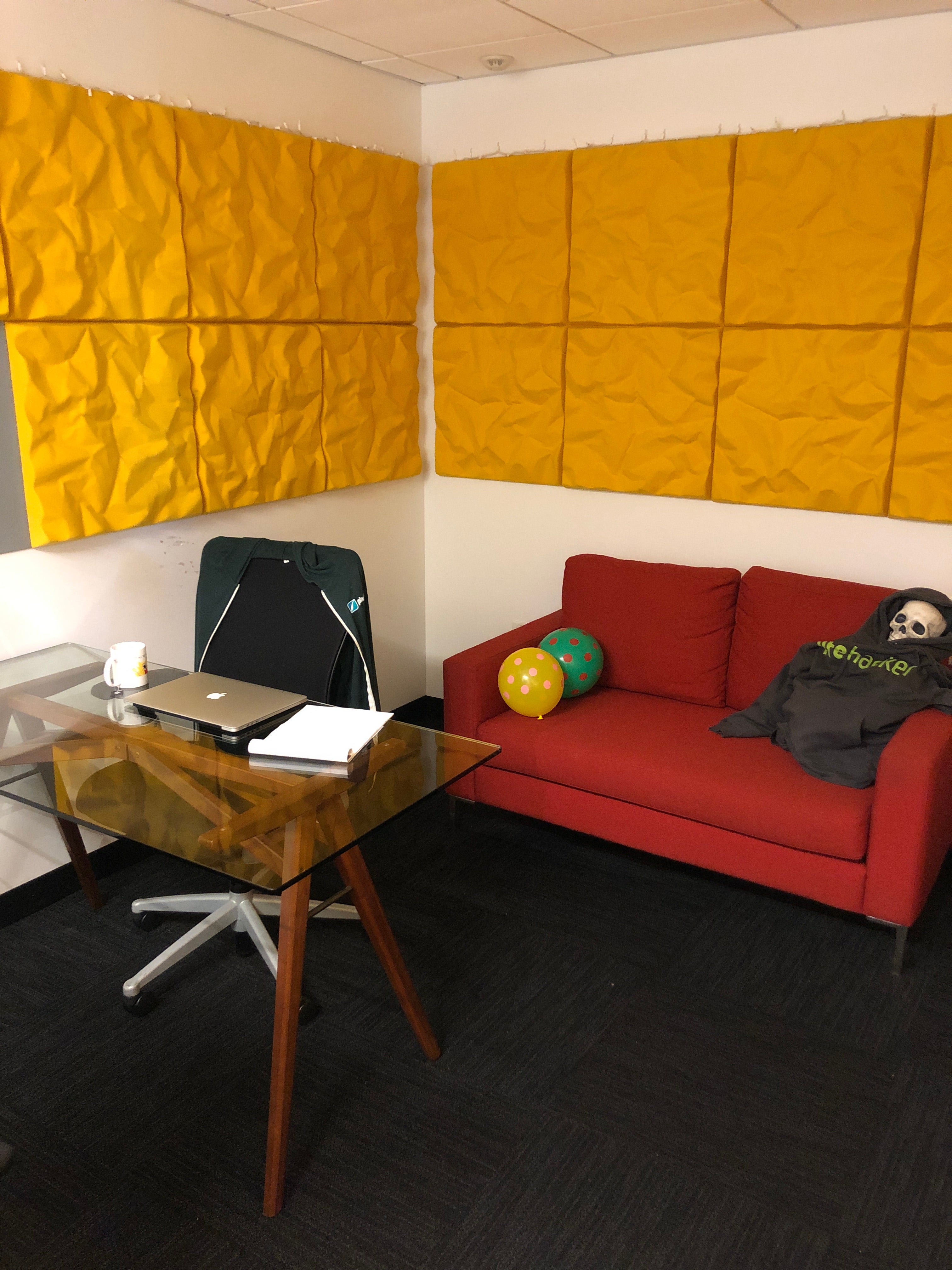 I have never “recharged.”

I am reading The Song Machine by John Seabrook, which is a look at how pop song writers have crafted certain hits. It is a great accompaniment to the podcast Hit Parade, which only comes out once a month and I am fully obsessed with.

As a fully insane person, I have my Spotify meticulously organised. I have ten separate playlists of everything I have enjoyed from every year of this decade (about 500 songs each), and recently aggregated them into an 80-hour long playlist of my 100 favourite albums of the past decade. So I just cycle through those while I work.

How to know what videos you all want to watch.