I’m Abu Zafar, Lifehacker Video Producer, And This Is How I Work

Every week, we share the shortcuts, workspaces, and productivity tips of our favourite experts. This week, we’re going behind the scenes at Lifehacker. I’m Abu Zafar, and this is how I work.

One word that best describes how you work: Feverishly

I went to school for journalism in Ohio. I worked four jobs during school, produced and hosted a show about local politics on the school’s television station, launched a Key and Peele-style sketch comedy show that ran for 3 seasons, led the entire entertainment programming department at the station, and skipped a lot of classes to do these things. I think I also started a short-lived podcast in there somewhere too. Eventually, I decided I hated Ohio and promptly moved to New York after graduation.

Once I arrived in New York, I left my retail job at Apple as quickly as I could to jump into the media world. I got my foot in the door at Mic, where I took a job cleaning, repairing and managing video equipment. I hustled and began producing Mic’s daily news podcast, assisting with shoots and edits on the video team, and I eventually worked my way up to a video shooter/editor position.

From there, I made the jump to a video producer position here at Lifehacker.

I research, pitch, schedule, shoot, edit and host videos for Lifehacker. In short, my job is to produce videos from start to finish that fit the Lifehacker brand and appeal to our audience.

I try to get in to work around 8:30 – 9 am. I don’t really have a morning routine, and my days depend entirely on what my next deadline is. Some days are spent just editing a video. Other days there might a shoot, or I might be scheduling or scripting an upcoming video.

Google Calendar and Todoist run my life and make sure I get edits done on time, but also remember to eat and do laundry. Listening to podcasts on Pocket Casts keeps me sane during my commutes.

Besides my phone and laptop, the only gadget I absolutely couldn’t live without is my Nintendo Switch. I used to be a big gamer growing up, but basically stopped gaming when I went to college. Treating myself to a Switch for my birthday last year has gotten me back into gaming and it’s been a delight diving back into a hobby I used to love so much. 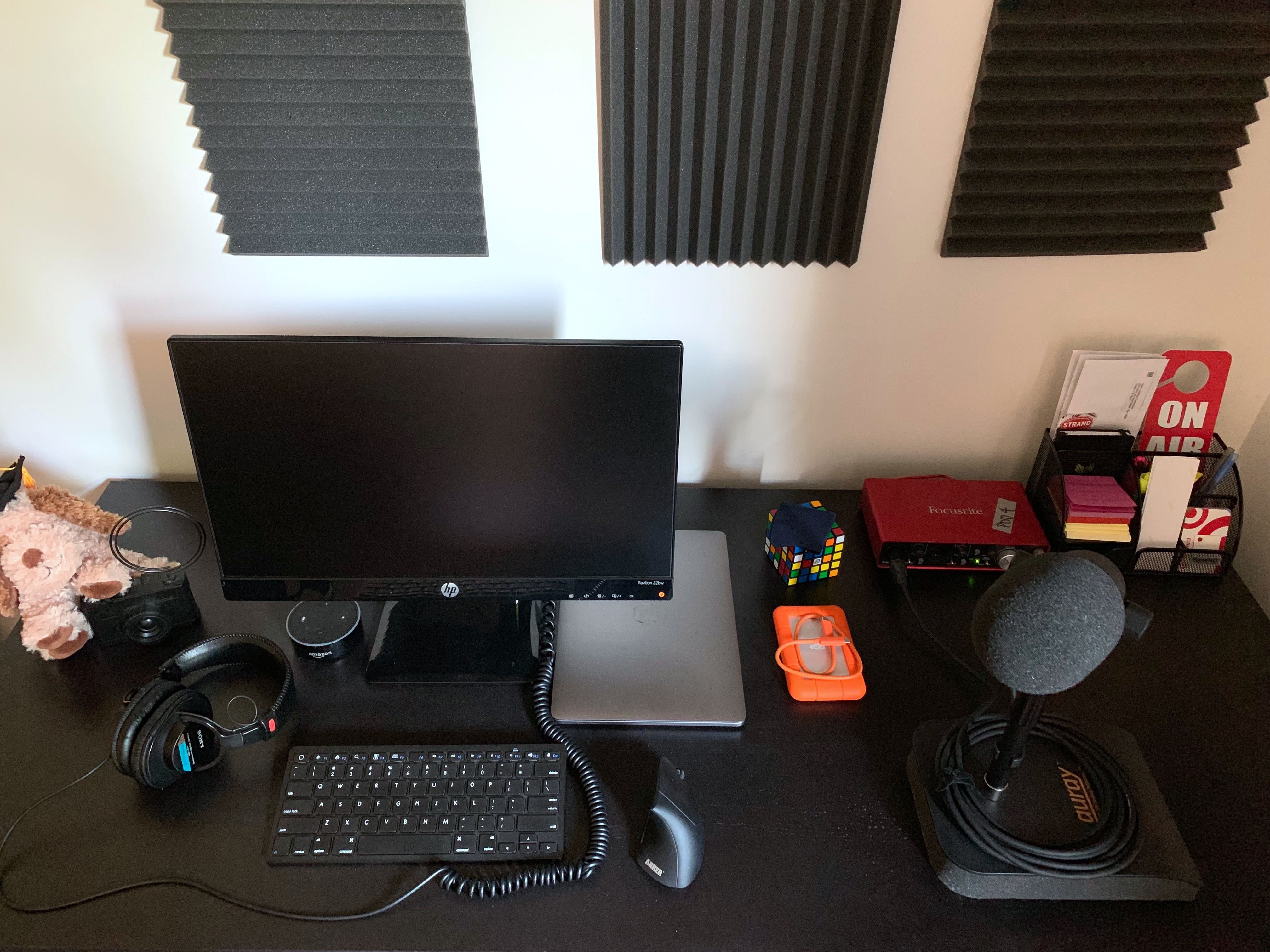 The poor man’s tech YouTuber setup. I aspire to have a sleek, minimalist workspace with perfectly managed cables, an unnecessarily high-resolution monitor (mounted on a swivel arm, of course) and LED lighting that automatically changes colour to match my mood. Instead I have an old monitor from college, a lamp that illuminates just 28 per cent of my room, and the only thing that swivels is my chair. My cables are actually managed really well though.

We have a small three-person video team at work and I rely on my two colleagues for everything. Our skills complement each other well, and I’ve learned lots of new things from them. Our senior producer Joel is an organisation and logistics whiz. My fellow producer Heather does amazing animation work.

Luckily, no one dies if I do my job wrong. So I try not to take things too seriously. But mistakes happen, and I try to deal with all the same way I’d deal with any conflict in my life: communicate openly and honestly with everyone involved, don’t dwell on the mistake, and find a path forward.

I’ll fire up my Nintendo Switch, put on a podcast, and chill. Currently I’m playing Civilization 6 and catching up on old episodes of Conan O’Brien Needs a Friend. Alexander the Great just declared war on me for the third time and the episode with Jeff Goldblum was equal parts delightful and uncomfortable. 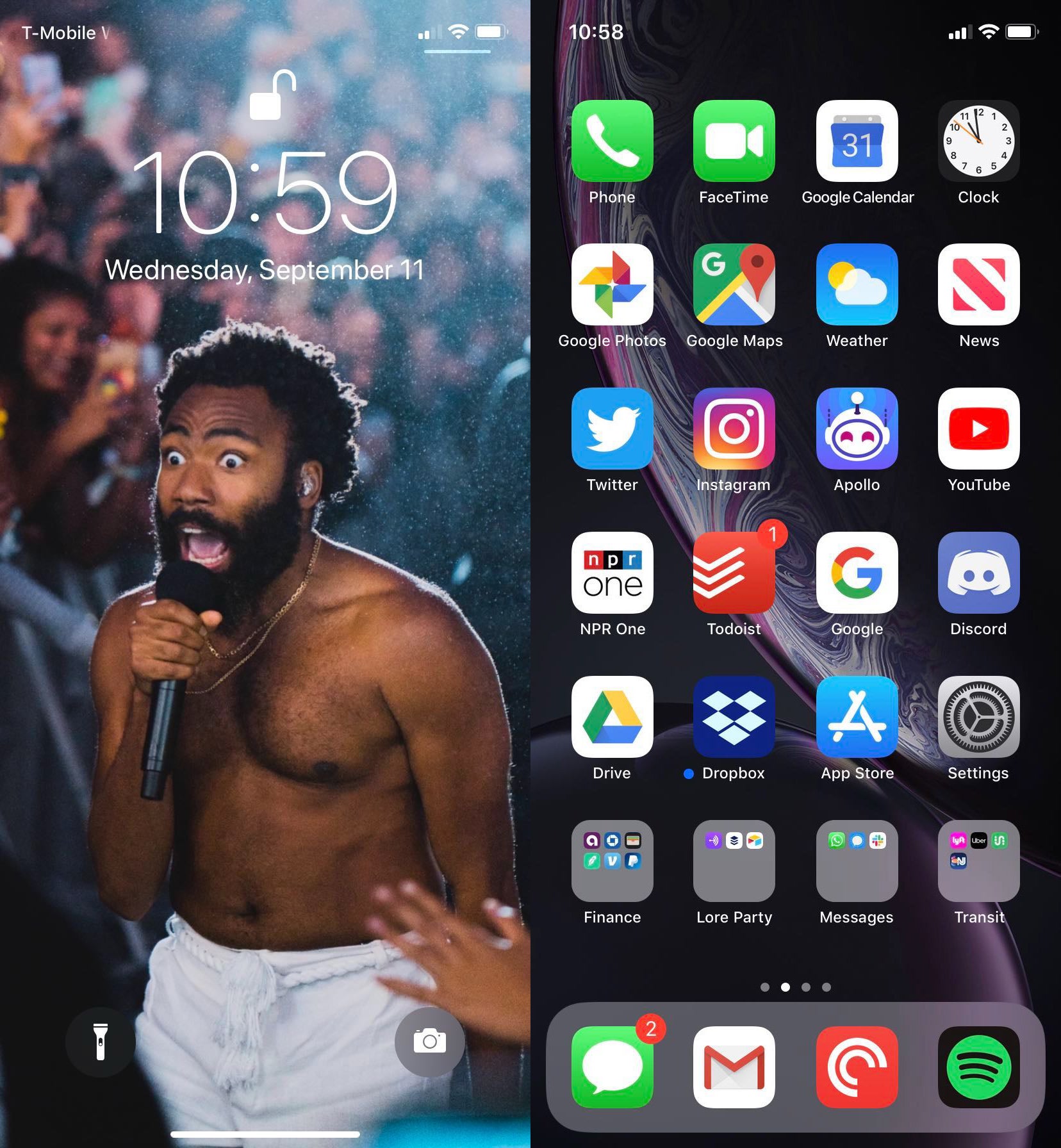 Last year, I launched a podcast network dedicated to celebrating video game storytelling. We have three podcasts on the Lore Party Podcast Network and our flagship podcast, Lore Party, has over 100 episodes. Managing the 15-person team and running the podcasts day in and day out has been one of the most rewarding projects of my life.

I’m currently re-reading the Witcher series in preparation for the upcoming Netflix show. I recently finished a biography of Saladin, the legendary leader of the Muslims during the Crusades. I’m also reading a book about the French Revolution because history is wild folks, and we should all be prepared to take down the aristocracy if things go south in 2020.

I don’t really listen to music. When I do, it’s only Childish Gambino or Logic.

Whether I want a corgi or a golden doodle.