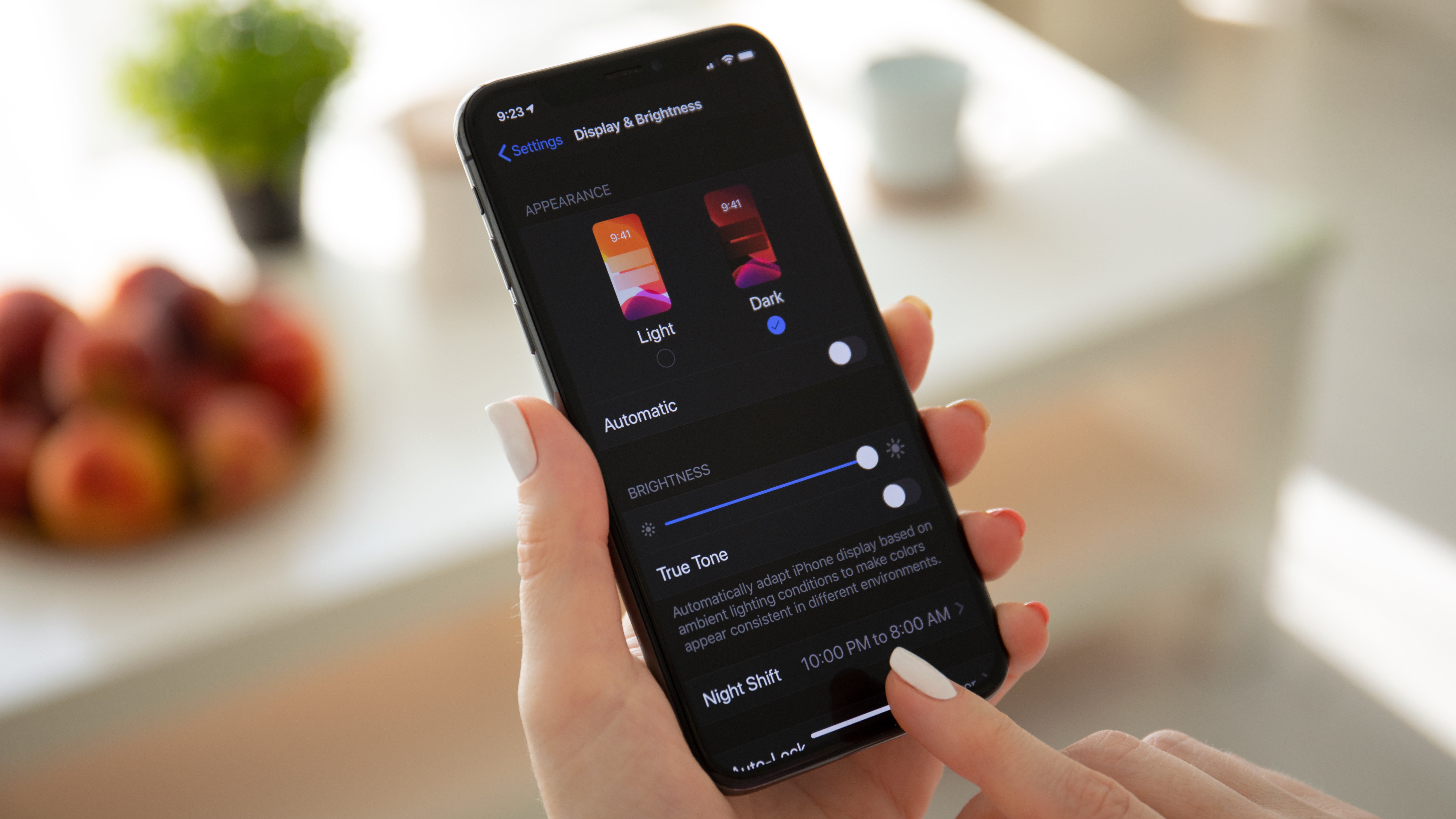 It’s been a few days since iOS 13 arrived and brought its system-wide dark theme to iPhones, and already the list of apps that support the new dark UI has expanded beyond the initial batch. While more apps have been updated to support iOS 13’s system-wide dark mode, there are still plenty of holdouts. No one likes being blinded by an app with bright UI elements while using dark mode — but luckily, you can force all apps to use an ersatz “dark mode” even if they don’t officially have one by using the iOS 13’s “Smart Invert” setting.

Smart Invert is an iOS accessibility option that inverts the colours of your device’s screen. Unlike the “Classic Invert” setting — which makes everything look like a photo negative — iOS 13’s smart invert only applies to certain apps and UI elements rather than the whole screen and leaves important icons, images, and text (mostly) unchanged.

This means that if an app has a brightly coloured interface, smart invert will change it to a darker colour, while apps that already have a dark mode theme applied will remain untouched — unless a part of the app’s dark mode interface is white/brightly-coloured, in which case that, too, will be made even darker.

Smart Invert has been present in previous iterations of iOS, but results were inconsistent between apps in those older versions. However, now that iOS has an official dark mode setting, smart invert works much better and can help maintain the “dark mode” aesthetic across all your apps. 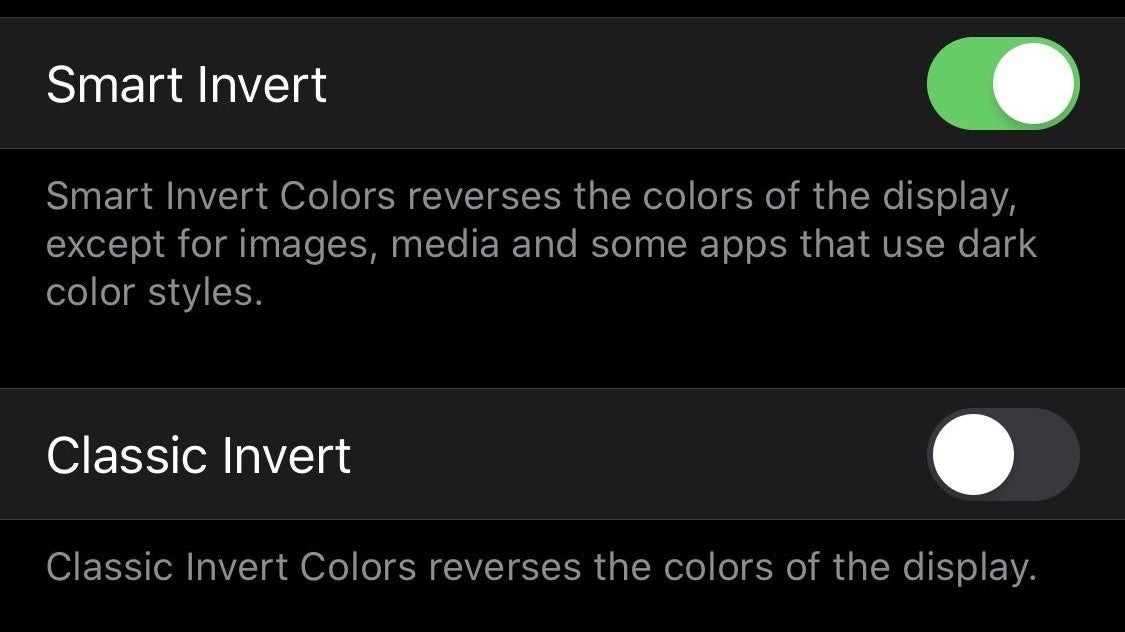 To turn on Smart Invert, go to Settings > Accessibility > Display & Text Size, then scroll down and turn on “Smart Invert.”

Again, Smart Invert tries to be “smart” about the colours it changes, but some apps may end up looking strange or become difficult to use if certain colours were changed (or weren’t changed, in some cases). If you have any issues, simply turn off Smart Invert, restart the app in question, and things should go back to normal.

You can try using the “Auto-Brightness” and “Reduce Whitepoint” settings under Settings > Accessibility > Display & Text Size to make brighter colours less glaring as well. Sure, these settings are not always perfect, but they make decent workarounds while we wait for all our favourite apps to adopt a dark mode.