We all have an uncle or mate who, despite being provided with countless evidence, still isn't so sure the "whole climate change" thing is real. He just wants to keep his energy bill down and those damn hippies are making it worse.

While it's probably a good idea to just leave them to their own devices while we all prepare for the climate apocalypse, it's also handy to have the cold, hard facts at your disposal so you can confidently say you did your best. Here are some undisputed facts about how climate change has affected Australia already.

In support of the Global Climate Strike — a week of action to demand climate justice, from September 20 to 27 — Pedestrian Group is doubling down on content that educates and empowers you to do your bit for our planet. Click here to learn more about the global movement fighting for our future. 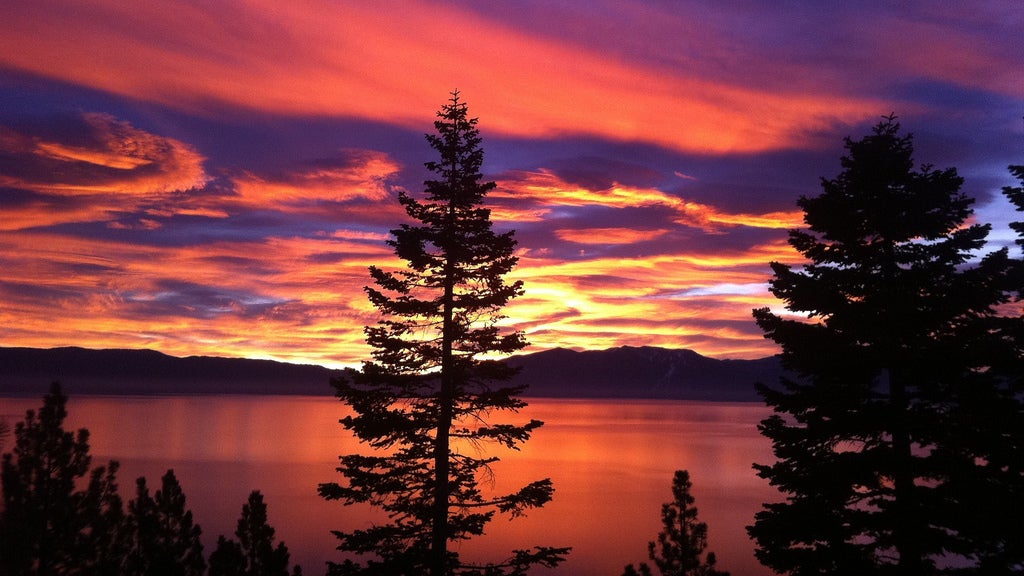 What You Can Actually Do To Fight Climate Change, According To Science

There's no doubt that if we're going to stop or even slow down climate change, we have to get our collective crap together. But collective action starts with individual choices, and for all the data-driven decision makers out there, the path forward just got a bit more lucid. A new study in Environmental Research Letters has determined exactly which life choices reduce our carbon footprints the most.

Australia is getting hotter

Since 1910, Australia's climate has gotten one degree warmer on average, as outlined in the Bureau of Meteorology (BOM) and CSIRO's State of the Climate 2018 report. Additionally, the report also outlined Australia's waters have increased by one degree during this time.

One degree may sound small but it's enough to set a whole range of flow-on effects in motion. A hotter average temperature means more water is evaporated, climate areas shift geographic location (more on that later), and bushfires and other extreme weather events are more likely. A graph provided by BOM shows that temperature anomalies have been rising steadily over the past five decades.

Australia recorded its hottest summer ever over the 2018 - 2019 period with 2.1 degrees above the average. But it wasn't a one-off. The last nine out of ten summers going back to 2008 have been hotter than the average.

So, why is Australia getting hotter?

The rise in temperature is attributed to greenhouse gases, which capture heat within the Earth's Ozone layer and, in turn, warm the Earth's atmosphere, according to NASA. Greenhouse gases, such as water vapor, occur naturally and are often converted into clouds and rain, sometimes referred to as a 'feedback'. The bad Greenhouse gases are the ones that don't leave the atmosphere quickly and hold onto heat absorbed from the Sun. Gases like Carbon dioxide and methane take up a much smaller part of the atmosphere than water vapor but their impact contributes greatly to the planet's warming.

The main source of methane gas in the atmosphere comes from farming cows, drilling and refining crude oil as well as landfills. For carbon dioxide, it's the burning of fossil fuels, like coal, to generate electricity as well as transportation pollution.

These activities contribute to a greater amount of Greenhouse gases, which, in turn, traps more heat and makes the climate warmer. That's why Australia, and the rest of the world, is getting warmer. Yes, some weather events, like droughts and heat waves, do occur naturally but the effects of global warming further amplifies their severity.

NASA has provided a simple GIF to give you the TL;DR.

A flow-on effect of everything getting hotter is things that were once ice begin to melt and become water. This has happened in both the North Pole and Antarctica meaning the Earth's water level has risen with additional fresh water from melting ice caps. But there's another feature of salt water that's complicating things further. As sea water heats up, it expands and the only place it has to expand to is over land. That means coastal cities, like many of Australia's, will need to accommodate for the water lapping up at their feet in mere decades.

So, how much exactly has it risen by?

While the sea level rise around Australia varies, globally, it's risen more than 20cm since 1880, according to CSIRO. And since 1993, the world's sea levels have been rising at a steady rate of 3.2 cm per decade.

Australia naturally goes through a period of drought, thanks to the El Niño and La Niña effect. That weather pattern means Australia receives either a lot of rainfall or less than usual for years on end.

But there's also a worrying trend of certain areas in Australia not meeting the average rainfall expectations.

Since 1999, 17 of the last 20 April to October periods in southern Australia have received below-average rainfall. This trend is most evident in south-eastern Australia and south-western Australia. The report doesn't suggest this is a direct effect of climate change but it suggests it "can have a significant influence on the frequency, magnitude and impact of some types of compound events." That means droughts too.

Bushfires are getting more frequent

With hotter and drier weather, bushfires will become a more frequent event in Australia. According to the State of the Climate 2018 report, rainfall has declined in the south-eastern areas of the country like Victoria and Tasmania. Conversely, the top and western areas of Australia have received some of their highest rainfall on record in recent years. Combined with hotter weather, areas affected by lower rainfall will be more susceptible to extreme bushfires.

The report also outlines there's been an increase in extreme fire weather days since the 1950s but to make matters worse, the length of those seasons has also increased.

It's in the name but climate change is changing our temperate zones. Australia has distinct climate zones from alpine to desert-like conditions and as temperatures get warmer, people, flora and fauna will have to adapt, move to a cooler zone or risk becoming extinct. The reality is, unlike most humans, plants and animals don't always have the option of simply packing up shop and moving to Tasmania. Instead, it's likely those ecosystems will change drastically, with crucial species dying out, and it's not for the better.

And where should affected humans move?

If the sea levels are rising, coastal locations are out and with the increased risk of bush fires, avoiding dry bushland seems like a good idea. Finding that sweet spot will only become increasingly difficult if we continue to allow global warming to occur.

It's a bleak future out there and if Australia doesn't make any effective change at a policy level by 2030, things aren't looking great for the future. Hopefully, Scott Morrison reconsiders his position because the kids won't be alright.

Misinformation and lies are regularly used to undermine the science of climate change – here's how to see through the fog.