Cheeseburger Faceoff: Which US Chain Is The Tastiest?

If you ever end up in the US for a holiday or work, it pays to try one of their iconic cheeseburgers. After all, when it comes to classic American food, the cheeseburger occupy a very special position, right up there with hot dogs and apple pie.

But which US fast food franchise offers the best-tasting version? We tried four famous examples.

In terms of flavor, ingredient quality, and overall satisfaction, can any of these quickie burgers really stand up to their exalted reputations? To determine the best cheeseburger, we sampled four from some of America’s leading burger joints; namely Burger King, Wendy’s, McDonald’s and Five Guys. We’ll start with the fast-food chain so confident in its burgers that they chose to put that food item right in the name. The Burger King cheeseburger, priced at US$1.99, includes a “flame-broiled” patty, a slice of American cheese, two dill pickle chips, and a healthy swirl of ketchup.

Having not tried a Burger King burger in over a decade, I was (not-unpleasantly) surprised to discover that the “flame-broiled” patty does, in fact, have some smokiness in the flavor.

The burger’s bun, however, pushed itself to the forefront and took over the entire eating experience. Burger King uses sesame-seed buns, which are a great idea … in theory. In actuality, in my opinion, the somewhat spongy bread made for a challenging mouth feel while also dampening the effect of the other ingredients. 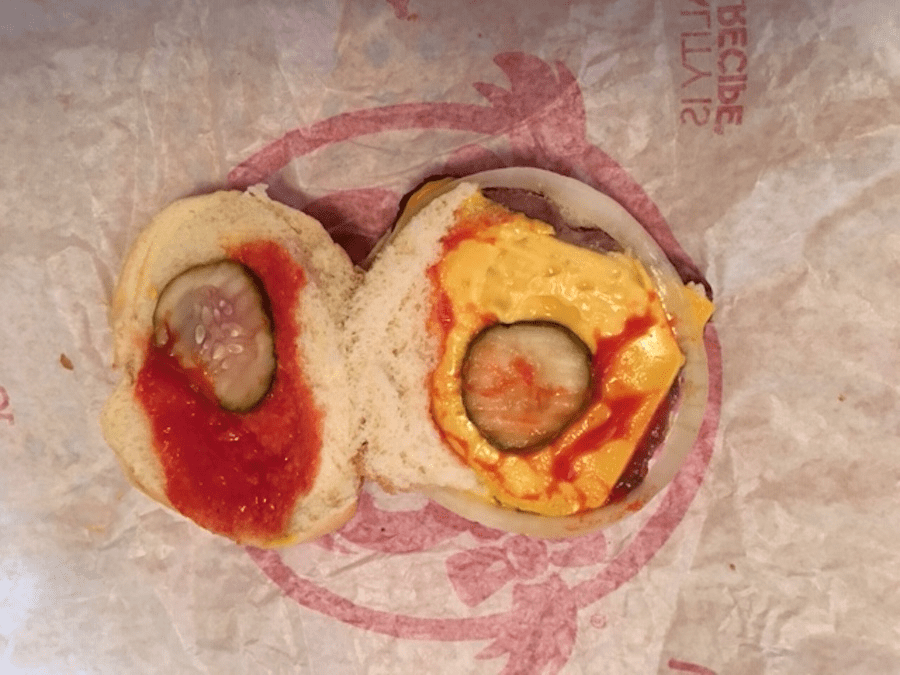 The Wendy’s Jr. cheeseburger can be purchased for just US$1.49, making it the cheapest burger I purchased. And for less than a buck-fifty, you could do a lot worse in terms of flavor. I’m a sucker for the classic Wendy’s square-shaped beef patty, and the cheeseburger keeps it simple in terms of toppings; you’ll just get a slice of American cheese, ketchup, dill pickle chips, and a ring of onion.

Like the cheese used at Burger King, the cheese at Wendy’s doesn’t boast much flavor of any kind beyond a slightly salty kick, in my opinion. The ketchup on Wendy’s burger brings a pleasant sweetness, and the round onion sliver and the pickles add textural contrast and an acidic brightness.

Overall, this is a crushable burger. 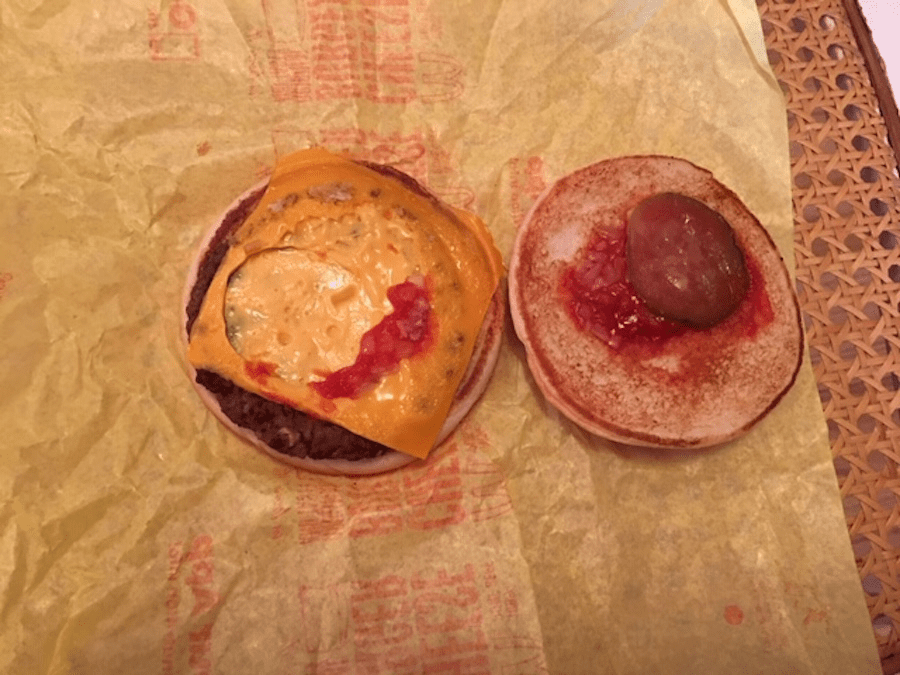 This compact burger was my childhood go-to treat and the most familiar to Australians. Although I hadn’t sampled one in many years, I imagined that returning to this cheeseburger paradise for this story would make for a lovely trip down memory lane.

Even setting nostalgia aside, the McDonald’s cheeseburger is a solid pick. It has the well-done patties, pickle chips, mild cheese, and squishy buns so popular among fast-food burgers, but McDonald’s has two things working majorly in its favor: its ketchup and its onions. McDonald’s ketchup possesses a unique flavor profile and texture that sets it apart from other versions; in my opinion, it’s slightly tangier.

As for its onions, McDonald’s uses diced onions rather than sliced ones, which brings that sharp onion funk to every single bite. This is a massive benefit, giving the McDonald’s burger more personality than its closest competitors. 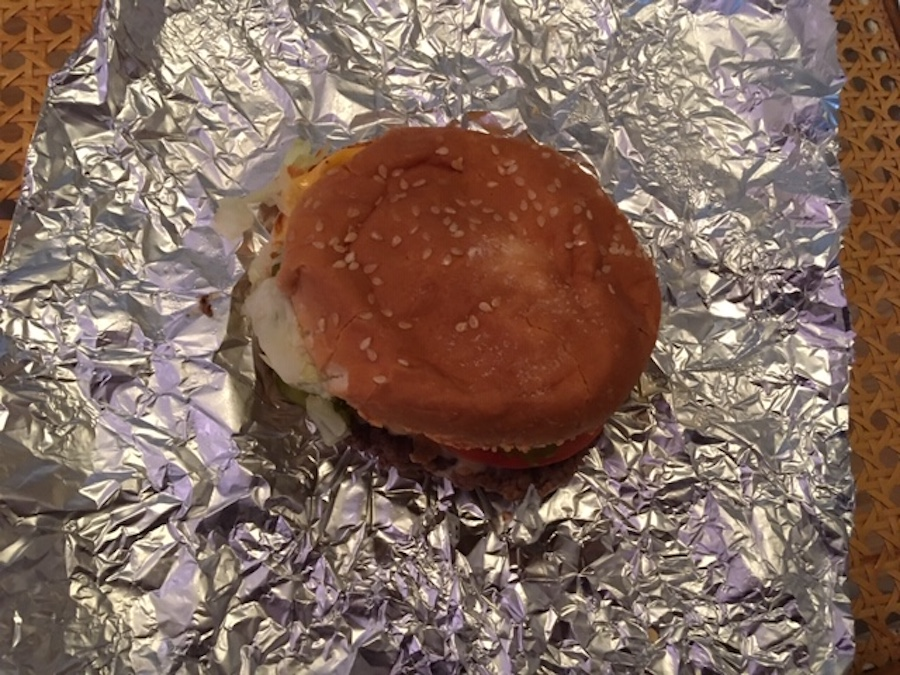 There’s a lot that distinguishes the Five Guys Cheeseburger from the other sandwiches in this taste test. First, Five Guys isn’t really a “fast-food” burger joint. Instead, it straddles the line between fast food and “fast casual.”

Everything’s made fresh, you can customize your burgers with numerous veggies, condiments, and other add-ons, and the price point – my simple single-patty cheeseburger with lettuce, tomato, and pickles set me back US$7.15 – puts it in a different category than the under $2 versions at Burger King, Wendy’s, and McDonald’s.

The Five Guys cheeseburger has honest, unconditional foodie cred. The freshly-grilled patty packed plenty of umami and a welcome hint of smoke, the cheese had a strong taste, the tomatoes were juicy, the lettuce crunched when we bit into it, and the ketchup and pickles brightened the other flavors rather than overwhelming them.

After trying the four cheeseburgers, I decided Five Guys was the best and worth its higher price tag. It’s a quality burger at a relatively-gentle price, and it’s the one I’d actively seek out for future noshing.