Build A Motorcycle From The Scraps Laying Around Your Garage 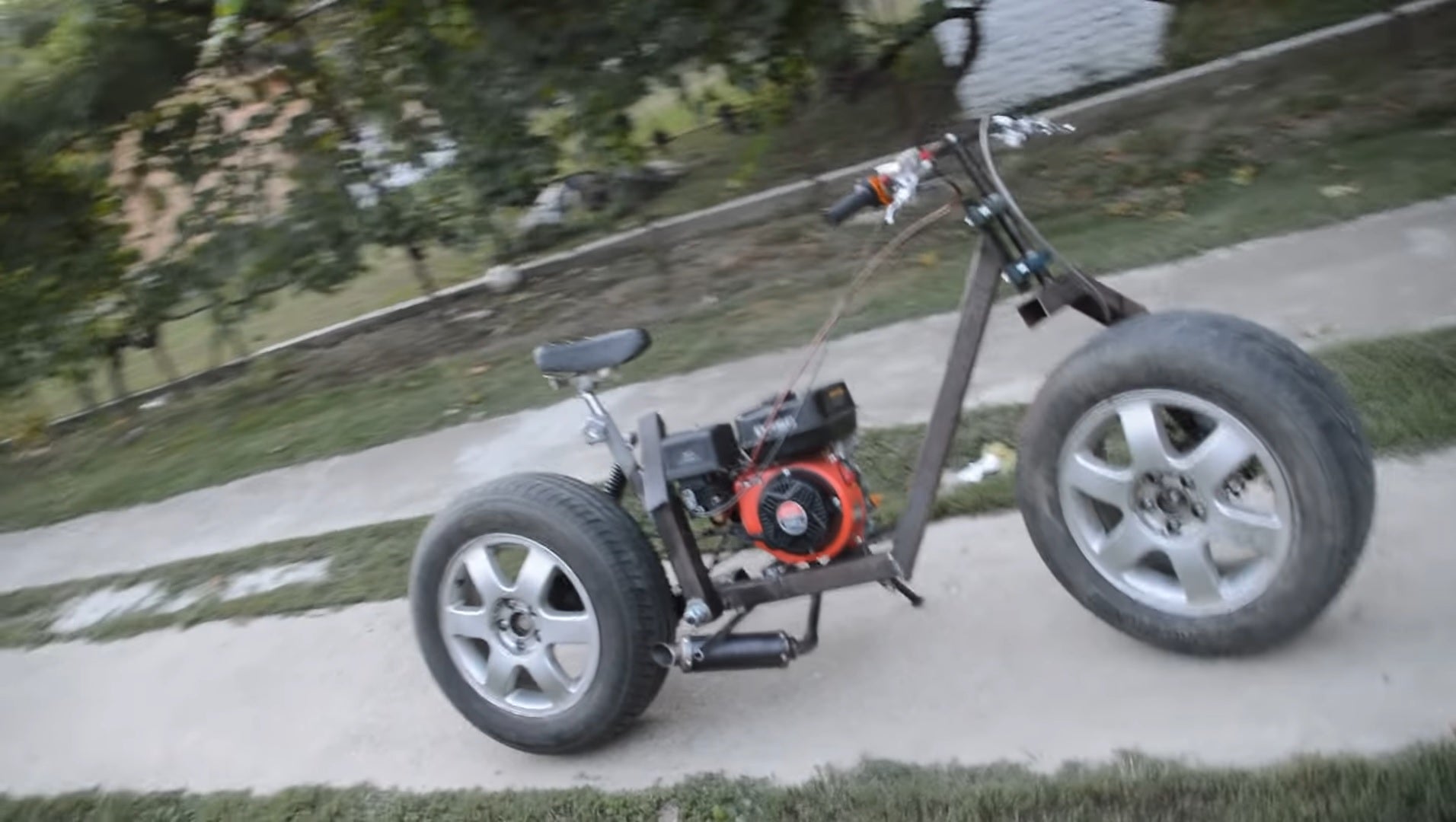 There comes a sense of pride unlike any other when you manage to build something awesome from scratch in your garage. This “motorcycle” started as a pile of scrap steel, some bearings, an industrial engine, a set of car wheels, and a bike seat. Using some craftiness and ingenuity, this Doctor DS guy managed to become a motorcycle manufacturer, using nothing but a pile of largely useless scrap.

Sure, there are a number of things that could be described as “wrong” on this motorcycle. For example, the brake rotors and rear sprocket cannot be changed as they’re welded to the axle shafts. Some of the welds are lacklustre. The chain is just hanging out, looking to eat some pant legs. The rear brake hydraulic hose looks like it could get caught on any random car mirror as you pass. And oh my word that exhaust pipe is something else.

In other words, it’s sketchy as hell, and I love it.

With some proper motorcycle wheels, some kind of chain guard, and routing the throttle and brake along the frame where they should be, and this little homemade two-wheeler might actually be pretty good to ride around for a while.

The motor mounted on the frame is apparently a 208cc job, which should be more than enough power to move a human down the road at a reasonable clip. Comparable 208cc engines generally provide around 5.5 to 6 horsepower.

The best part of this video is the almost complete lack of spoken word. Instead of a “HEY GUYS, DON’T FORGET TO LIKE AND SUBSCRIBE” you just hear a bit of bed music and all of the grinding, filing, drilling, and welding you care to. It’s actually quite instructional, and has already filled my head with horribly bad ideas.

Check it out, it’s kind of a neat bike!