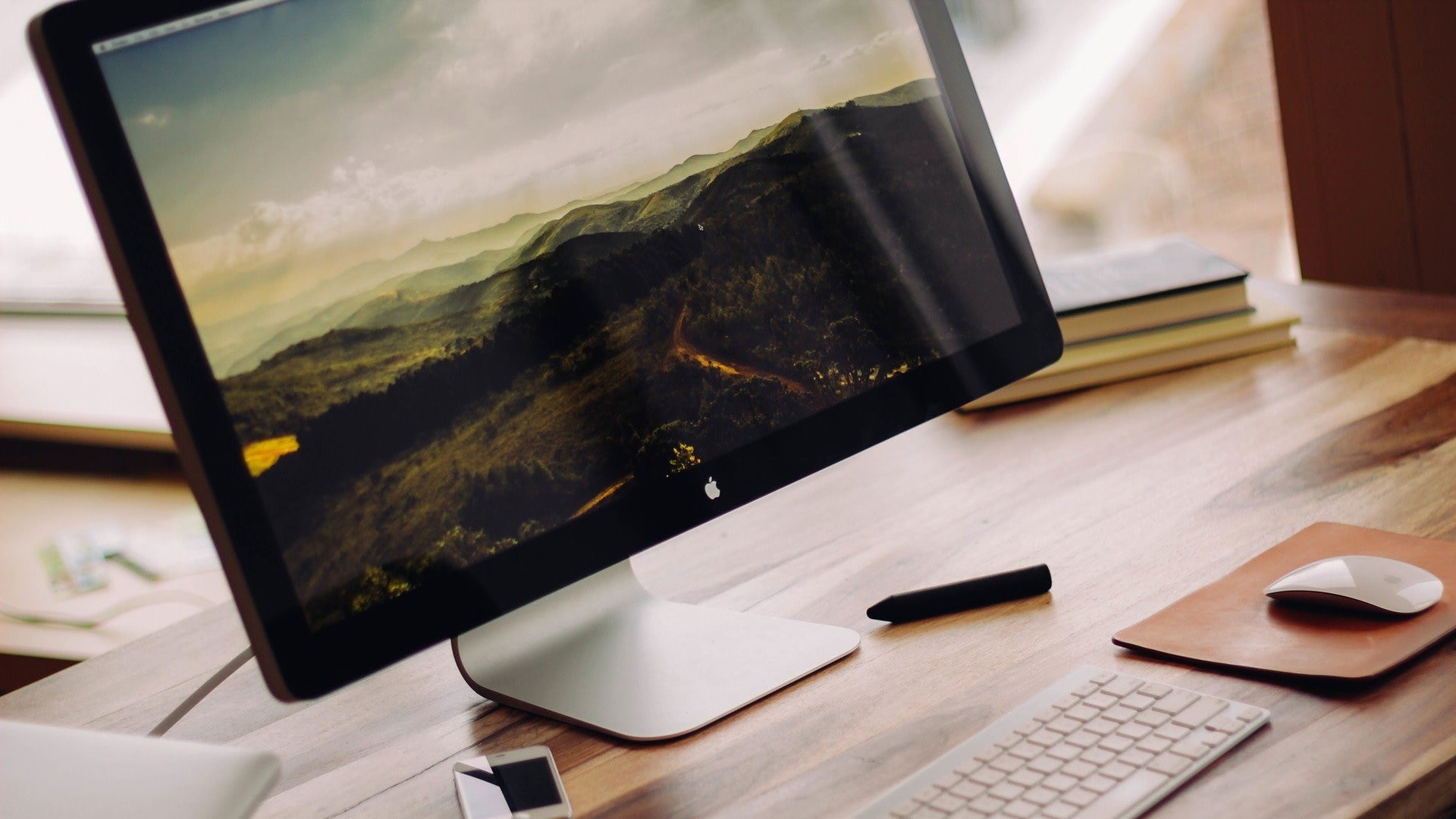 In today’s Ask Lifehacker column, we’re tackling one of the oldest and most common questions — we see it around the web, and are pestered about by friends and loved ones again and again: “My computer is slow and I don’t know how to make it faster again.”

OK, to Virginia’s credit, she did phrase it a bit more eloquently when she pinged me to get my opinion about her slow-as-molasses Mac. Here’s what she said:

“My 5-year-old Mac is sometimes so slow it can barely function. It’s clear there are junk applications and such cluttering up my system, but I’m not sure where to begin. What do I do?”

In fact, we were just having a similar debate in the Lifehacker Slack the other day—whether those “clean your system and make it faster!” apps you see advertised around the web are worth installing (sometimes) or are completely bogus (often).

As a Windows guy, my mind immediately goes to the “registry cleaners” and “memory optimizers” that promise you incredible performance gains if you only pay a one-time $US50 ($73) fee for a life-changing piece of software that turns out to be little more than junk science. (If you’re lucky, that is; the “cleaning” they run could actually muck up your Windows Registry and create even more problems for you than the slowdowns you were previously experiencing.)

I get nervous about recommending any kind of app that promises to polish your PC back to the perfect state it once was. To me, there are only two cleaning tools you ever need to consider: one that helps you find and delete older files you’ve forgotten about (or gigantic temporary files that still live on your system for whatever reason), and common sense.

On the Mac, Disk Inventory X is a great alternative to the Windows-based WinDirStat or WizTree that can help you figure out which folders and files are eating up the most space on your system. In my case, apps like these have helped me realise that I accidentally made an extra copy of a folder’s worth of multi-gigabyte files at some point—which I promptly deleted to free up some space on my primary SSD.

As for the “common sense” bit, I’m mainly referring to dedicating time to understanding what’s in your system and on your system. Here’s what I mean.

I’m a hardware guy, so the first thing I would think about when confronted with a slow Mac is to investigate whether my system is underpowered for whatever I’m trying to do with it. I’d first start with the memory. As a rule, 8GB of RAM is a great minimum to shoot for. You probably don’t need more than that unless you’re running a lot of demanding apps on your system.

You can check to see how much you have via your Mac’s System Information screen. Look for the “Memory” line on the first page, which should be pretty obvious:

While you’re here, take note of your Mac’s Model Identifier, Processor Name, and Processor Speed. If you have less than 8GB of memory, run a quick web search using this information to find out whether upgrading your Mac with more memory is something you could even do. (On some Mac models, Apple soldered components to the motherboard to make them much more difficult to remove and replace.)

There are also plenty of websites that can help out, like OWC’s handy “My Upgrades” tool. If you see an upgrade type listed—like memory—then you can reasonably upgrade it without much issue.

Beyond that, if your Mac is old enough to be rocking a hard drive instead of a solid-state drive, this upgrade is a no-brainer. You will absolutely see a performance boost if you move from spinning platters to small chips, and this is a great upgrade anyone can make for any desktop or laptop (that allows it) to get a performance boost.

It’s also possible your Mac might be having some kind of thermal issue. Make sure all of your system’s vents are free of gunk, dust, and debris. If you want to get wild, you can open up your system and attempt to clean any internal fans (or reapply thermal paste), but that’s probably beyond most people’s capabilities.

What about macOS itself?

If your Mac’s hardware is decent but your system still feels sluggish, you have a few options. First, and most obvious, is this question: Are you running the latest version of macOS? Upgrading to macOS Mojave (or, soon, Catalina) could give you a performance bump.

Next, take a look at the apps that launch with macOS by hitting up System Preferences > Users & Groups and clicking on the “Login Items” tab. You shouldn’t have a ton of applications here; if there are there too many, pruning the list could help you free up some system resources. 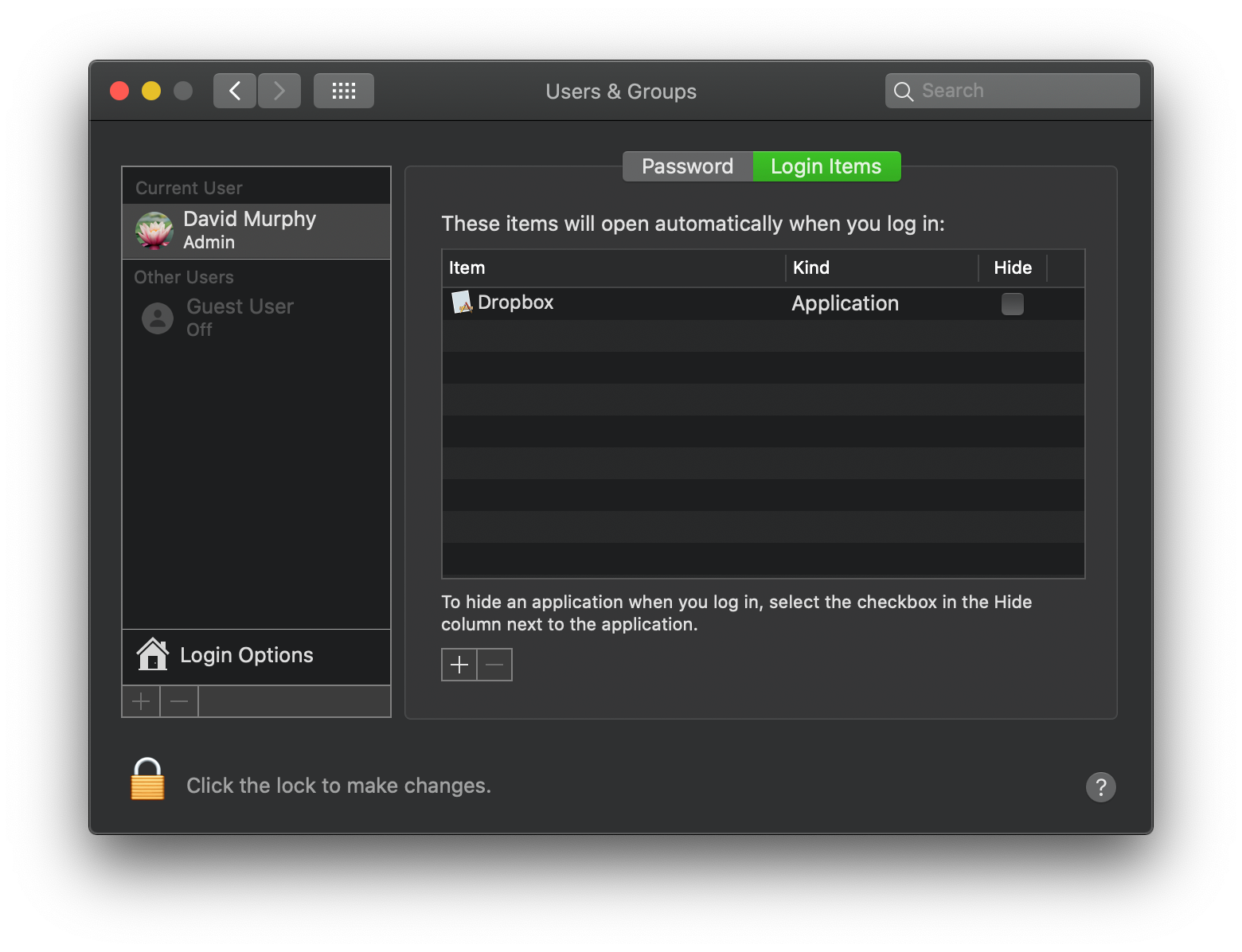 You can also try scanning your Mac’s drive to see if there are any irregularities that might be causing slowdowns. Pull up the Disk Utility app and run the “First Aid” option on your drive, which will check for errors and repair anything it finds. 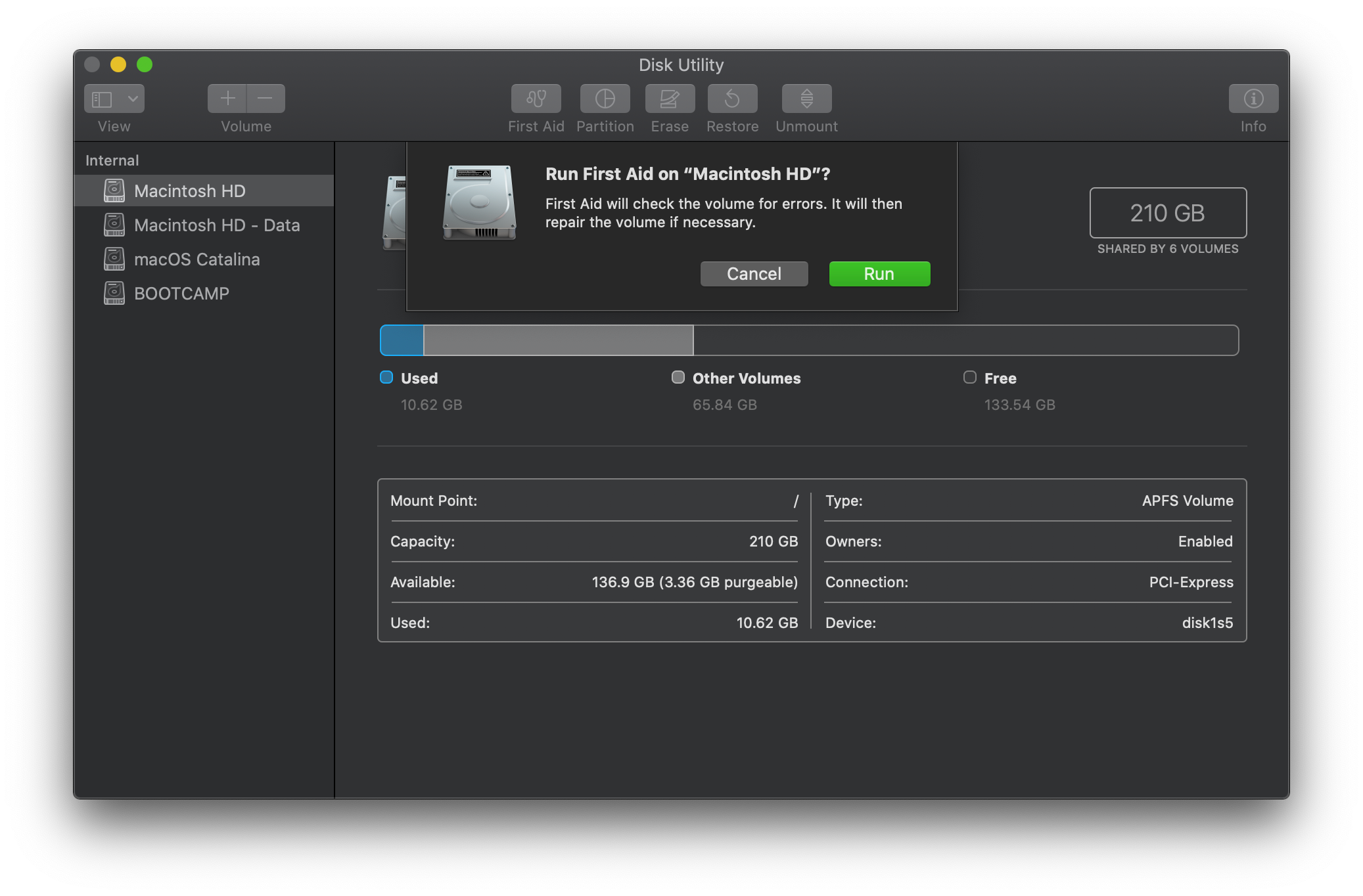 While this might not help you when you first boot up your system, you could also launch Activity Monitor to see if any processes might be tying up your processor (sort by “% CPU”) or memory (sort by “Memory’ on the Memory tab). If something looks out of place—perhaps a cloud synchronisation app is hogging a full gigabyte of memory, using 75 per cent of your processor, or doing something else that looks odd—updating or uninstalling/reinstalling that app might fix your issues. 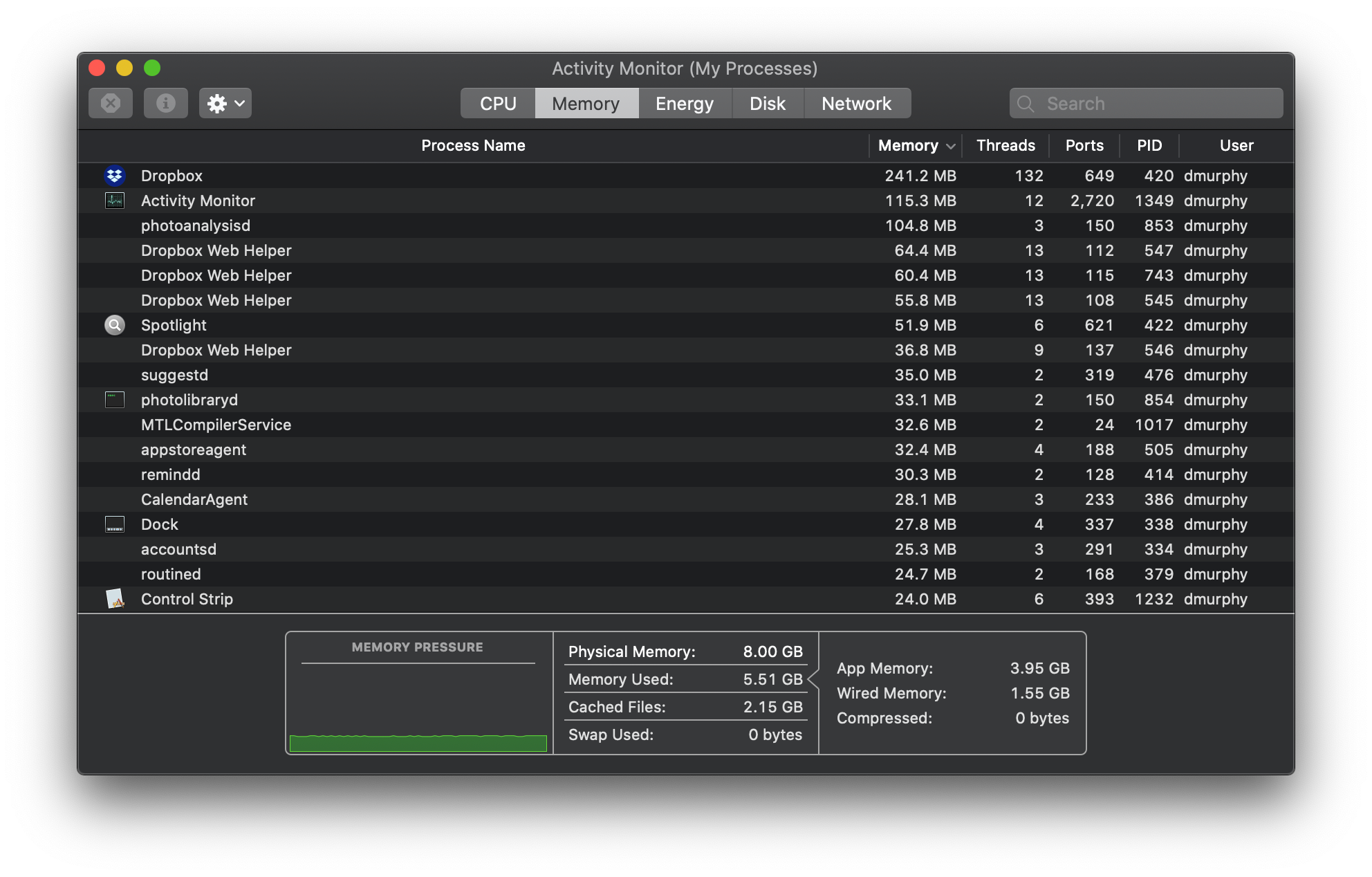 If the problem still hasn’t made itself known, your best best is to simply reinstall macOS from scratch. That sounds like a lot of work, but it’s really not that hard to do—at least, you’ll probably save time and actually boost your Mac’s performance instead of trying other obscure troubleshooting steps to try and correct issues you haven’t yet identified.

Before you get started, make sure you’ve backed up your Mac’s critical files via Time Machine, iCloud, or whatever other storage service or backup technique you use. Since we’re reinstalling macOS, you don’t need to worry about saving your entire drive’s worth of contents. Only save the data you wouldn’t otherwise be able to reinstall, like your documents or media you haven’t already saved to the cloud, et cetera.

If you’re forgetful, don’t forget to take and save screenshots of your Mac’s list of installed apps so you can easily reinstall them and get your system back to the way it was. The same is true for any super-critical settings you don’t want to have to look up later, like login details for your company’s VPN (or whatnot).

When you’re ready to reinstall macOS, reboot your system and hold down the Command+R key. This will boot your Mac into its recovery mode and allow you to install the latest operating system that was previously installed on your Mac. (If you’re looking to upgrade to the latest version of macOS you haven’t yet installed, hold down Option+Command+R instead.) 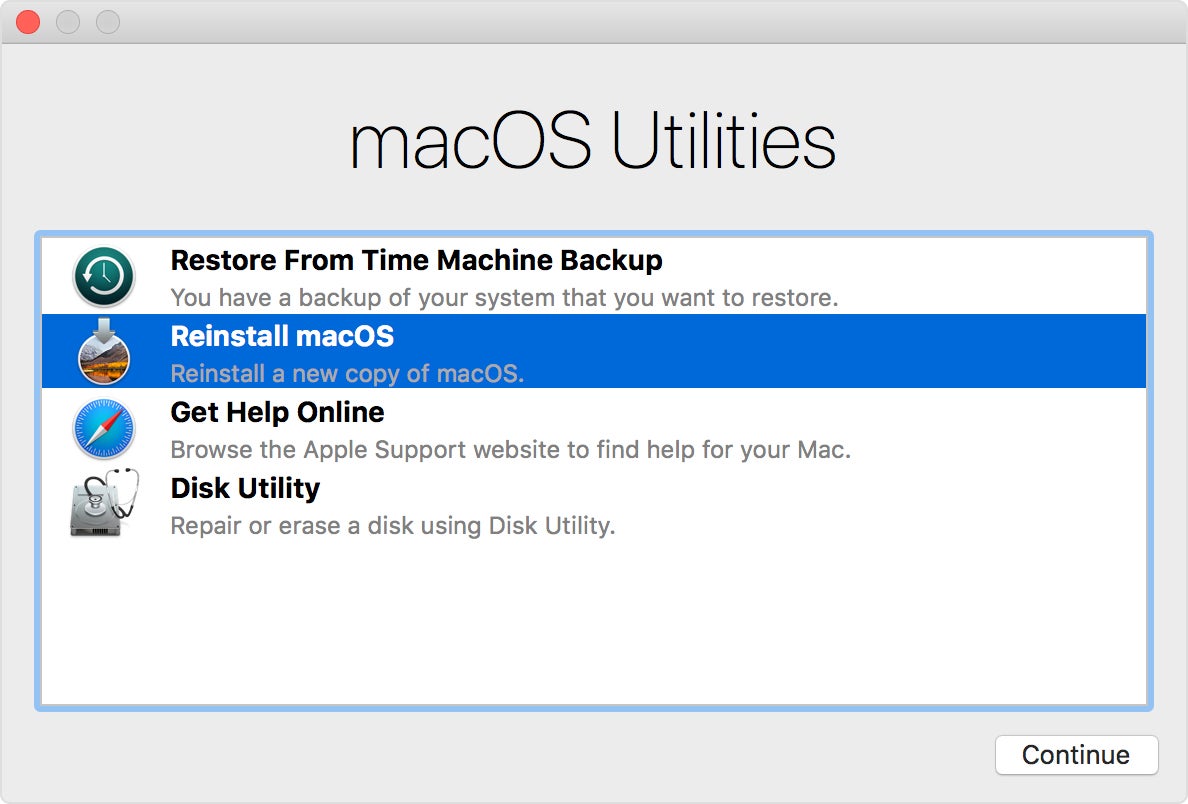 From there, select the “Reinstall macOS” option and proceed through all the prompts. It’s easy. Once you’re done, you’ll go through the brief, initial setup screens for macOS, and you can then get started reinstalling all of your apps and reconnecting all of your accounts.

Hopefully, after all that, your Mac feels a bit peppier. If not, a hardware upgrade is going to be your best bet—or perhaps a new Mac entirely.