The Case For Savoury Whipped Cream

Heavy cream, in its liquid form, is a fairly neutral ingredient that can be added to sweet or savoury dishes, to bring luxurious texture, rich mouthfeel, and glorious fat. But for some reason, once you whip it, it gets restricted to dessert applications, even though there is no real reason for it.

Reserving whipped cream for desserts and desserts only is dumb. Soft mountains of fluffy whipped cream can — and should! — be used in salty dishes. Have you ever wanted to add a hit of pure creamy goodness to a dish, but also didn’t want to get your food wet? Savoury whipped cream is the answer.

To open up your mind to the possibilities, just think of it like a more restrained creme fraiche or a whisper of burrata, which is literally what it is. Dollop it into bowls of soup, onto cured fish canapés, and atop fresh tomato salads (or just dip a cherry tomato in it). 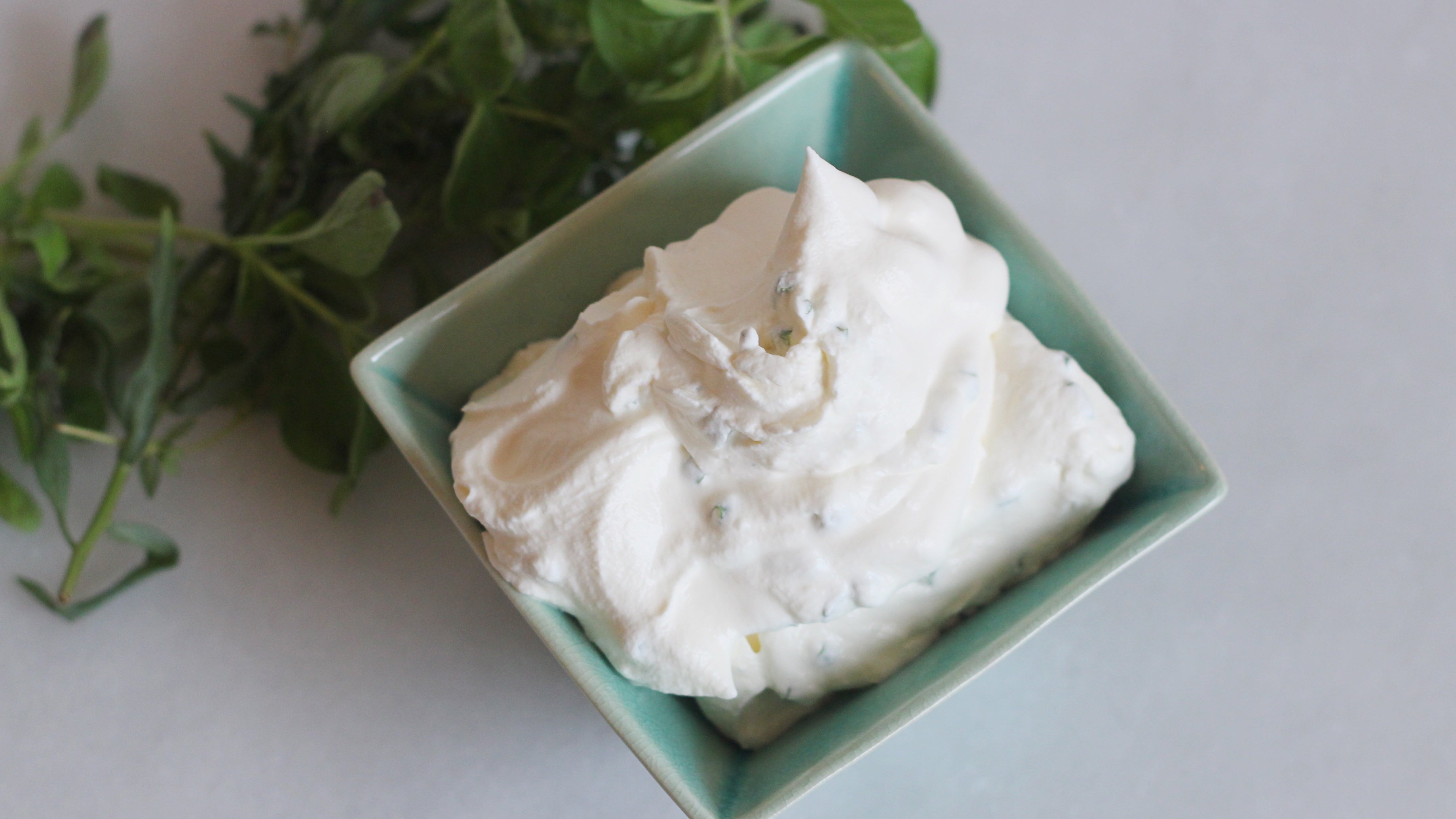 This is what luxury looks like (Photo: Claire Lower)

Once you have a dish (or menu) in mind, gather your favourite fresh herbs, because you have some infusing to do. I like thyme, marjoram, and tarragon, but you are free to do what you want and create your own flavour profile.

Chop them roughly, let them infuse in a cup of cream overnight, then strain. Add a pinch of salt, then whip. If you want, you can fold in some chives (or more of the same herbs), but it can be fun to keep the flavour invisible, for the sake of the surprise. (People never expect a savoury whipped cream.) To make it yourself, you will need:

Roughly chop the herbs and toss them in a jar with the cream. Seal the jar. Maybe shake it a couple of times. Leave the jar in fridge overnight, or up to 24 hours. Right before you plan to whip the cream, strain out all the little herby bits. 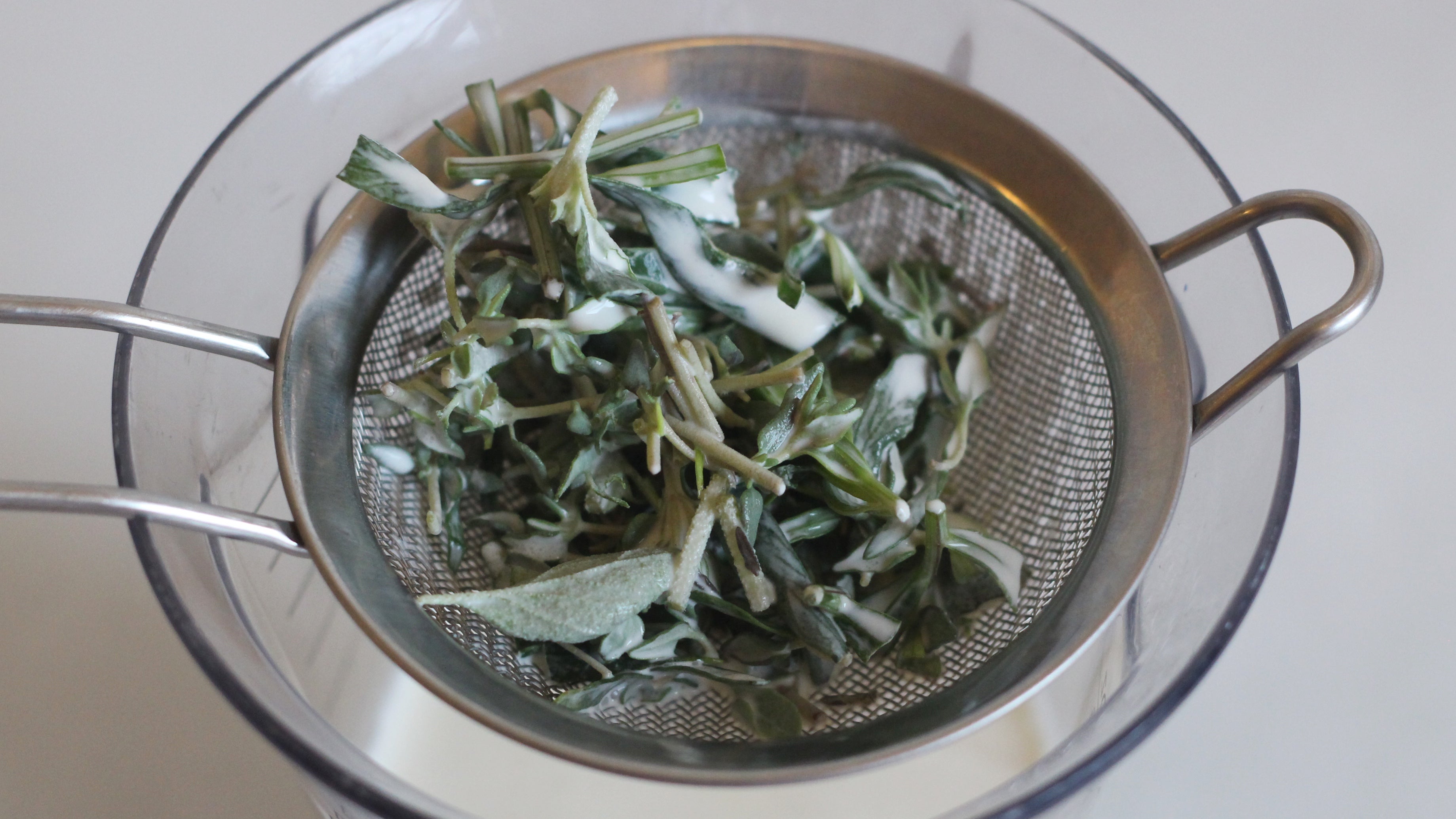 Whip the cream until slightly harder than soft peaks form. Fold in some chives if you want. Serve immediately, preferably to unsuspecting guests who never even considered the possibility of slightly salty herb-infused cream, then bask in their amazement. Repeat as needed.