Let the fall smartphone wars begin. Samsung came out swinging at Thursday’s Galaxy Unpacked 2019 event in New York City. We watched the entire keynote so you don’t have to, and here’s a quick recap of the company’s biggest announcements. 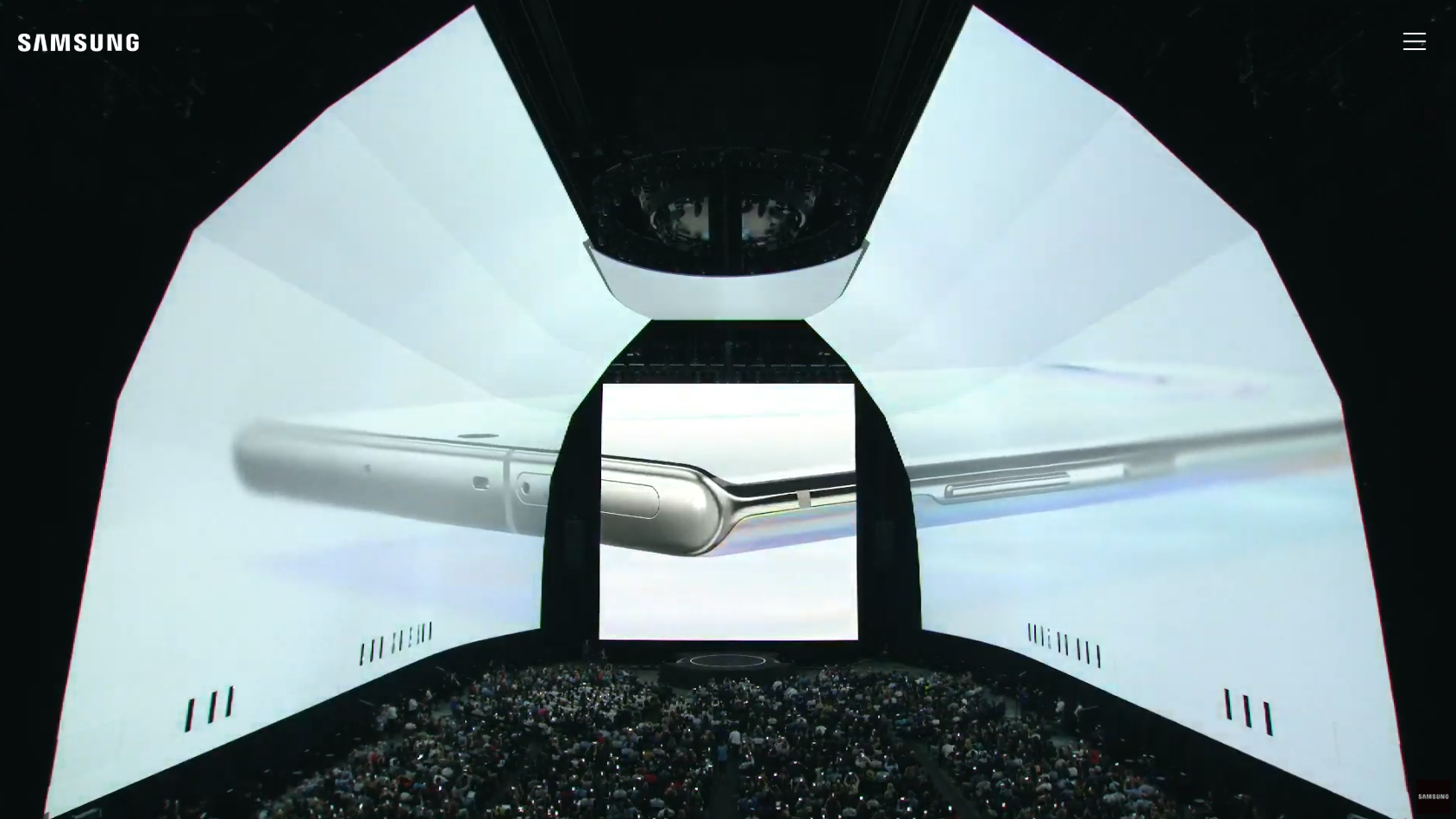 Apparently, the press embargo for hands-on previews of the Galaxy Note 10 broke the second Samsung CEO DJ Koh start talking, because I saw plenty of stories popping up to announce the device even before Samsung did. Let’s take a look at the key specs for the two(ish) versions of Samsung’s latest device:

Otherwise, the two devices share the same specs, including four cameras: one selfie, and three on the rear (for regular, wide, and telephoto shots). Let’s explore those a bit more: 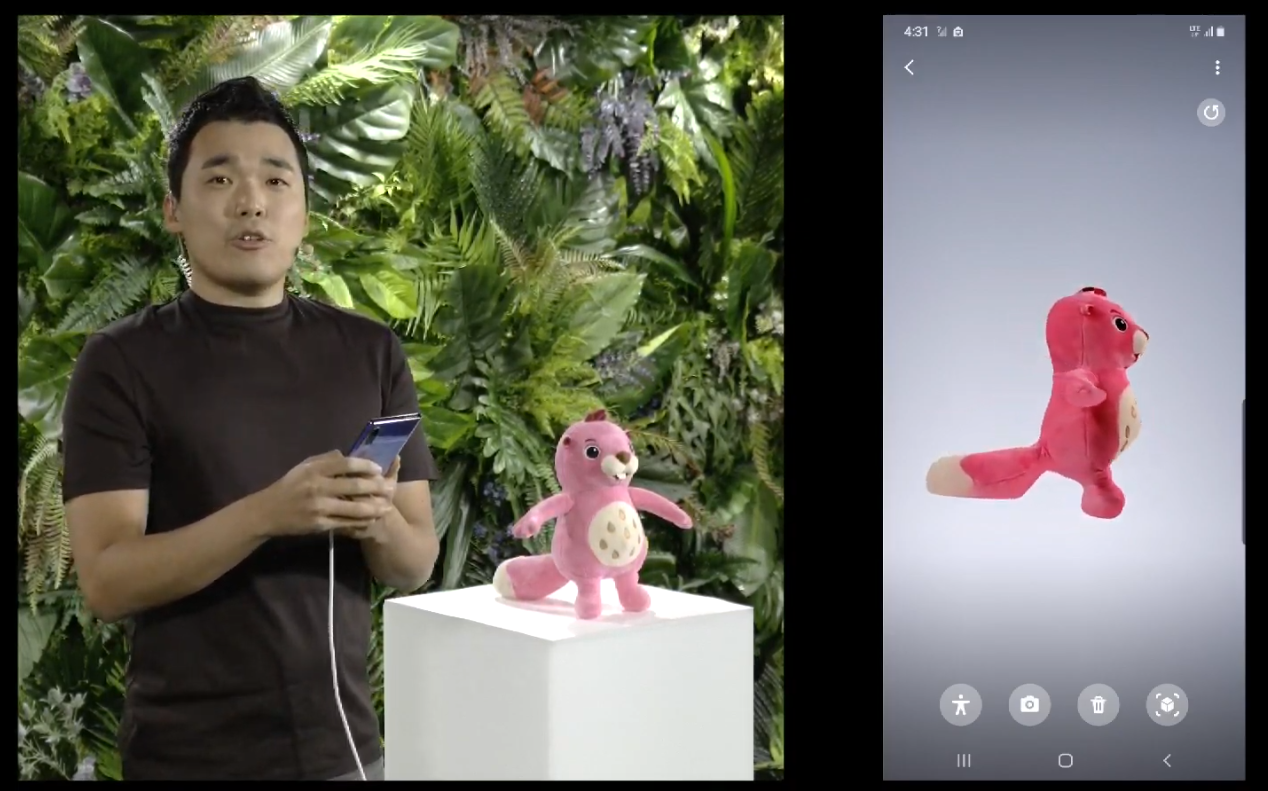 At the press event, Samsung showed off a special 3D-scanning mode for the Galaxy Note 10 cameras that allows you to move your phone around an object in space — scanning whatever it happens to be and then sending it to an associated 3D printer to make copies. Crude copies, no doubt, but copies nevertheless.

There’s no headphone jack on either device — sorry.

Both smartphones come with Samsung’s S Pen, which gets a good upgrade for this iteration. You can measure its battery life in hours, and it comes with a six-axis gyroscope and accelerometer which allows you to control aspects of your Galaxy Note 10 smartphone with gestures. Developers will have an SDK that they can use to incorporate gestures — er, “Air Actions” — into their apps, too. 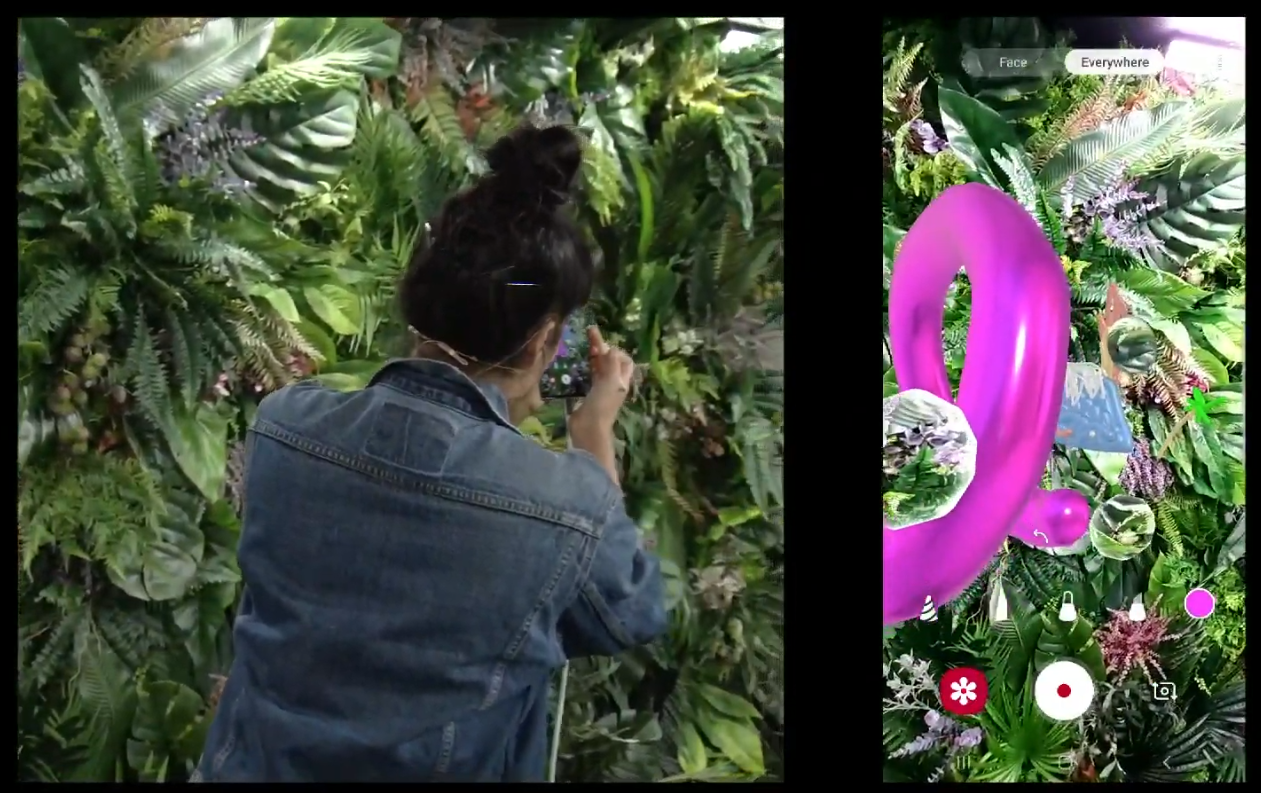 You can also use said pen — and a new “AR Doodle” feature — to draw elements in space and “stick” them to a person’s face, giving you a way to personalise photos with silly elements before you snap the shot. If you’ve ever drawn in virtual reality, the concept is similar.

The Galaxy Note 10 supports both Fast Charge 2.0 and “Super Fast Charging,” which will let you spend a TV episode’s worth of time to give yourself tons of battery life via 45-watt charging. 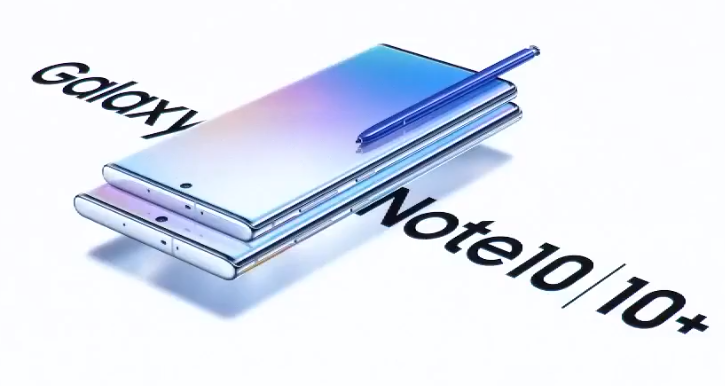 From our pals over at Gizmodo Australia:

Here in Australia the entire Note 10 range will be available either in Aura Glow or Aura Black.

Pre-orders open on August 8 but the series will land in stores and online on August 23. […]

Aussies who pre-order between 9am AEST on August 8 and 11:59pm AEST August 22 from particpating retailers will score a free pair of Samsung’s newly-announced AKG Wireless Headphones, which have an RRP of $499. 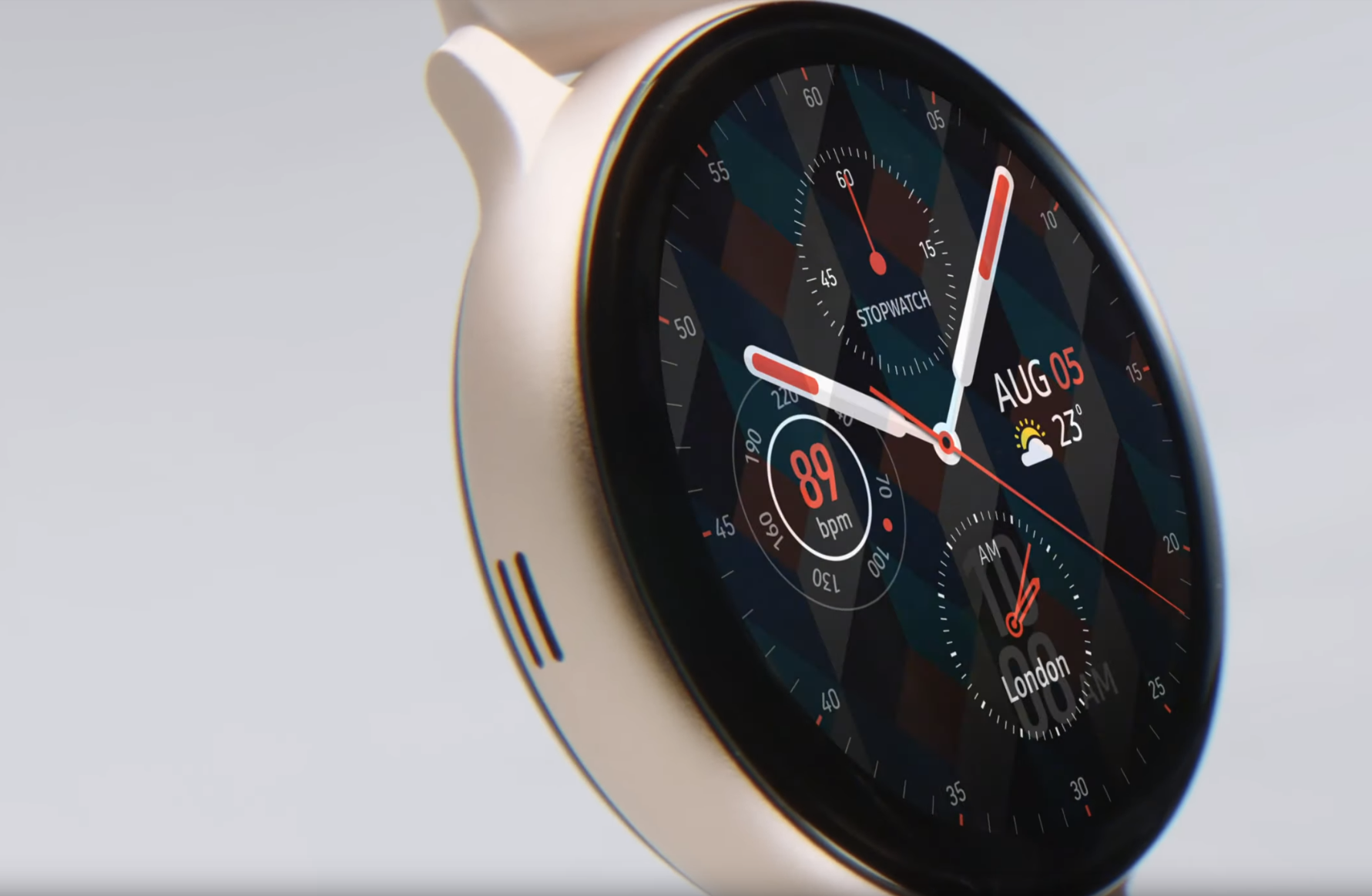 Samsung already unveiled its latest smartwatch earlier this week, but why not do it again? It comes in 40mm and 44mm versions, has a baller-looking digital rotating bezel, and can monitor your stress levels and sleep quality in addition to your heart rate — typical smartwatch stuff.

You’ll also be able to pick up an Under Armour edition of the smartwatch, which is basically Samsung’s answer to the Nike iterations of the Apple Watch. The Under Armour watch will come with its MapMyRun app built right into the device, which should also be able to offer you coaching on your form. You can even connect your smartwatch to — you guessed it — Under Armour “HOVR Connected running shoes.”

Slap the watch on your Galaxy Note 10 phone, and you’ll be able to charge it up wirelessly, leeching your smartphone’s battery like a digital vampire. Australian pricing and release date has not yet been announced. 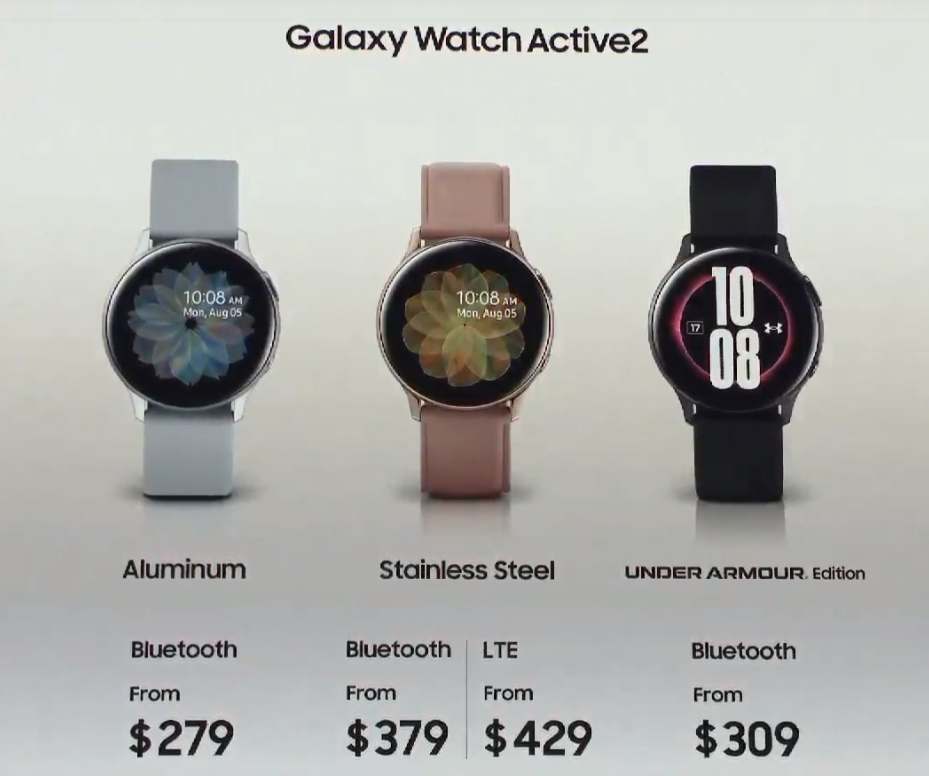 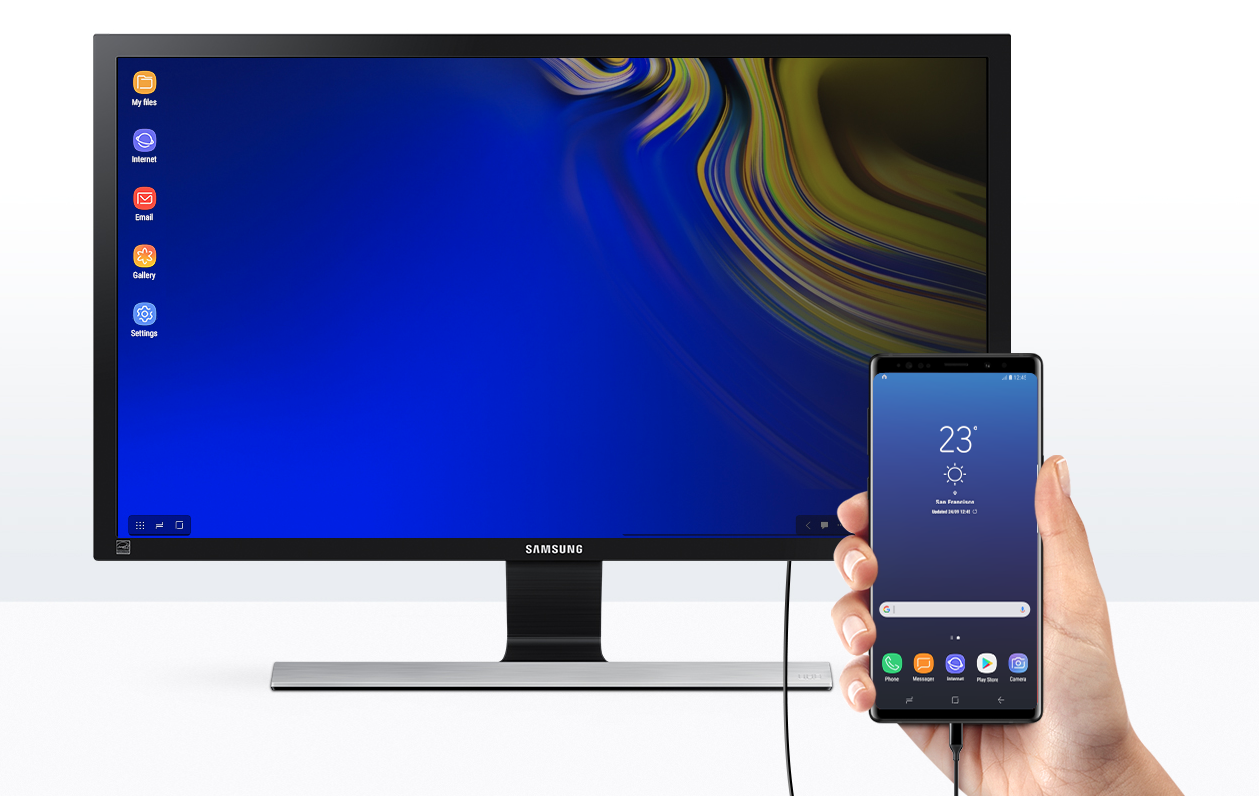 Samsung’s Galaxy Note 10 smartphones support Microsoft’s useful Your Phone integration with Windows, as well as a upgraded version of Samsung’s DeX software. With the latter, you only need to plug your phone into your Windows PC or Mac, and you’ll be able to drag and drop files between the two, access your phone’s apps, photos, or files and read messages (or text friends).

Though Samsung didn’t really talk about it much at the event, the Galaxy Note smartphones should also come with a “Play Galaxy Link” capability that will allow you to — theoretically — stream games from your PC to your smartphone. There are scant details on this, but look out for it as we get closer to the device’s launch date. Who wouldn’t want to fire up some World of Warcraft on their smartphone? 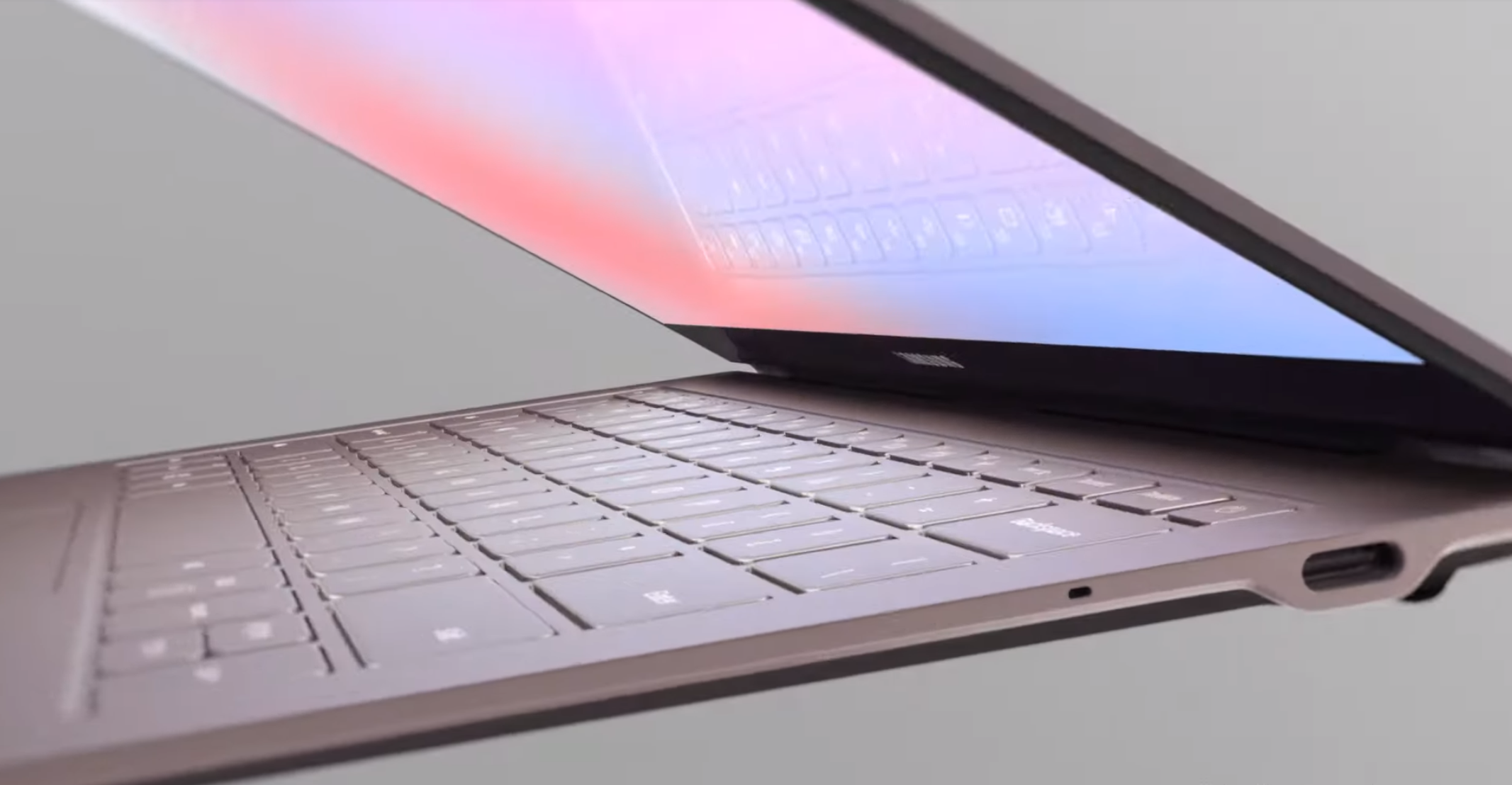 Hello, ultraportable laptop. Samsung didn’t have a ton to say about this one, but here’s everything we know: The 1kg laptop comes with a 13.3-inch touchscreen display and a Qualcomm 8cx chip with LTE “always-on” connectivity. It runs Windows 10, has a whopping 23-hour battery life (claims Samsung), and charges via USB-C. You’ll be able to pick it up in September in the U.S., with no confirmed release or pricing for Australia.

Samsung and Microsoft are now BFFF, not just BFF 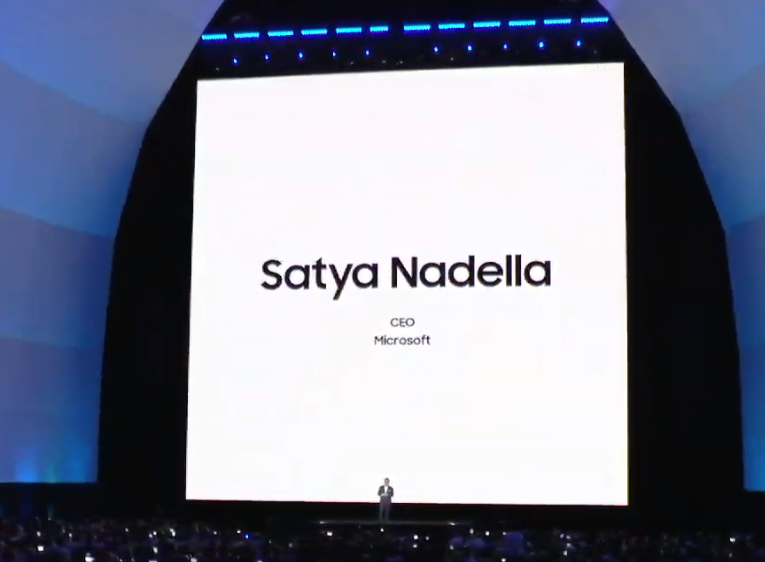 At the event, Samsung CEO DJ Koh brought out Microsoft CEO Satya Nadella to chat about the two companies’ “Open Collaboration,” as he phrased it. The two companies are revitalising their partnership and looking to make it as easy as possible to increase your productivity on any device you own, anywhere you want to work.

I was kind of hoping for something more to talk about than that, but there you go. Nadella got a lot of applause, at least, even with flash flood warnings blaring on audience members’ devices right before the big reveal. Ah, technology.