Sydney Has One Of The Highest Surveillance Levels In The World

Heavy surveillance is often the subject of terrifying dystopian films because it goes straight to our core fear of being watched. A new report has revealed the world’s most-surveilled cities – and Sydney isn’t far from the top.

Nobody really likes the idea of being monitored and snooped on, of course, but surveillance in cities can also be a great crime prevention (or investigation) measure. So it’s about striking a balance between the two.

Surveillance As A Service Is Coming

Researchers at Comparitech found Chinese cities are under the heaviest CCTV surveillance in the world, dominating nine spots out of the top 20. This included eight out of the top 10 and all top five cities. Chongqing took out the top spot with more than 2.5 million CCTV cameras for a population of around 15 million. That equals 168 cameras per 1000 people.

Interestingly, Chongqing had a fairly low crime index rating of 33.18 (out of a possible 100) and the other top five cities in China were all below 50, indicating they’re pretty safe too. It’s not clear whether there’s a casual link.

But discounting Chinese cities, Sydney was sixth in terms of surveillance behind London, Atlanta, Singapore, Abu Dhabi and Chicago. 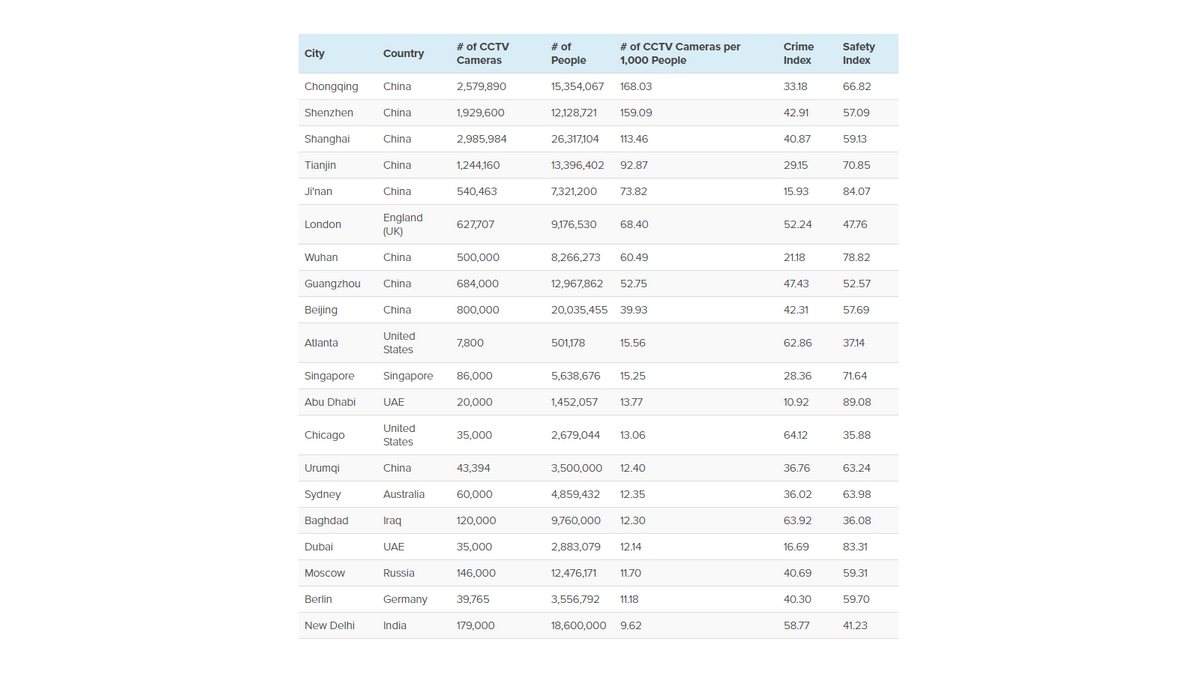 Sydney has around 60,000 CCTV cameras, according to the report, for a population of nearly five million, a rate on par with Iraq’s Baghdad and Russia’s Moscow. The next highest Australian city was Canberra with nearly 2500 CCTV cameras for its population of 450,000. Both cities had a crime index rating of 36.02 (Sydney) and 19.78 (Canberra), suggesting they’re both relatively safe.

The issue with surveillance aside from a feeling of being watched is that with better facial recognition technology, some are concerned governments will be able to track movements of all citizens, suspect or not, as well as security concerns about a government database, full of our faces, being hacked. 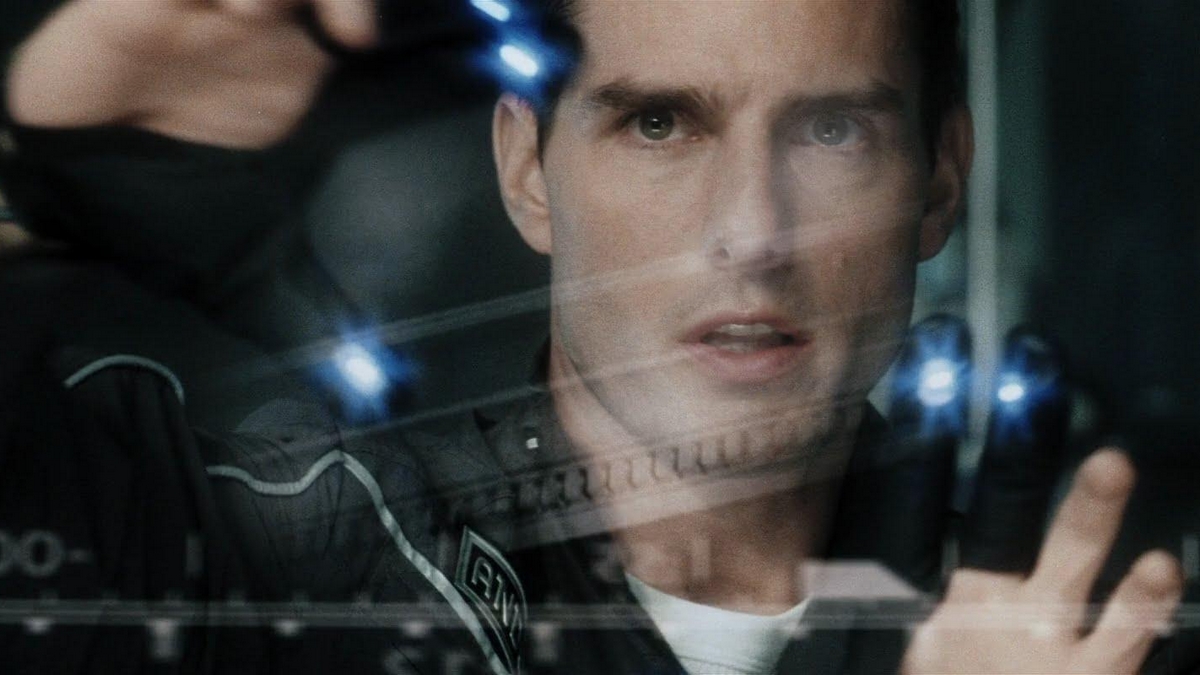 This is all sounding very familiar… Image: DreamWorks Pictures

In 2018, a bill called the Identity-matching Services Bill 2018 (IMS Bill) was introduced into parliament, designed to provide the Department of Home Affairs with “legal authority… to collect, use and disclose identification information in order to operate the technical systems that support the face matching services.”

While it’s yet to pass, the facial recognition system, National Facial Biometric Matching Capability, or ‘The Capability’ (shivers), will allow Australian crime agencies to help identify, track and capture “suspects or victims of terrorist or other criminal activity.”

“Agencies in all jurisdictions will be able to use the new face matching services to access passport, visa, citizenship, and driver licence images while maintaining robust privacy safeguards,” the Home Affairs website reads.

“The Face Identification Service (FIS) is a one-to-many, image-based identification service that can match a photo of an unknown person against multiple government records to help establish their identity. Access to the FIS will be limited to police and security agencies, or specialist fraud prevention areas within agencies that issue passports, and immigration and citizenship documents.”

The EU Takes Another Step Towards The Surveillance Society

Travelling in the European Union is about to become either easier, safer or spookier. Last week, the EU parliament voted overwhelmingly to create the Common Identity Repository (CIR). This will be a massive database of over 350 million biometric records that consolidates data from several other repositories. The data will not be limited to just EU citizens - anyone travelling within the EU will be swept up in this new system.