Make A Vegan Cream Sauce Out Of Roasted Onions

Onions are not known for being “creamy.” Bright? Yes. Acerbic? Sure. Painful? Sometimes. But not creamy. However, if you roast them in a hot oven for just shy of an hour, they become just that—soft, mellow, and downright creamy.

This vegan cream alternative — which (as far as I can tell) was brought into the world by ChefSteps — isn’t the kind of cream you want in your coffee, but it is quite excellent when drizzled in soups, used as a base for a dairy-free sauce, or added to a bake instead of, well, cream. It’s lighter than full-fat dairy, but still surprisingly thick and luscious.

Making it is quite easy. Grab some onions. Do not peel them. Coat them with a small amount of olive oil. Put them in a 200 degrees Celsius oven until the outsides turn brown — about 45 minutes to an hour (the onion insides may start to ooze out). Take them out of the oven and let them cool until you can peel them without pain, then peel them and throw the mushy, gooey insides in a blender with a little oil (to taste), salt (to taste) and lemon (also, shockingly, to taste). Blend until you have a smooth, creamy sauce. 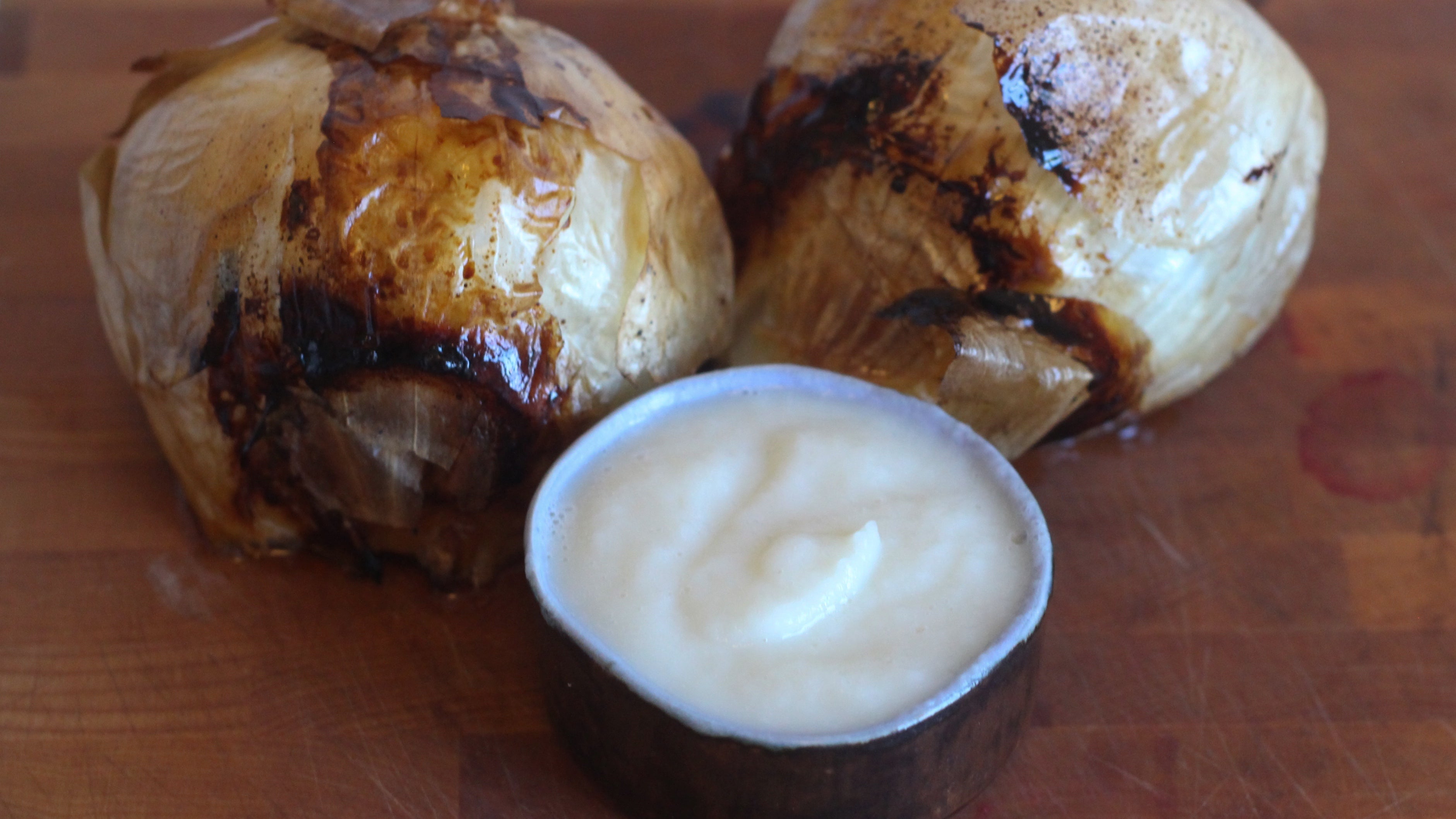 White onions work well, but don’t box yourself in. A wide variety of onions, and even shallots, make a delicious, creamless cream. (I don’t think anyone would be mad if you tossed a head of roasted garlic in there either.) Just keep in mind that the smaller the vegetable, the quicker it will cook. You’ll know your allium is ready for creaming when the outside paper is dark and a sharp knife can pierce it like soft butter.

As for flavourings, ChefSteps recommends olive oil and lemon, but you can really add dimension by switching out the fat. Hazelnut and pistachio oil add a nice nutty richness, and toasted sesame oil really takes it to a super savoury, roasted place.

There are almost endless ways to customise this “cream.” Want something with cheesy vibes? Add a bunch of nutritional yeast. Need a sauce that tastes like Pringles? Add some MSG. You have options, is what I’m saying.