Kombucha Is The Secret To This Sweet And Sour Prawns 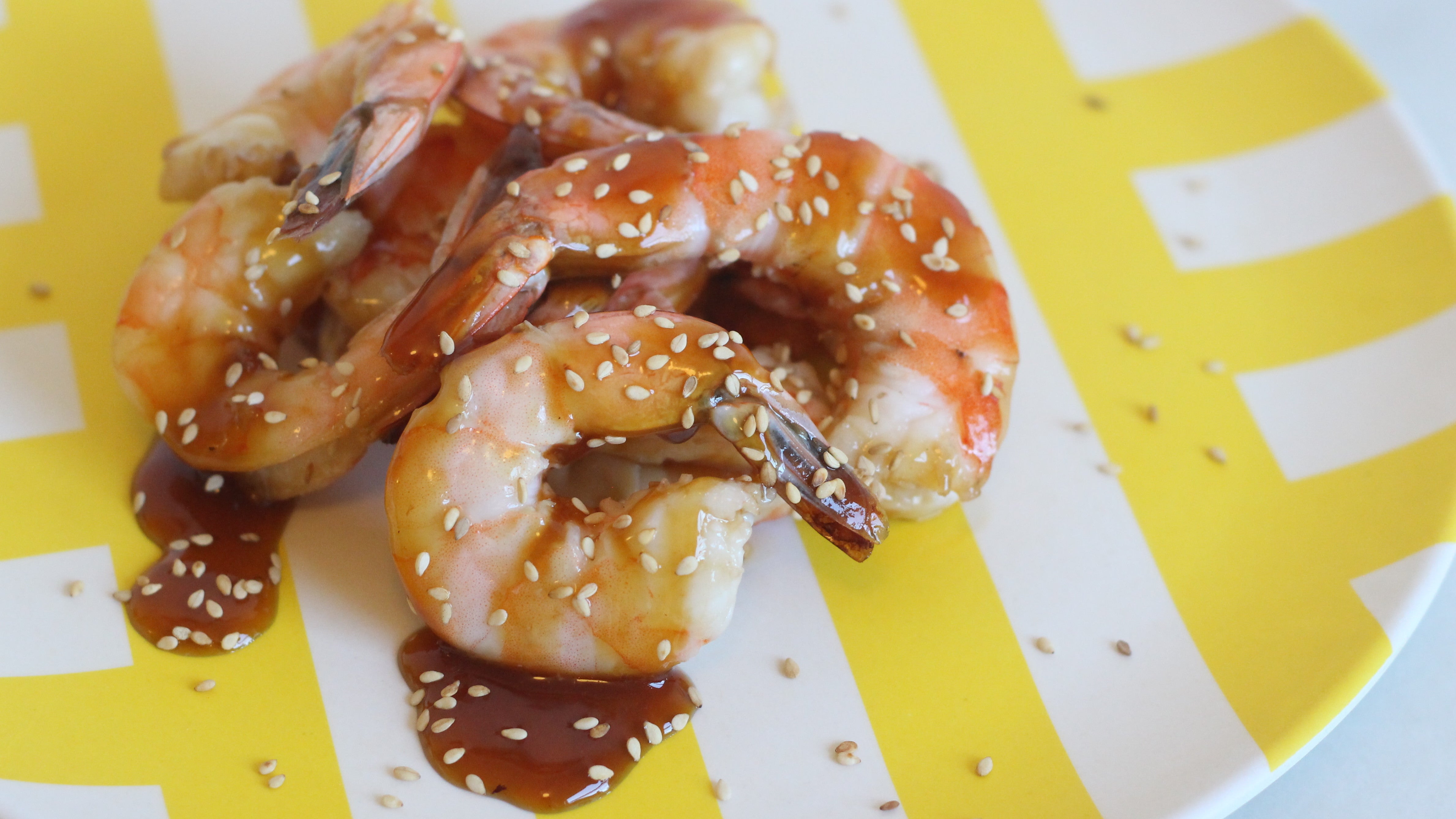 Prawn is a food that doesn’t need a lot of fussing, but sometimes it’s fun to get saucy with it, especially if that sauce is of the sticky, sweet and sour variety. Surprisingly, kombucha works very well here, both as a marinade and as the base for your sauce.

After all, ‘booch is essentially less aggressive soft drink for rich hippies, and soft drink can be a banging marinade. But it’s kombucha’s gentle vibes — its touch of sugar, botanical-leaning flavours, and subtle acidity — that make it a good partner for prawn, which can be get mushy if over-marinated.

All you need is a little soy sauce, and maybe some garlic if you like, then a bit of honey and cornstarch to sweeten and thicken at the end. The resulting sauce has mall food court vibes, which is a huge compliment coming from me, because I love mall food court food. To make one serving (which you can scale up as needed), you will need:

Combine kombucha, soy sauce, and garlic in a bowl and whisk to combine. Add prawn to a shallow container or 1L freezer bag and pour the marinade over prawn. Close the bag or cover the container, and set the prawn in the fridge for half an hour.

After 30 minutes has elapsed, remove the prawn from the marinade, lay them out on paper towels to dry, and pour the marinade in a small sauce pan. Bring the marinade to a boil.

In the meantime, turn on your oven, and toss a tray in to get nice and hot, leaving it in there for at least five minutes. Toss the prawns in a drizzle of olive oil to lightly coat them, then lay them out in a single layer on baking paper and cook for 3-4 minutes, until they are just firm and pink. Remove immediately.

Once the marinade is boiling, let it cook for a couple of minutes, then reduce to a simmer and add two tablespoons of honey. Give it a little taste (let it cool in the spoon a bit first), and add more honey if needed. (This will vary depending on the salinity of your soy sauce, and how much it reduced.)

Mix the water and cornstarch to make a slurry, then gradually add the slurry, a tablespoon at a time, until you have a thick, glossy sauce. Serve on the side for dipping, or peel your prawn and drizzle on top. Sprinkle on some sesame seeds if you so desire.